Holy mother of flat-six, this woman’s Porsche collection is outrageous

And her knowledge of all things Porsche is even more so
by Rowan Horncastle | Oct 3, 2021 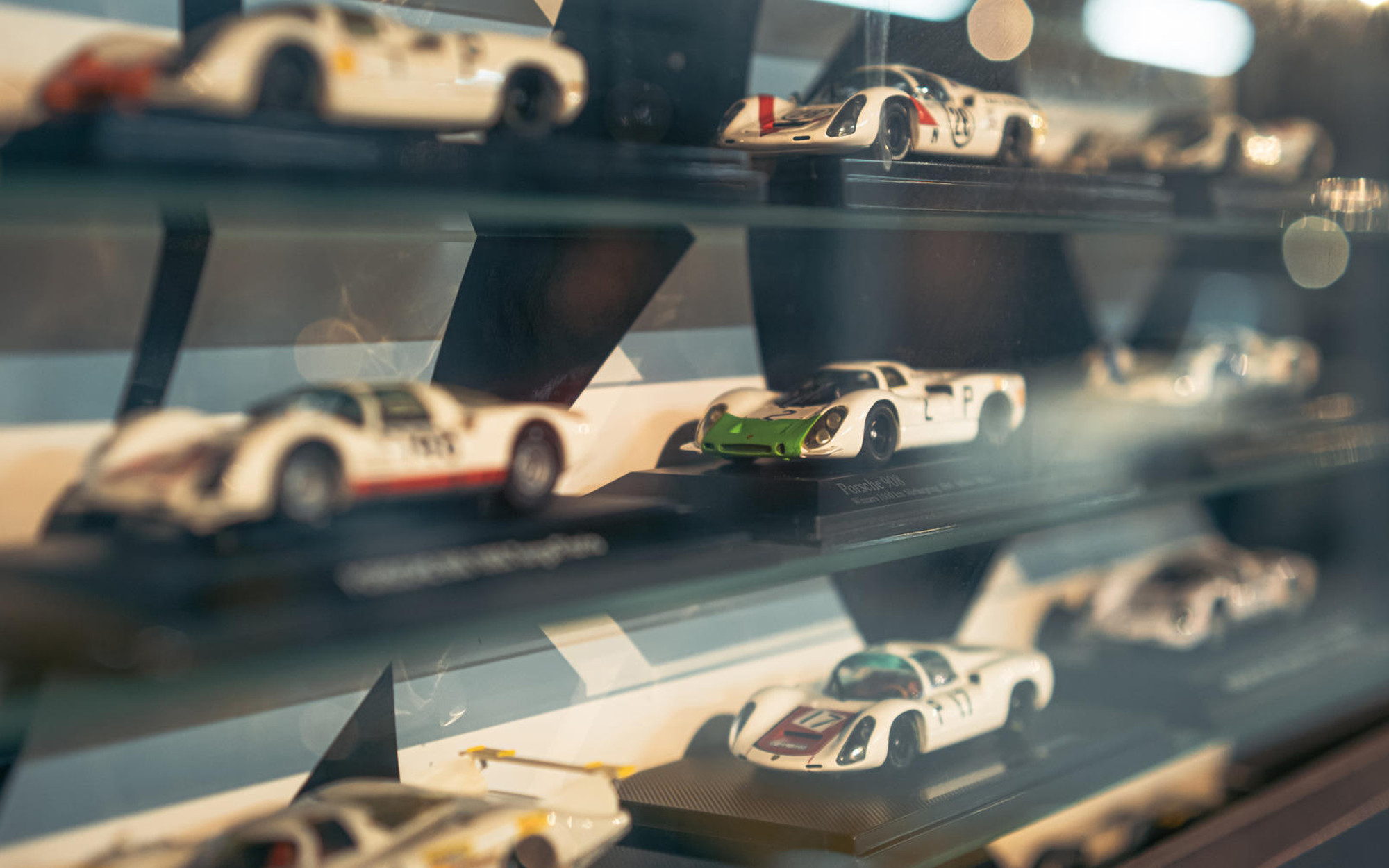 “The only reticence to my gender has been on track”

Michelle Hambly-Grobler isn’t your normal crusty old car collector. With a piss pot helmet framing her unapologetically unkempt locks, she skirts around a 19th-century woolshed with languid limby movement and intense blue eyes. We have come to her home-slash-garage-slash-museomegaplex, and four hours into a ‘quick’ (I think quick may mean something different in Afrikaans) tour, she’s finally stated the bleeding obvious.

Her private South African sanctum to Stuttgart’s arse-ended machinery is a sensory overload. In one corner, a TV on constant loop with Lewis Hamilton’s best races blaring out of a speaker made from a Porsche GT3’s exhaust. In the middle, the most amazing and colorful platter of high-protein Pork from every era of the company’s history. Hanging from the walls and ceilings, the grouting: disparate tessera of memorabilia, souvenirs, history, and gauche Porsche sequin scatter cushions.

Then there’s the headline act—the compère—Michelle. She’s a true unruly supernova of passion. One with an enviable encyclopedic knowledge of, well, everything Porsche. Having been on the front line of her verbal offensive for a few hours now, I’m pretty sure she could cut the most learned Porschephile off at the knees, gobble them up, and spit them out in a Ferdinand Porsche Fact-Off. It’s captivating. But exhausting. As my poor little desiccated lockdown brain craves more RAM to chew through and process what I’m witnessing.

“I call it my ‘Lady Cage,’” Michelle says in her soft, motherly Cape Tonian inflection. You’d think ‘Lady Cave’ (the simple feminine translation of the popular masculine phrase ‘Man Cave’) would be a better fit, but according to Urban Dictionary, this means something quite different. There’s a bigger problem than the name, though: Michelle’s obsession has exploded, and the real estate inside this incredible facility has become ever-increasingly scarce. Luckily, Michelle has found new space: her skin.

Turning her forearm to the light, she proudly presents the iconic silhouette of Porsche’s genesis—the 356—embodied in ink. “It’s that baby there,” she says, pointing to a pristine 1962 Porsche 356 Super 90. See, where most 50-odd-year-old mothers of six kids take up Zumba when their kids fly the nest, Michelle decided to get into Porsches and tattoos.

“It all started eight or nine years ago when I got to drive a ’73 RS lightweight,” she recounts. “I’m six foot one, so never really feel comfortable in a car. But this was different. My whole body, shoulders, and arms were just tucked in. I sat low, with my arms out on the steering wheel, and it just felt...right. Then I drove it and I felt something I hadn’t felt before: connection. I was connected to the engine, the chassis, the steering. The entire car encapsulated me. It enclosed me. I felt the most comfortable and satisfied I’ve ever felt in a car.”

Prophetic stuff. If not a little preachy. But unlike with those weird US TV evangelists, you can feel there’s substance in what she says. Largely through the spirit in how the message is projected, but also because cars have been in and around Michelle’s family for generations. Her great-great-grandfather set up a wagon wheel repair shop when settling in South Africa. Her grandfather owned a Ford dealership in Ceres, so her father gained a passion for cars—especially Fords—that was passed on to Michelle, the oldest of four children.

“My first real memory is of my father draining the oil of our family Ford Fairlaine when I was about three. I remember getting a paintbrush and painting the walls with it,” she says. Where most parents would turn puce at the thought of kids decorating the walls with Castrol cave paintings, Michelle’s father was delighted. They grew up forming a bond around cars, with Michelle and her siblings spending their youths going on lengthy family road trips, learning to drive on tractors, and heading to Killarney race circuit in their pajamas to watch their uncle race a Gordini on a Friday night.

Michelle was set to inherit the beloved family Fairlane, but it was written off weeks before her 18th birthday due to brake failure. So, she headed to university (to study international law) in a VW Karmann Ghia. Then she went through a Beetle and a Suzuki Jimny before meeting her husband and buying a BMW 320i. Six kids meant a VW Caravelle was necessary transport, but she’s also had a 1968 Ford Mustang Fastback, a 1958 Chevrolet Corvette, and a Citroen Traction Avant. An impressive CV, but why go from a mother of six to the mother of flat-six?

Well, that drive. Losing her Porsche L-plates to that 2.7 RS didn’t just flick a switch, it provided a sensation that raced down her brain stem and tickled her lizard brain for more. A lot more. Being a furious investigator and history buff, she started hoovering up every morsel of information on Porsche’s history, retracing the roots of Ferdinand and Butzi, but also embedding herself within the Porsche community, attending events like Germany’s famous classic car part jamboree and smoking convention, Techno Classica Essen. Then, over a few years, she went on a mad shopping spree. Luckily, before the whole air-cooled Porsche market went utterly crackers about five years ago.

Buying cars doesn’t make you a car aficionado, though; just ask Chris Evans—the ginger one, not Captain America. That’s why you can tell Michelle has got something special. She walks the walk, talks the talk...and then has a build room with rolling chassis, engines, and gearboxes, and can recite their history and numbers like her children’s phone numbers. But I wonder how being perceived as this ‘crazy Porsche Lady’ has gone down in the incredibly male-dominated arena of Planet Porsche.

“What I can say about the whole gender issue is that they’re all quite taken aback that somebody like myself would be interested. They perceive women not to be interested. But there is vast interest. Lots of women are really interested in cars; they’ve just never embraced it because they’ve always been shut out.”

A place she’s inspired by and has been welcomed into is LA’s booming air-cooled scene. Meeting 356 maestro Rod Emory, Singer’s Rob Dickinson, and a scruffy lad from Sheffield called Magnus Walker had a profound effect on her—something she wanted to capture, bottle, and replicate in Africa. And even though she’s happily married, she wilts over the apparent magnetism of Magnus. So much so, she came back wanting dreadlocks. But her husband refused. So, she got the 356 tat instead...and has another ink appointment booked in.

“I’m getting an engine on this arm. A Type 547: 1,500cc, four-cam, roller bearing crank. The missing engine for that,” she says while pointing at a barn find Porsche Formula 1 car, the Bill Jennings Porsche ‘Jennings Special.’ It’s her latest vice, a car with provenance and thoroughbred South African racing history—something that won’t do numbers on Instagram and isn’t easily flippable for a profit like a Carrera GT. It’s a project that’ll take time, dedication, and passion to get back up and running. Perfect for Michelle, then.

But where will the tattoos take her next? Sleeves chronicling the evolution of 911s? A Mezger on her calf? ‘Taycan’ written across her back when Porsche starts throwing some influencer Rand her way?

The Porsche parasite that Michelle was infected by was all-consuming, also getting her into racing. “The only reticence to my gender has been on track,” she shares. “It’s very, very difficult to be taken seriously, especially here in South Africa.” She’s not mucking around, either, entering local hill climbs in a 944 Turbo, competing in the Bernina Gran Turismo, and doing endurance races at Killarney. One of which ended in disaster back in 2015. While practicing in her 1974 short-wheelbase RSR replica, Michelle crashed at 100kph. She broke her collarbone, ribs, and vertebrae one, four, and seven in her neck; she was put in an induced coma for two weeks. The shunt was so violent, it cracked her HANS device. It didn’t put her off, though. She went and got an FIA license afterwards.

Meet ‘Ferdinand,’ Michelle’s beloved 1958 Porsche Diesel Junior 108 tractor. Depending on your Porsche nerdiness, you may or may not know that Ferdinand Porsche wanted to empower people not just through cars, but also by offering them the ability to put food on the table. Turns out even the most moneyed Porsche enthusiasts had no idea that the man behind the 911 also made farming equipment. “I had the privilege of hosting the 918 circle club here, a group of high-net-worth 918 owners. But seven of the 12 didn’t know that Porsche had ever made tractors.” So, Michelle sat them down and gave them a lecture. I’m guessing a lengthy lecture before cracking out her Porsche bible and reading Psalms 9:17, 9:56, and 9:04.

Michelle on: Her next project

In the late ’50s, a plucky South African racer called Bill Jennings wrote to Porsche asking for an engine and a gearbox. He’d built a Porsche Formula 1 racer based on the same design as a car Sir Stirling Moss raced. Porsche said it wouldn’t, as it had its own works factory team. But because the carmaker rated his enthusiasm, at the end of the 1959 season, Porsche shipped over a spare engine and a gearbox. Jennings used it to race in Formula 1 from 1960 to 1963, where the engine and the gearbox were later separated from the chassis. A few years ago, the car was found in a barn near Hermanus with a chopped nose (to allow for a bigger radiator and missing rear cowl). Michelle bought it and has now started to restore it, but is on the hunt for the missing Type 547 engine. Even going to the extent of tattooing the block number on her arm so she can’t forget it. Now that’s commitment. 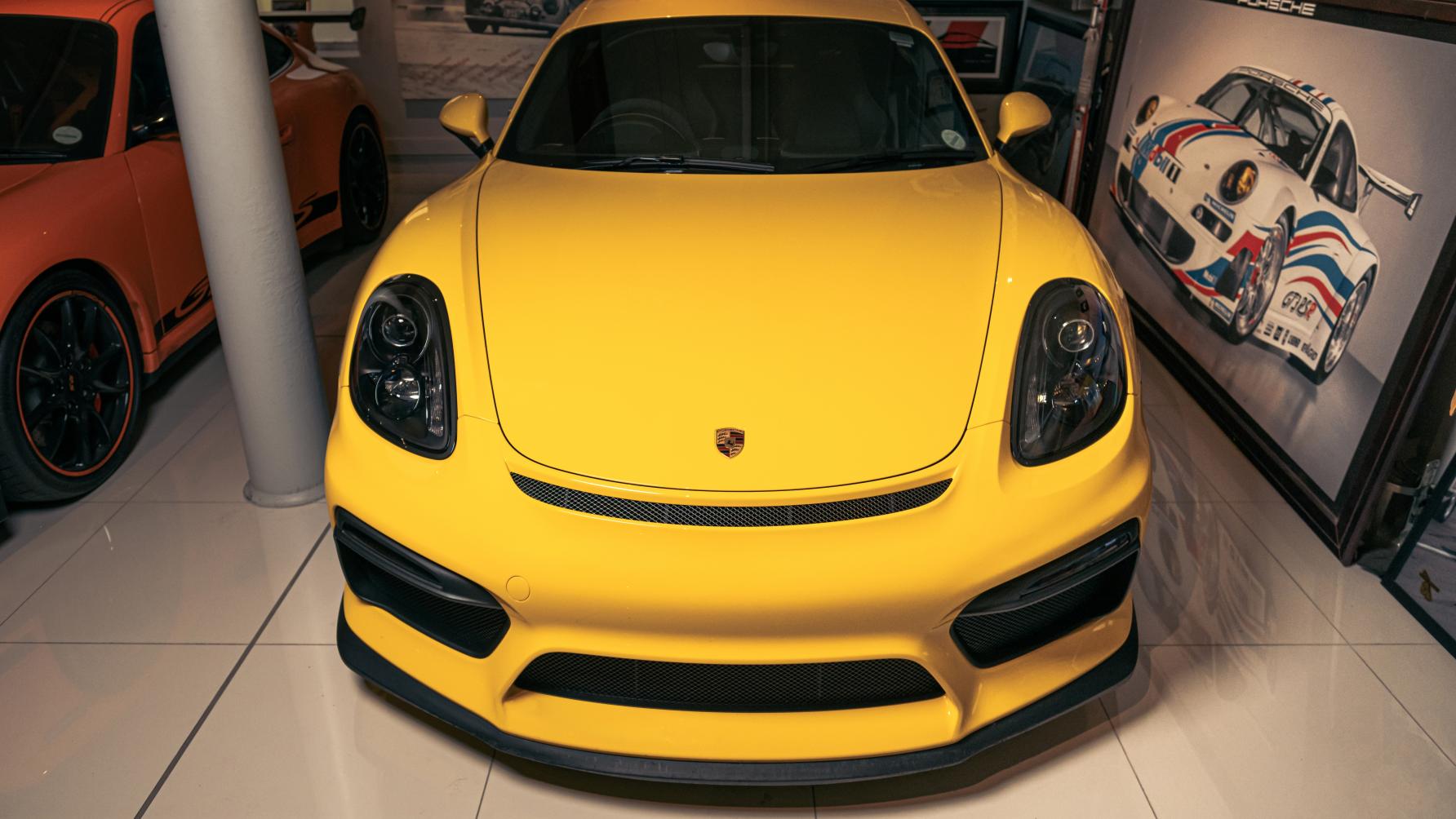 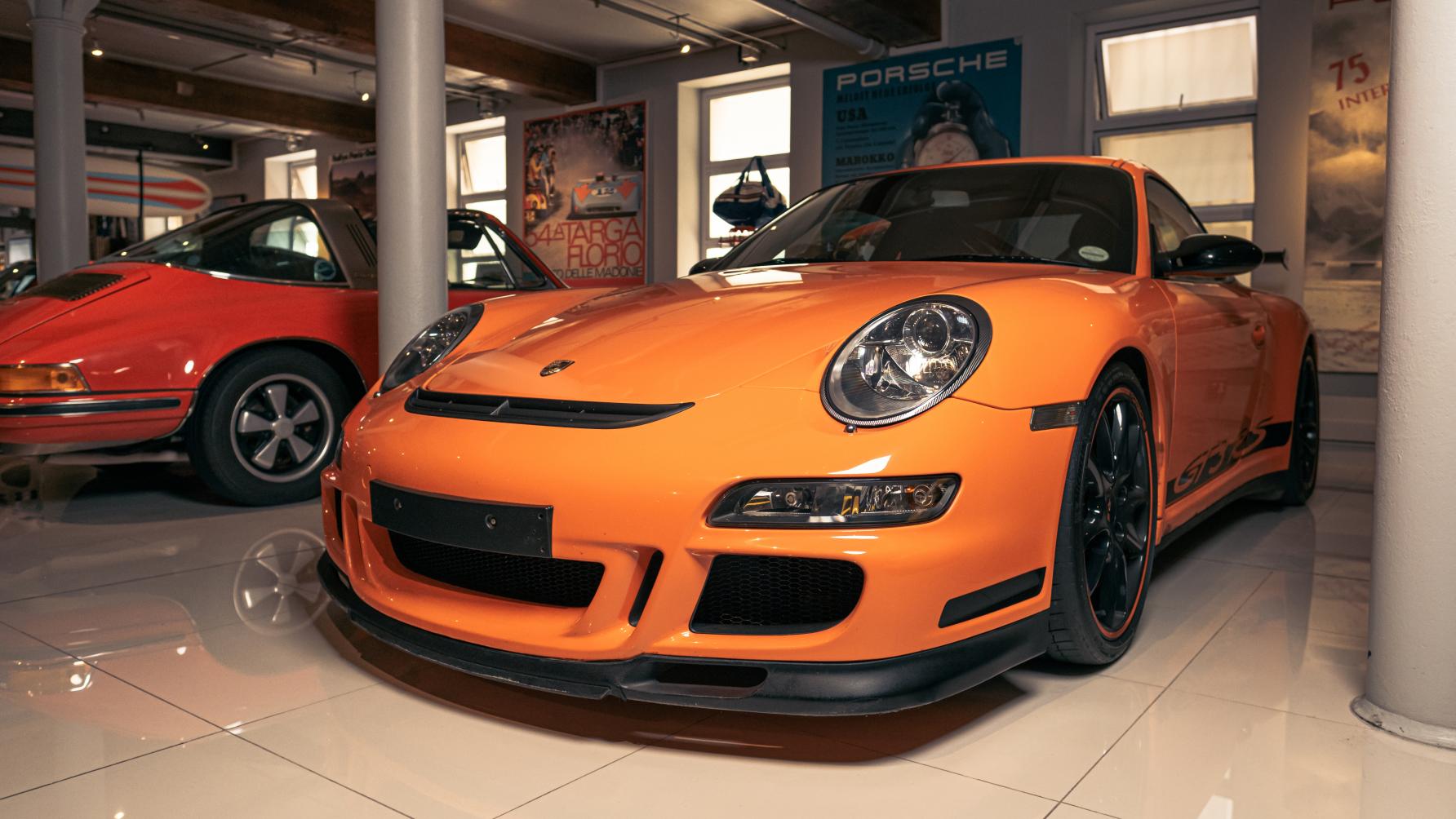 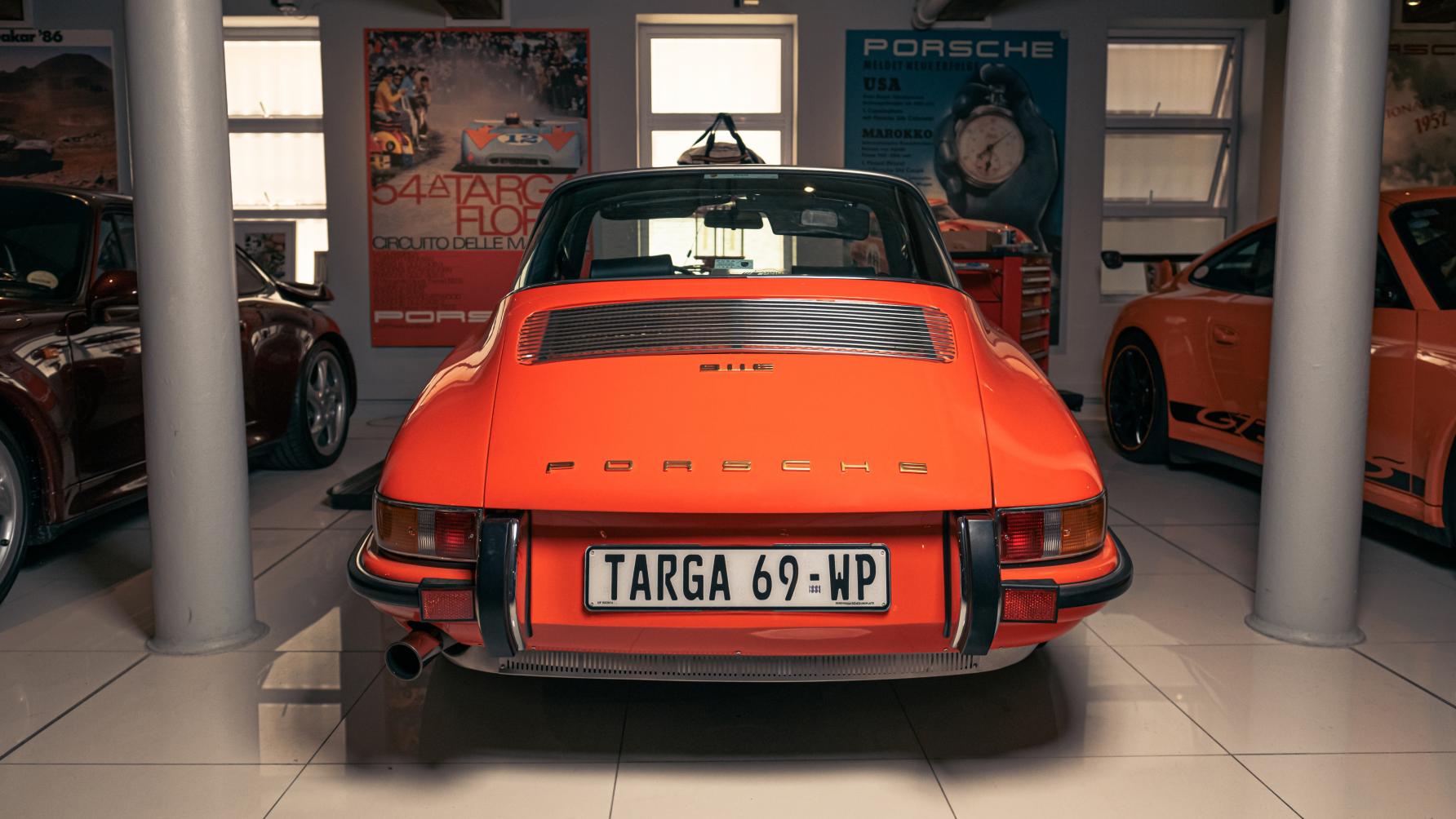 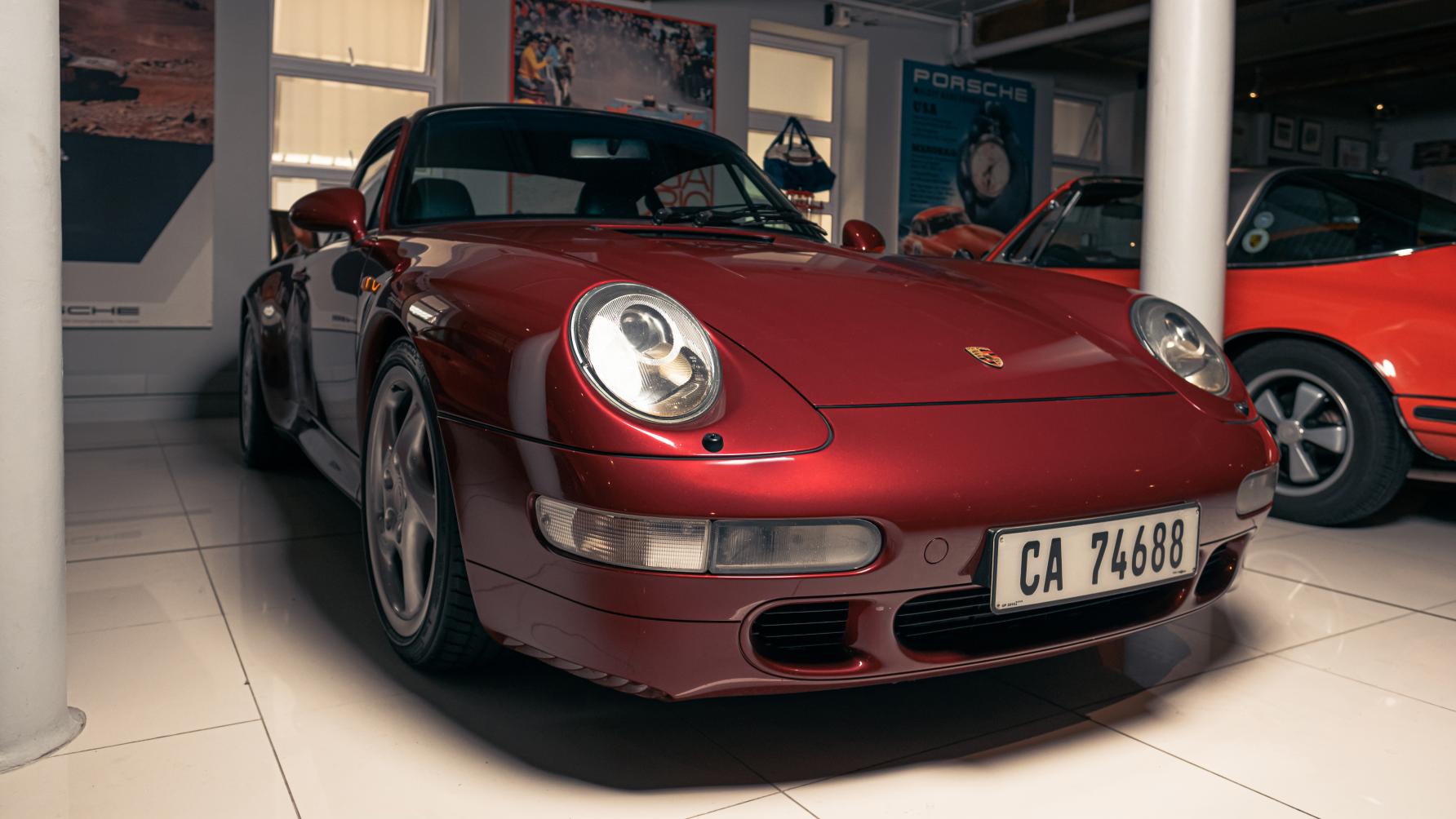 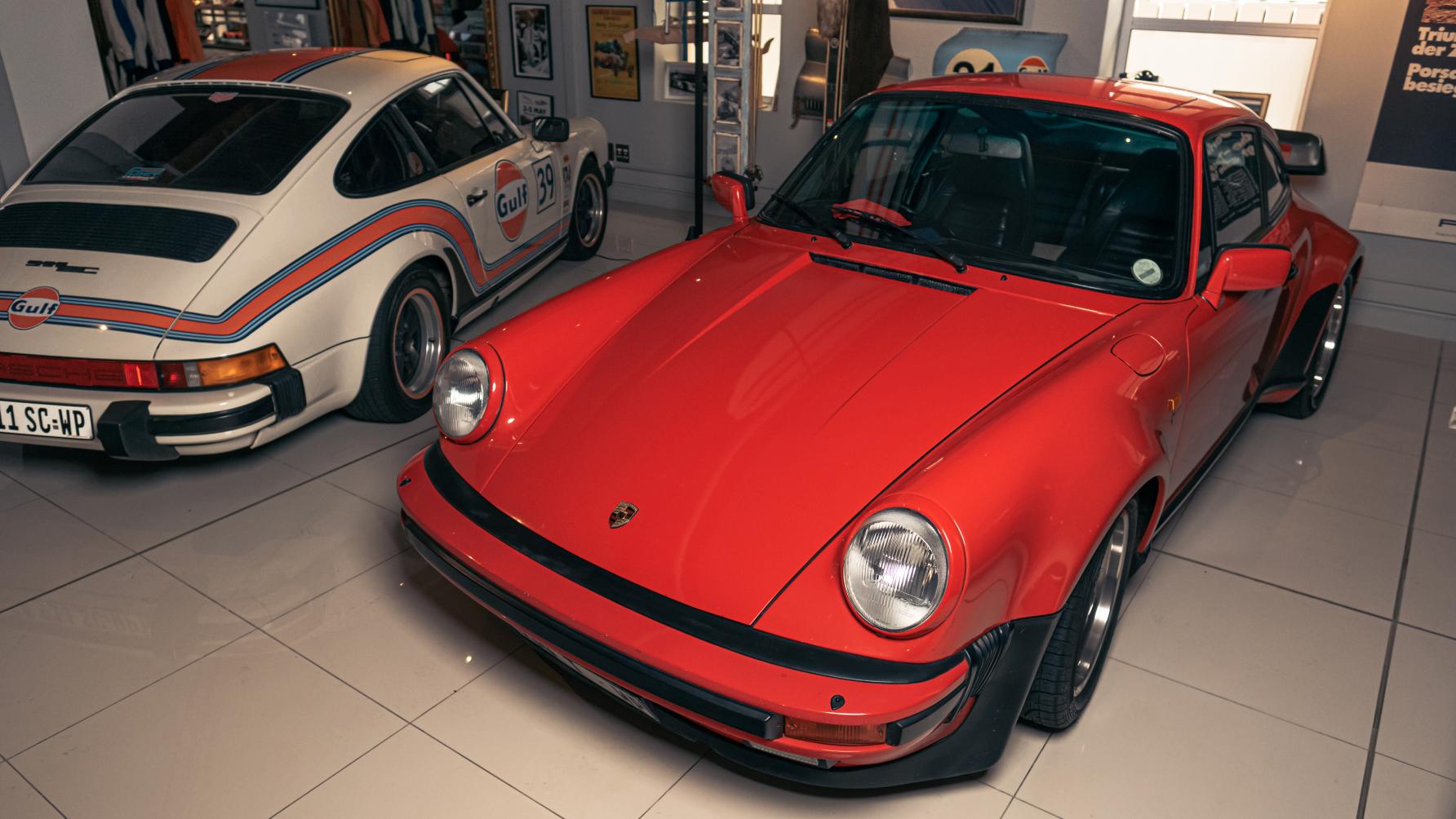 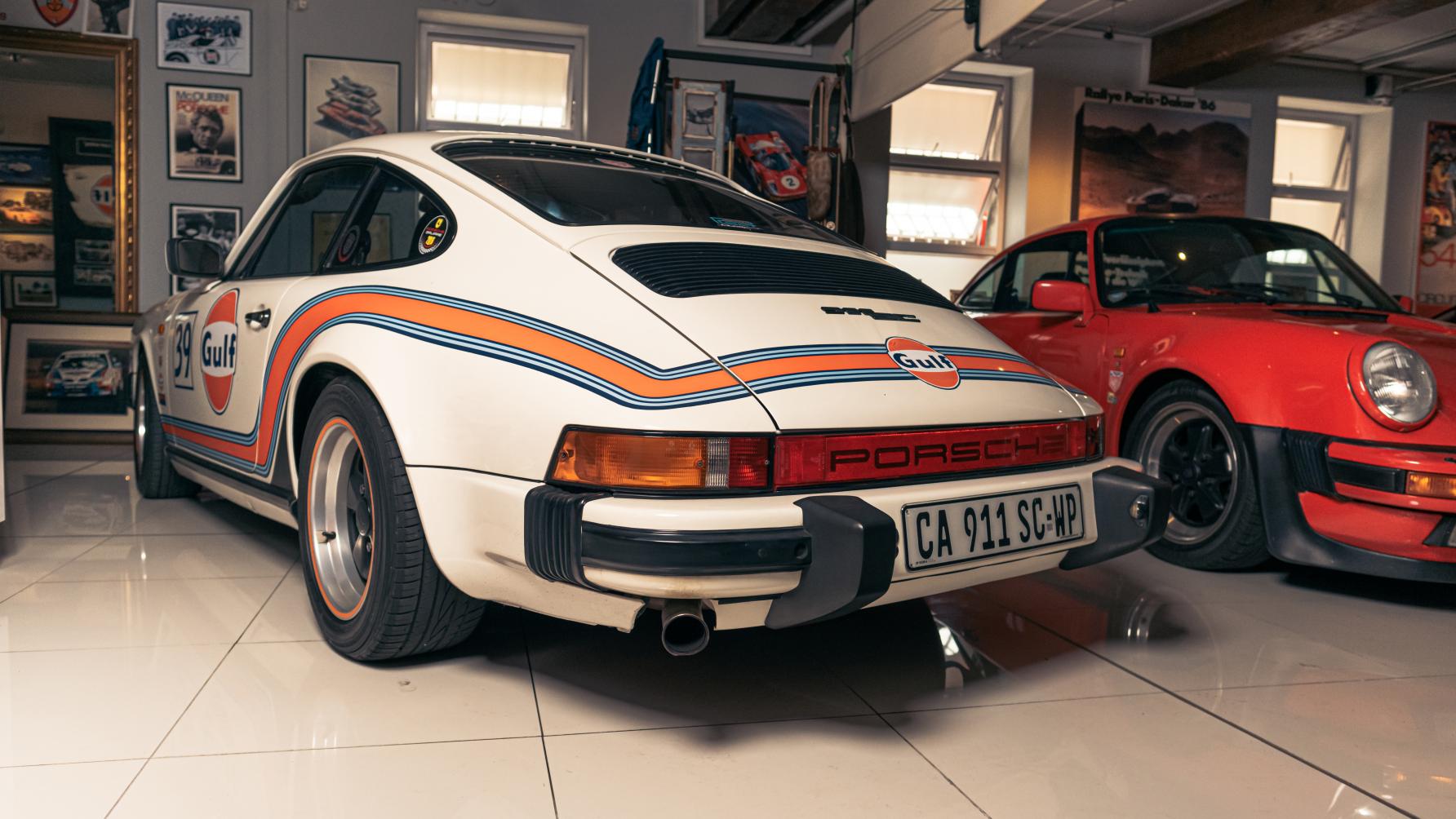 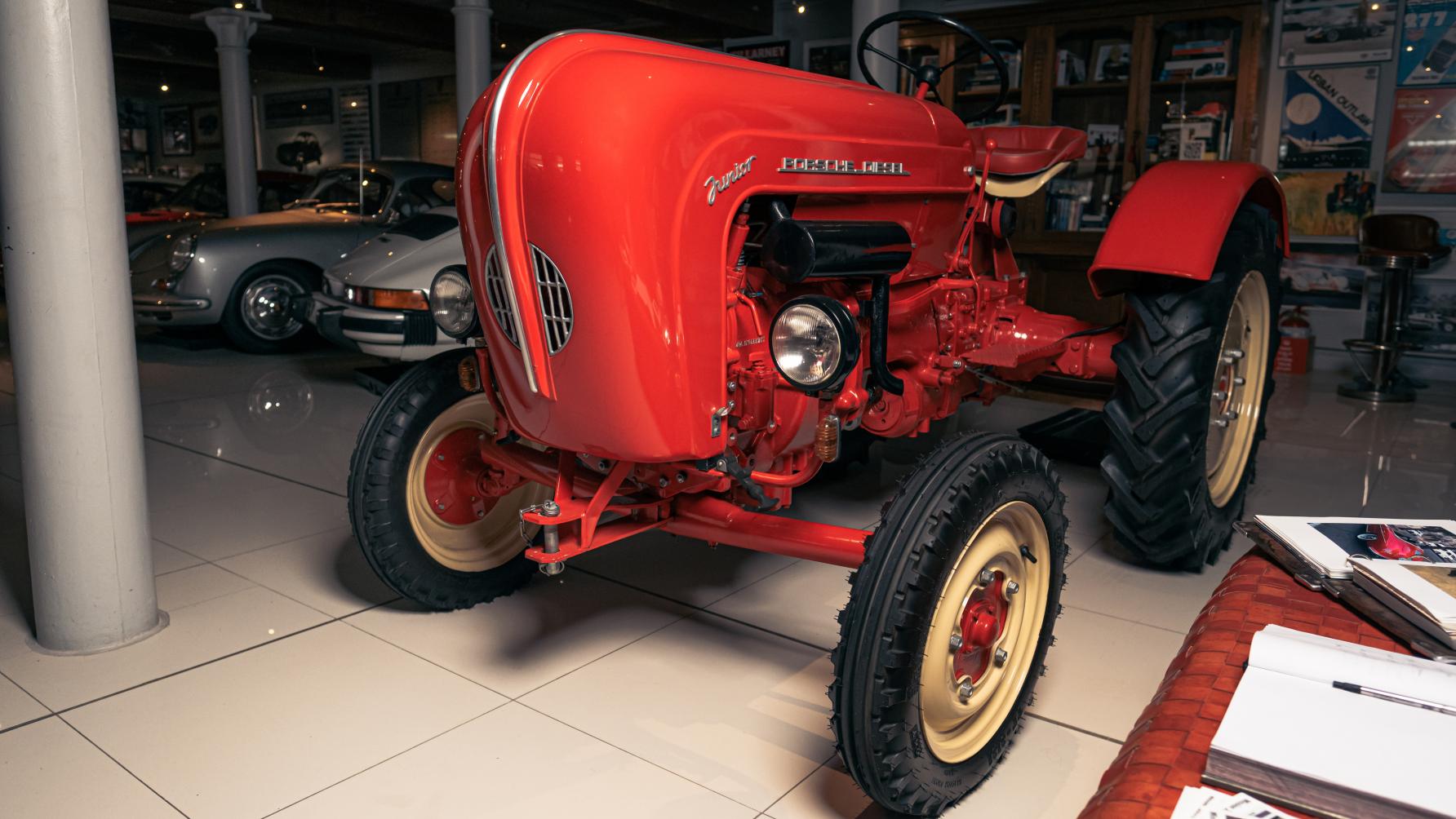 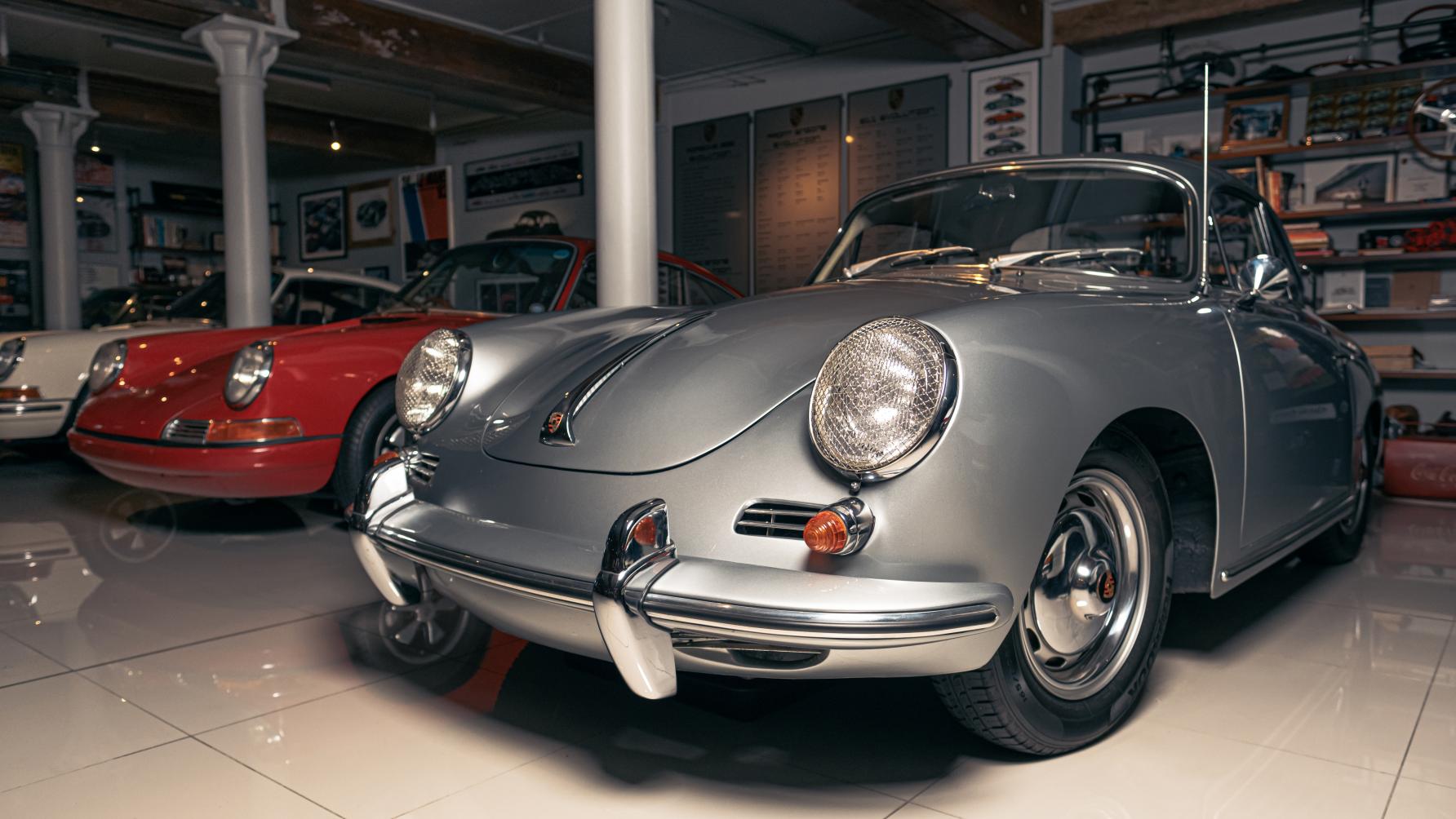 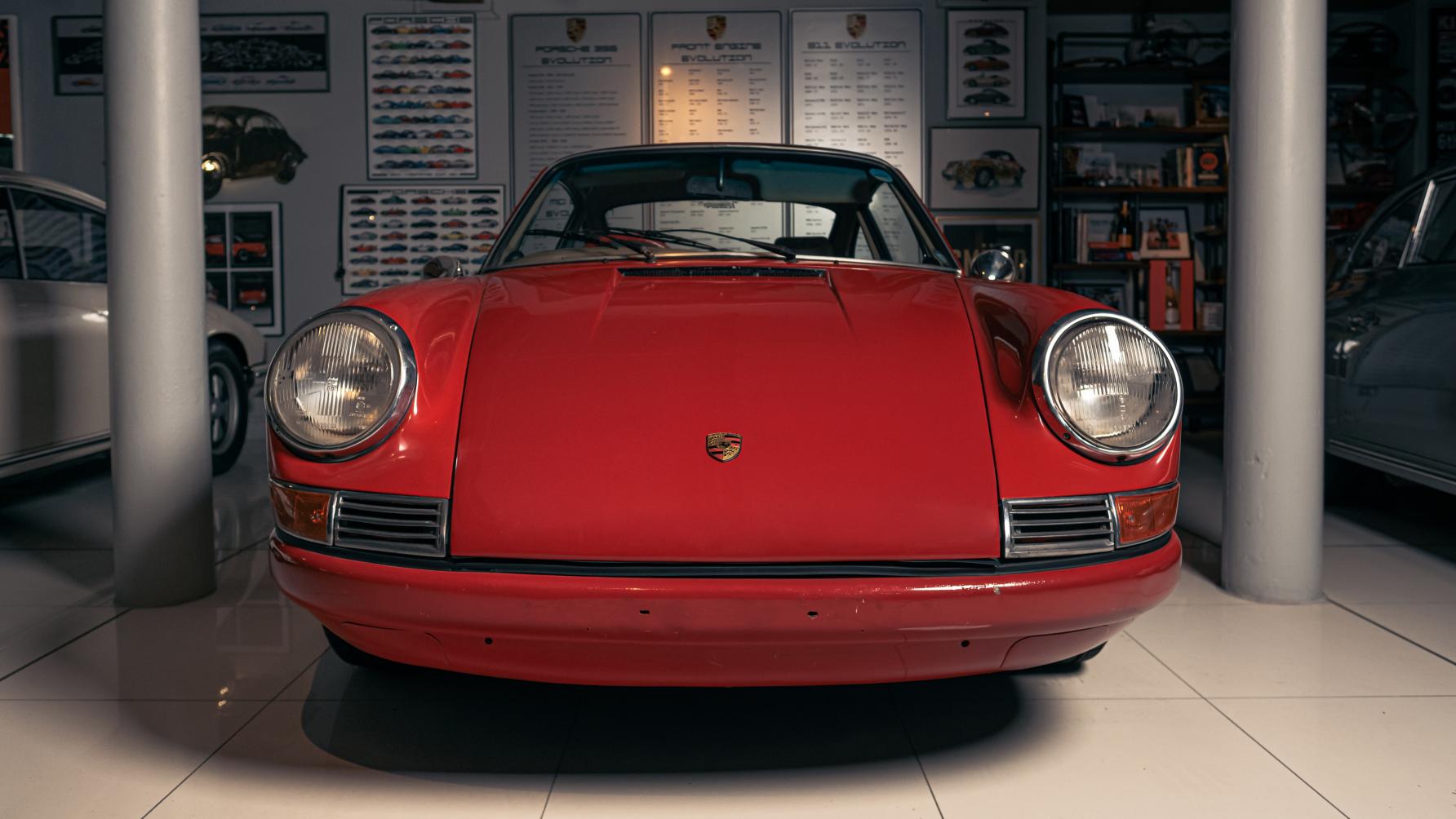 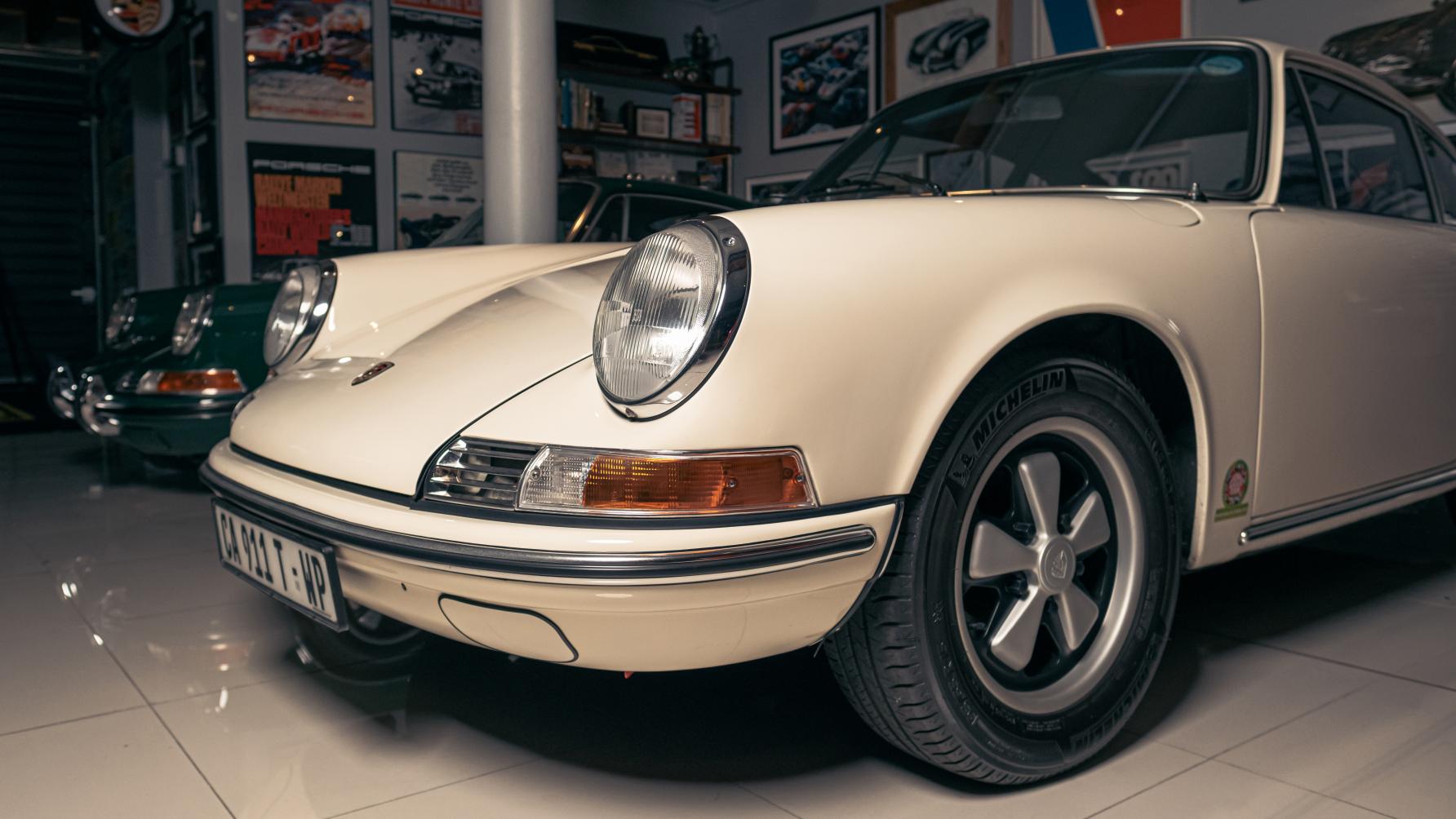 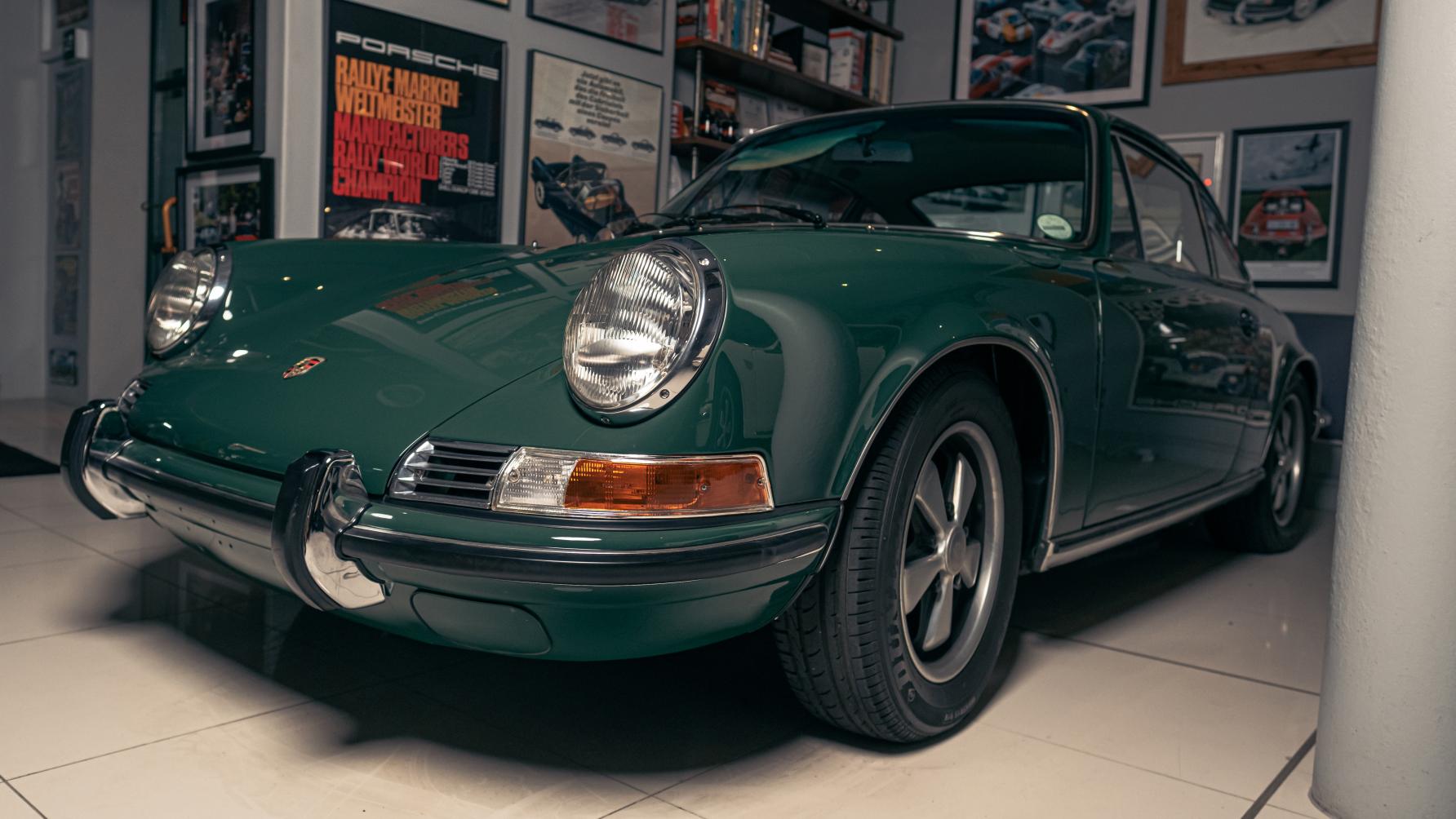 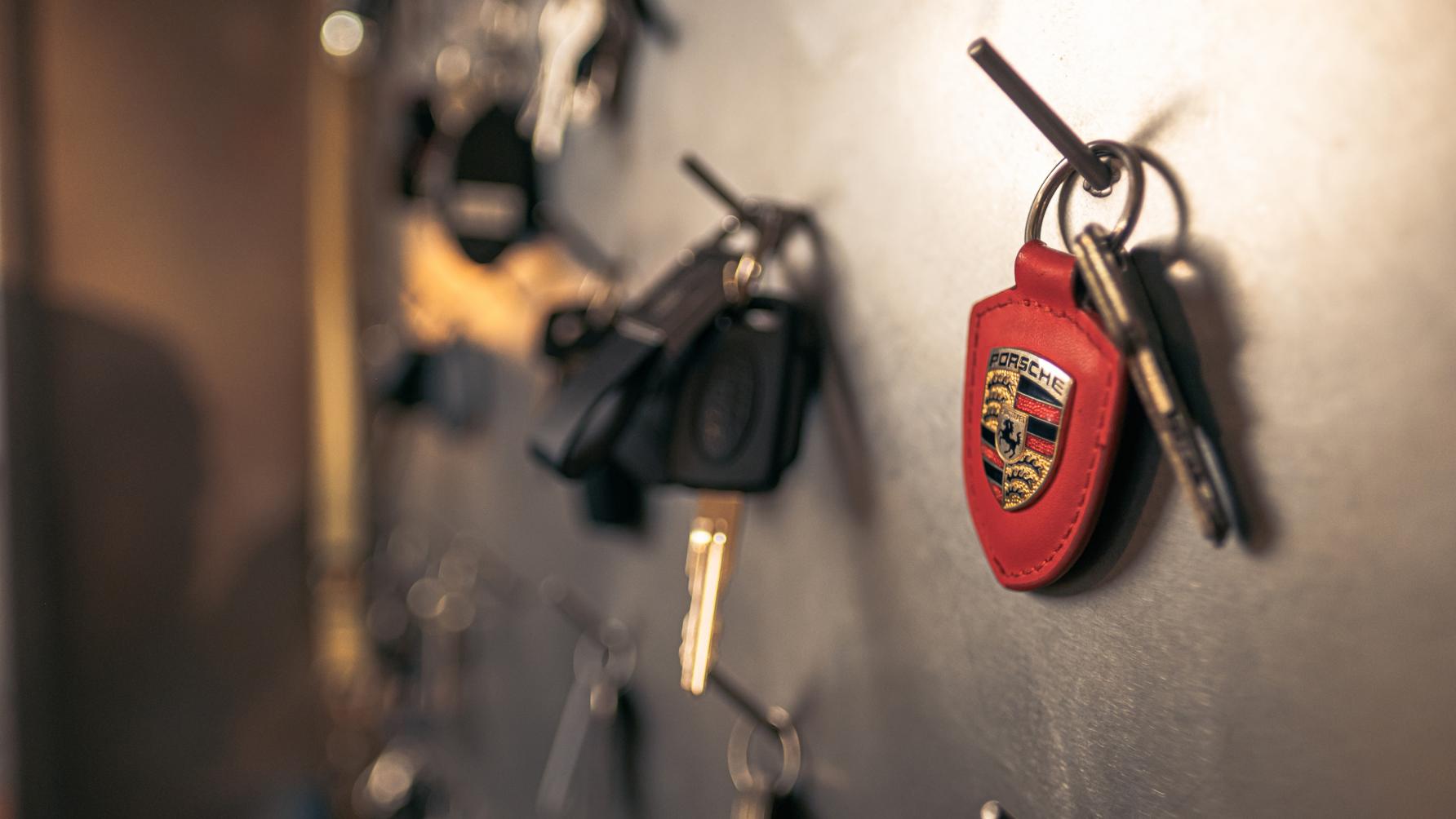 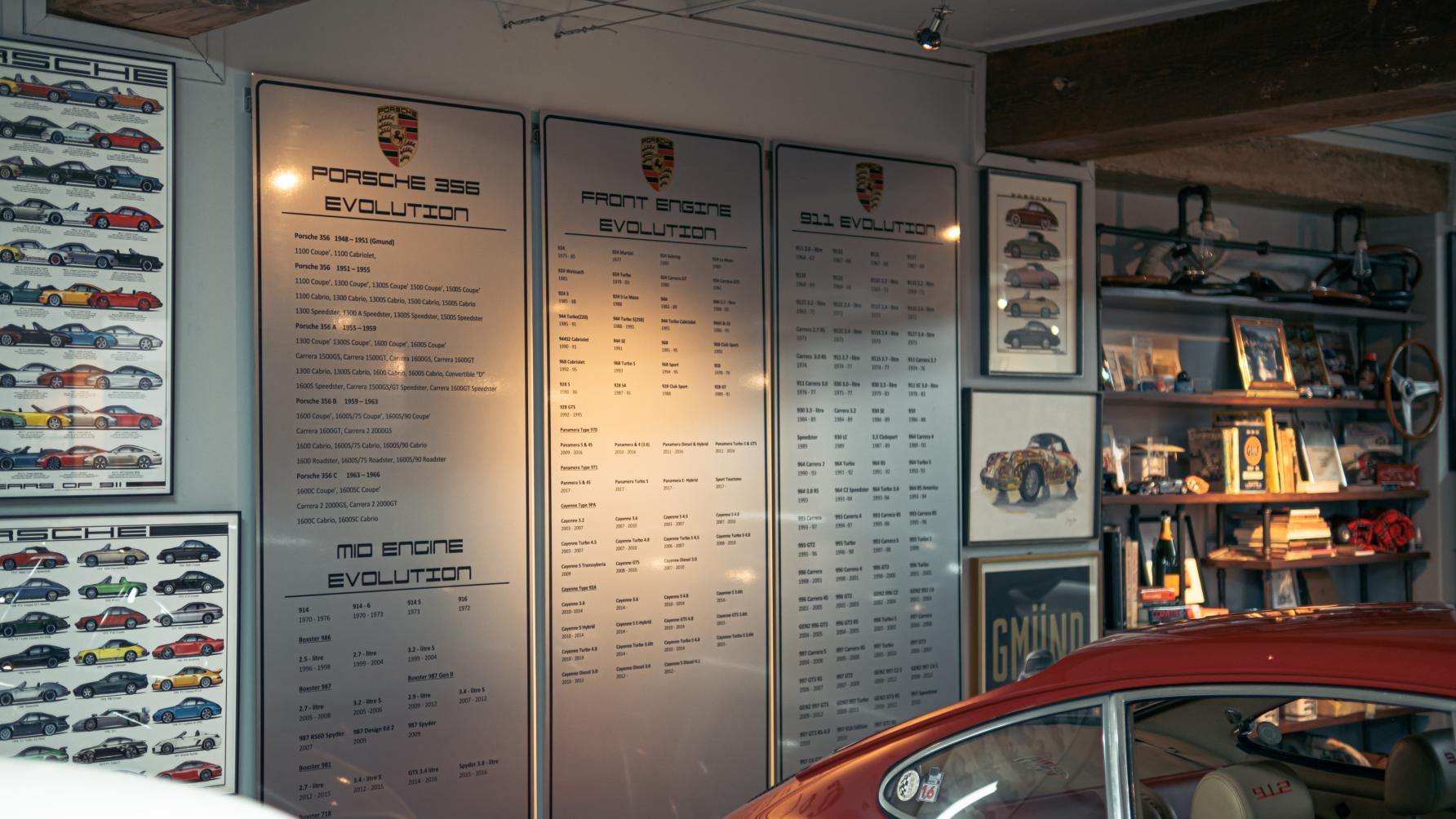 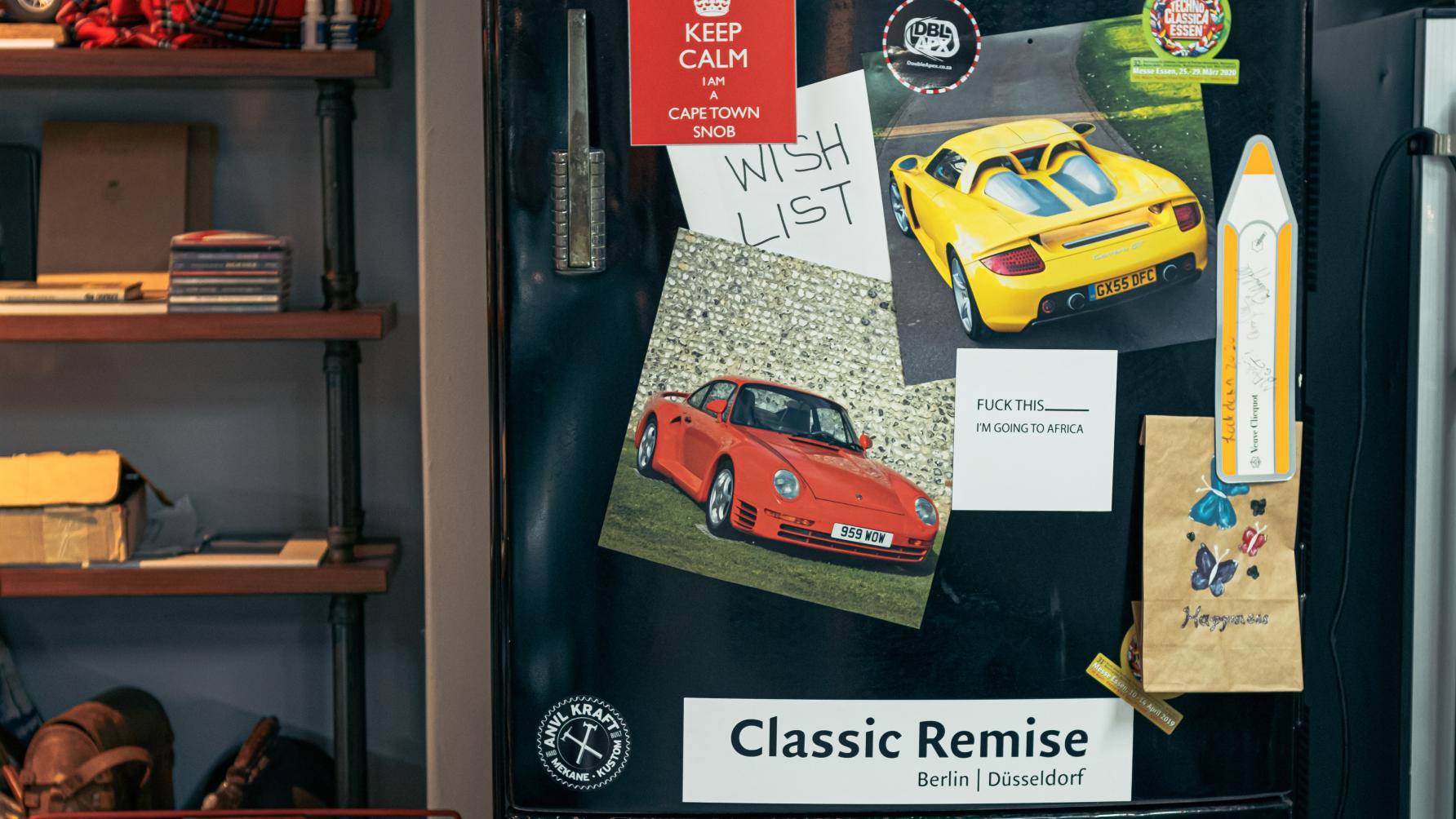 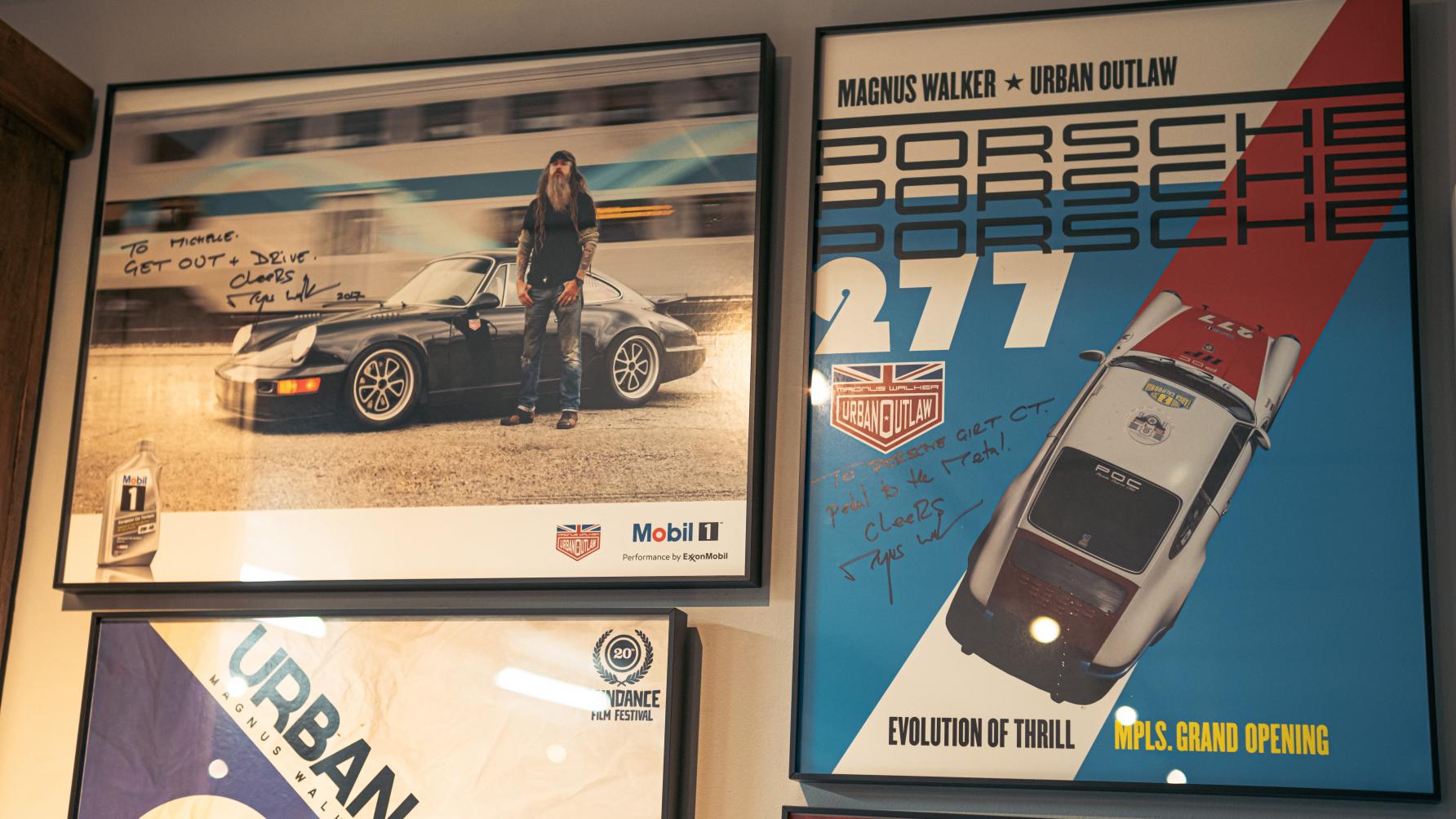 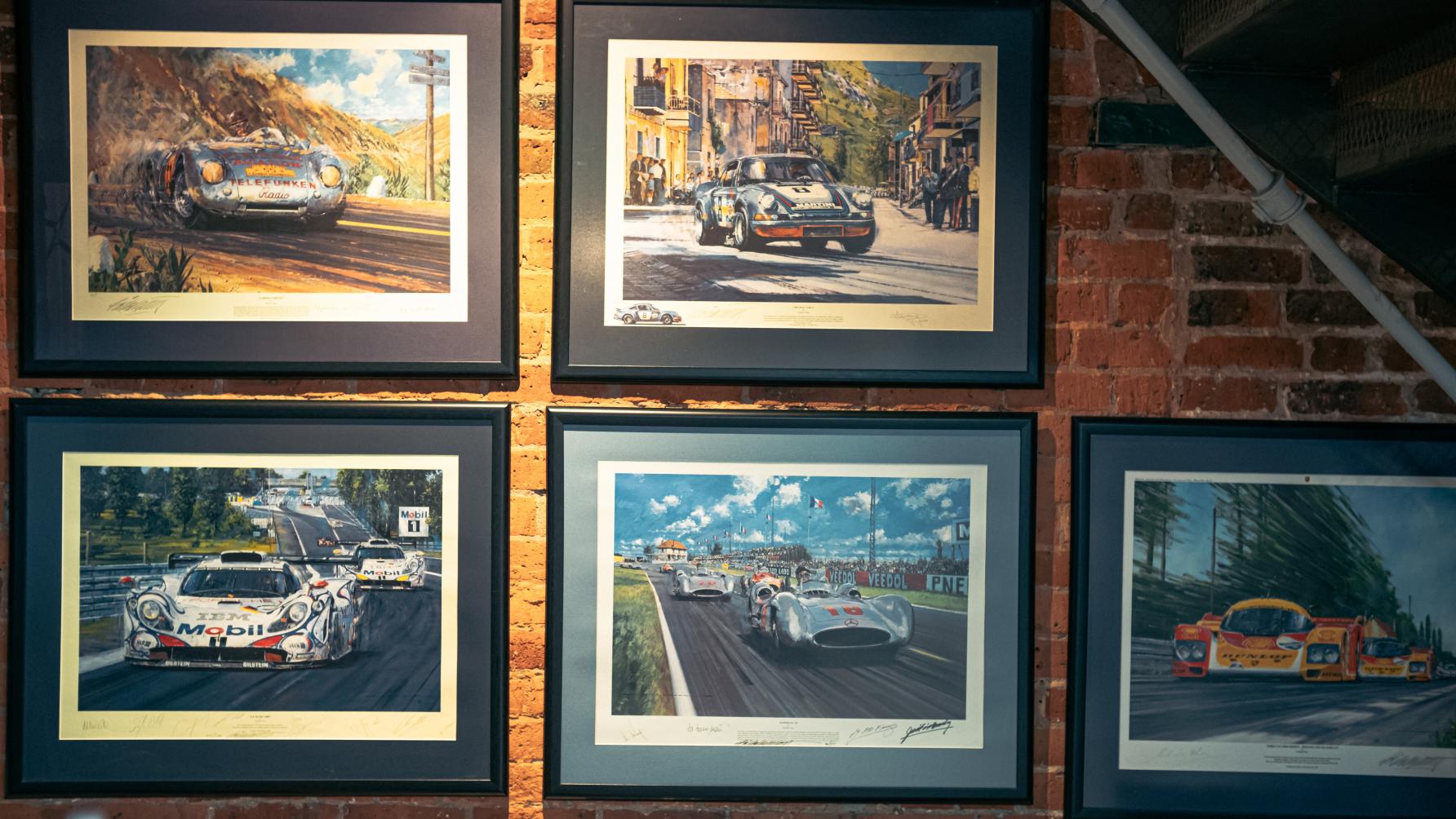 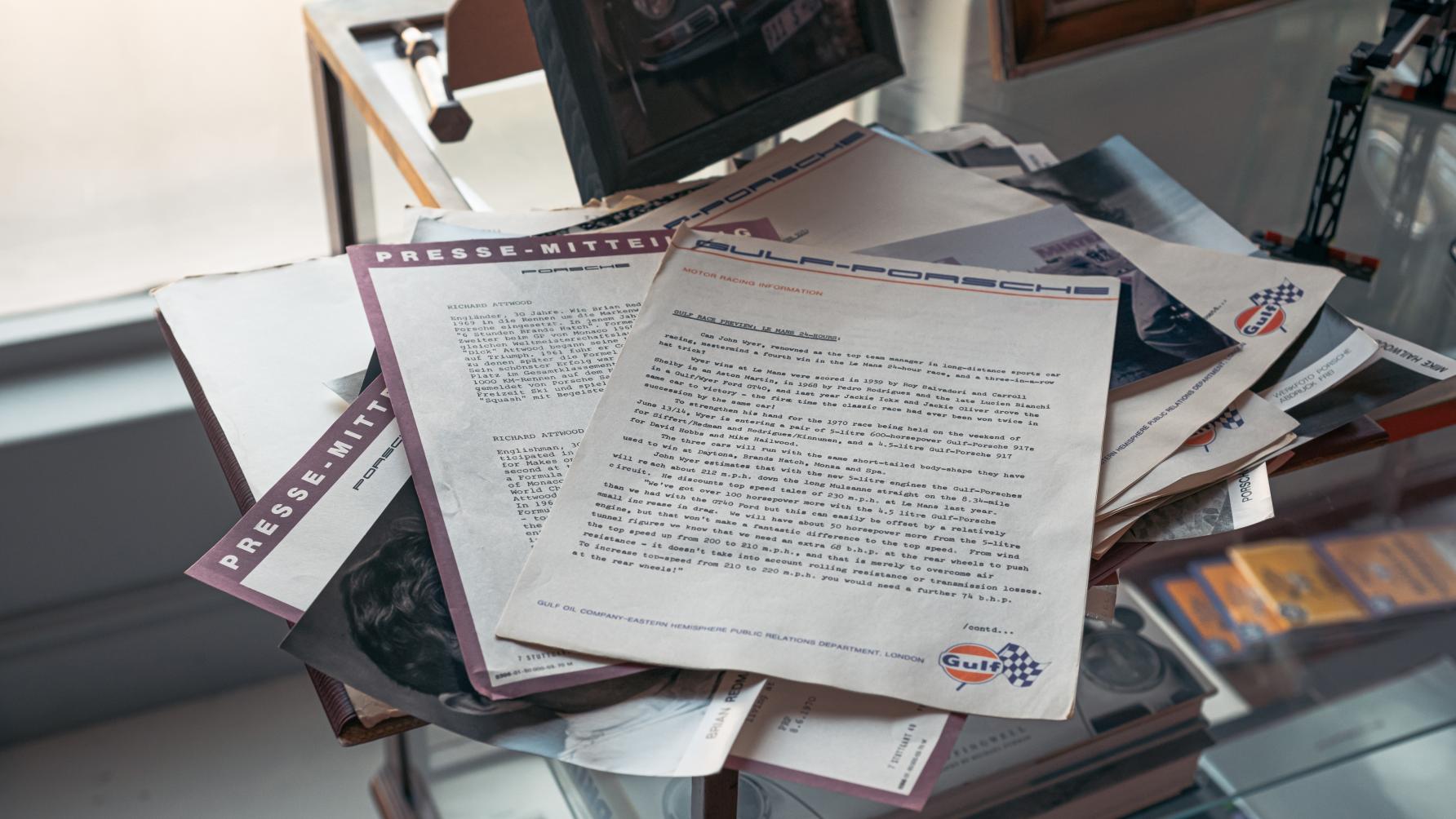 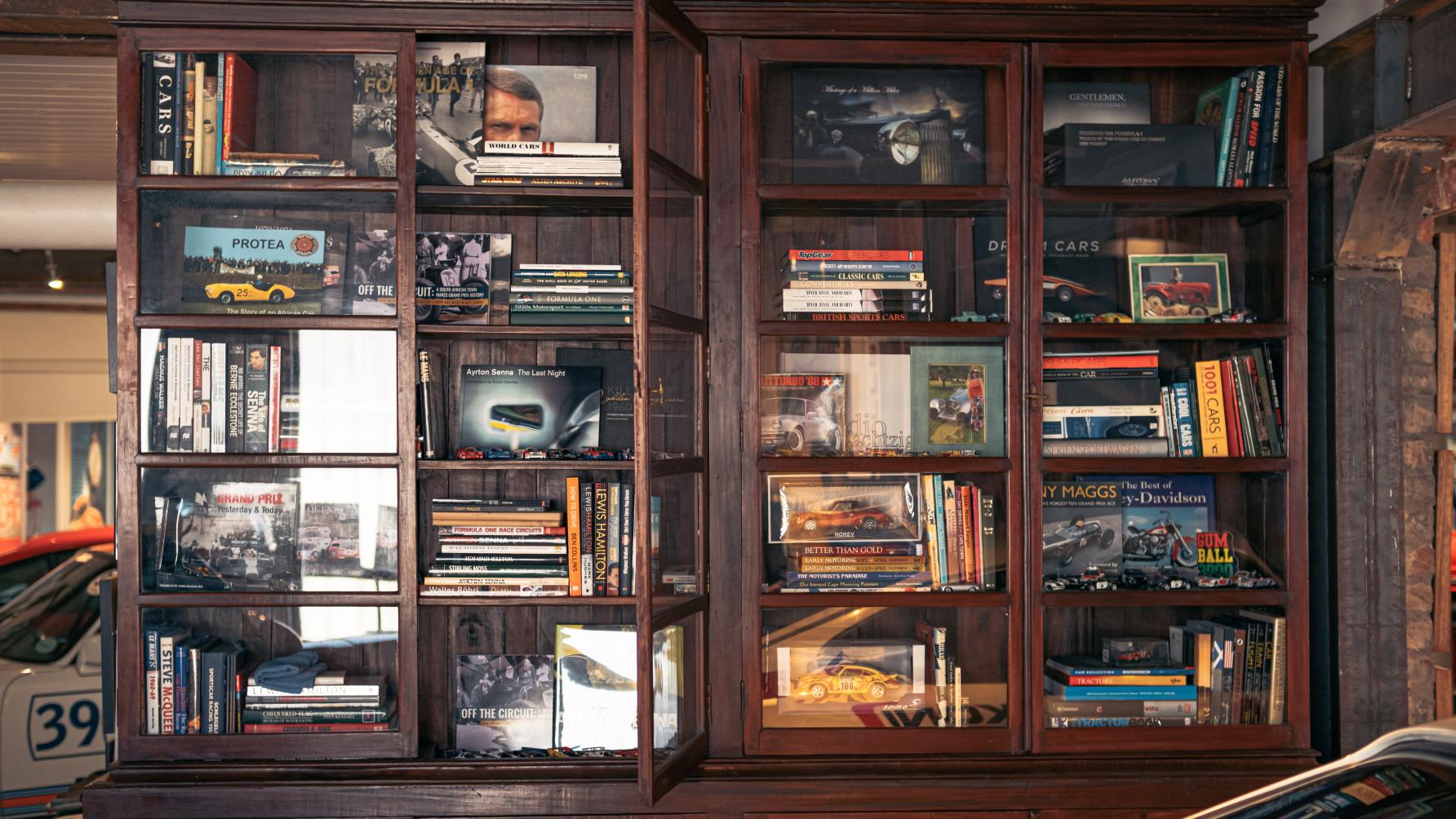 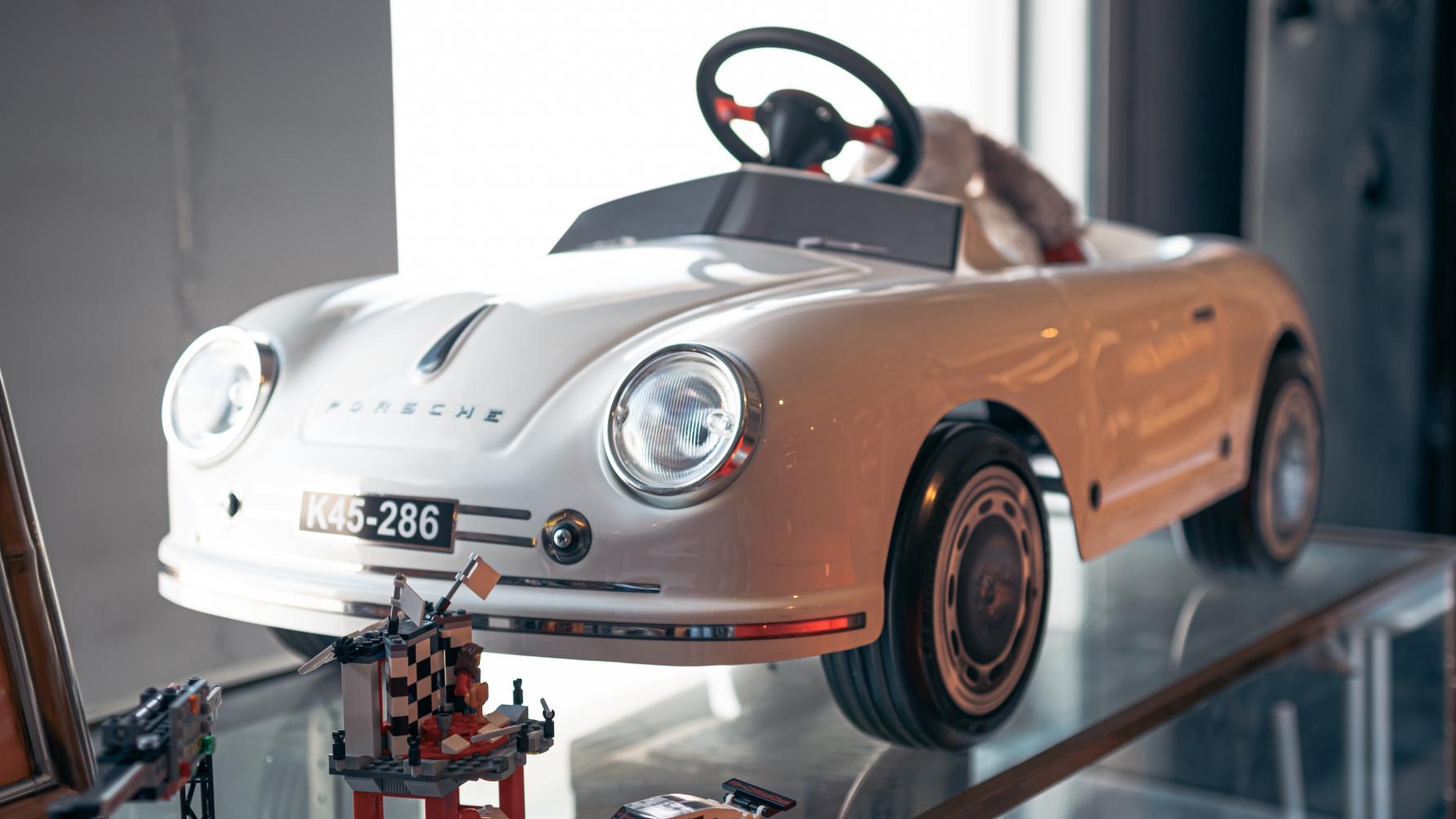 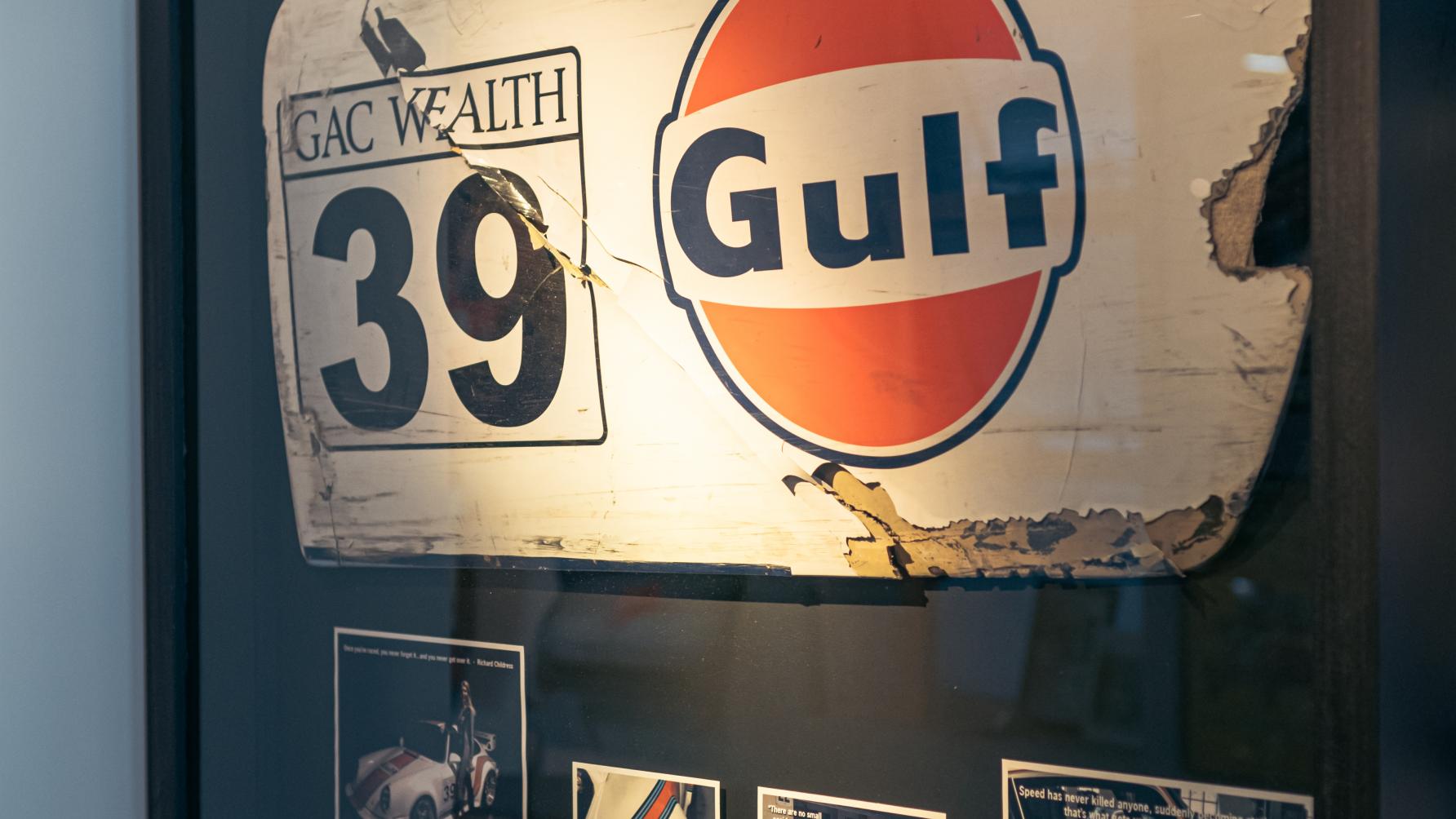 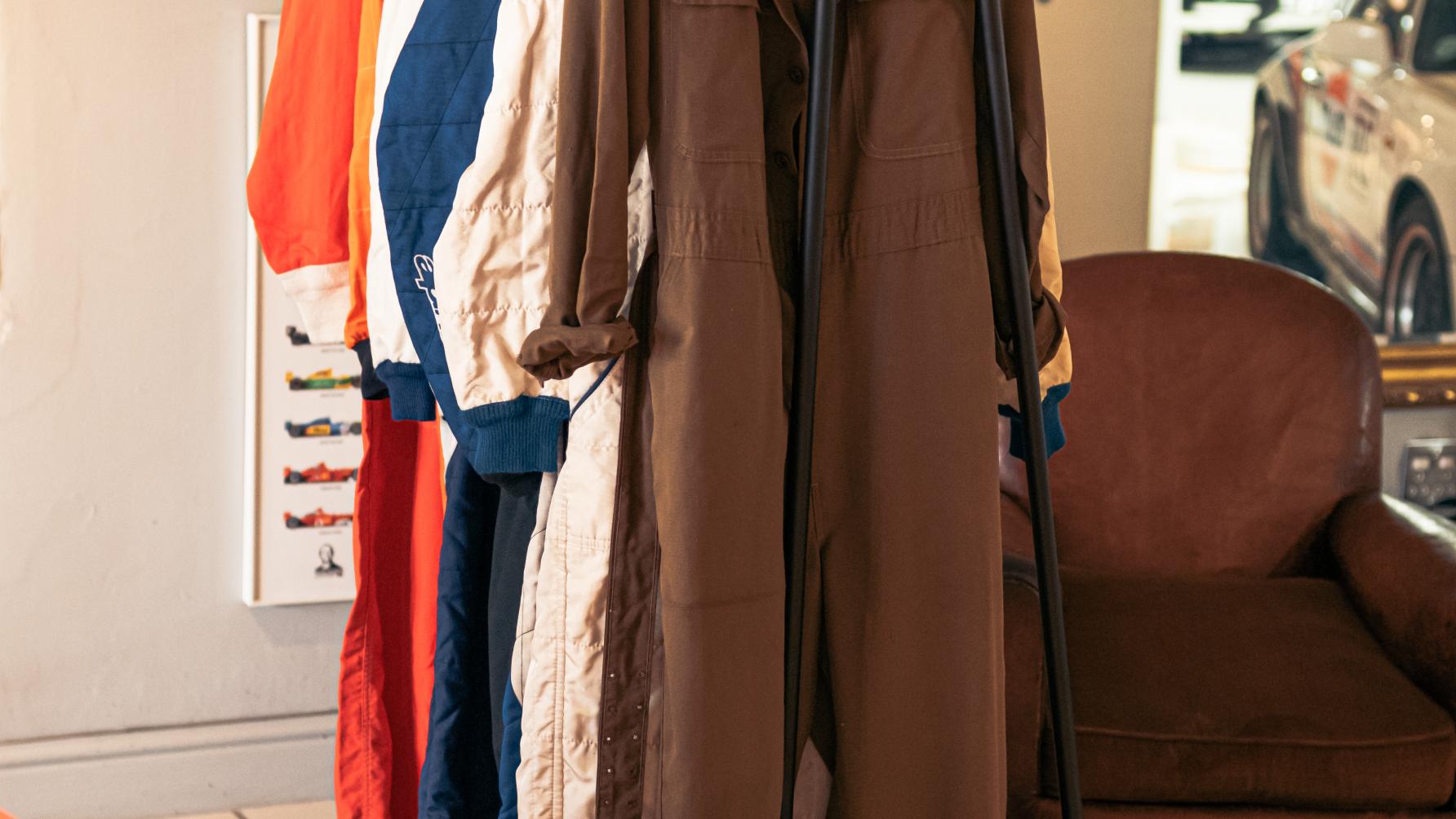 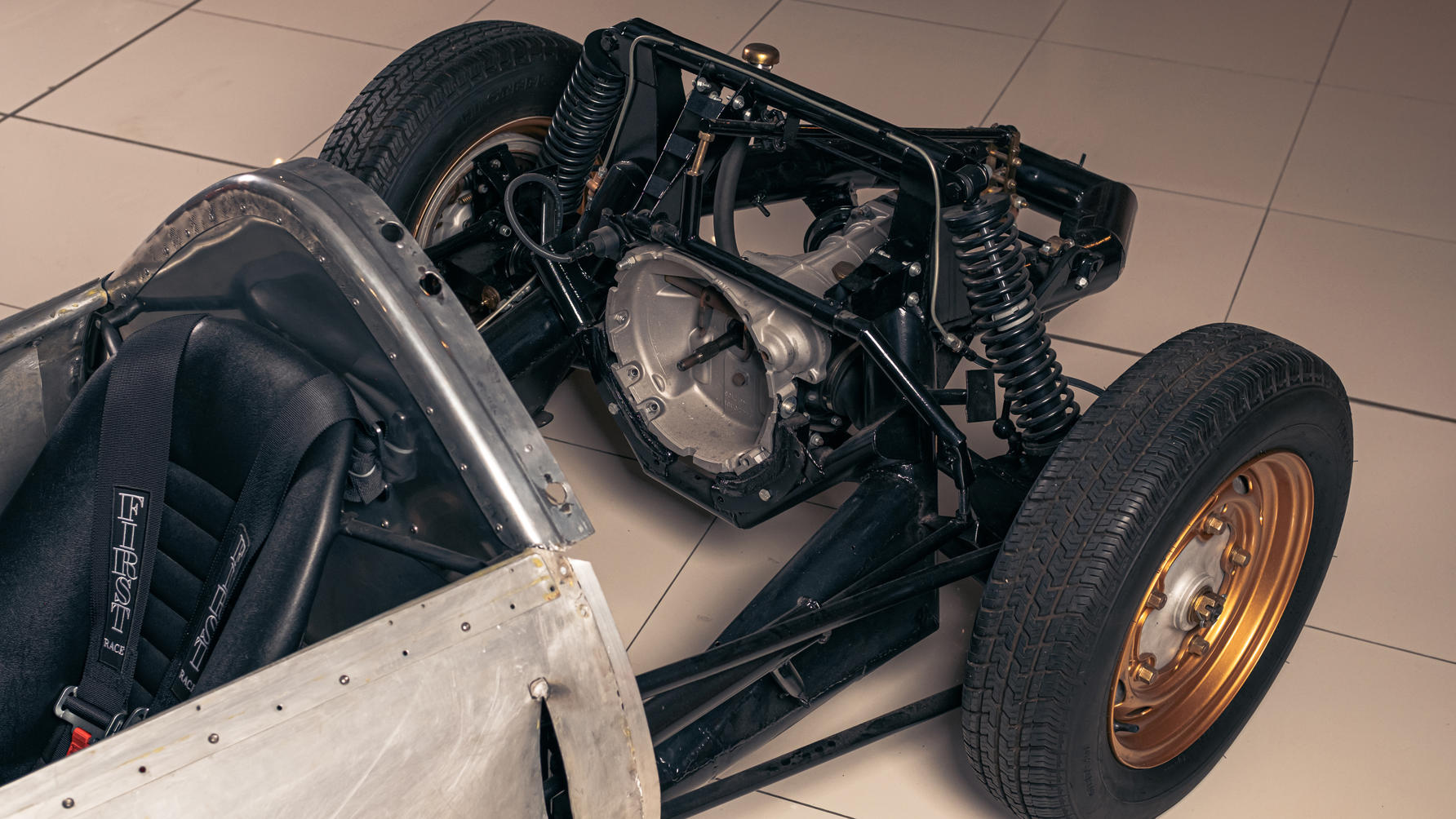 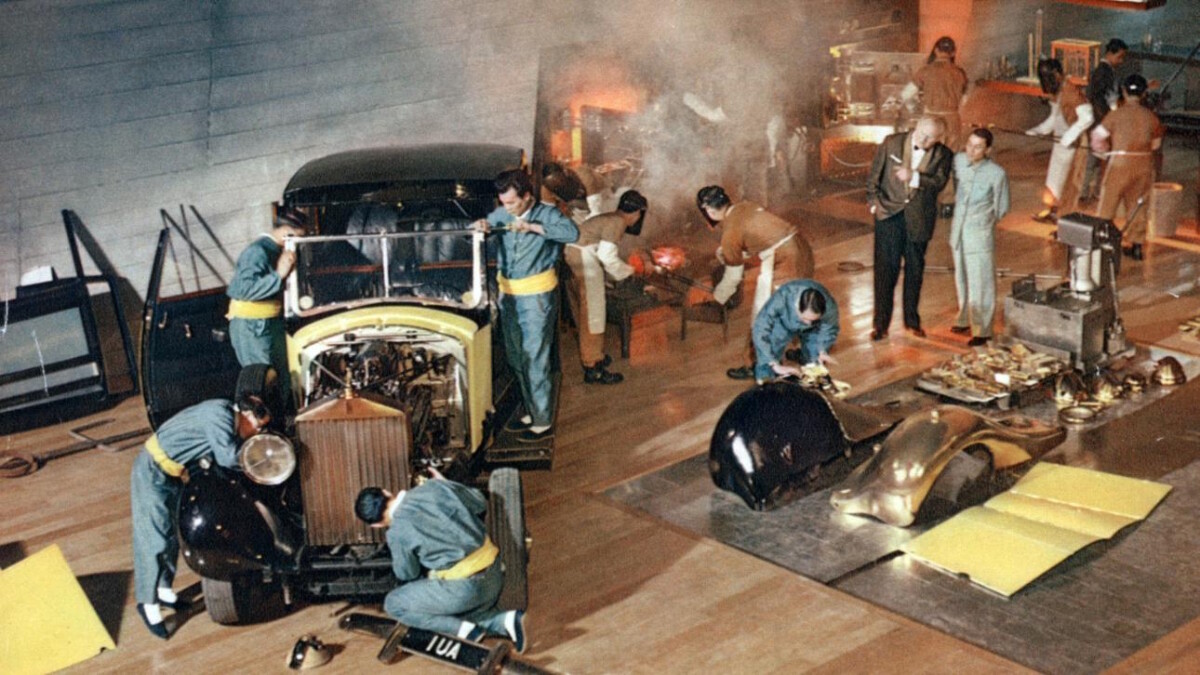 A retrospective of memorable Bond villain cars
View other articles about:
Recommended Videos
Read the Story →
This article originally appeared on Topgear.com. Minor edits have been made by the TopGear.com.ph editors.
Share:
Retake this Poll
Quiz Results
Share:
Take this Quiz Again
TGP Rating:
/20