The all-new model has been polarizing to the Defender faithful
by Beeboy Bargas | Jul 29, 2021
CAR BRANDS IN THIS ARTICLE

Nothing has been more polarizing to the 4x4/off-road/overland community—especially to those of the Land Rover Defender faithful—than the introduction of the new Defender. To a lot of the old Defender owners like yours truly, its cult status is undeniable. To the more rabid ones, it’s nearly a religion, and the new iteration is heresy, to say the least.

My introduction to the faith started when as a boy in elementary school, when I was exposed to the now politically incorrect commercials of the Camel brand cigarette. The sheer machismo and lone wolf image of a guy and his Land Rover driving and floating down the river, winching through inhospitable terrain, just triggered my imagination. Unlike my fellow kids who were into the Marlboro man, my intro to the Land Rover brand was additionally fueled at the start of the ’80s by the arrival of the Camel Trophy, or what we call now Adventure Motorsports.

The Camel Trophy is an adventure driving competition with Land Rover vehicles crossing the most inhospitable terrain in the world—from the cold, desolate climate of Mongolia, to the jungles of Southeast Asia, to the freezing conditions of Patagonia in South America. These competitions ran for two decades. Each event would last for weeks, and the essence of it was getting the entire convoy of participants in Land Rovers through said terrain. That and finishing special tasks along the way and having teams assist each other just to get through. 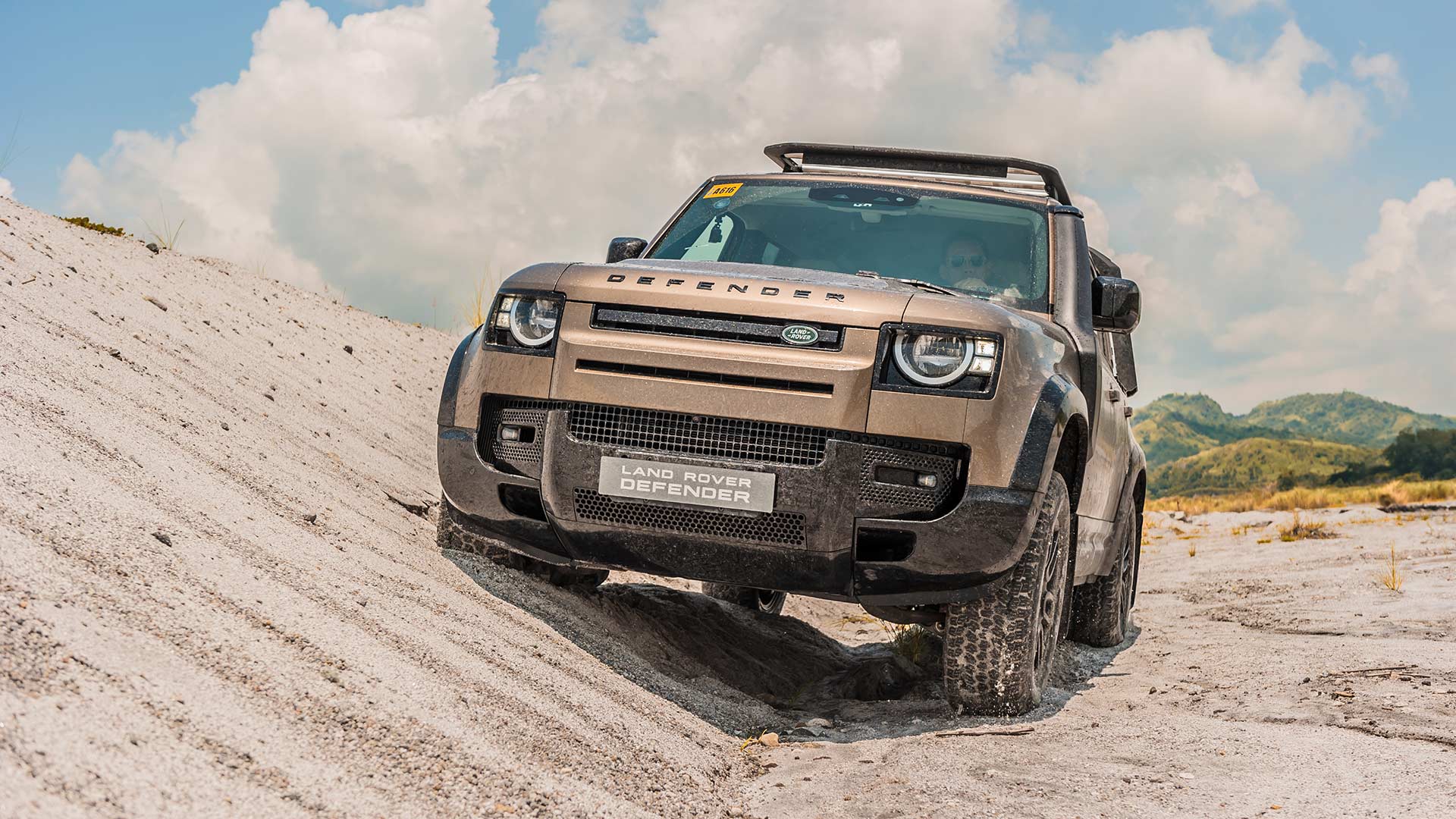 I, on the other hand, had personal experiences with various 4x4s ever since I was a kid in our province up north. During summers, I traveled around the Cordillera mountain range, accompanying my father’s brothers and sister, all doctors who do their duty as health officers of various mountainous municipalities. And during school months, I regularly went up to our family farm in Tanay, Rizal on weekends.

Nowadays Tanay is better known as an eco-tourism destination. Back then, it was practically the ‘wild wild west.’ It may be just a couple of hours away from Metro Manila, but the roads—or the lack thereof—required some serious 4x4 and off-road driving skills just to get back home. Add to that some field-repair mechanical skills once the inevitable repairs are needed for the vehicles used both up north and in the Rizal province. 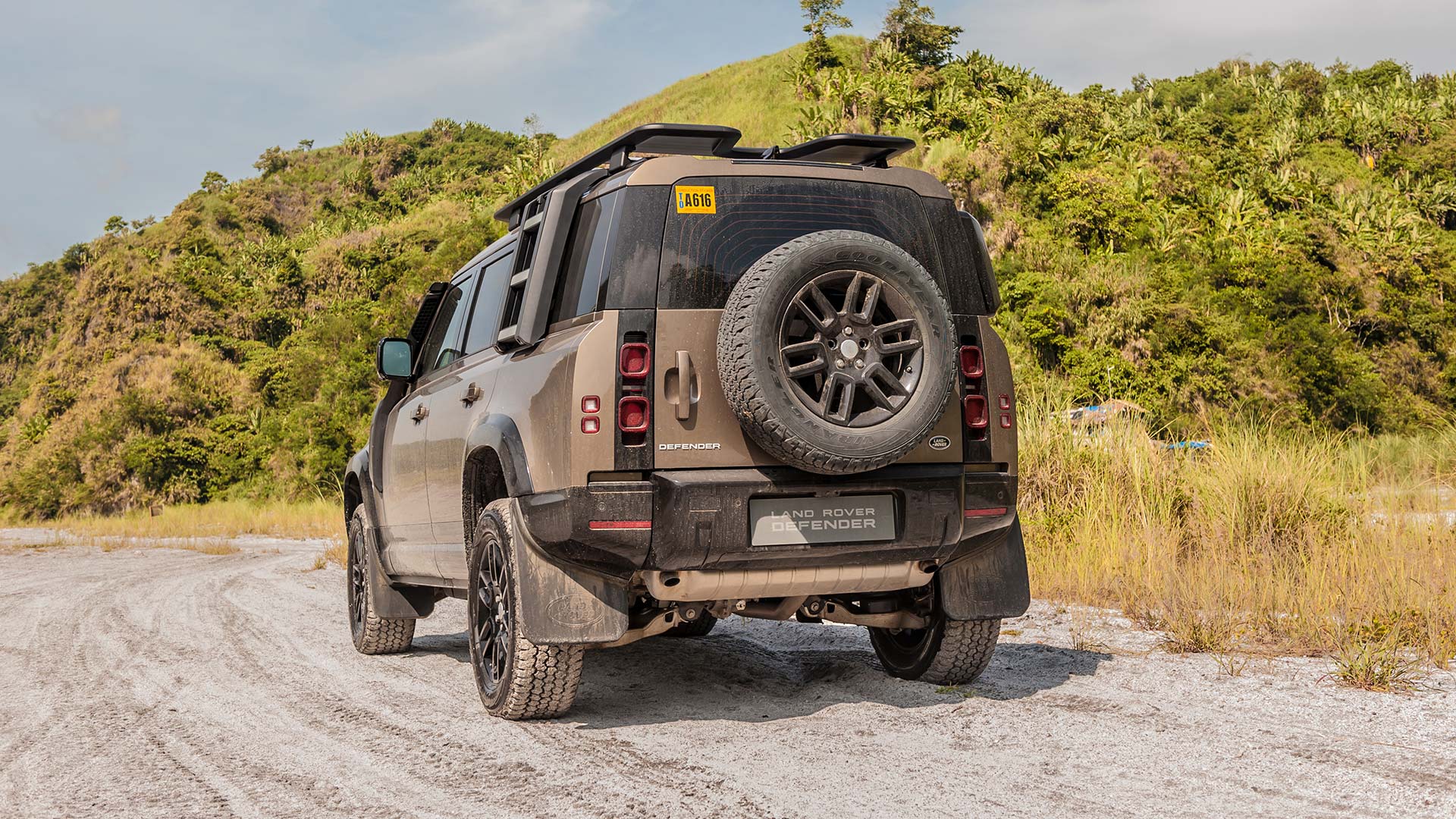 None of the 4x4 vehicles I drove back then were Land Rovers, partly due to the cost of acquiring one and also because of the lack of availability of Land Rover products. Yet during those days, in the back of my adventurous mind, I kept dreaming of the Camel cigarette man and the Camel Trophy.

But enough of the reminiscing—let’s get to the meat of it all. I have had several Land Rover vehicles through the years: from a Series 3 pickup to several Discovery 1s, from V8s to diesels, from automatics to manuals, from base models to luxurious top-of-the-line variants, and yes, two Defenders—both 110-wheelbase vehicles. Over time, I have also had various very popular Japanese, American, and even German 4x4s. But I never surrendered my membership in the Land Rover cult.

The essence of it all is adventure and the ability to cover a lot of inhospitable ground with simple, easy-to-fix 4WD vehicles. Yes, they do fail at some time, but to be honest, I personally have had the least field breakdowns in my old Defender and was always able to limp them home. As for the other brands, I have had to leave them up in the boonies and go back for them. My Defender’s always brought me home. 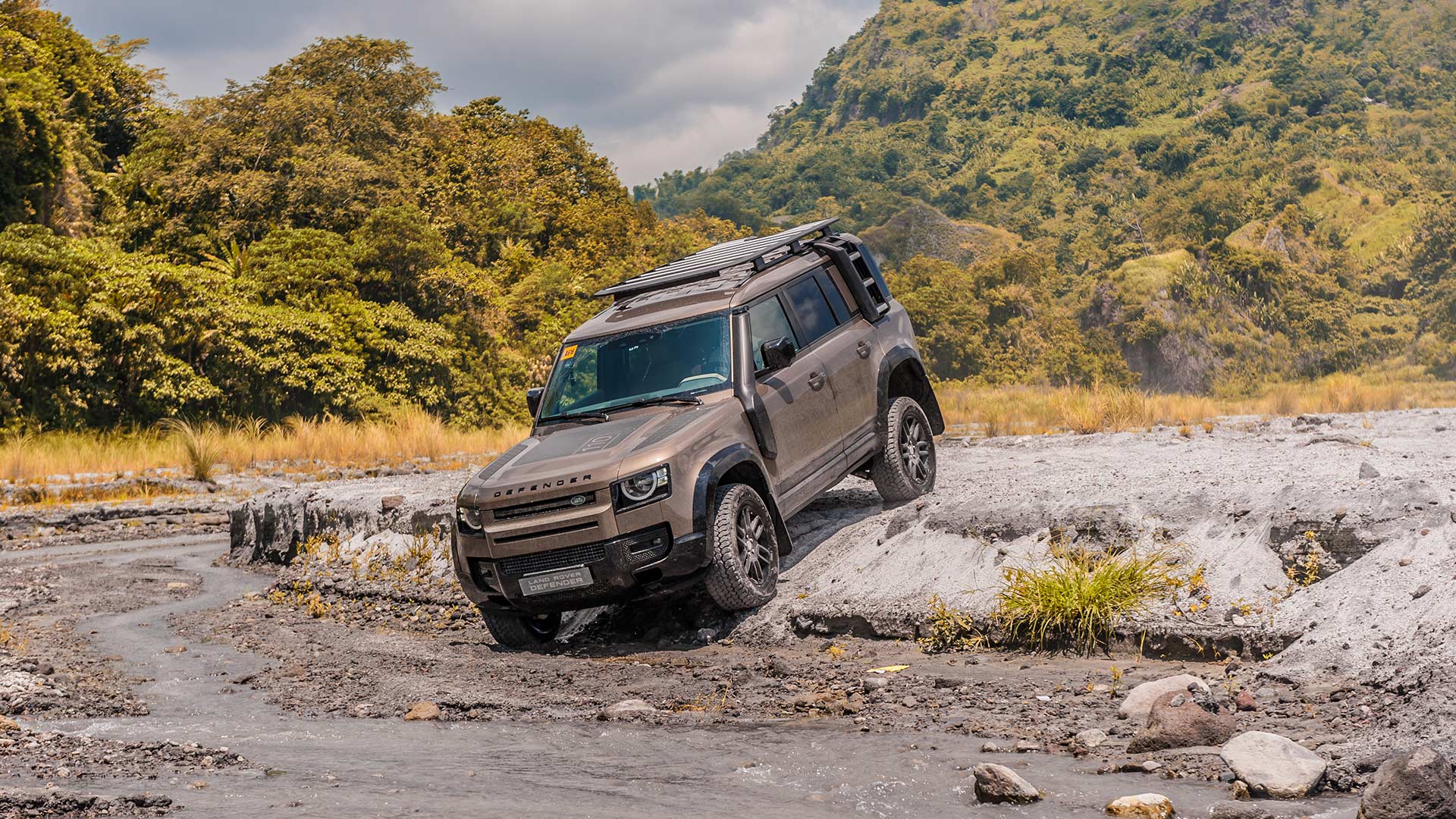 The old Defender was also quite comfortable in terms of ride quality among its peers, many thanks to its long-travel coil-spring suspension which could only be found back then on more expensive and luxurious 4x4s. The added ride comfort meant longer distances covered without stopping, as well as getting to the destinations faster because you’re not beaten up by the road conditions.

It inspired confidence and it made you want to go further. Since it’s simple and easy to fix, the idea of breakdowns in the middle of nowhere was no big deal, just provided you carry the right spare parts. My old Defender station wagon has been all over the darkest corners of Luzon and Visayas, and my worst troubles so far have only been a broken exhaust and a bad bearing on the aircon belt tensioner. So, yeah, that should answer all the alleged horror stories of poor reliability of the old Defender. The secret was the simplicity of it. And that satisfied my need for motoring adventure these past few decades. 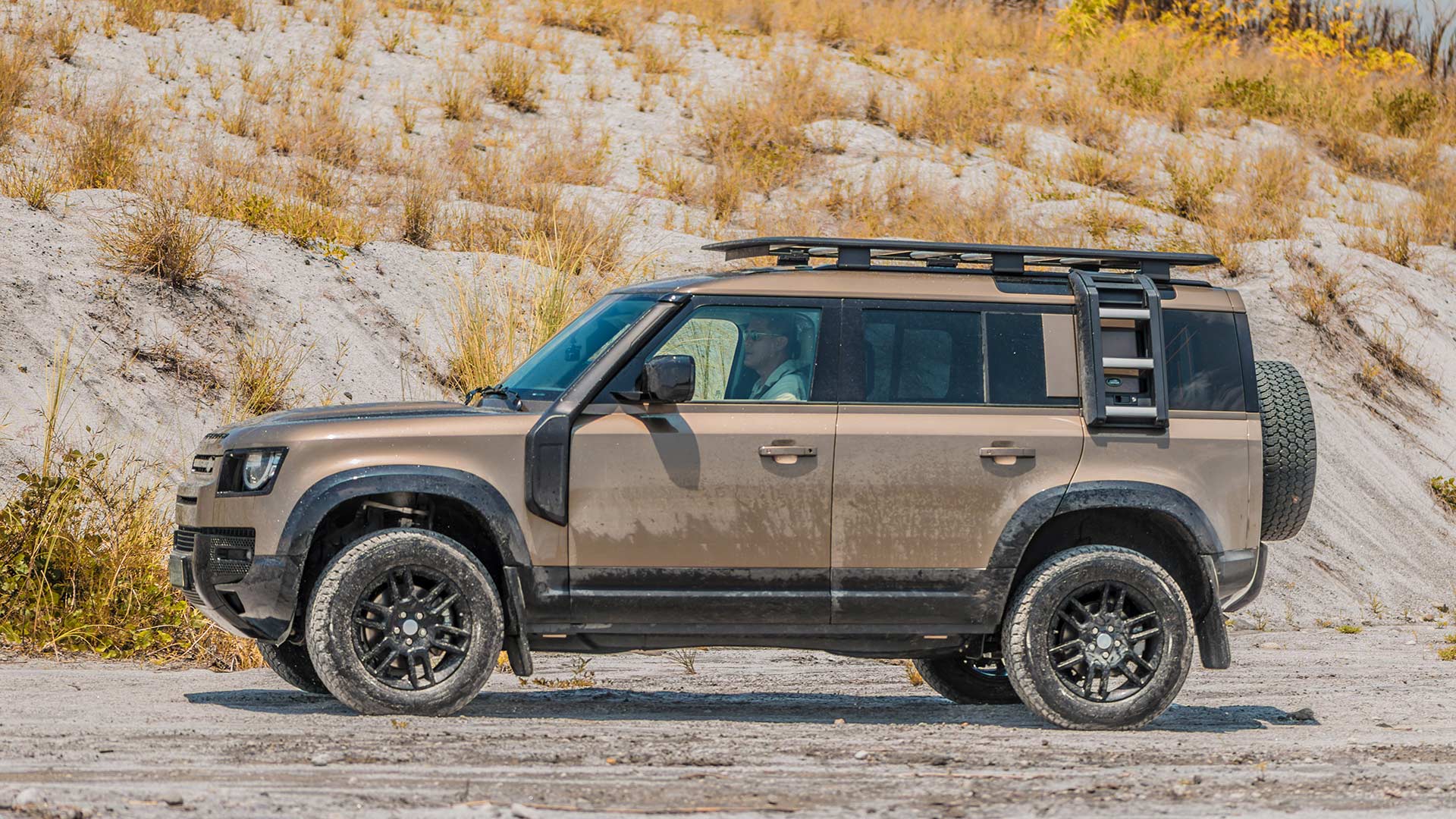 So what does the new Defender bring to the table here in the 21st century for this old Defender veteran? In the past 12 months, I have had the opportunity to drive both the new top-spec Defender P400 six-cylinder petrol and the D240 diesel with the adventure package, through the mountains of Rizal and the rock and lahar fields around Mount Pinatubo.

Truth be told, they are not even close to being the same vehicles. Maybe they share the same heritage and DNA, but they’re entirely different machines. And it may be a surprise to my brethren in the old Defender faith, but yes, I do like what the new Defender is. I’m still not completely sold to the new front fascia though. It’s basically everything we of the old guard want our old Defenders to be and yet not what we want it to be. Let me explain. 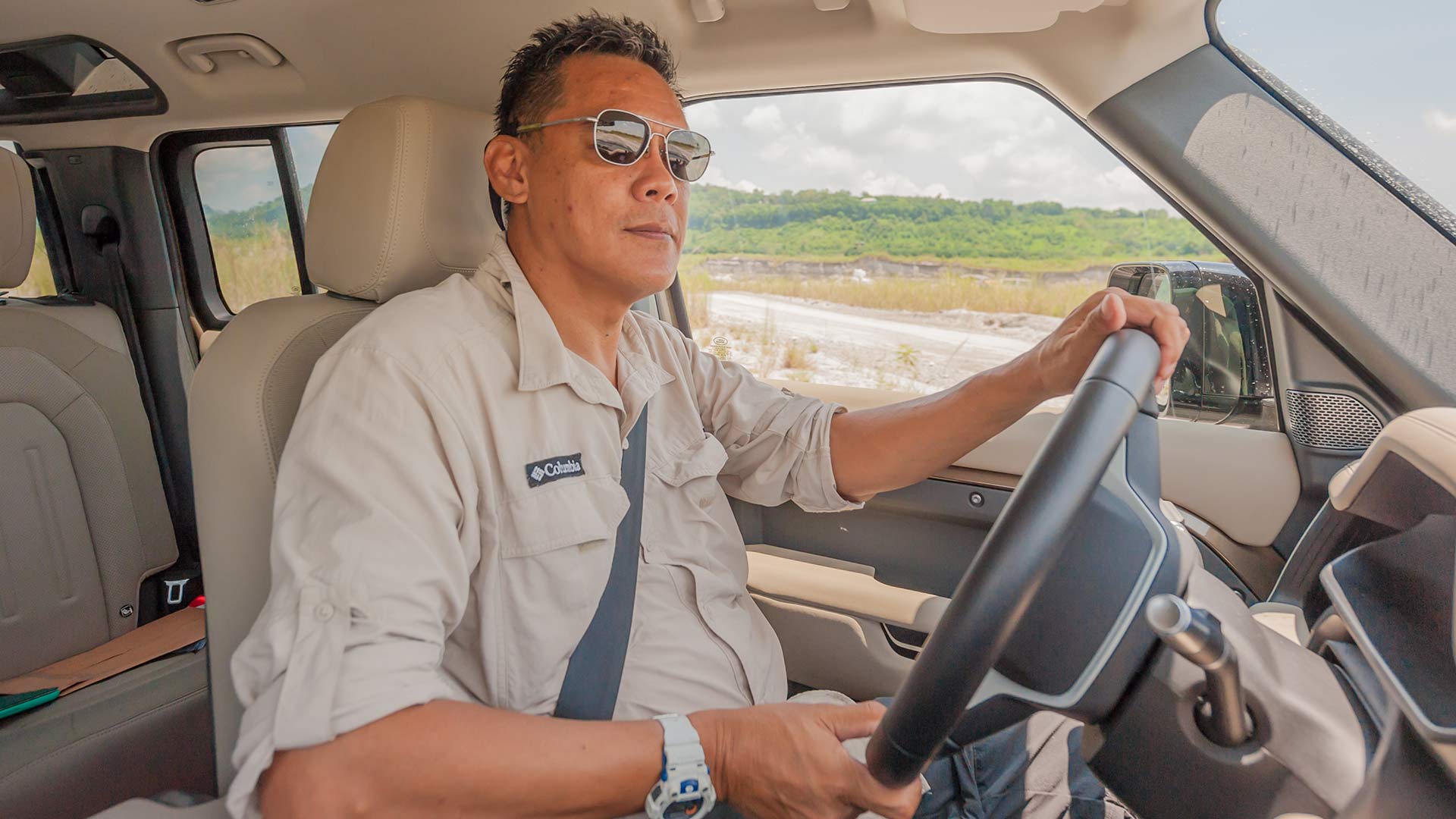 The new car is extremely comfortable for long adventure drives, with great legroom and elbow room that the old one barely provided. It has a lot more power and torque—especially compared to the non-computer controlled 300TDI engines—and is very quiet, too. Cargo room and payload capacity is better than that of the old truck’s.

Nearly every bit of 21st-century automotive tech can be accessed with a touch of the displays, with a push of a button, or with a twist of a knob. It’s just plain, with no physical effort required to use—though it may require some above-average intelligence to understand and operate. Thanks to its 84 (give or take a chip) ECUs doing all the thinking for you, no need to sort out what needs to be done to get through rough terrain. 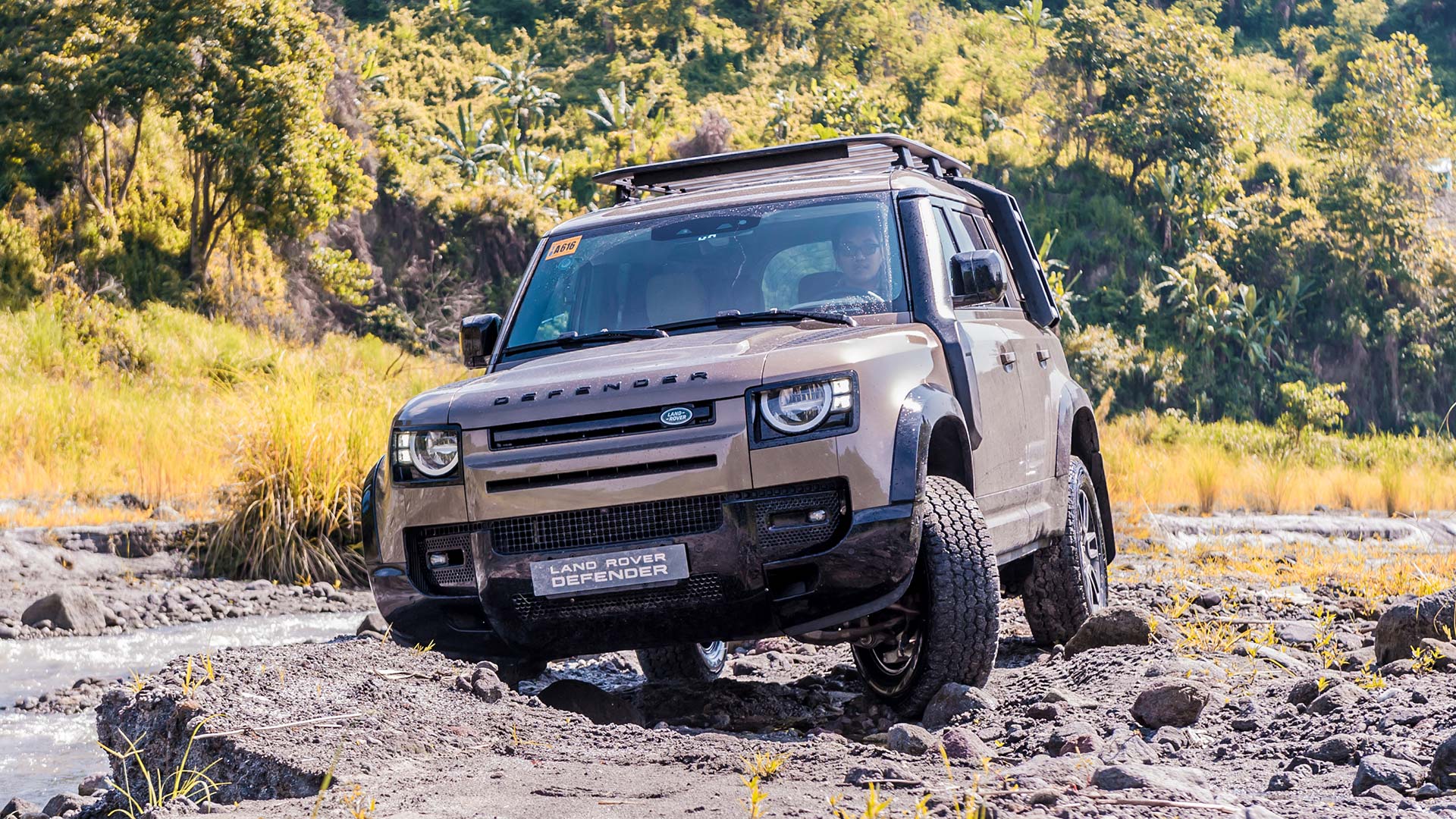 Off-road driving is the essence of what a Defender is and the new car is no slouch off-road in terms of its ability to gain traction on any surface. Any driver with some sense of balance and a bit of mechanical knowledge can make the new car do amazing things off-road, but my beef with it is the complexity required to raise the car and place larger tires for more ground clearance; one of the true essentials in moderate to difficult terrain.

Yes, you can raise the vehicle using its adjustable air suspension, but after that, it literally gets complicated to raise higher for bigger tires. It’s for this reason that I worry about snagging or hitting the lower sections of the body, which is very expensive to repair.

The concerns for all these electronics and mechanical complications, in my opinion, have substance. Gone is the term ‘keep it simple’ on the new car. But then again, realistically speaking, where on this earth in this age would you get an opportunity to truly explore the vast never-been-to places without help? Civilization is just a phone call away, especially in our country of small- to medium-sized islands and where civilization is just a few kilometers walk away. 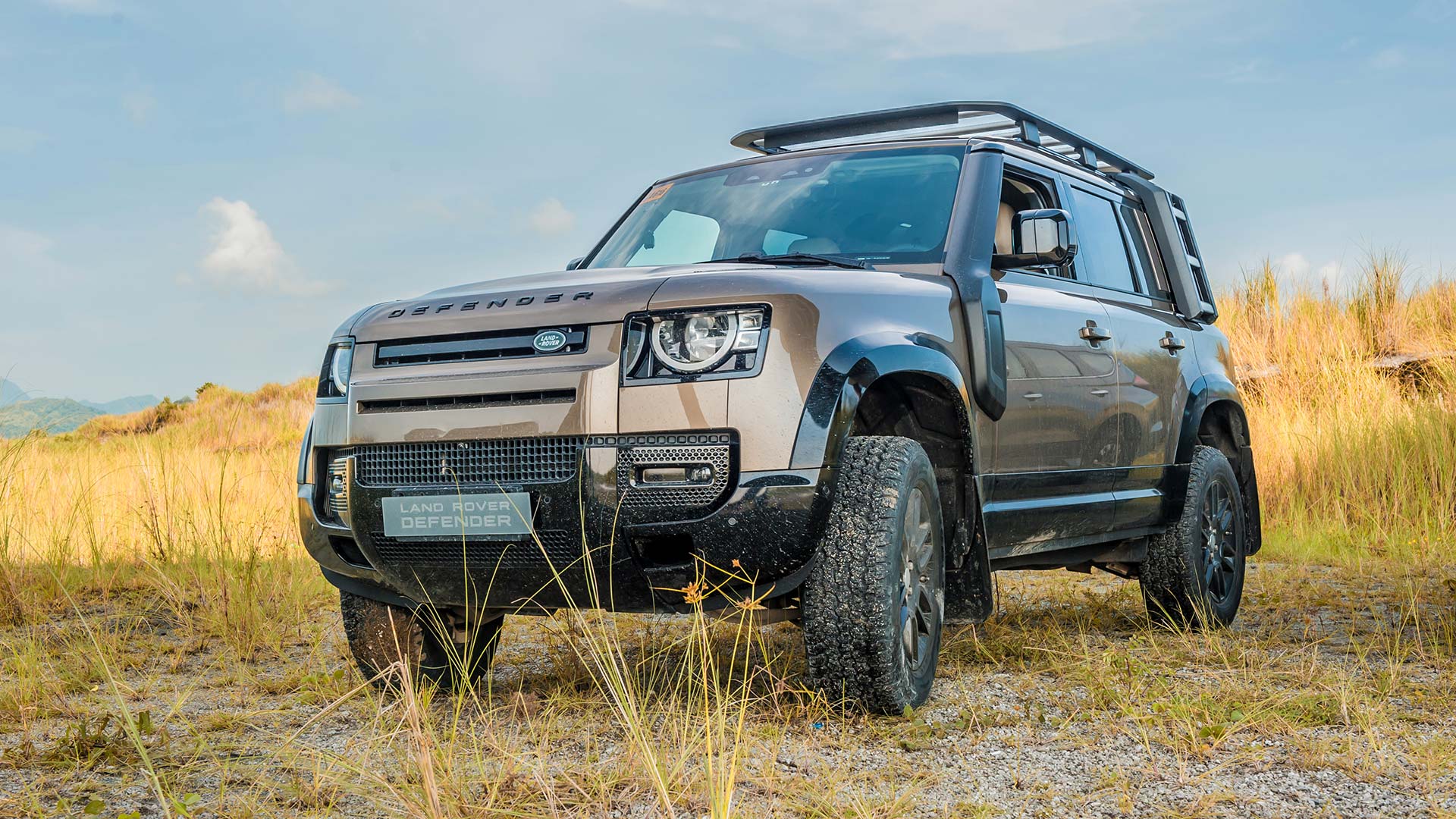 Thinking of crossing the African continent from the north to the southeast then to the west and vice versa in the new Defender? Why not? An undertaking like this always takes preparation, and that means preparing the new car (or any 4x4 for that matter) for the adventure should any trouble come along. Journeys such as these are more recreational now than a necessity, and any recreational endeavor would be executed with the most possible comfort and convenience, since the cost is usually considered in doing an adventure like this. And truth be told, not many can truly afford it, let alone have the time for it.

So in closing, do I want a new Defender? Oh yes, definitely. As a family adventure wagon and as a daily driver, the new car does both very well. But I’ll be keeping the old warhorse in reserve for my own personal punishment enjoyment. 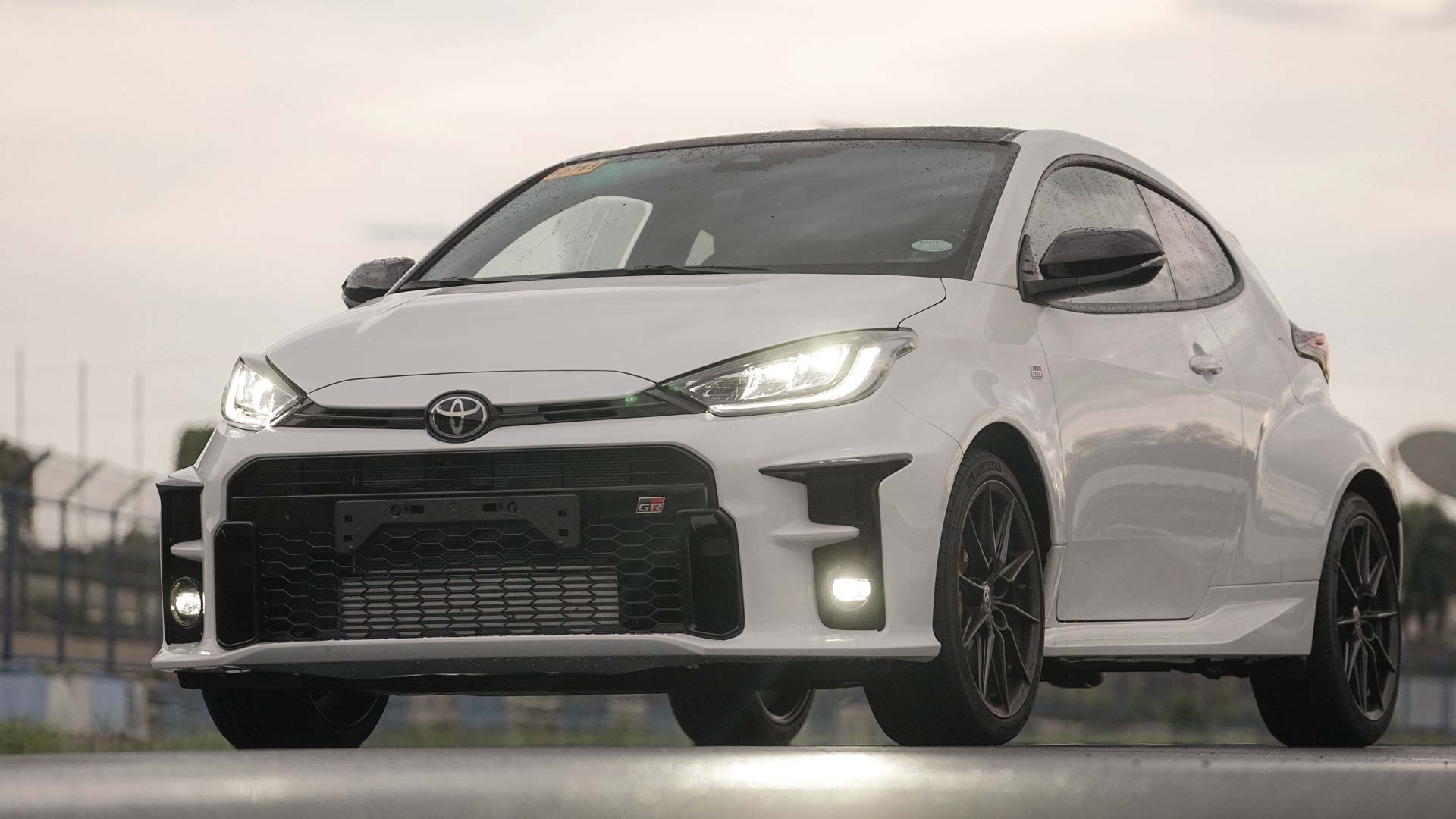 I never thought my first track day would be with the Toyota GR Yaris
View other articles about:
Recommended Videos
Read the Story →
This article originally appeared on Topgear.com. Minor edits have been made by the TopGear.com.ph editors.
Share:
Retake this Poll
Quiz Results
Share:
Take this Quiz Again
TGP Rating:
/20