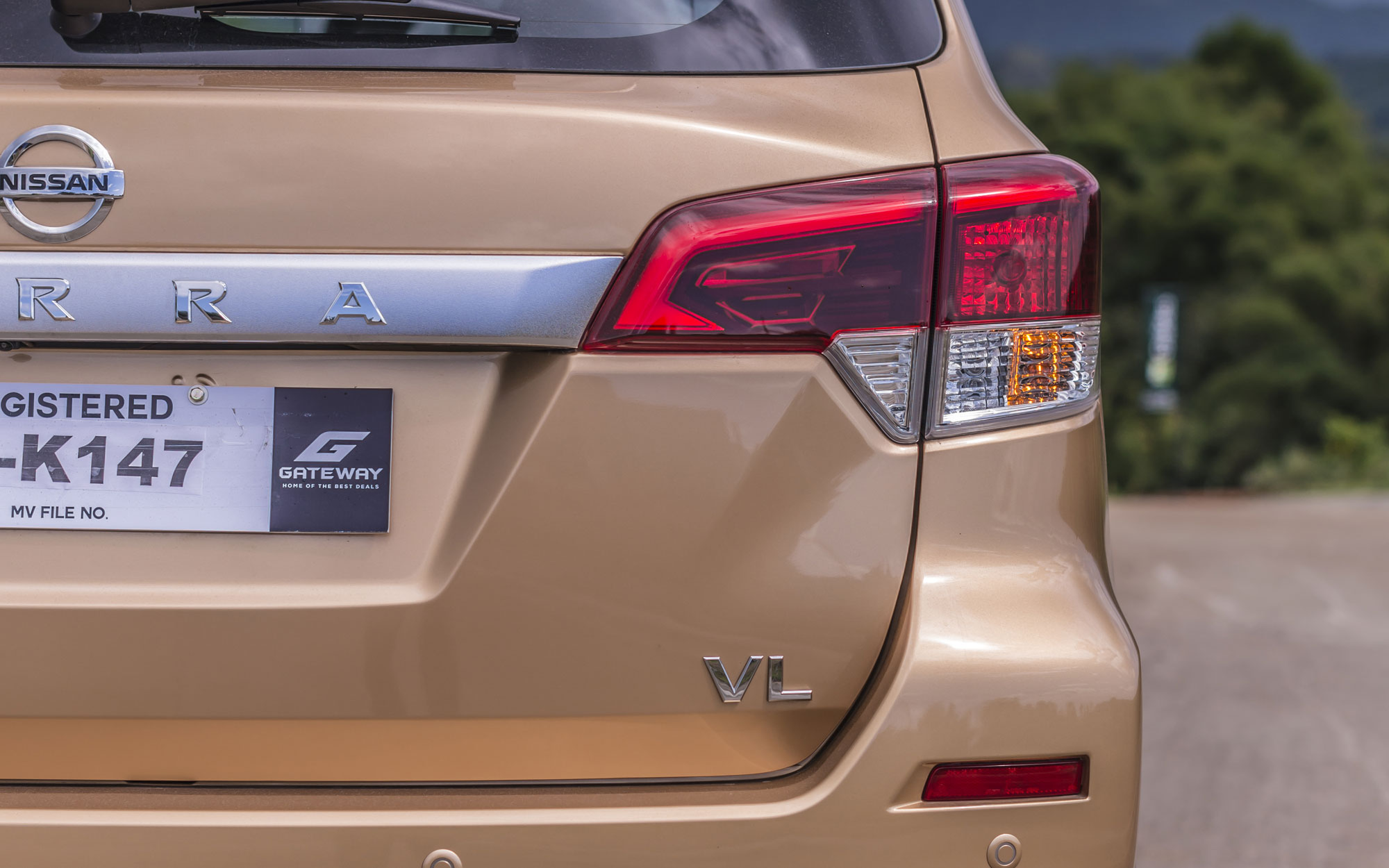 ‘Make no mistake, Nissan is serious about its mission’

Is it just me, or do cars just keep getting bigger? No, I don’t mean that Hyundai Eons are suddenly challenging vertical-clearance bars in parking lots. What I mean is that the market is constantly seeing new bang-for-buck options that offer more room and oomph than your average sedan.

Speaking of the sedan, we’ve noted in a past story that they’re slowly but surely waning in popularity. In fact, Ford is killing off its entire sedan lineup in the US. The body type’s dwindling relevance is thanks in no small part to the rise of crossovers. Why buy a sedan when, for just a bit more money, you can get more interior space and SUV-like ground clearance?

It shouldn’t come as a surprise, then, SUVs are king on Philippine streets, standing head and shoulders above compacts and hatches. In a nation riddled with bad roads, worse traffic, and danger seemingly lurking around every corner, these big, bulky, diesel people-haulers are highly sought-after currency for good reason.

And given how Japanese-car-crazy we are, two titans from the Land of the Rising Sun have ruled over the kingdom over the last decade or more. On one end of the battlefield stands the Toyota Fortuner, backed by the brand’s unwavering reliability and loyal fan base. On the other is the Mitsubishi Montero Sport, a vehicle so revered that no amount of sudden intended accusations have managed to dent its popularity.

There are other rulers in the land, sure. The Isuzu MU-X is no slouch and has its own loyal clans in certain parts. The Ford Everest, too, retains its share of the fiefdom. It’s no wonder, then, that Nissan rounded up its troops last year in an attempt to bring anarchy to the established order. Enter the Terra.

Make no mistake, Nissan is serious about its mission. We need not look further than last year’s regional launch held right here in Clark, Pampanga. Usually, a new vehicle entering our region for the first time gets a big launch in a neighboring market like Thailand or Singapore, before making its local debut a few months later. The former are the big, significant markets, according to the powers that be. But this time, Nissan deemed our market as the ideal launch pad (ha...) for its new SUV. duly noted.

The Terra’s exterior exudes Nissan’s sincerity. It possesses none of Mitsubishi’s ‘look at me’ Dynamic Shield stylings. It’s almost all business, save for a few design cues that border on being stylish. The signature V-Motion grille is there, naturally, mixed with an overall boxy and utilitarian shape. Adding some curves are big, beefy haunches and character lines that give the facade some much-needed personality. It’s a look based on pragmatic considerations, but it works. And it looks good among the flora and real estate of Timberland Heights, where our shoot is taking place.

The reason for the mixed styling is perhaps rooted in history. While the aforementioned Mitsubishi, Ford, and Isuzu rivals share platforms with a pickup, the Navara was never intended to become an SUV. The Terra was developed years later, and only shares similar driver and passenger doors with its pickup brethren. The rest? It’s all unique.

Inside, it’s pretty standard Nissan fare. The dash is a mix of dark and shiny plastics, while the leather seats provide plenty of . Head- and legroom are plentiful, as expected. New here, at least as far as Philippine-spec vehicles go, is the presence of Android Auto on the seven-inch touchscreen display. The system works well, and according to executive editor and ardent Apple aficionado Dinzo Tabamo, it’s in some ways superior to Apple CarPlay. For the rear passengers, there’s a foldable screen that mirrors the front monitor.

The Terra also comes equipped with the Nissan Intelligent Mobility suite of features, which are pretty handy if you’re inclined to use them. A simple flick of the rearview mirror will show you feeds from the numerous cameras and sensors strewn about the SUV. They certainly make managing the vehicle’s dimensions easier.

Propelling the Terra is a 2.5-liter YD25 diesel with 187hp and 450Nm on tap, paired to a seven-speed automatic transmission. Yup, the same mill found in the top-of-the-line Navara. The diesel delivers power smoothly through the middle ranges and hums with a quiet gurgle, belying its oil-burning nature. Save for some slight lag on sudden surges here and there, it’s a very capable mill which will accomplish 99% of SUV users’ needs.

Where the Terra truly shines, is in its handling. And it’s on full display here in the hills of Rizal. Many of my colleagues have said time and again that the Navara has the best handling out of all the midsize pickups, and I dare say the Terra continues that trend. Through sharp corners and steep climbs, it retains its composure and stability. The steering possesses a healthy weight that’s neither too cumbersome nor too light. Despite its size, the SUV maneuvers through early morning cyclists and tricycles with surprising agility.

Perhaps it’s that niche that will become calling card once it becomes a more familiar face to the market. In a segment as stacked as the midsize-SUV class, a newcomer needs to find a way to stand out. Toyota trumpets the Fortuner’s elegance. Mitsubishi knows damn well its Montero Sport’s look is divisive and isn’t afraid to flaunt it. Isuzu plays up its MU-X’s fuel economy and variety of engines. If Nissan’s entry is indeed the best-handling of the bunch (we’d need to do more comprehensive testing to determine that), then that could (and should) be its ace in the hole.

With a starting price of P1,499,000 at the time of writing, the Terra is right in the ballpark of its rivals. In fact, it even shares the same base price as the Montero Sport. Will the Nissan overthrow the current kings and steal the crown? It could take a few years for that to happen, if ever. It wasn’t so long ago that Nissan was considered a fading brand, right before it experienced its ongoing resurgence. Automotive memories in the Philippines run long, so the chaos that Nissan plans to unleash on the SUV dominion could be a slow, steady burn. But it could very well be a fire that burns bright over the entire kingdom. 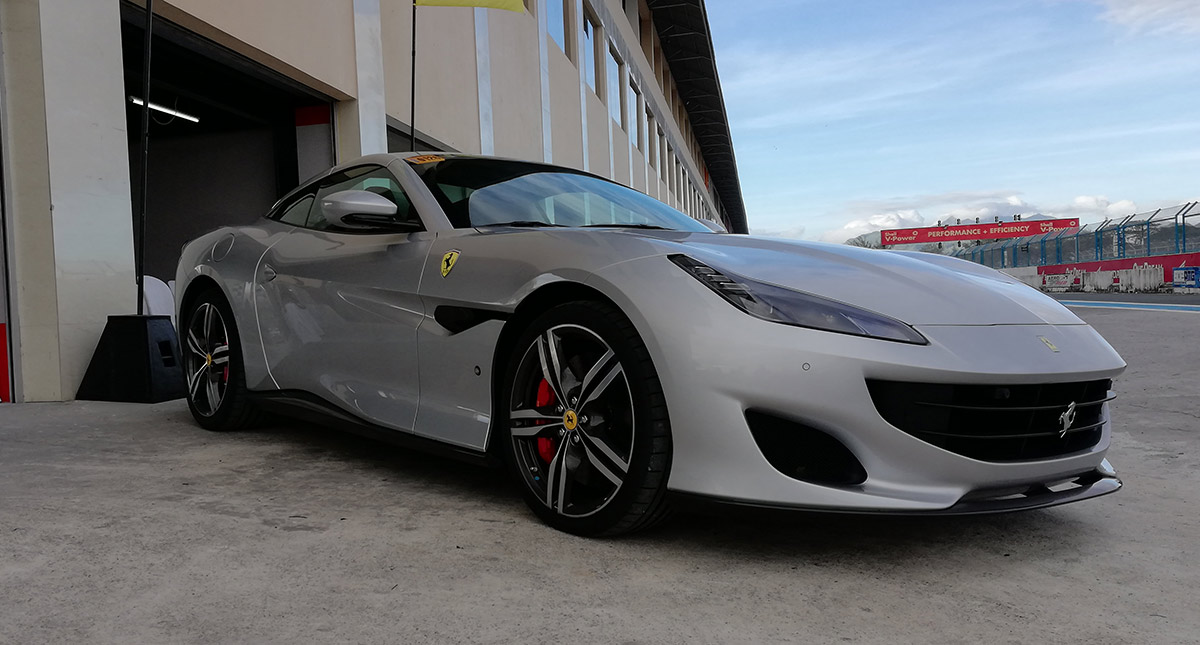 An all-Ferrari track day with a grand-touring twist
View other articles about:
Read the Story →
This article originally appeared on Topgear.com. Minor edits have been made by the TopGear.com.ph editors.
Share:
Retake this Poll
Quiz Results
Share:
Take this Quiz Again
TGP Rating:
/20