The strongest reactions to banning cars without passengers on EDSA 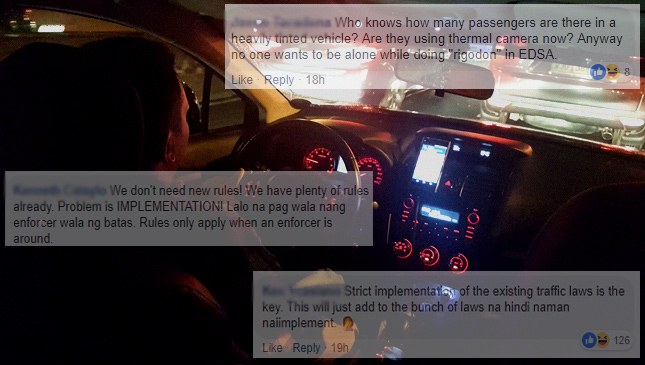 Okay, it looks like the Metropolitan Manila Development Authority (MMDA) has finally set things straight. The plan is to ban all cars with no passengers across all private lanes of EDSA during rush hour, and not just along the thoroughfare's high-occupancy vehicle (HOV) lane as previously reported.

Again, no implementing rules and regulations, penalties, or even hours of implementation have been set, and MMDA spokesperson Celine Pialago told us that the exact stretches of EDSA to be affected by the measure are still being determined.

Still, the lack of specifics didn't stop countless angry motorists and netizens from expressing their displeasure on social media. Some were disappointed, others were livid, and we're sure many couldn't be bothered to type their two cents worth and instead opted for a facepalm.

Below are some of the strongest reactions to the Metro Manila Council's move to ban driver-only cars on EDSA. Are you upset with the new measure as well?

Harold Capili: "Implement the laws that we have, clear the sidewalks of vendors, clear all roads of illegally parked cars. Also, the local government and their respective barangays should be held responsible for their roads and sidewalks to be clear of cars and anything that blocks walking paths for pedestrians. The mayors and barangay captains should be penalized if they fail to implement existing laws."

Ken Ycasiano: "Strict implementation of the existing traffic laws is the key. This will just add to the bunch of laws na hindi naman naiimplement."

Raymond Cutaran: "Better if they stop accepting lagay from bus companies who use EDSA as a terminal daily and the enforcers just look the other way. Instead of targeting private vehicles, why not reduce the numbers of buses? If you pass by EDSA, you'll see buses with few passengers. How many buses do we have now in EDSA?"

Alvin Pangan: "Ang galing ng brainstorming ng mga taga MMDA. Vehicles are not the problem, it's how you use the road! By strictly obeying traffic rules and regulations! On my personal observation, "lane splitting" is the topmost cause of traffic and delays on every road in the metro. Four lanes pero five to six cars ang gumagamit, this is especially true for motorcycles and small cars na basta kasya sa lane pasok lang! This kind of road attitude causes the flow of traffic to delay!"

Jason Tacadena: "Who knows how many passengers are there in a heavily tinted vehicle? Are they using thermal cameras now? Anyway no one wants to be alone while doing 'rigodon' in EDSA."

Amlac Leahcim: "Stupid law. To remove traffic, ban registration of cars seven years older. Then after that traffic will be resolved."

Joey Lee: "This is a temporary solution to EDSA traffic as thousands of new cars are added every year. Maybe next time they'll ban taxis, and buses with no passengers as well."

Kenneth Cataylo: "We don't need new rules! We have plenty of rules already. Problem is implementation! Lalo na pag wala nang enforcer wala ng batas. Rules only apply when an enforcer is around."

Paul Chan: "It will not help. Just making it hard for Filipinos traveling from place to place."

Ed Pinga: "This will be another problem and headache in the making. I still believe that the solution is to limit PUVs and Buses on the two rightmost lanes (I call this service lane) and restrict them from using underpasses and flyovers. The best way to do it is to provide a concrete barrier starting in Buendia all the way to Balintawak (and vice versa). Private vehicles coming from the South exiting to Ortigas (and nearer) must be diverted to this service road. I made this recommendation before to MMDA and even posted it in my wall, but no comment was given." 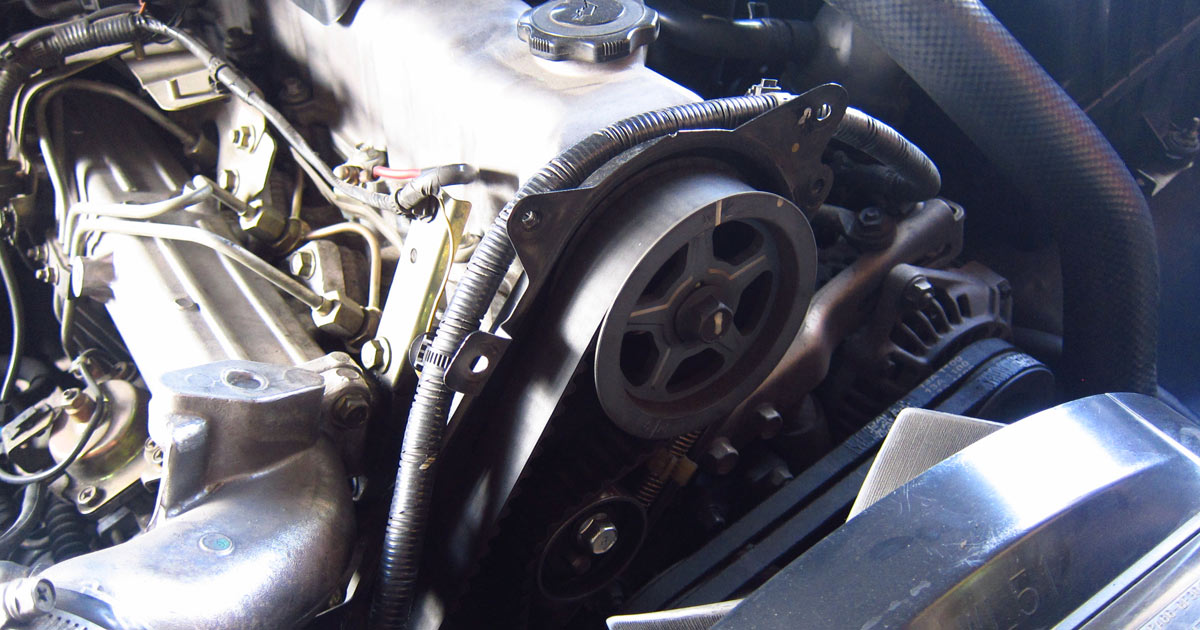 Car ownership 101: The timing belt
View other articles about:
Read the Story →
This article originally appeared on Topgear.com. Minor edits have been made by the TopGear.com.ph editors.
Share:
Retake this Poll
Quiz Results
Share:
Take this Quiz Again
TGP Rating:
/20