Someone just built a Tesla Cyberquad from scratch

Remember the Tesla Cybertruck reveal? Yeah, it didn’t go exactly as planned—the sound of the pickup’s shatterproof glass, uh, shattering, is still fresh in our memories.

Want to know what else was memorable from that event, though? The Cyberquad that rolled onto the truck bed towards the end of the reveal. Frankly, it was almost as cool as the Cybertruck itself. It looks like we weren’t the only ones who got excited over the prospect of a Tesla-made all-terrain vehicle, either, because someone went ahead and built one from scratch.

YouTuber and Tesla addict Rich Rebuilds recently shared the fruits of his team’s labor, and we wouldn’t be surprised if somewhere out there, someone from Tesla—perhaps maybe even Elon Musk himself—is taking notes. Either that or, well, he’s already having his legal team prepped.

In all seriousness, though, this thing is very impressive. After some sleuthing, Rich Rebuilds determined exactly what vehicle the Cyberquad at the reveal was based on (a Yamaha Raptor 700) and got to work. After tearing the ATV down, the team equipped it with an electric powertrain and batter from a motorcycle. You can watch the entire build from start to finish in the video below:

The result? A Cyberquad that sounds like a blast to ride, and is capable of reaching a whopping 164kph. We’re guessing handling the Cyberquad at that speed is probably a lot more frightening than it sounds in the video. Oh, and Rich Rebuilds also managed to tow a Hummer with the thing, too.

“You’ll see the quad pop up in a few videos in the future here and there, and at some point, I may upgrade to a more powerful motor and controller and make this thing even more insane,” Rich Rebuilds says.

Well, we’re looking forward to it. So, do you think an actual Tesla-made Cyberquad will actually make it to production? 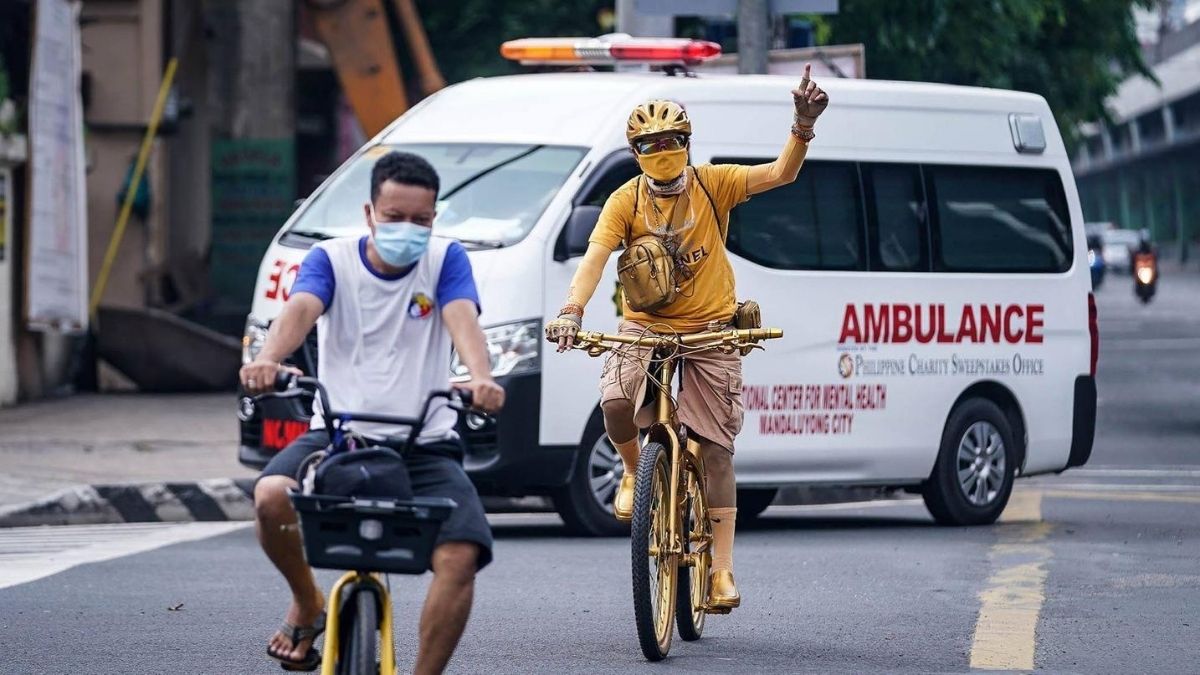 You won’t miss this colorful senior citizen biker on the road
View other articles about:
Recommended Videos
Read the Story →
This article originally appeared on Topgear.com. Minor edits have been made by the TopGear.com.ph editors.
Share:
Retake this Poll
Quiz Results
Share:
Take this Quiz Again
TGP Rating:
/20