Were you scared and intimidated when you got your first car?

The moment I first realized I was an adult was when I walked into a bank alone, with all the requirements needed to apply for a credit card. Despite reading and comparing perks and rates online as well as seeking advice from my colleagues, I still felt unprepared, intimidated, and not quite ready to be an adult yet.

Five years later, I’m once again taken over by that same dread. You’d think that seven years of road trips and car shoots would have prepared me for this, but when I was told that I needed to gas up and bring my Honda Jazz test unit for a wash, I couldn’t help but panic. I’ve never really done these things myself—during out-of-town shoots, I’d usually just hand over the cash to the designated driver and tell him to whom the receipt should be issued. And that’s the end of that.

I did my best to do some research even before getting the test unit. When the fuel gauge’s needle dropped below the half-tank mark, I got a bit worried and asked my coworker what brand of fuel should I top up with. He dismissed my question and said that with the amount of driving I do, I wouldn’t need to refill the car. So helpful. Some time later, I was driving the Jazz with the low-fuel light blinking and ‘0 km’ displayed on the range meter after the car was borrowed and used by other Top Gear PH members while I was out of the country for vacation.

I didn’t bat an eye when I got behind the wheel of the Japanese hatchback on my way to the fuel station. I trusted the car. Two things I’ve learned over the course of this long-term test drive: First, the Honda Jazz is the real MVP for this noob driver. Second, never ask for advice from that coworker again.

Turning into the fuel station triggered the dread and unpreparedness, however. What kind of gas should I choose?? The Jazz takes gasoline, right? Where’s the knob that unlocks the fuel tank? Oh my God, is the tank on the left or right of the car?! The gas boy is offering to clean the windshield—how much would that cost? Really? Just leave? Wouldn’t that be rude?

Unlike my driving speed, which averages 40kph, my thoughts can hyperdrive up to 200kph.

I was also a hoot at the car wash. I hid my surprise when I learned that a basic car wash only costs that much. And since I wanted to act like I have my car washed regularly, I didn’t bother asking about the procedure. It’s only P100, anyway—how thorough could it be? Apparently, I also get free vacuum cleaning. I had to hurry back to the car to haul out my four passengers, who were promised that they could stay inside and enjoy Honda’s famous A/C. So, we stood around the car awkwardly and hurried back from time to time in order to move away shopping bags and cables we had left in the cabin in our rush to get out.

It’s been five years since I got my first credit card. Five years since I felt like I got a badge for being an adult. But because of the Jazz, I felt like there’s a higher, more premium adult badge for people who’ve bought their own car. And though I feel like I’ve been on an emotional roller coaster this whole time I’ve had the Honda test unit, there’s also a sense of accomplishment and relief. That I’m somehow doing this experiment as initial research for when I get my first real car.

Is this staunch commuter imagining herself walking into a Honda dealership with all requirements needed to purchase her own Jazz? Maybe. 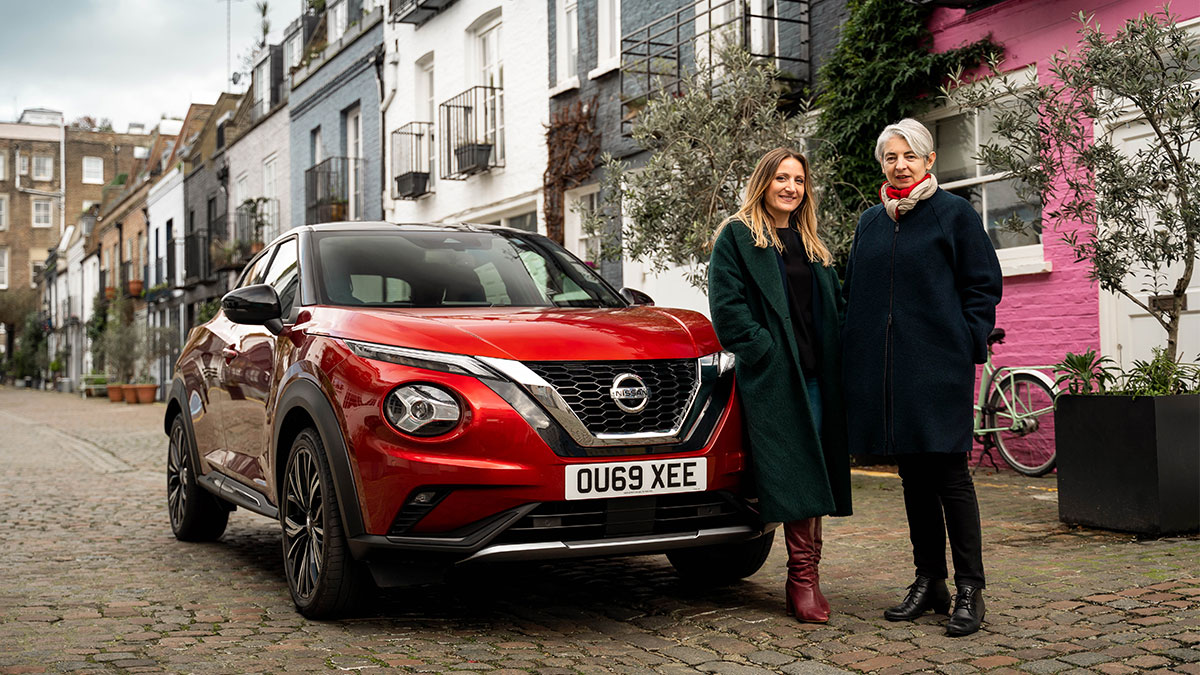 These are the women behind the second-gen Nissan Juke’s design
View other articles about:
Read the Story →
This article originally appeared on Topgear.com. Minor edits have been made by the TopGear.com.ph editors.
Share:
Retake this Poll
Quiz Results
Share:
Take this Quiz Again
TGP Rating:
/20