Sorry, we couldn’t help it. Whether you’re a fan or not, the James Bond franchise has entertained moviegoers for decades unlike anything before or since. Admit it: You’ve argued with your dad or tito (or maybe even your lolo) about who the best Bond is at least once before, which goes to show how the movies have evolved over time to capture the particular tastes of a generation.

There are many reasons to love these films, after all. A big part of their appeal to gearheads lies in the main character’s rides. No matter where he ends up in the world, the super spy always ends up being issued the best cars by MI6—almost always British, naturally, and usually made by a company based in Gaydon.

There was a time, however, when 007 ditched the British Racing Green in favor of a German brand. During most of Pierce Brosnan’s run as Bond in the ’90s and the early ’00s, BMW was the badge of choice for the secret agent’s missions. Here, we’re gonna look at one of those cars as featured in a chase scene in 1997’s Tomorrow Never Dies.

In the previous installment Goldeneye, Bond was issued a BMW Z3 that...honestly didn’t do very much. There was a whole scene explaining the gadgets and weapons that lay under the paint, but we never got to see them in action. Hell, we barely got to see the car at all. Disappointing, really. So, by the time the next film rolled around, we can only imagine viewers wanted to see more action from whatever car Bond was given. That car ended up being the BMW 750iL.

Ugh. Not to hate on the 750iL, mind you. The full-size executive sedan did come packing a V12 with 322hp and 490Nm, and came loaded with advanced tech for its time. But really? An executive sedan? After we’d gotten used to Bond’s gorgeous grand tourers and spirited sports cars in earlier films, seeing him in a Wall Street CEO’s daily driver was a little underwhelming. In fact, it’s almost as if the film was doing it ironically. There’s even a scene where Q (played by the inimitable Desmond Llewelyn) poses as an Avis agent before issuing Bond his car.

What kind of gadgets did it have?

Aside from the usual fare like smoke screens and minature rockets, Bond’s 7-Series could be driven remotely from his cellphone. Yes, folks, long before Elon Musk began wrapping his head around autonomous driving technology, MI6’s Q Branch was already pioneering the stuff using an Ericsson handset. Of course, Bond is a natural on the touchpad, able to maneuver the car with the finesse of an esports pro. 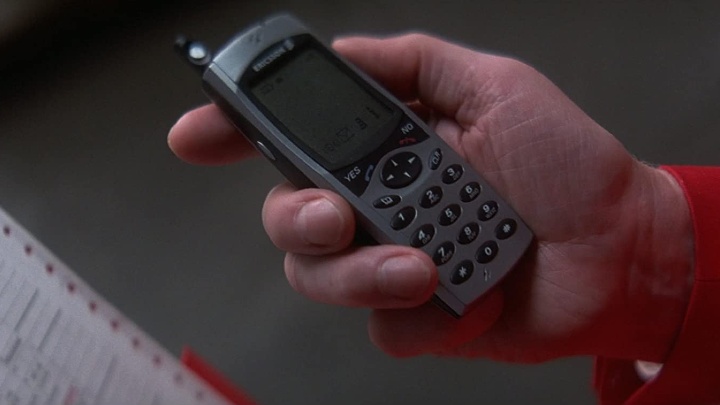 On to the chase, then.

Right. So the scene starts off with some hired thugs attempting to break into the car to retrieve a precious GPS encoder Bond has stolen, but to no avail. Bond activates the smoke screen to stun the bad guys before launching the car into action, jumping into the back seat through an open window along the way. Using his phone, Bond engages with the bad guys through the multi-level car park using, guns, tire spikes, and missiles. Not one to forget his contract obligations, Bond promptly returns the unit to an Avis office once the chase is over. How nice of him. 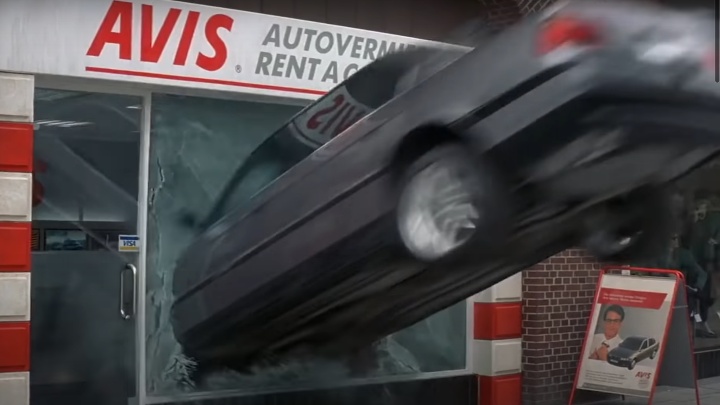 How was it filmed?

The Bond films are known for pulling out all the stops in car chases, largely relying on practical effects to get the job done, resulting in some of the most iconic stunts in cinema history. This documentary shows how the effects were achieved in Tomorrow Never Dies. It’s a good watch for fans of film production, or if, like us, you simply enjoy the cheesy ’90s VHS vibe it has.

The driverless scenes were filmed by having a driver sit low in the rear part of the cabin with his own steering wheel and screens to see the view around him. In all, 17 brand-new 750iL units were used for filming, some of which were “systematically wrecked.” Hey, no one ever claimed that cars aren’t harmed during the making of movies.

Fun fact: While the parking-lot chase was filmed in London, the ending at the Avis office was actually captured in the film’s setting of Hamburg, Germany. The effect was achieved by crashing an actual unit using compressed air into a shop window. Talk about authenticity.

Is the scene realistic?

Umm...maybe if you’re very, very precise. For starters, Bond’s leap into the backseat of a moving car through an open window would require really good timing. Then there’s the rocket that shoots right through the holes in the front and rear windshields and into the bad guys behind the car. We’re gonna assume the henchman shooting meant to do that. And what about the cutter that pops out from under the badge, that just happens to be at the exact height of the obstructing steel cable? What a coincidence.

What we don’t think is realistic at all is the chase’s climax. Sure, maybe you could ram a car through a brick wall with enough of a run up, but we doubt it would fly that far across the street—not when it’s supposedly laden with enough weapons to power a small infantry. No, chances are the crash through the wall would kill any momentum it had, resulting in an anticlimactic drop to the ground, probably onto unsuspecting pedestrians. We expect MI6 would assume plausible deniability in that case. 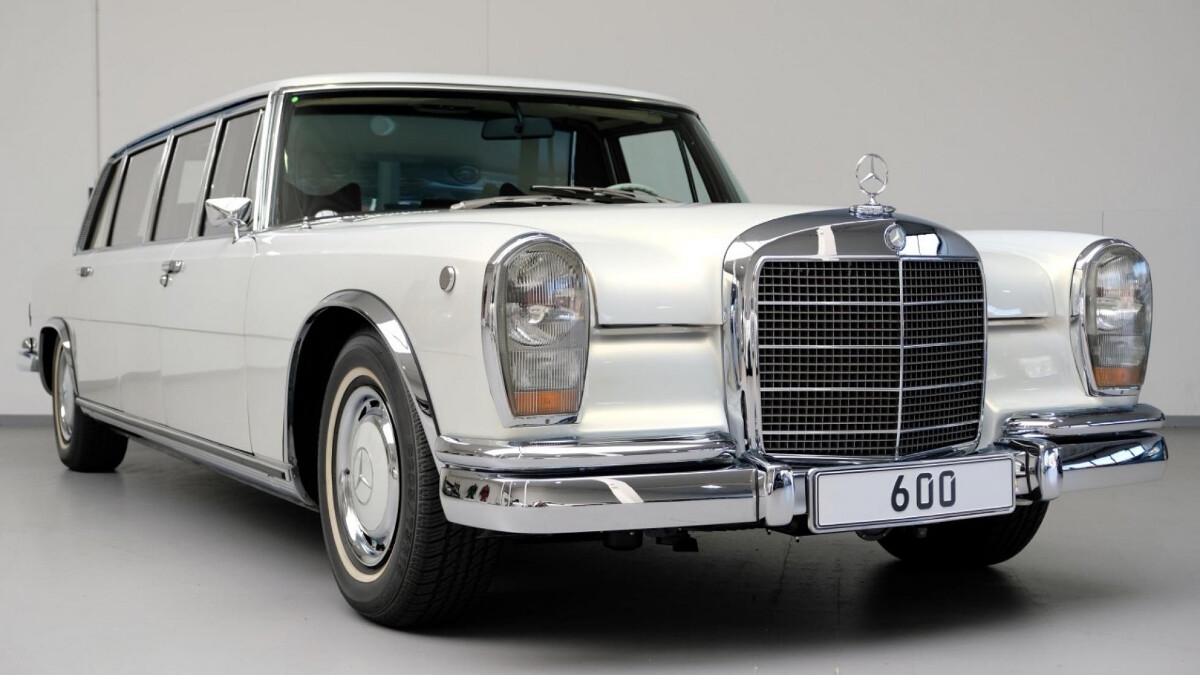