Definitely not for everyone
by Craig Jamieson | Aug 2, 2020

On the face of things, autonomous cars don’t really make a ton of sense. We are, apparently, totally up for spending huge sums of money on a car with more sensors than movie and TV review board (note to self: aural jokes are different from written ones), more algorithms than a Facebook feed, and computers with more processing power than the Space Shuttle program.

On a mildly related side note, we buy cloud storage and backup hard drives because we don’t trust our office computer not to break, but we trust a car computer to work flawlessly...yep, checks out. Anyway, back to the action.

So far, car and tech companies have spent more than $16 billion (P1 trillion) on autonomobiles. And that’s quite the sum of money to solve the only problem that cars really didn’t have. If they’d used that money to make cars last longer, or be easier to fix, or just stop making that dinging sound when we open a door, we’d be on board. But instead, that sum went to getting rid of the one thing in cars that tends to keep working for decades: the driver.

But perhaps we’re being unkind. After all, there are a number of circumstances in which autonomous cars will actually be worth the investment. And, luckily enough, we’ve managed to pin these exact scenarios down.

1) If your darling toddler has kept you up all night to the point of near-delirium, but your holiday starts today and it’s the beach or bust

As the dads in Top Gear’s weekly Zoom meeting can attest, having a child is a wonderful way to explore new and interesting definitions of the word ‘exhausted.’ Helpfully, babies and young children have a special system when it comes to sleep. There is an inverse relationship between how far you have to drive tomorrow and how much sleep your beloved offspring will let you have the night before. We may have misused the word ‘helpfully’ there.

Nevertheless, this is where the self-driving car sees its moment (should it have the self-awareness to do so) and steps into the breach, taking over driving duties while parents enjoy inadvertent microsleeps while trying to distract a wailing child with episodes of Bluey on an iPad and escalating bribes about how many presents they’ll receive if they just...stop...screaming.

2) If you’re a truck driver who really wants to binge-watch that latest series that everyone’s talking about, but your 14-hour-a-day schedule doesn’t really leave room for it

Look, we get it. Everyone’s been talking about whatever’s trending on Netflix at the moment and you’ll be damned if you’ll accept having it spoiled for you. There is, however, one small problem: You are a truck driver, and the world’s quest to fill every house with at least six things its occupants don’t need requires the bulk of your days.

Luckily, autonomy (should it be implemented with humans still finding a use as fleshy emergency backups) means that you’ll be able to stay up-to-date with the next big true-life series. Pass the popcorn.

3) If you’ve always wanted an excuse to strap lidar and radar systems to your roof rack, but have so far been stymied by annoying things like ‘safety,’ ‘purpose,’ and ‘logic’

Look, we get it. That roof rack on your new SUV looked just so rugged and so up for carrying pods or skis or enough North Face duffels for 20 backpackers. Or, indeed, a smattering of scanners usually reserved for military installations. But the pesky foil that is logic kept getting in the way of your plans.

But to have even a hope of not immediately driving into the nearest wall, autonomobiles have to scan more things than a supermarket clerk doing double shifts. And to do that, they use radar and lidar. Your plans to fit a sonar transceiver? Er, we’ll think of something. Maybe an autonomous amphibious car? Hey, don’t laugh. They’re about as useful as each other.

4) If you genuinely hate the act of driving, yet refuse to use any form of mass transit, private chauffeur, or kickstarter-funded apparating device

It’s one of the sad facts of the world that some people just don’t like driving. It must be said, in the interests of transparency, that there are far sadder facts about the world, which are much easier to come across and much better at keeping a decent human being up at night. But somewhere on that list of mildly sad things, nestled between “dogs can’t eat chocolate” and “Suicide Squad won an Oscar’ is the fact that the transcendent excellence of getting behind the wheel does nothing for a select group of people.

But now imagine if, within this sad congregation, there was a subset of people who also hated the idea of walking, cycling, trains, buses, taxis, rickshaws, tuk-tuks and gondolas. And yet still insisted on leaving the house and getting about the place.

Well, it’s right at the end of this exceptionally long bow to draw that we find another perfect place for autonomous cars. Let’s call it a growth market, if you’re willing to accept growth that’d be outdone by a bonsai tree.

5) If you’re actually the kind of person that smiles while reading a newspaper and drinking coffee, like the ones that autonomous car hopefuls use in their marketing photos

You’ve seen the photos by now—thin, perfectly groomed people with perilously white teeth, perched in a comfortably recumbent yet thoughtfully engaged posture, sipping coffee and reading the day’s events while smiling. While smiling.

When was the last time you read a news article that caused anything other than terror, disgust, and malaise? And this person’s smiling! Not grimacing, not wincing, not searching for their children to hug them and tell them that everything is going to be all right while knowing the exact opposite is the case. Smiling that thin, ice-cold smile.

Clearly, this person is not to be trusted. 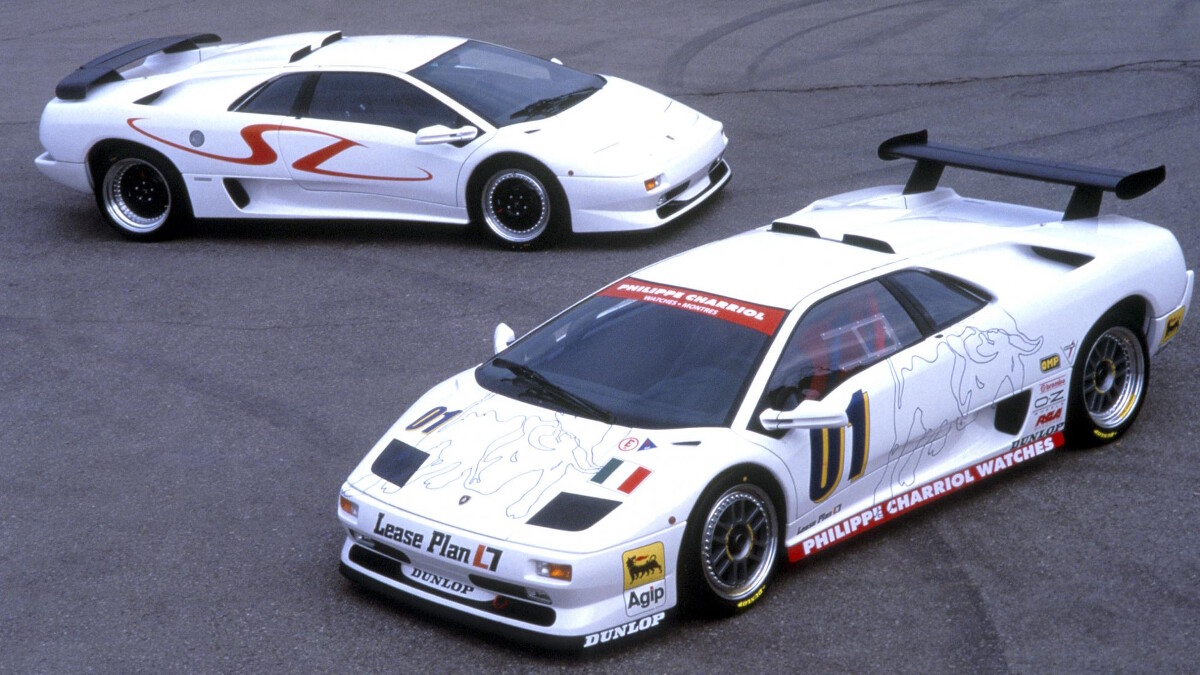 A look back at Lamborghini’s scary Diablo track specials from the ’90s
View other articles about:
Read the Story →
This article originally appeared on Topgear.com. Minor edits have been made by the TopGear.com.ph editors.
Share:
Retake this Poll
Quiz Results
Share:
Take this Quiz Again
TGP Rating:
/20