Scene Zone: ‘Snatch’ shows you how not to hire a getaway driver

A getaway driver is a crew’s means of escape. Having one on hand, whether you’re planning a heist, robbery, or any scheme that requires a quick, clean exit is a no-brainer. You’ll want to look for a proper one, too, considering his competence is the thin line between you cashing in or a lifetime behind bars (or worse).

That said, there are a few things you want to look for when hiring a getaway driver. He must be someone who’s 1) a master behind the wheel, 2) as quick on his feet as he is in his car, 3) has some wits about him.

Sadly, Tyrone from Snatch possesses none of those attributes.

Personally, the scenes in the film featuring Tyrone’s incompetence, numerous as they may be, are some of my favorite moments from Guy Ritchie’s 2000 crime comedy. That’s saying a lot considering this is a movie featuring Brad Pitt with an Irish accent and a pre-Transporter Jason Statham.  Don’t let the entertainment value distract you from the fact that Tyrone is the worst getaway driver to ever make an appearance on screen. Ever. He’s that bad, and here’s why:

Tyrone can barely fit inside the getaway car

You know you have a problem when your getaway driver takes a good couple of seconds to hop in and out of the getaway car, in this case a Rover 3500 Vanden Plas (also known as the Standard 2000). It takes him 15 seconds to exit the driver’s seat, to be precise.

To be fair, a good chunk of the blame has to fall on Sol, the man who hired him because he supposedly took part in a rally-driving course. Rally experience or not, a quick visual pat-down should have been enough to tell Tyrone was a poor fit for the crew, and fellow criminal Vinny gets on his case about his decision.

Tyrone is a complete dud behind the wheel

The crew arrives at the bookies, and it’s apparent Tyrone isn’t cut out for the job: He immediately complains a parking slot Vinny sees as ideal is “too tight.” The space looks longer than a full-size SUV, Tyrone. rally-driving course? Sure.

Tyrone then proceeds to back straight into a parked van after labeling himself a natural behind the wheel. If a traffic officer had been nonchalantly passing by, the job would have been screwed.

It comes as no surprise, then, that Tyrone is the reason his crew is eventually nabbed for attempting to rob the bookmaker. Granted, he isn’t the reason the plan falls apart entirely (Sol’s lack of foresight is to blame), but forgetting to put a mask on while entering the premises being robbed has to be mistake number one in the criminal handbook.

Since he’s the only one caught on CCTV not wearing a mask, he’s promptly tracked down, chased, and caught, when he then proceeds to rat on his two accomplices.

“I don’t want that dog dribbling on my seats.”

No one wants a dog hater in their company. Not even hardened criminals. Tyrone, these aren’t even your seats. It’s a stolen car. You aren’t going to drive this thing home after robbing the bookmaker, let alone have to pay for interior detailing.

The last we see of Tyrone is of him being zipped into a body bag. Alive. We aren’t given a clear picture of what his fate is, and maybe it’s for the best considering the bad guy’s unnerving amount of knowledge regarding a pig’s digestive system.

It’s sad seeing Tyrone go.  Sure, he hated dogs, but he wasn’t a bad dude—he was just extremely incompetent at his job.

If you haven’t seen the Snatch, go watch it. The film is Guy Ritchie at his finest, and it features Brad Pitt in one of his most entertaining roles. If you have, do you agree with our assessment that Tyrone is the worst getaway driver in all of cinema? Let us know in the comments. 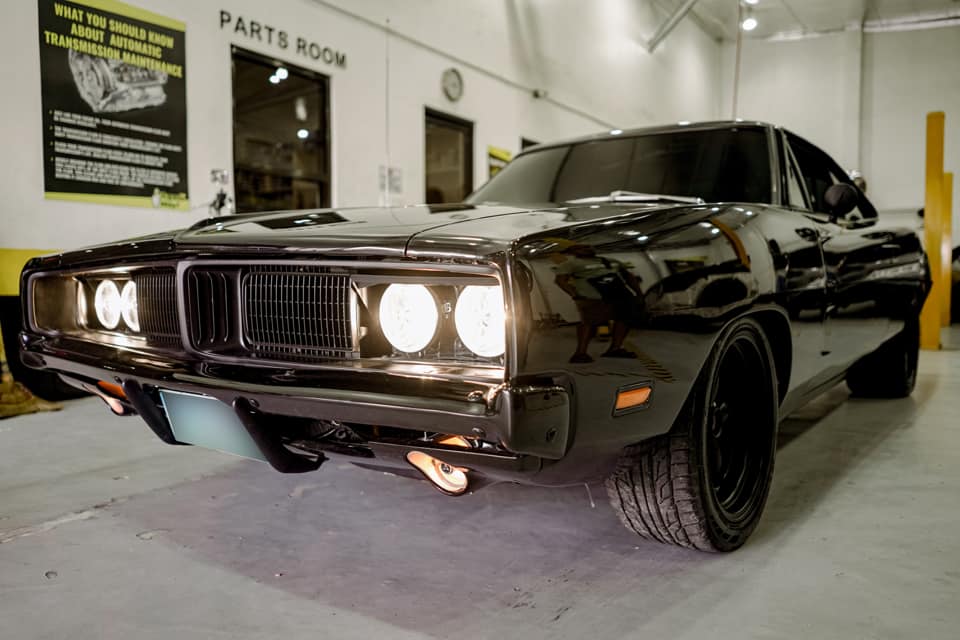 A Cavite mayor is auctioning off his vintage Dodge Charger for COVID-19 relief
View other articles about:
Read the Story →
This article originally appeared on Topgear.com. Minor edits have been made by the TopGear.com.ph editors.
Share:
Retake this Poll
Quiz Results
Share:
Take this Quiz Again
TGP Rating:
/20