The all-new Mazda goes up against the refreshed, turbocharged Honda
by Leandre Grecia | Aug 18, 2019
CAR BRANDS IN THIS ARTICLE

What you’ll be seeing here is a matchup between two Japanese masterpieces: the Mazda 3 and the Honda Civic. The all-new Mazda 3 was launched in the Philippines only recently, while the Civic received a refresh earlier this year.

Since we weren’t fortunate enough to receive the Civic hatch in our local market, we pit its sedan counterpart against the hatchback version of the Mazda 3 instead. It was still a fitting matchup since there were only slight differences between the two.

The new 3 features an exquisite design that simply oozes elegance, while the Civic maintains a neat balance between an executive and sporty look. Contrary to what some people—like me—might assume, the former is longer and heavier than the latter. To be exact, its wheelbase is 27mm longer and it weighs 41kg heavier.

This Mazda hatch packs a 2.0-liter Skyactiv-G inline-four engine capable of 152hp and 200Nm under its hood, which is mated to a six-speed automatic transmission. Honda’s sedan, on the other hand, is powered by a slightly stronger 1.5-liter VTEC turbocharged inline-four motor that peaks at 171hp and 220Nm. Both powertrains feature a front-wheel-drive setup.

Both cars also carry a handful of safety and driver-assist features which include ABS with electronic brakeforce distribution, hill start assist, cruise control, and of course, paddle shifters. Mazda’s premium hatch edges bags a small win in the tech category, though, with a 360-degree view camera complemented by front and rear parking sensors, while the Civic only sports a multi-view reverse camera. The 3 also provides better entertainment with its 12-speaker Bose audio system setup.

The top-of-the-line Mazda 3 comes with a P1,590,000 price tag, while the turbocharged Honda Civic is valued at P1,608,000. If you had to pick between these two, which car would you want to get? Check out more details below and let us know what you think. 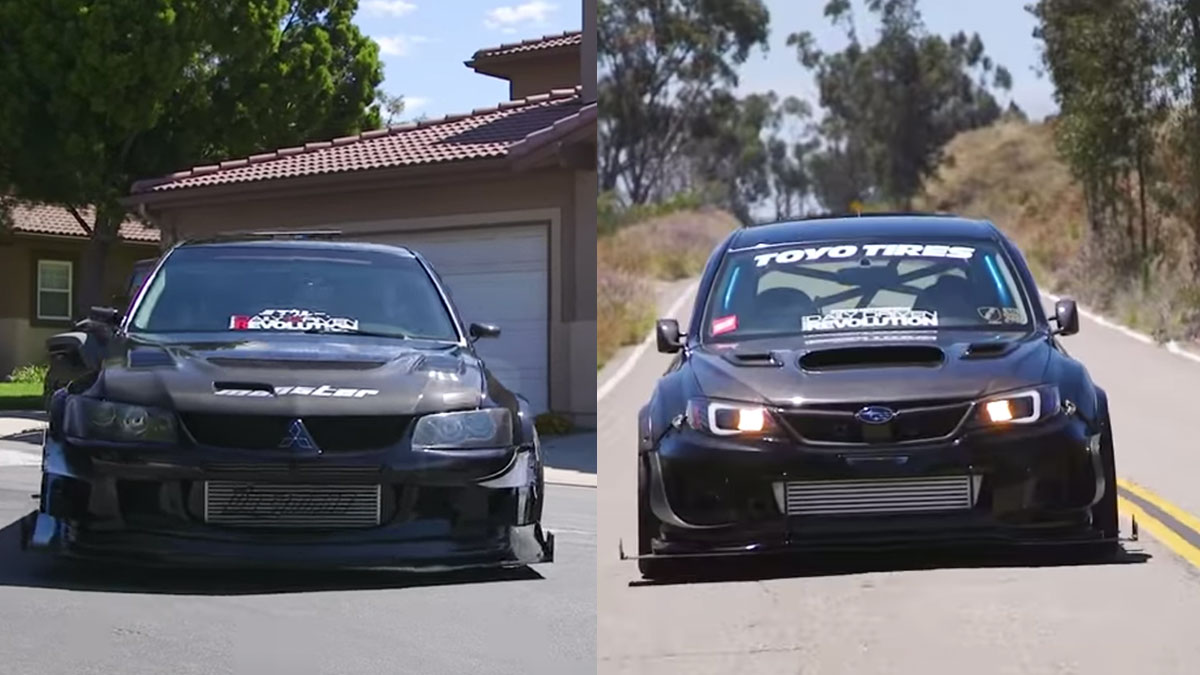 Best of YouTube: Evo or STI?
View other articles about:
Read the Story →
This article originally appeared on Topgear.com. Minor edits have been made by the TopGear.com.ph editors.
Share:
Retake this Poll
Quiz Results
Share:
Take this Quiz Again
TGP Rating:
/20