One of the local vehicle segments to grow in recent years is the LCBV or light commercial bus and van segment. We pit the newest full-size people hauler to land on our shores, the Ford Transit, against the latest version of the Toyota Hiace—specifically, the high-roof, long-wheelbase GL Grandia Tourer. While the Transit might be a newcomer to the local market, it has a history in Europe that stretches back over five decades. So, how does Ford’s van stack up against one of Asia’s finest? Let’s find out.

While both vans are designed to optimize interior space for passengers and cargo, each surprisingly has its own unique look—different approaches to designing a big, tall, and roomy box on wheels. The Transit features Ford’s Kinetic Design philosophy, which consists of flowing lines and curves; this is evident on the front end. The Hiace, on the other hand, is noticeably boxier, with sharper corners as well as more defined lines and creases.

The Toyota gets body-colored bumpers and 16-inch alloy wheels, while the Ford makes do with black bumpers and 16-inch steelies with full covers. Both vans feature a single large sliding door on the right side, with the Transit boasting a retractable power side step to make getting in and out of the van easier.

The interior reflects the exterior design language of each van. The Transit has a curvy dashboard, while the Hiace has a boxier instrument panel. The Philippine-spec Transit gets a basic stereo with buttons and a small LCD screen, while the Tourer comes with a 6.8-inch touchscreen. Both have six speakers.

When it comes to seating room, the 15-seater Transit can accommodate one more passenger than the 14-seater GL Grandia Tourer. While the Hiace has one less seat, it has 10 more cup- and bottle holders than the Transit, for a grand total of 22. For keeping your devices charged and powered, the Toyota has two 12V auxiliary power outlets up front and three pairs of charging ports for the rear passengers. The Ford has a total of three 12V auxiliary power outlets—two up front and a lone one for the rear passengers to share.

Motivating the Transit is the American carmaker’s familiar 2.2-liter Duratorq turbodiesel, here producing 133hp and 385Nm of torque. Power is transferred to the rear wheels through a six-speed manual transmission, the sole gearbox offering. Powering the Hiace Grandia GL Tourer, meanwhile, is the Japanese carmaker’s tried and tested 2.8-liter turbodiesel that generates 161hp and 420Nm of torque—a 28hp and 35Nm advantage over the Transit. Power is sent to the rear wheels either through a six-speed manual or an optional six-speed automatic. While real-world fuel efficiency numbers are still yet to be determined, the Transit’s 80-liter fuel tank can hold 10 more liters than the Grandia’s.

On the safety department, both big vans come with standard dual airbags, ABS, and electronic stability control. Another welcome feature both these people movers have are three-point seatbelts for all occupants. The Transit comes equipped with Isofix child-seat anchors on the second row. Before we leave the topic of safety, two interesting European quirks the Ford van has are moonroof-looking ‘escape hatch’ above the rear passengers, and two ‘emergency hammers.’

How much do these behemoths cost? The Ford Transit MT is valued at P2.3 million, and the Toyota Hiace GL Grandia Tourer MT is priced at P2.16 million. The smaller Hiace clearly has the price advantage, but each van has its own strengths. See the spec sheet below for more details. Which large van would you go for? 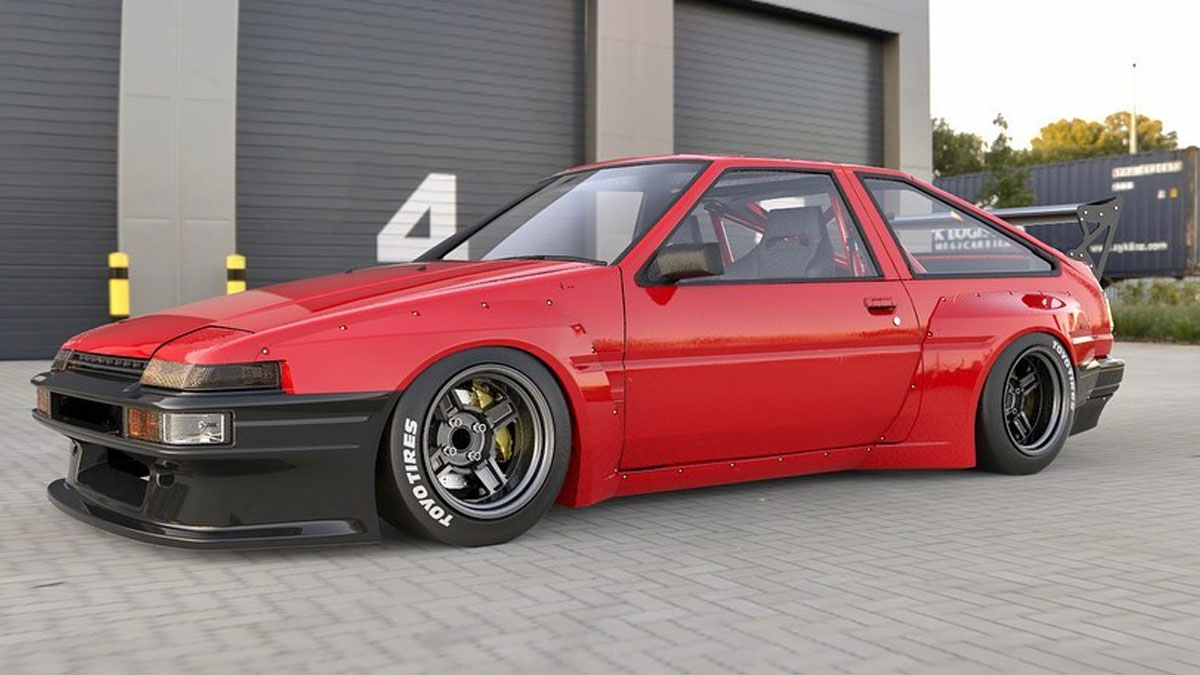 A slammed, widebody Toyota AE86? Yes, please
View other articles about:
Read the Story →
This article originally appeared on Topgear.com. Minor edits have been made by the TopGear.com.ph editors.
Share:
Retake this Poll
Quiz Results
Share:
Take this Quiz Again
TGP Rating:
/20