Take these safe steps: Michelle Yeoh wants you to rethink your driving habits

How distracted are you when driving?
by Stephanie Maureen Asi-de Castro | Mar 18, 2016

The next time you bring out that phone to text while you’re driving, think about this: Every year all over the world, 1.3 million people die because of road accidents. A huge chunk of that number is due to distracted driving. Yes, distractions. As in you fiddling with your phone behind the wheel.

The numbers don’t lie. In the Philippines alone, 10,379 individuals died in 2013 because of road mishaps. Meanwhile, globally, out of 1.3 million annual deaths, 500,000 of those are children. In fact, one person loses his life every second due to a road accident. Half of all these deaths involve pedestrians. That’s a staggering amount right there.

Let those figures sink in for a moment. People perish over acts that are fully preventable. What are the most common causes of these road deaths? We’ve already mentioned distracted driving, but there’s also failure to adhere to speed limits, not wearing helmets and other protective gear when riding motorcycles, and not using seatbelts, among others.

Occasional drinkers should also know that drunk driving ranks high on that list. Contrary to what you think, one drink is not okay. Any amount of alcohol--no matter how little you’ve had to drink, or how high you believe your tolerance is--has an effect on your driving. But don’t just take our word for it. Let actress, producer and Global Road Safety Ambassador Michelle Yeoh explain it to you in the video above.

Michelle has long been a staunch advocate of road safety awareness. She even graced the pages of our magazine as a Traffic Stopper back in July 2010, precisely to talk about motoring safety. This time, she’s taking it one step further through Safe Steps, a multiplatform program featuring posters, advertisements, videos and a website, which promotes the all-important subject. You may have already caught some of the commercials on television, but we've provided the video here as well.

Spare a few minutes and watch it again with renewed insight on the subject. Let us know which habits you’ve acquired as a driver or as a pedestrian are worth changing. Surely, you wouldn’t want to contribute to those statistics, right? Sometimes, it’s as simple as choosing not to text behind the wheel. 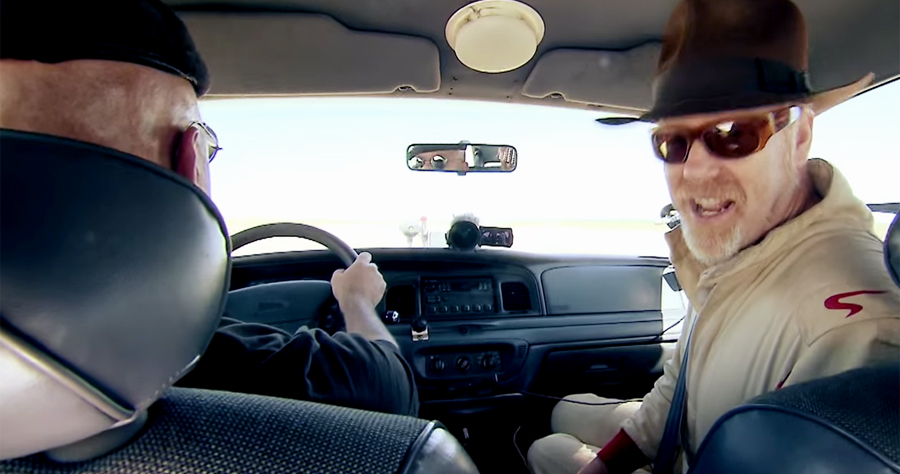 Watch: 10 motoring-related things we learned from the 'MythBusters' TV show
View other articles about:
Read the Story →
This article originally appeared on Topgear.com. Minor edits have been made by the TopGear.com.ph editors.
Share:
Retake this Poll
Quiz Results
Share:
Take this Quiz Again
TGP Rating:
/20