Study: Driving a Tesla increases your chances of finding a date online by 110%

Trying to find love online? If you’re looking to increase your chances of finding a match on a dating app, you may want to consider buying a Tesla.

A recent study by Money.co.uk found that featuring a Tesla in your dating profile can boost your chances of finding a match by up to 110% and 11% for males and females, respectively. The electric car company’s products are apparently more appealing in the online dating scene than vehicles from Aston Martin, Porsche, Land Rover, and Audi.

If, on the other hand, you’re trying to decrease your likelihood of finding a match for whatever reason, just include a photo of your MG. The study found that the British nameplate hurts a person’s chances of getting a date online by as much as -50% for men and -5% for women. Other brands that aren’t a good look for potential dates include Subaru, Skoda, and Vauxhall. Look: 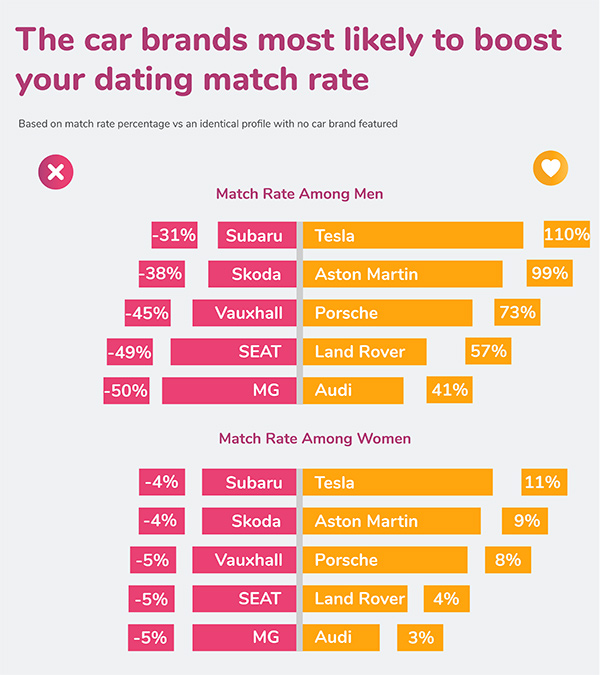 Don’t own a car? It’s not that big of a deal—if you’re a woman at least. If you’re male, however, the absence of an auto in your dating profile can negatively impact your match chances by -19%, while having one increases it by 34%.

The study clarified, though, that it isn’t just having a car that matters. Again, you need to make sure you own an appealing badge, too.

“However, despite the potential benefit for men, there was also a higher risk involved, with profiles that featured less desired cars performing worse than ones that didn’t show a car at all,” Money.co.uk said on its website.

“In our study, we found that picking the wrong brand or model to showcase, could impact men’s chances at love by a staggering 77%, while women face a maximum faux-pax penalty of around 9%.”

A total of 70 car models and 30 brands across multiple countries were included in the study. You can check out the full findings on the Money.co.uk website. Would you buy a car just to increase your chances of finding love? Let us know in the comments. 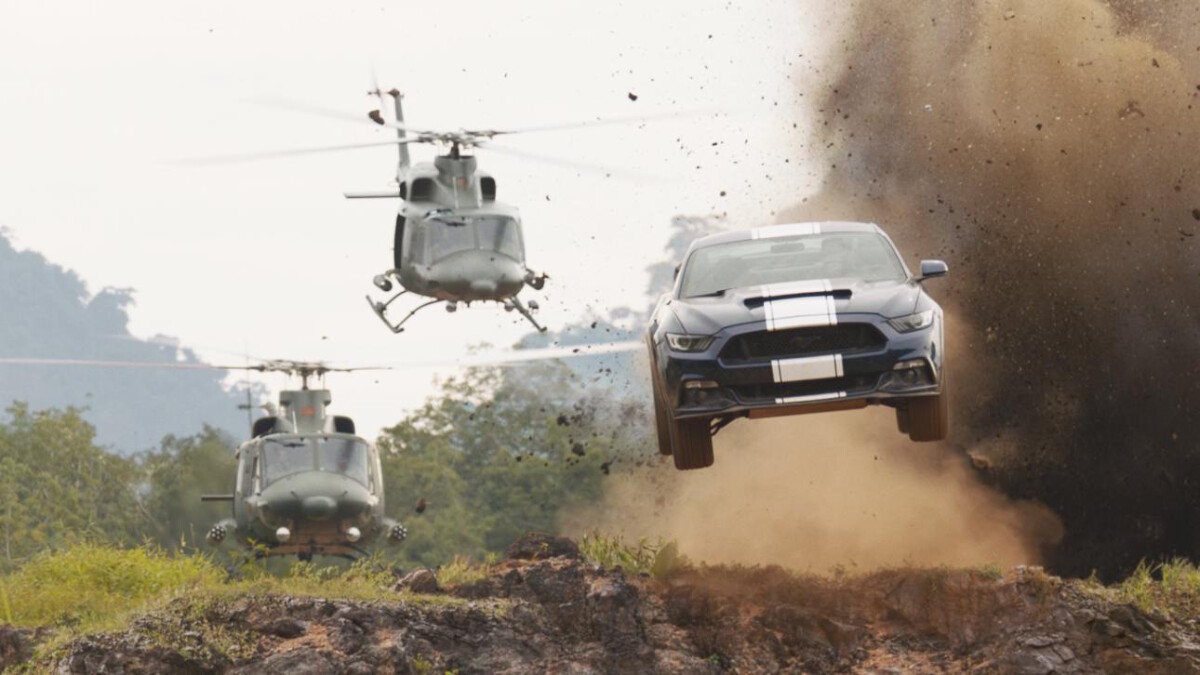 Everything you need to know about the stunt cars in ‘Fast and Furious 9’
View other articles about:
Recommended Videos
Read the Story →
This article originally appeared on Topgear.com. Minor edits have been made by the TopGear.com.ph editors.
Share:
Retake this Poll
Quiz Results
Share:
Take this Quiz Again
TGP Rating:
/20