The Batmobile: A short visual history of the Gotham Knight's automobile 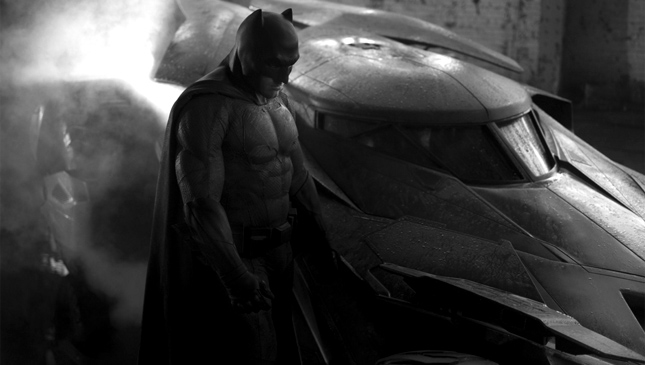 You could argue that the Batmobile is the most easily recognizable fictional vehicle in the world of entertainment. Over the years, it has taken on countless shapes and sizes--some of them iconic, others forgettable. The Gotham Knight's ride has been a staple of Batman lore since it first appeared in Detective Comics #27 way back in 1939. Back then, the Batmobile was a humble red convertible with a reinforced front end--a far cry from the "utility knife on wheels" we've come to know from films and TV. It was a few issues later when the automobile finally adopted a bat-shaped hood ornament. From there, it slowly evolved into the vehicle we'll see when Batman V Superman comes out in theaters tomorrow. 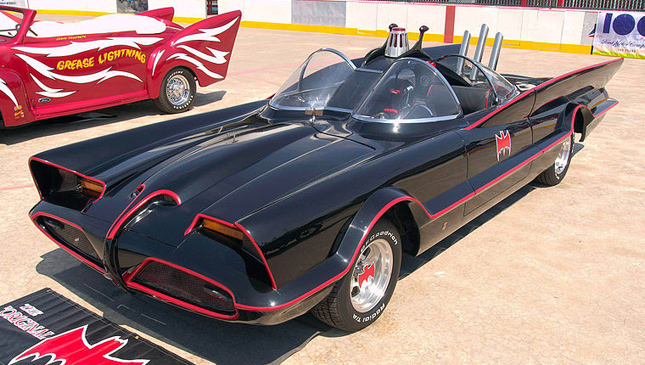 George Barris's Batmobile. Arguably the most iconic Batmobile to date, this vehicle appeared in the '60s TV series and was the brainchild of a Hollywood car customizer. Originally a 1955 Lincoln Futura concept car that had been left in Barris's shop, it took three weeks and cost $30,000 to modify. The car was a royal pain to maintain. It overheated and encountered battery issues, and its tires kept blowing. But hey, it looked cool and that was all that mattered. In January 2013, the car went for a staggering $4.2 million at an auction. 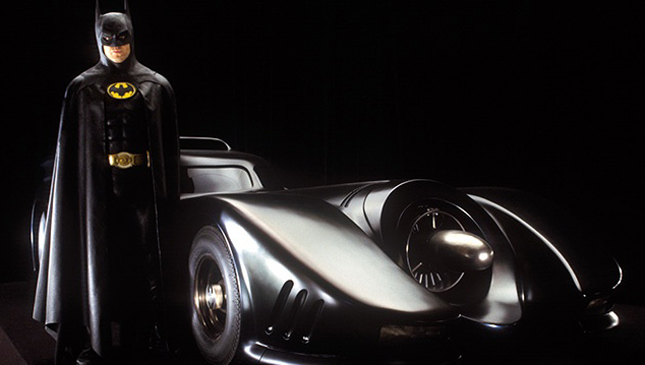 Tim Burton's Batmobile. The critically acclaimed director's 1989 movie version of the Caped Crusader's ride is considered by many to be the most visually appealing live-action Batmobile to hit the screen. Designed by Academy Award-winning production designer Anton Furst, it was elongated and sleek, featured a wide array of weapons, and was powered by a flame-spitting jet turbine. It was also built on a Chevrolet Impala chassis. It is now stored at the Petersen Automotive Museum in Los Angeles. 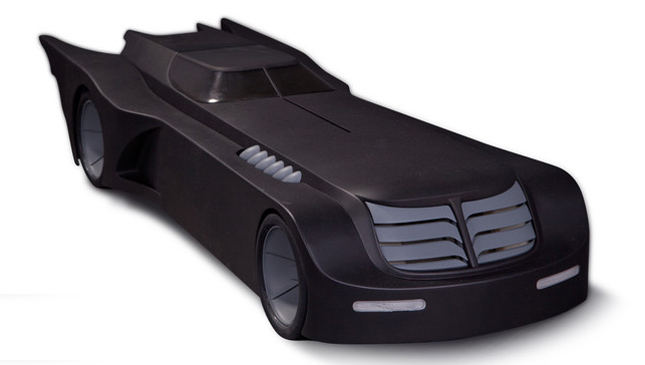 The animated-series Batmobile. While a ton of Batmobiles have made numerous appearances throughout the superhero's long-running animated history, the one featured in the Bruce Timm- and Eric Radomski-produced cartoon show from the '90s is probably the most memorable. It was long, boxy and muscular, and slightly resembled Tim Burton's design. Weapons-wise, it packed tear gas and smoke dispensers, ejectable seats, missiles and armor plating. 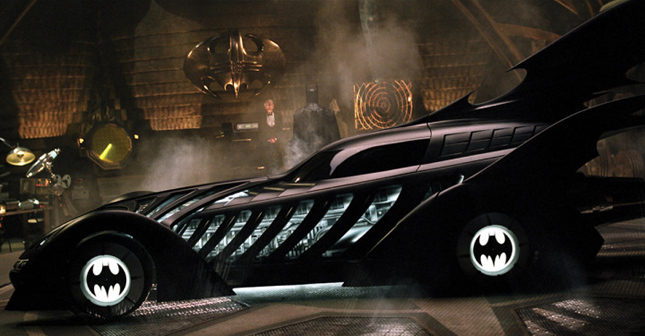 Joel Schumacher's Batmobile. Remember Batman Forever and Batman & Robin? The Batmobile in these films were overshadowed by director Schumacher's "bat-nipples" controversy, but it had a much more organic look than its predecessor. Its design was reminiscent of a human skeleton, with an outer shell that looked like ribs and insides that glowed blue. Performance-wise, it had the capability to direct all its wheels in a perpendicular direction for quick sideways movement. It could also climb vertical surfaces with ease. The one built for Schumacer's second outing with the franchise took cues from its predecessor, but was equipped with outrageously large fins. 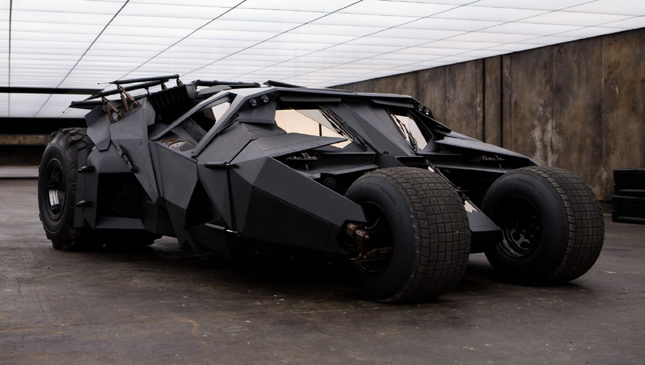 Christopher Nolan's Batmobile. The most rugged (and most badass) Batmobile ever created was ridiculously overpowered. Called the Tumbler, the car was described by the film's design team as a cross between a Lamborghini and a tank. It could break through walls, was equipped with near-impenetrable armor and a ton of weapons, and packed an ejectable motorcycle called the Batpod. A total of six units were built for the first film in Nolan's trilogy alone. 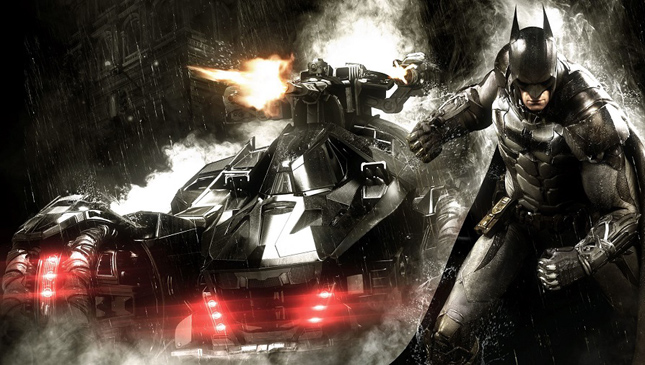 Arkham Knight Batmobile. This design in the 2015 video game was heavily influenced by the Dark Knight trilogy's Tumbler. If you've played the game, you'll know that this model is nearly indestructible, can be controlled remotely, and is capable of launching its occupant hundreds of feet into the air. One of the highlights of this concept is its ability to transform into different stances, depending on what the situation at hand calls for. 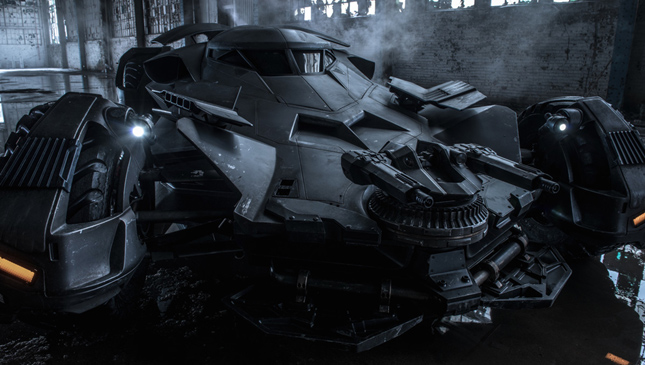 Zack Snyder's Batmobile. Okay, you may have heard that Batman V Superman sucks big time, according to American movie reviewers. Doesn't matter--we'll all still watch it. And we all still look forward to seeing the latest Batmobile. The latest iteration of Batman's car was described by Warner Bros. as a combination of the sleek, edgy classic Batmobiles, and Christopher Nolan's utility-oriented creation. So far, all we know is that it is armed with dual guns sitting up front, and it looks really, really cool. We're excited to see more of it in the movie. 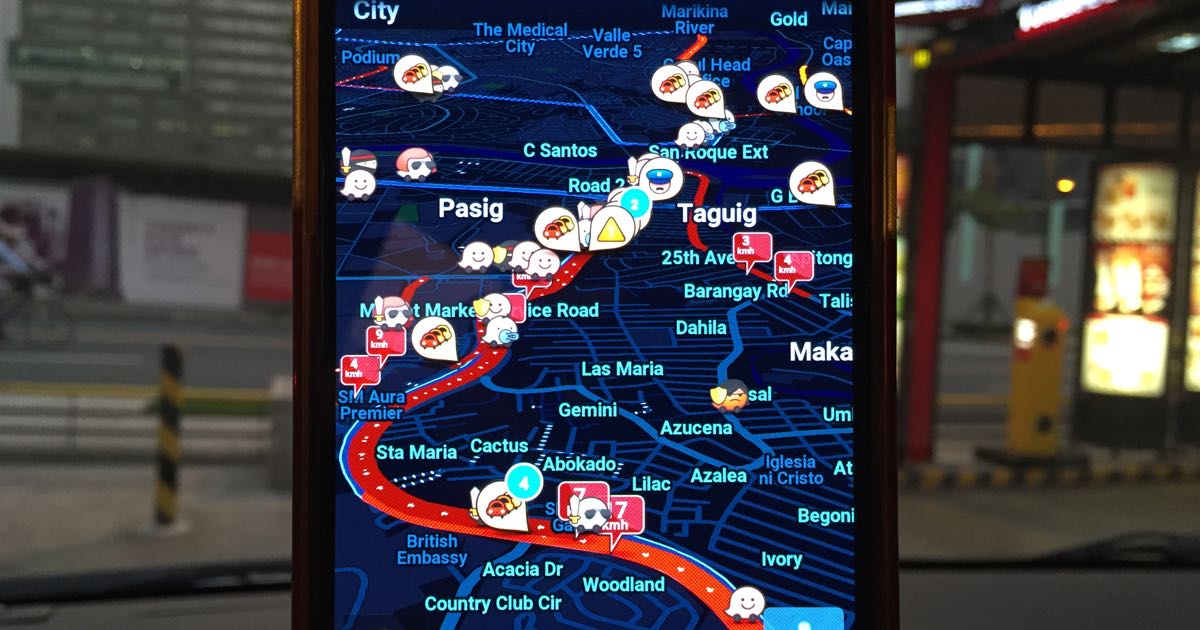 Top 14 sources of suffering for the Filipino motorist
View other articles about:
Read the Story →
This article originally appeared on Topgear.com. Minor edits have been made by the TopGear.com.ph editors.
Share:
Retake this Poll
Quiz Results
Share:
Take this Quiz Again
TGP Rating:
/20