The Bureau of Customs and its mysterious \'processing fee\'

By all accounts and indications, the Bureau of Customs is one of the most corrupt branches of government. In fact, if you ask the President, he\'ll have this to say about the notorious agency (as lifted from his 2013 State of the Nation Address):

Just how exactly do unscrupulous BOC employees cheat the nation out of the people\'s money?

Well, we now know of at least one way that they do it.

Last week, a distributor of a popular aftermarket brand came to our office and narrated to us in detail his recent encounter with the Customs. He requested that his identity and that of his brand not be revealed as he feared retaliation from the bureau.

According to the businessman, he recently brought in high-end products for two clients, one of whom will use the items for racing and the other for personal purposes. He was quoted an import duty rate of 20%, which, according to him, is the rate levied upon products that have locally manufactured counterparts here, so as to protect the local manufacturers. A commendable rule, right?

But the importer argued that the items he was bringing in didn\'t really have local equivalents since the locally manufactured products that fall under their category are OE (original equipment). His products, he reasoned, were aftermarket ones and were not designed to compete with stock parts. Hence, he was asking that the import duties be lowered to 10%, the going rate in this category for imported stuff that do not have local counterparts.

The BOC assessor refused and said he was merely following the rules. Okay, fair enough. It is what it is. But then the BOC employee brought up a special \"processing fee.\" He told the businessman that if a processing fee of P10,000 was paid, the import duties could indeed be lowered to 10%. But there was a catch: No documentation or receipt would be issued for the payment of this fee.

The importer--the ethical businessman that he is (at least according to his claims)--declined the offer and just paid the 20% rate, which amounted to almost P100,000 for all the items. Imagine the \"savings\" he would have made had he agreed to the mysterious, undocumented processing fee.

This is why nailing these sons of bitches will be very difficult. There is no paper trail to indict them in court. It will always be your word against theirs. And as we now see in the ongoing pork barrel scandal, whistleblowers just end up getting laughed at...and probably even killed. 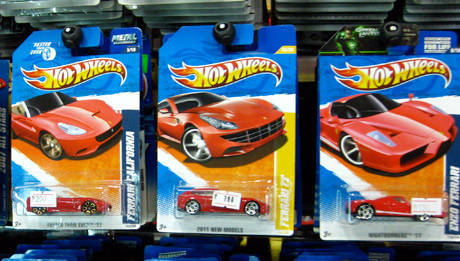 Big Ram\'s Hobby: Toy store for both big and small boys
View other articles about:
Recommended Videos
Read the Story →
This article originally appeared on Topgear.com. Minor edits have been made by the TopGear.com.ph editors.
Share:
Retake this Poll
Quiz Results
Share:
Take this Quiz Again
TGP Rating:
/20