We drive it to Tagaytay and back
by Stephanie Maureen Asi-de Castro | May 15, 2014
CAR MODELS IN THIS ARTICLE 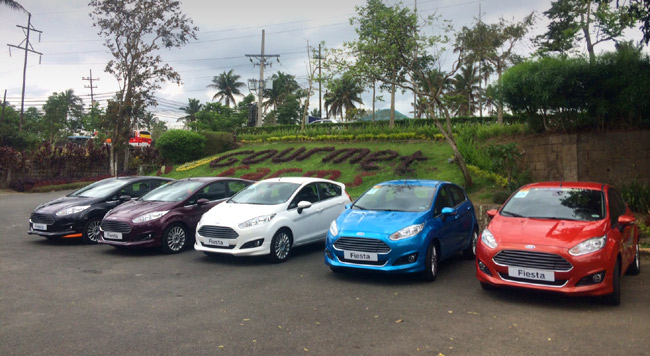 A quick drive from Manila to Tagaytay can let you know more about a car in just a few hours. You get to determine figures for highway driving, tackle road ascents, and even feel how the car fares in the metro when you get back to the city.

We had an opportunity to do just that during Ford Philippines' "Green Drive" event with the Ford Fiesta EcoBoost. We had done reviews on this subcompact and even driven it in Thailand, but personally I had never been behind the wheel of this variant until then.

I used to drive a first-generation Fiesta to work, so I was very interested to see how the upgraded Fiesta--particularly the EcoBoost version--behaved on the road. But first, a fuel economy run was in order.

On the way to Gourmet Farms in Silang, Cavite, Ford initiated an eco challenge. I would love to say that we won, but it was actually the opposite. Out of five teams, the tandem of yours truly and Carla Perlas of The Asian Parent scored the worst. I tried to practice some eco-driving habits like refraining from heavy braking and sudden acceleration, but apparently I didn't have a light foot. Interestingly, despite our dismal performance, we still achieved quite an impressive fuel-efficiency figure.

Our Phantom Purple test unit consumed 2.61L of fuel over 67km, resulting in 25.67km/L fuel efficiency. In case you're curious, the winning team achieved 39.30km/L. Obviously, we were going to lose no matter what.

Perhaps the winners utilized the EcoBoost's EcoMode feature better than we did. This nifty feature provides the driver information about his/her driving behavior. The scores are represented by a five-leaf icon, which indicates how fuel-efficient your driving is. The highest possible score is five leaves.

Such feature has been around in other cars like the Volvo V40 and the Honda Accord, and it's good to know that the Fiesta now has it, too.

As we traveled back to the city, it was time to stretch the EcoBoost Fiesta's legs. I couldn't believe that such a compact engine could weave through traffic and overtake with such ease. The award-winning engine has enough power to rival larger mills; we had no problems keeping up with our fast convoy as we headed back to Manila.

Still, what blows my mind is the engine's size. Imagine an A4-size sheet of paper. That's how big--or small--the1.0-liter EcoBoost cylinder block is.

A bit of trivia from Ford Philippines' Joseph Ayllon: One Ford Motor Company employee by the name of Craig Daitch loaded the cylinder block into his luggage. After passing through airport security, he checked it onto his flight. How cool is that?

My time with this feisty Fiesta may have been quick, but it was just enough to whet my appetite for a longer test drive--and perhaps a better fuel-economy score. 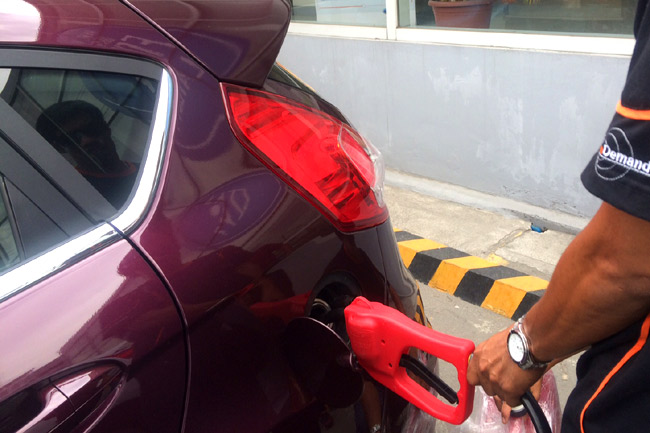 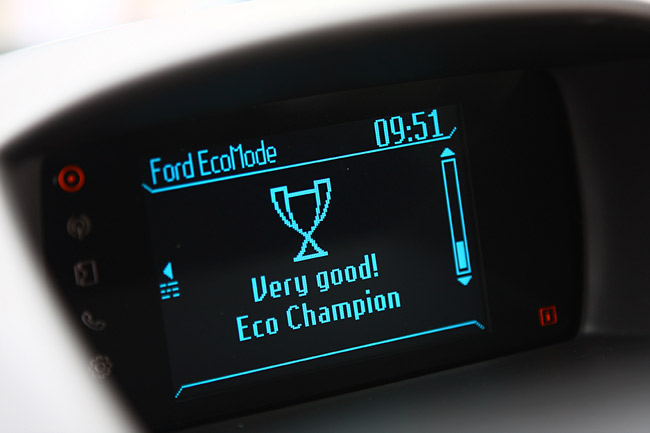 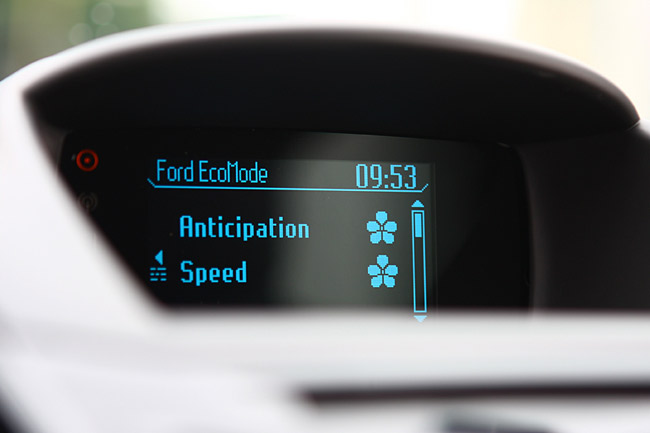