This is the Mitsubishi Galant you want

It paved the way for Mitsubishi’s dominance in the WRC
by Paulo Rafael Subido | Jan 4, 2019

Mitsubishi Motors Philippines(MMPC) always has a special treat that it saves for the anticipated Philippine international Motor show. As of late, the company has been shipping in historic rally cars from its heritage museum in Japan. These retired competition vehicles continue to bring excitement to the show. If you were lucky enough to see these cars in action on rare broadcasts of the World Rally Championship, or on the highlight reels of the Gillette World  TV show, then you would understand the fascination.

Needless to say, the 1992 Mitsubishi Galant VR-4 on this spread is a priceless piece of machinery. It is the actual unit driven by Japanese rally ace Kenjiro Shinozuka to victory during that year’s Ivory Coast Rally. In fact, you can still see some dirt collected inside the wheel wells. Pretty neat, right? 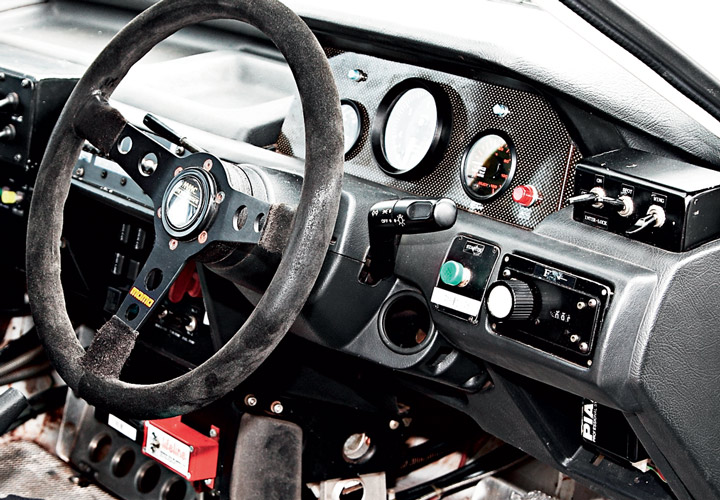 Nobody can modify a car for rallying better than the works rally team of the factory. While this car was parked at MMPC’s headquarters, it even received a visit from a well-known local racer who wanted to duplicate its suspension modifications on his own VR-4 race car. To be able to handle the abuse of rallying, the suspension components got an upgrade in the form of high-tensile and strengthening through strategic welding. These mods shaved 40kg from the car’s total weight, and it brought about a change in handling prowess that put the VR-4 on almost equal footing with the Lancia Delta integrale—the model that lorded over the WRC in that era. Everything, including the smallest nuts and bolts, was lightened as well.

Of course, the car is complete with all the modifications expected on a rally car of this caliber. Safety equipment like the roll cage, the fuel cell, and the fire-suppression system required. Although currently not installed, we are sure that a Halda Rally Computer took the place of honor in front of the seat. 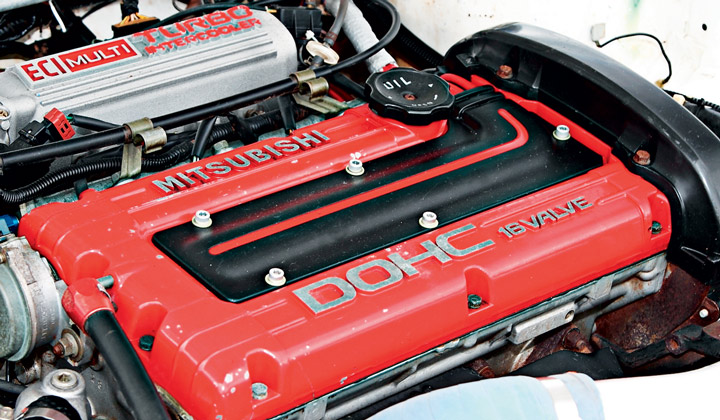 When it comes to power, the engine was left relatively stock in keeping with the regulations of the class that this Mitsubishi competed in. However, based on the engine and exhaust note, it’s obvious that more aggressive intake and exhaust camshafts were also fitted on the aluminum DOHC head of the turbocharged 2.0-liter 4G63 engine. The bottom line, though, is that this VR-4 is very similar to what rolled off the factory floor. A modern rally car will have almost nothing in common with its production counterpart, save for the silhouette of the body. This just proves how tough these older cars were, and how the driving experience of the road-going model would not have been too distant from what was offered by the cars you saw on TV.

The all-wheel-drive Galant VR-4 paved the way for the smaller and lighter Lancer Evolution that used the same 4G63 powerplant. There can be no doubt that this Galant laid a solid foundation for Mitsubishi’s domination in the rally world in the ’90s. 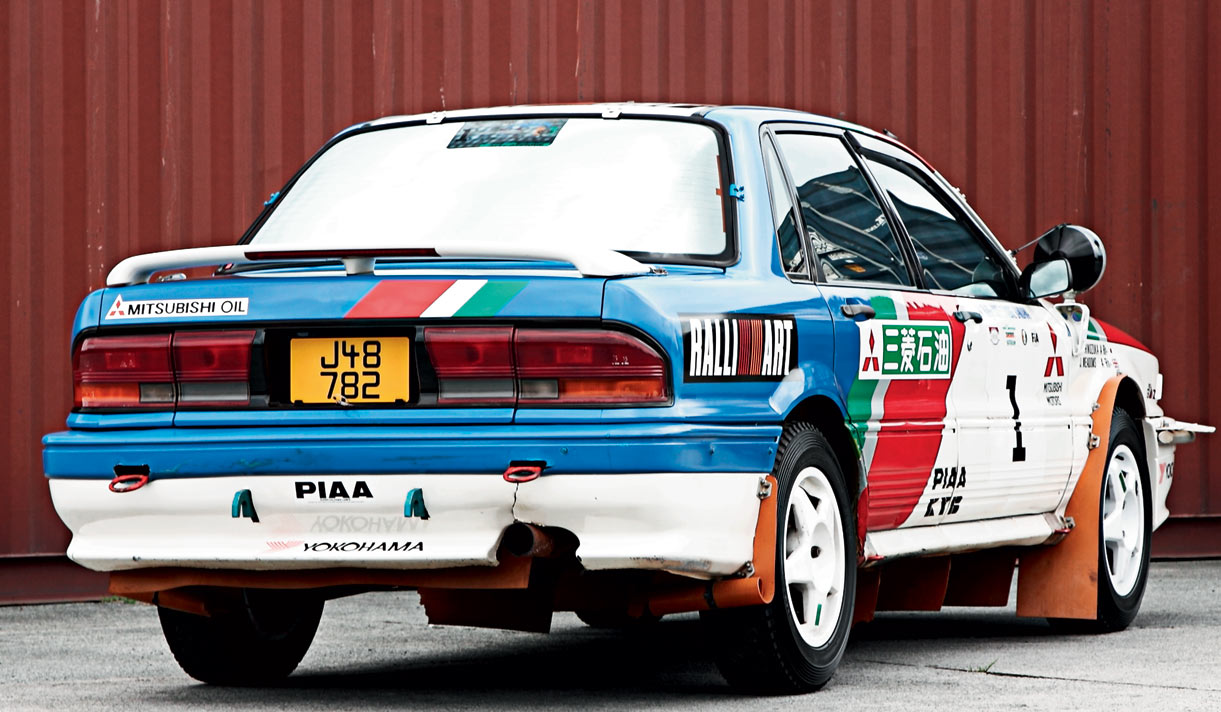 NOTE: This story first in Top Gear PH’s October 2012 issue. Minor edits have been made. 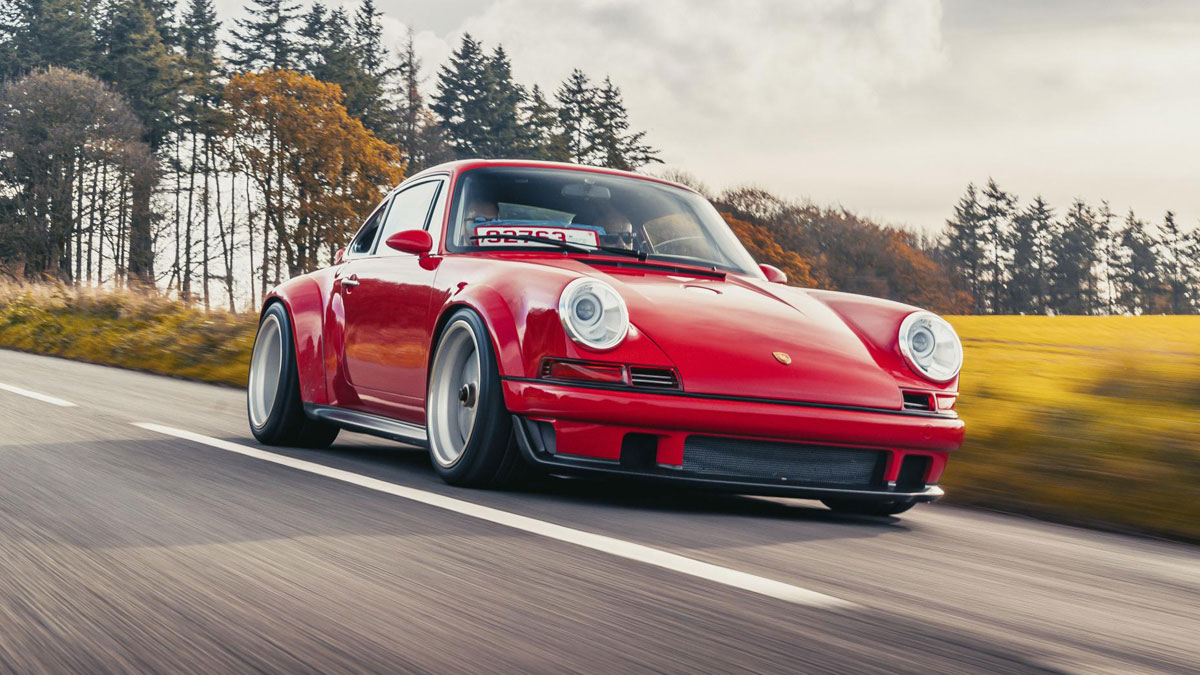 The Singer DLS is Top Gear’s most desirable car of 2018
View other articles about:
Read the Story →
This article originally appeared on Topgear.com. Minor edits have been made by the TopGear.com.ph editors.
Share:
Retake this Poll
Quiz Results
Share:
Take this Quiz Again
TGP Rating:
/20