This Toyota Starlet is utterly stunning
by Enrico Miguel Subido | Jul 15, 2016
CAR BRANDS IN THIS ARTICLE 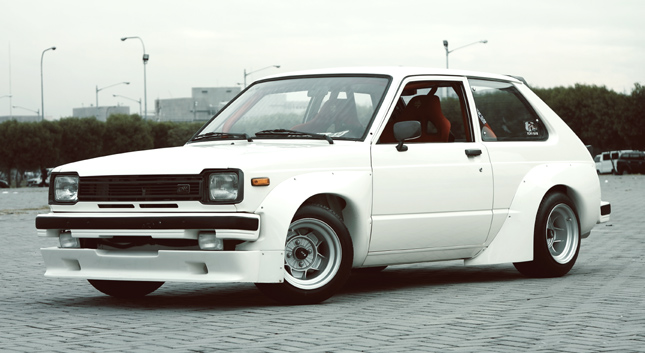 The Toyota Starlet is not just an iconic car. It has reached legendary status in most Japa­nese old-school circles. Known then as a budget ride that had almost limitless setup capabilities, it was a car loved by both casual drivers and racers. All swore by the type of Japanese engineering and automobile manufacturing that went into the Starlet. Even here in the Philippines, the model is still a go-to car for those who are looking for an easy way to get into racing.

It will take some time before the Starlet is classified as a classic, but it surely will be, even if it was a very mass-produced car that lived out its model life from 1973 to 1999. Nowa­days, however, some older models of the car are somewhat of a collector’s item. These include the first-generation version from the early '70s, and the one that you see here.

This beautiful 1981 model, owned by Rodel Hilario, was bought in 1990 from a friend in San Francisco, California. A secondhand car, it was disassembled and shipped home piece by piece when Rodel decided to move back to the Philippines. This car is far from a stock Starlet, but all of its modifications are choice pieces that are extremely hard to come by. As you can see, it has all of the exterior modifications that are fit for the track, including the TRD bodykit. But the go-fast TRD bits can also be found under the hood.

Rodel admits having a soft spot for Japanese steel, particularly Toyotas. The past residents of his garage include a 1981 Corolla Liftback, a 1973 Sprinter, and a 1976 Corolla SR5. After thoroughly enjoying himself with these cars, Rodel heard the buzz the Starlet was creating in San Francisco's racing circles. It was enough to get him to buy one for himself.

His car has actually seen some track time, and has been a winner in car competitions. A member of the Northern California Sports Car Club of America, Rodel has entered his Starlet in road races and slaloms. His vehicle also consistently bags awards in the street-prepared division of numerous car shows. In 2010, it won second place in the "Best Modi­fied Car" category at the Manila International Auto Show. A week after that, Rodel was invited to an auto show at the University of Perpetual Help in Las Piñas, and his car won "Best Race Car of the Day" and "Best Engine Roar."

According to Rodel, his love for the Starlet isn’t attributed to a single quality. He sees the car as an entire package, a complete ride that can’t be liked only for one thing. From the styling to more technical things like the way it handles, this model--in his opinion--shines in all categories. 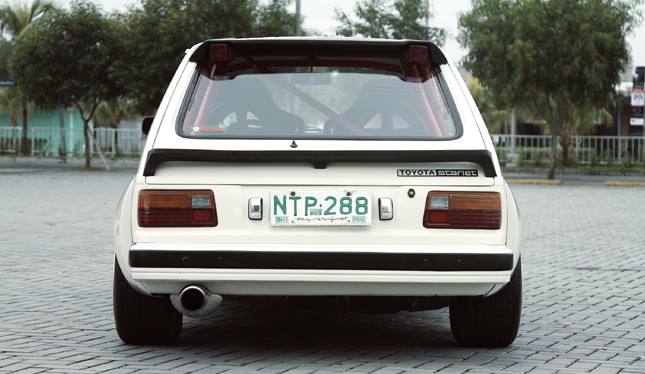 It wasn’t easy to put the package all to­gether, though. Rodel shares some of his ups and downs with completing his Starlet, with stories of how parts were promised but never came, and an anxiety that can only be under­stood by fellow old-schoolers. He really went the extra mile sourcing his parts, from both the US and within the country. Admittedly, Rodel says that it did take a lot of time, effort and money to put his car together.

Like anyone who undertakes a project such as this, Rodel was the greatest beneficia­ry. From the experience of assembling his car, he gained greater insights into patience, humil­ity and making the right choices. Putting together an old car does have a lot of benefits, some of which are not initially obvious. In the end, the result is well worth the effort. Such a project deserves much dedication, and that’s something anyone can be proud of.

When asked what his advice to others who might want to start their own old-school car project, Rodel has this to say: "Be wise with your decision while you are in the process of selecting your choice of the make and model, and learn to be focused! Nothing can compare to the satisfaction of owning an old-school ride."

Looking for a Starlet of your own? Better start hunting for one now. 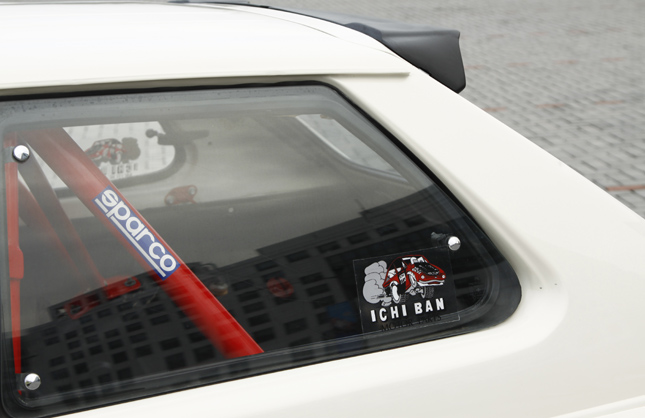 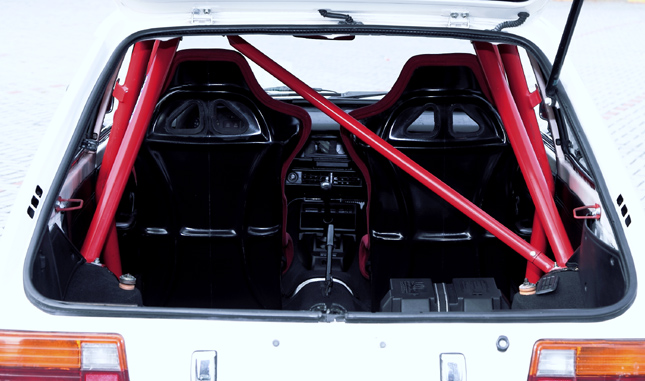 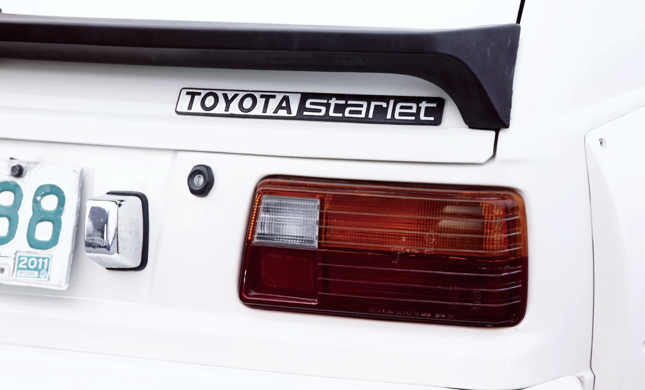 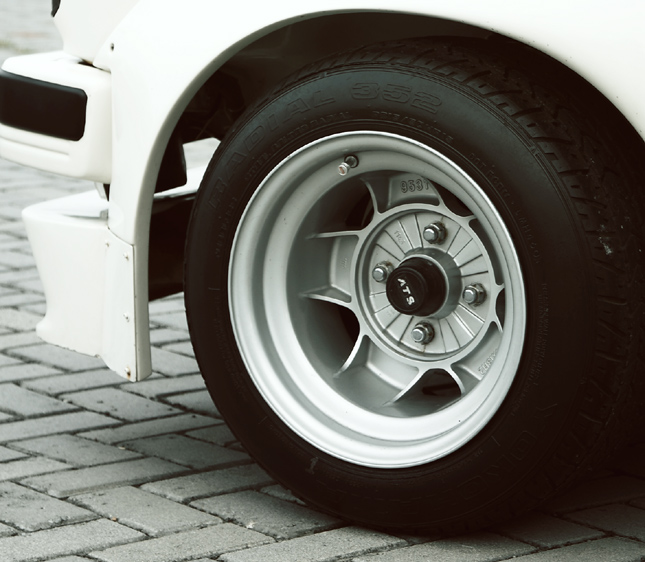 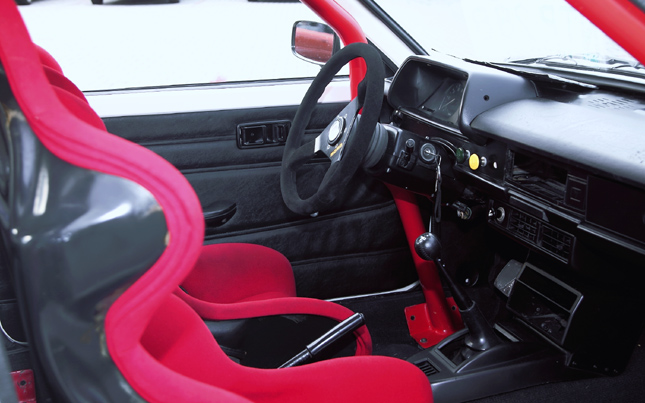 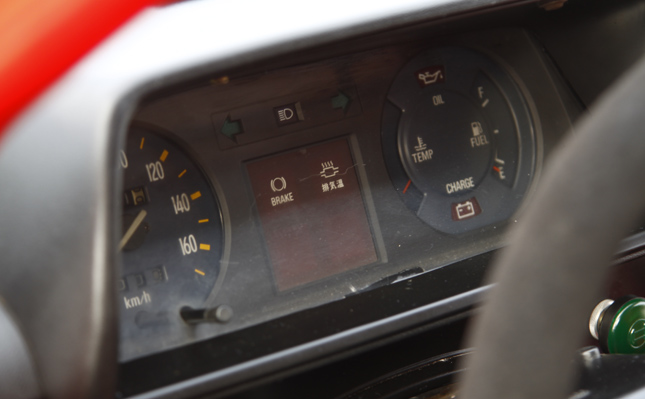 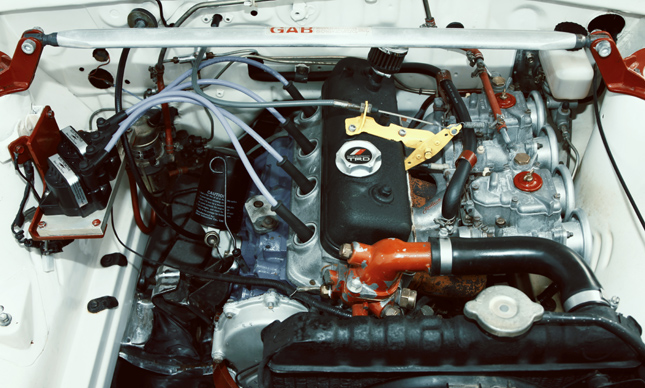 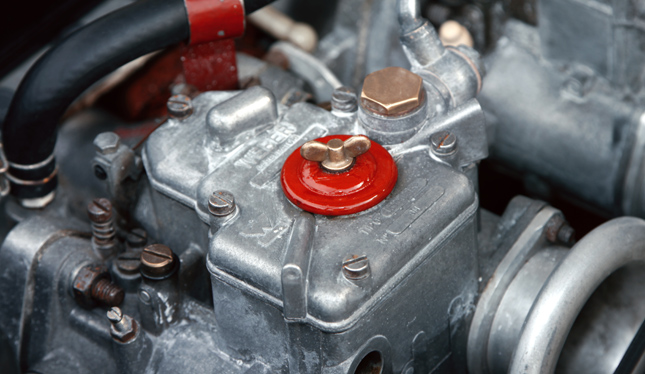 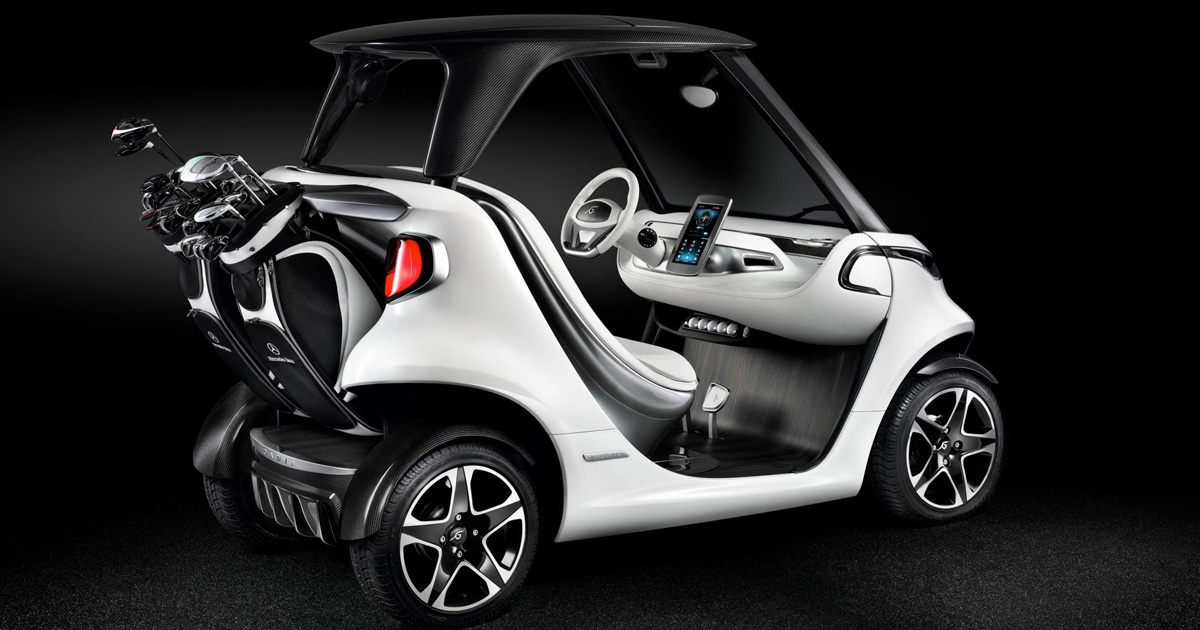 You can now bring a Chedeng to the golf course
View other articles about:
Read the Story →
This article originally appeared on Topgear.com. Minor edits have been made by the TopGear.com.ph editors.
Share:
Retake this Poll
Quiz Results
Share:
Take this Quiz Again
TGP Rating:
/20