Watch: Touching Heineken ad reminds us not to drink and drive

It goes without saying: if you're going to drink, don't get behind the wheel. It's as simple as that.

Dutch brewing company Heineken has recently come up with a creative and touching commercial to remind us of this important message. The ad features three-time Formula 1 champion Sir Jackie Stewart, in a short montage that sees him during his illustrious career up to the present day. Throughout the ad, the racing legend shows that you can enjoy yourself to the fullest while still making the right choice.

As Sir Jackie shows, your safety behind the wheel can be determined by how often you can say "No, thank you."

Heineken has recently signed on to be a major sponsor of Formula 1 for the 2017 season and onwards as the racing league's exclusive global beer partner. This commercial is one part of the beer maker's "When You Drive, Never Drink" campaign, which it plans to integrate into Formula 1 through further marketing initiatives. It's a message that is definitely worth spreading, and making it a part of Formula 1 is a good way to get gearheads to take notice.

In the Philippines, Heineken has entered into a partnership with Asia Brewery. The iconic green bottle was launched at a recent event in Pasay City. This means that Heineken will now be brewed and sold locally. Hopefully, this will also mean that the company will spread the "When You Drive, Never Drink" message throughout the Philippines as well. 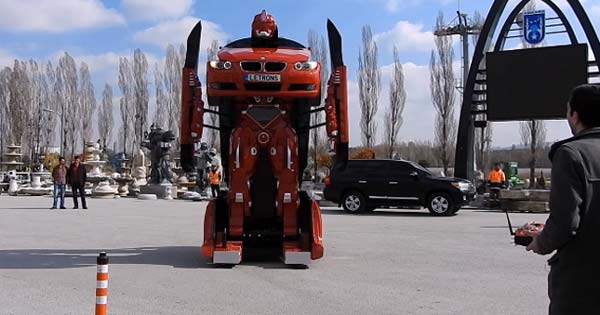 The best of YouTube: So Transforming cars are now a real thing
View other articles about:
Read the Story →
This article originally appeared on Topgear.com. Minor edits have been made by the TopGear.com.ph editors.
Share:
Retake this Poll
Quiz Results
Share:
Take this Quiz Again
TGP Rating:
/20