How does the Toyota GR Yaris live up to the Celica GT-Four?

A tale of two homologation specials
by Ollie Marriage | May 15, 2021
CAR BRANDS IN THIS ARTICLE

One more so than the other, given the current state of play. That Toyota developed the GR Yaris as a platform for a better rally car isn’t in doubt, but as yet it hasn’t competed. Fingers crossed for 2022.

The Celica GT-Four WRC you see here formed the basis for Toyota’s frontline rally car in 1995, with Didier Auriol taking it to victory on the Tour de Corse. That, however, for reasons we will come on to discuss, would be its only World Rally Championship win.

How closely related are the road and rally cars? 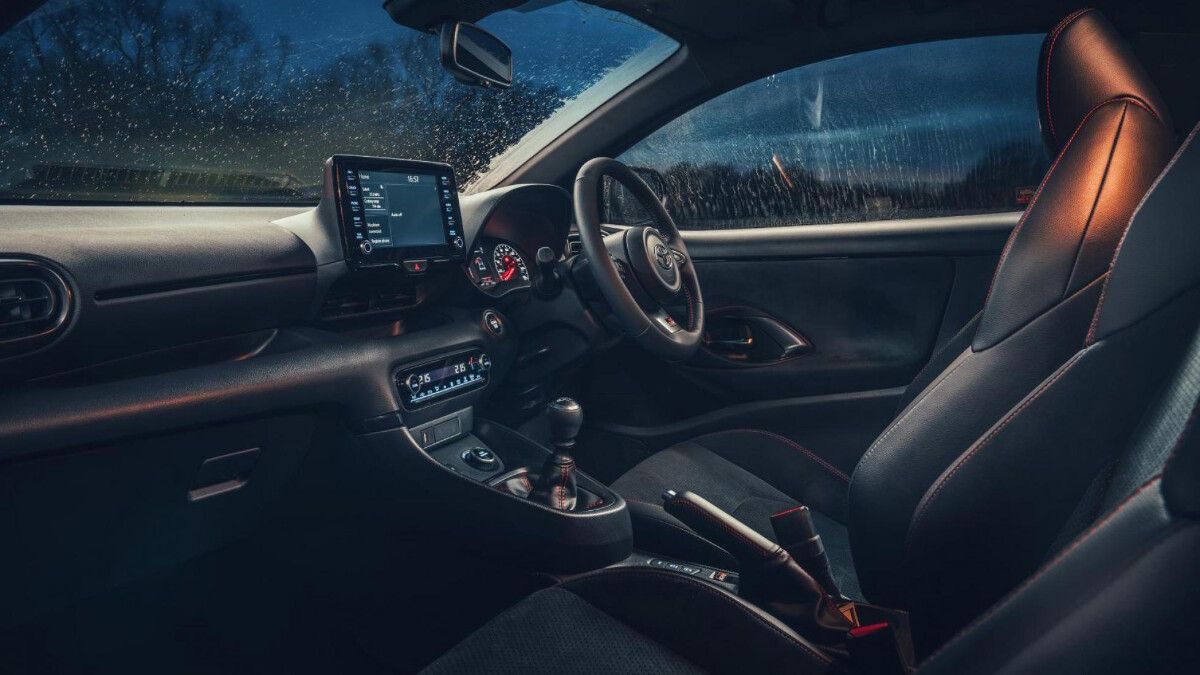 They used to be closer than they are now. The current WRC regulations are a silhouette formula. It’s got to look like a car you’ve built at least 25,000 of, but apart from engine size, the mechanics don’t have to match. The main reason for developing the GR Yaris was to give it a three-door shape and a lower roofline to improve aero and downforce—nothing to do with the engine or four-wheel-drive system at all. That exotic little turbocharged 1.6-liter triple is likely for the road car only.

Back in the Celica’s day, it was different: 2,500 cars had to be built and they were the basis for the rally car. So, this car had the necessary plumbing to run an anti-lag system, a water spray for the intercooler to condense inlet air and reduce temperatures, a high-lift rear spoiler, and a number of other little tricks and tweaks. Under the Group A regulations (that replaced the infamous Group B era), the rally car could go further. But not as far as Toyota pushed it. 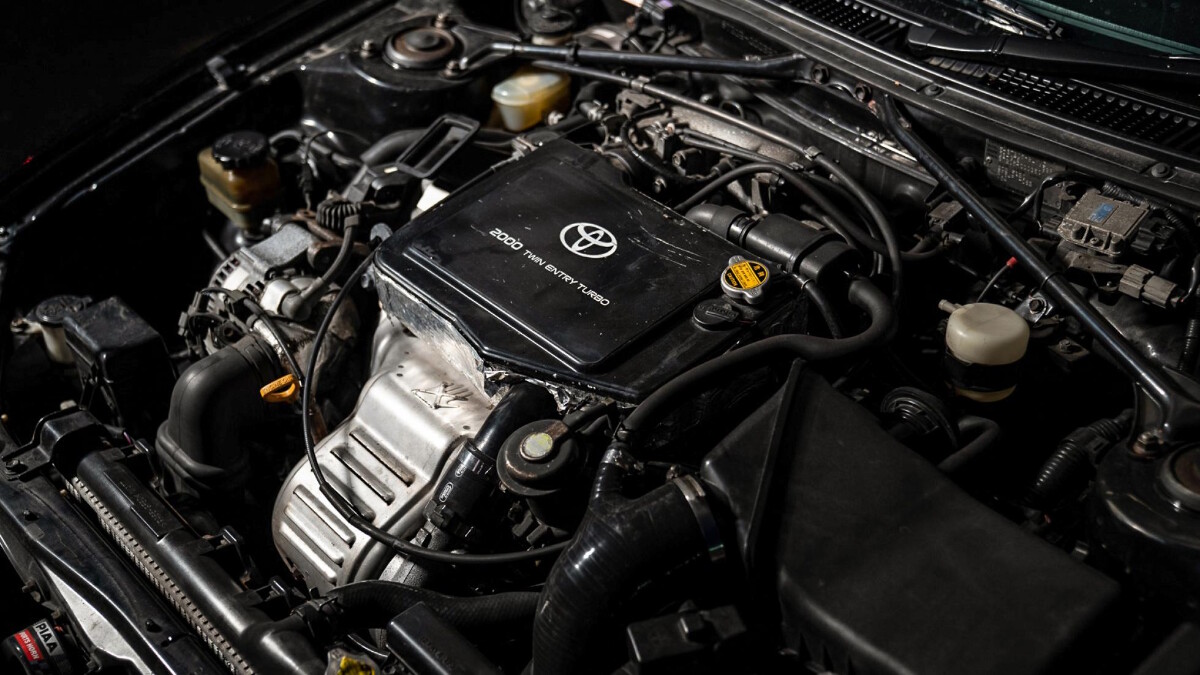 They cheated. The cars ran turbo inlet restrictors so they all developed around 300hp, but in the Celica, when the restrictor plate was tightened up, it caused an extra hidden channel to flex open 0.5cm, allowing extra air into the engine. An extra 50hp was the guess.

It was spotted by scrutineers at the penultimate round of the 1995 championship, and although Toyota protested, it was banned from competing the following year, the only upside a grudging admiration from the FIA’s president, Max Mosley, who termed it “the most sophisticated device I’ve ever seen in 30 years of motorsports.”

So, this GT-Four occupies a slightly ignominious place in the Toyota pantheon. When they returned to rallying in 1997, it was with a Corolla hatchback, and the era of the homologation special was over.

Until the arrival of the GR Yaris... 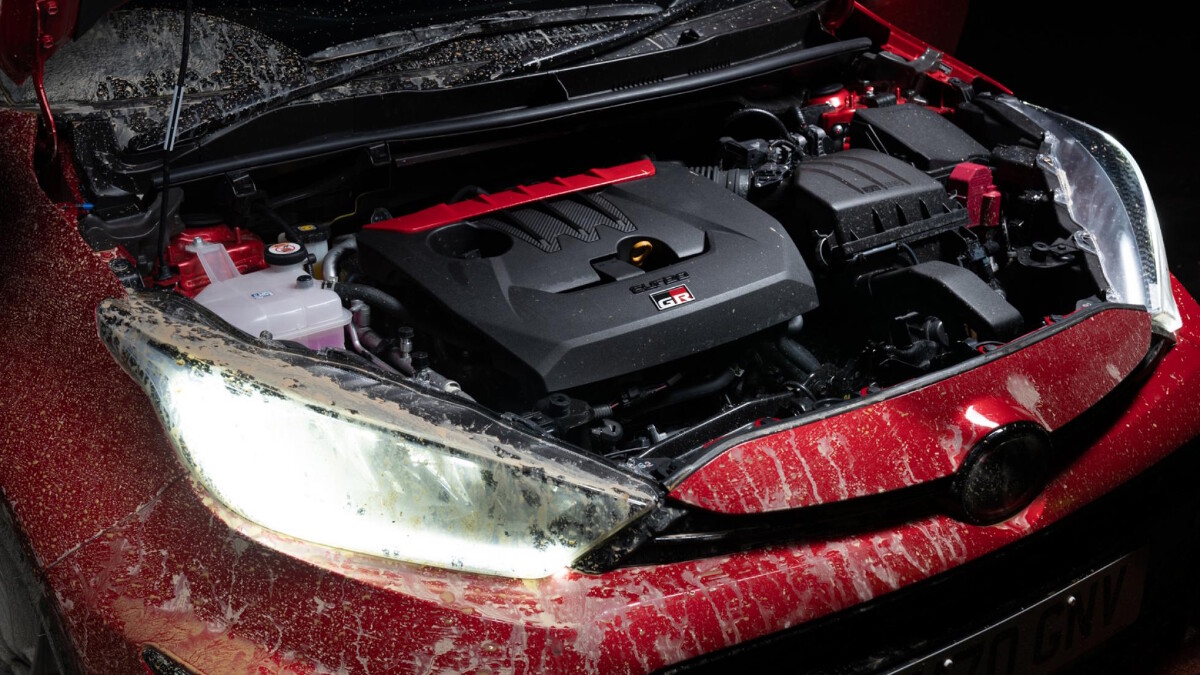 The rally car will still be a very different, much-modified beast compared with the road car. Toyota’s triumph is in convincing us that this road-going Yaris acts and behaves exactly like a WRC frontrunner. It drives like you hope and expect a rally car to drive: Zero turbo lag, punchy, eager engine, terrific grip, and cornering poise, the kind of car you just want to hurl down country lanes, blasting through muck and muddy puddles, a pugnacious, boisterous tearaway. It makes all other sports cars feel way too precious.

It also shows how far technology has come. By the standards of the time, the Celica’s engine was commendably lag-free compared with rivals such as the Mitsubishi Lancer and the Subaru Impreza. Partnering that, it has lovely, responsive, and accurate steering, with good, crisp turn-in and cornering bite. It may soon have been overshadowed by the legendary Evos and STIs, but this admittedly less extreme road car remains a rapid, engaging thing to pilot.

Is it faster than the Yaris? 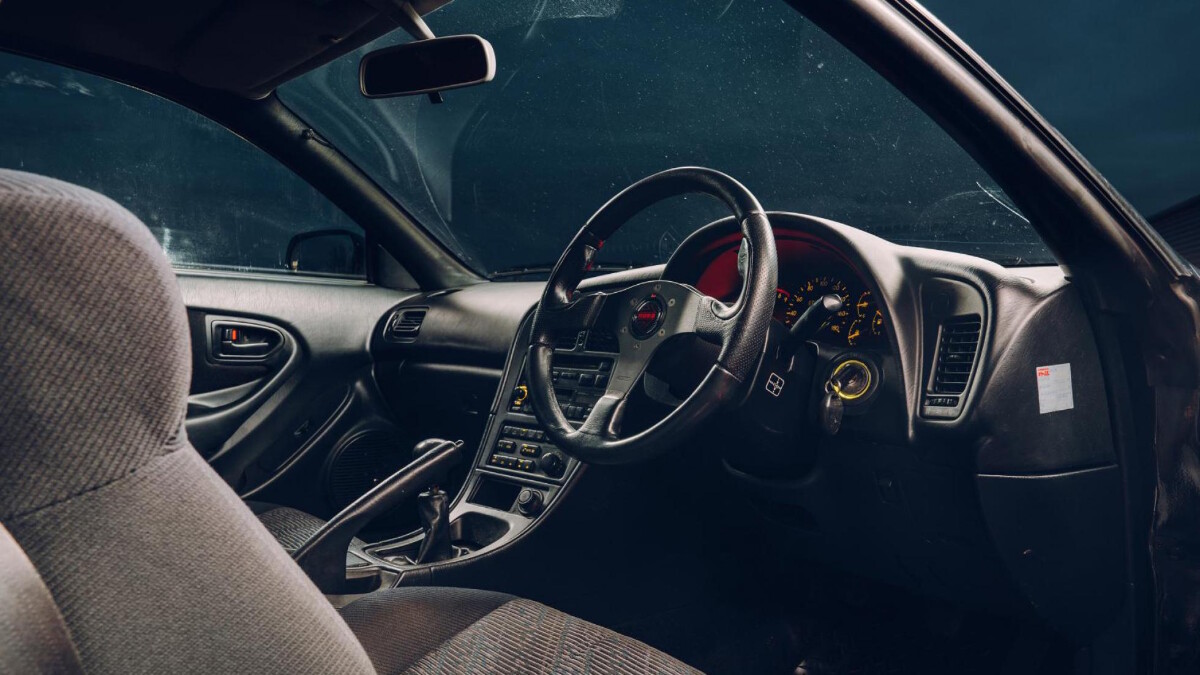 Still, it’s worth pointing out that the 2,100 Celicas that were sold in Japan actually developed 252hp—the other 400 were detuned for export, although all cars had the aluminum hood, Super-Strut suspension, and revised CT20 turbo.

Yaris or Celica. Which is Toyota’s most successful rally car? 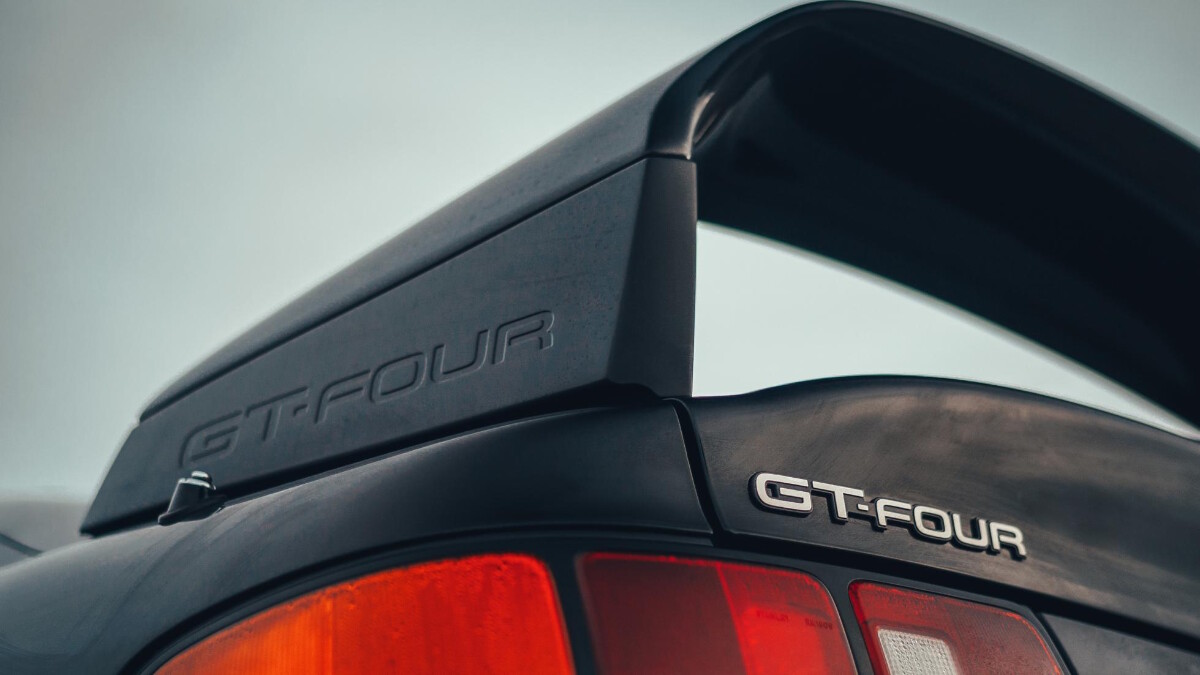 Neither. Well, not in the forms you see here. The previous-gen Yaris already competes in the WRC, winning the manufacturer title in 2018, and the driver’s championship in 2019 and 2020. This Celica, the ST205 generation, won just that single round.

However, its predecessors, the ST185 and the ST165, were title-winning machines. The ST165 won 13 rallies and took Carlos Sainz to the championship in 1990, while its replacement won 16 rallies and three titles on the bounce from 1992 to 1994 for Sainz, Juha Kankkunen, and Didier Auriol. That’s some legacy for the GR Yaris to live up to. 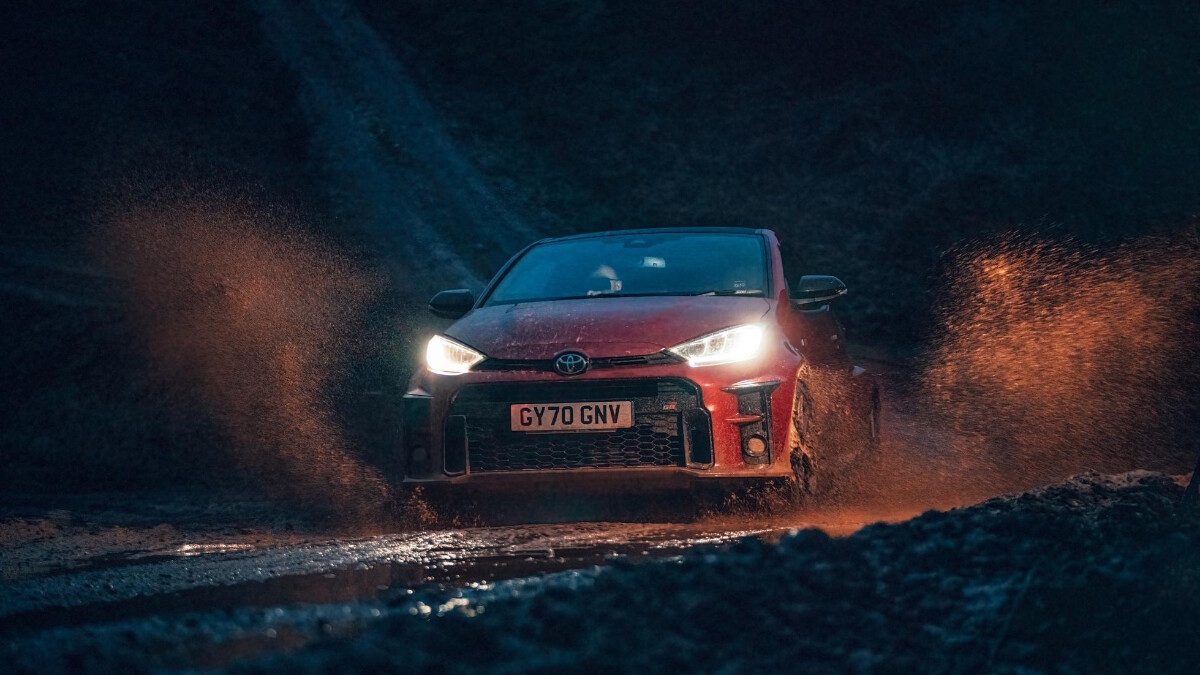 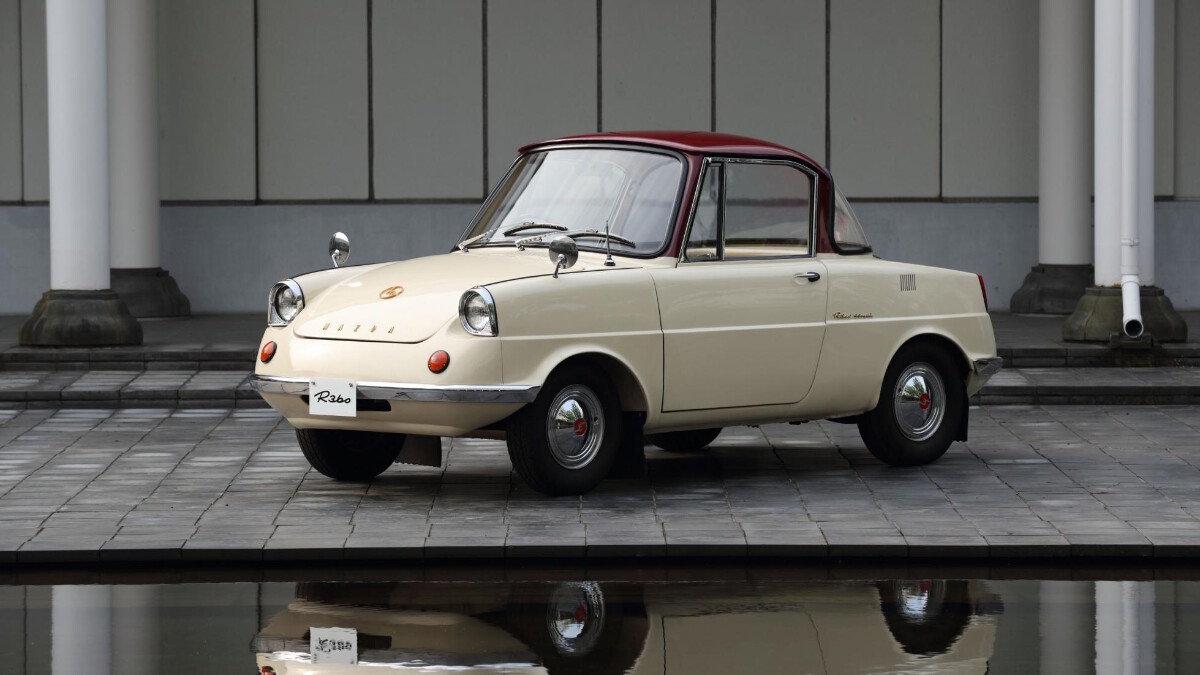 Everything you need to know about Mazda in one handy guide
View other articles about:
Read the Story →
This article originally appeared on Topgear.com. Minor edits have been made by the TopGear.com.ph editors.
Share:
Retake this Poll
Quiz Results
Share:
Take this Quiz Again
TGP Rating:
/20