The Toyota Raize has been reimagined as a pickup, and it looks pretty good

If Toyota were to build this, it should fit a bigger engine under that hood
by Leandre Grecia | Jul 18, 2022
CAR BRANDS IN THIS ARTICLE

Converting a full-size SUV into a pickup—like what these guys did with the Toyota Land Cruiser LC300—is understandable. While it’s not exactly common, a large SUV has the engine and the chassis to work as a truck. Turning a measly subcompact crossover into a workhorse with a bed, however, is an entirely different story.

That’s exactly what you see here: a Toyota Raize Pickup. Never thought you’d say those words together, didn’t you? This isn’t a real car, though (at least not yet), as it’s still merely a render from  Brazil-based artist Kleber Silva (KDesign AG on Behance).

OTHER TOYOTA STORIES YOU MIGHT HAVE MISSED:
The 2023 Toyota Lite Ace has been launched in PH
Toyota has officially unveiled the all-new Crown crossover 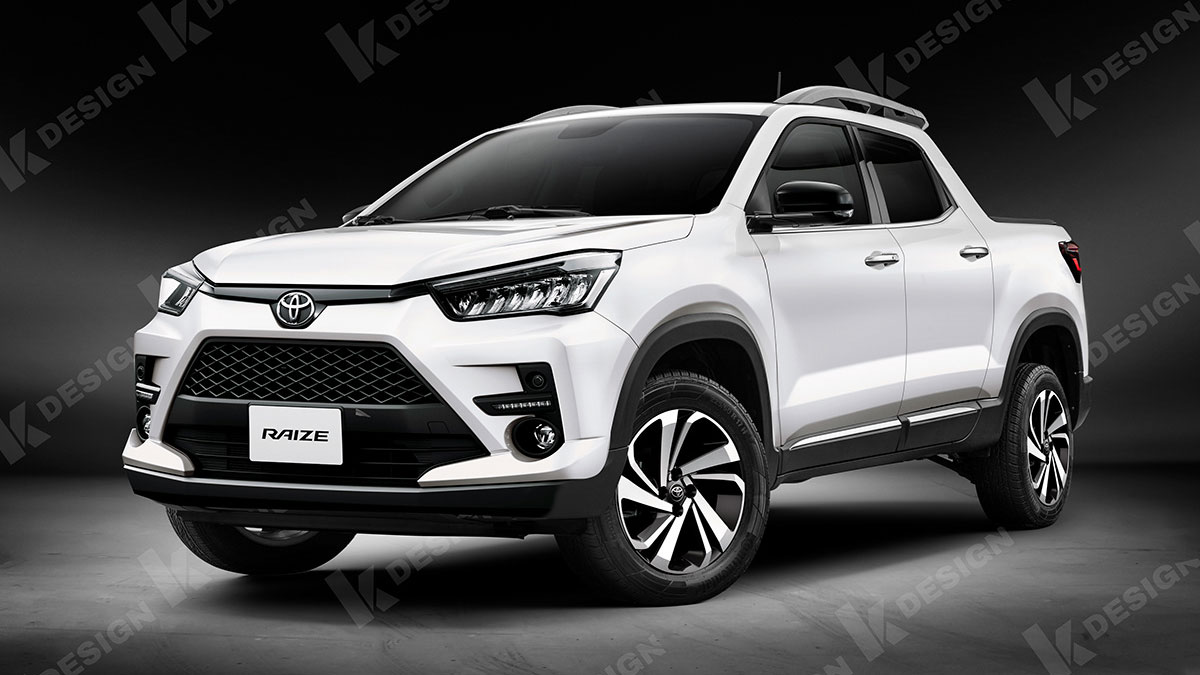 Similar to what Silva does with his other renders, he has left the Raize’s front end untouched. The sides and the wheels have also been retained. The rear end, of course, is where all the changes can be seen.

Since this is still a render, the ‘conversion’ looks pretty clean, as no lines separating the original body from the bed can be seen. The tailgate design was simply carried over from the liftgate, but the rear bumper here appears to be much chunkier than the original.

No specs are available, but we do reckon that the bed can still load plenty. What we know should change if Toyota actually builds something like this, though, is the powertrain lineup. Neither the 1.0-liter turbo or the 1.2-liter non-turbo gasoline engine will be capable enough to move a small pickup like this when fully loaded.

So, could this be Toyota’s rival to the Hyundai Santa Cruz and the Ford Maverick? Tell us what you think of this design. 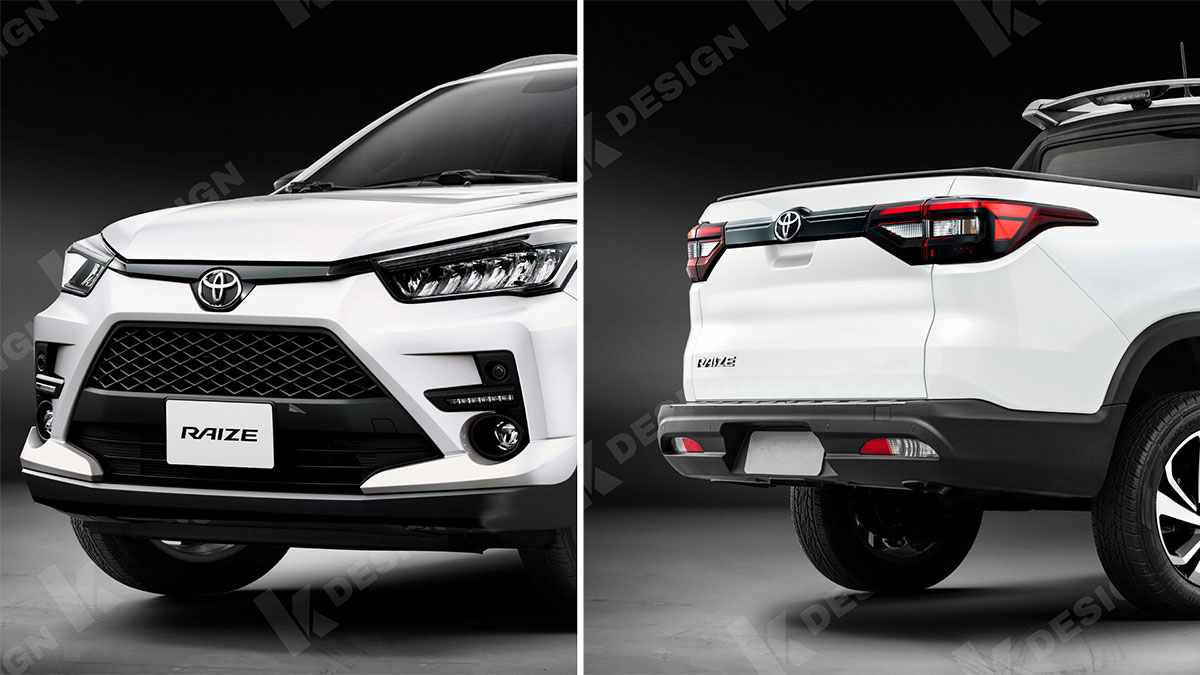 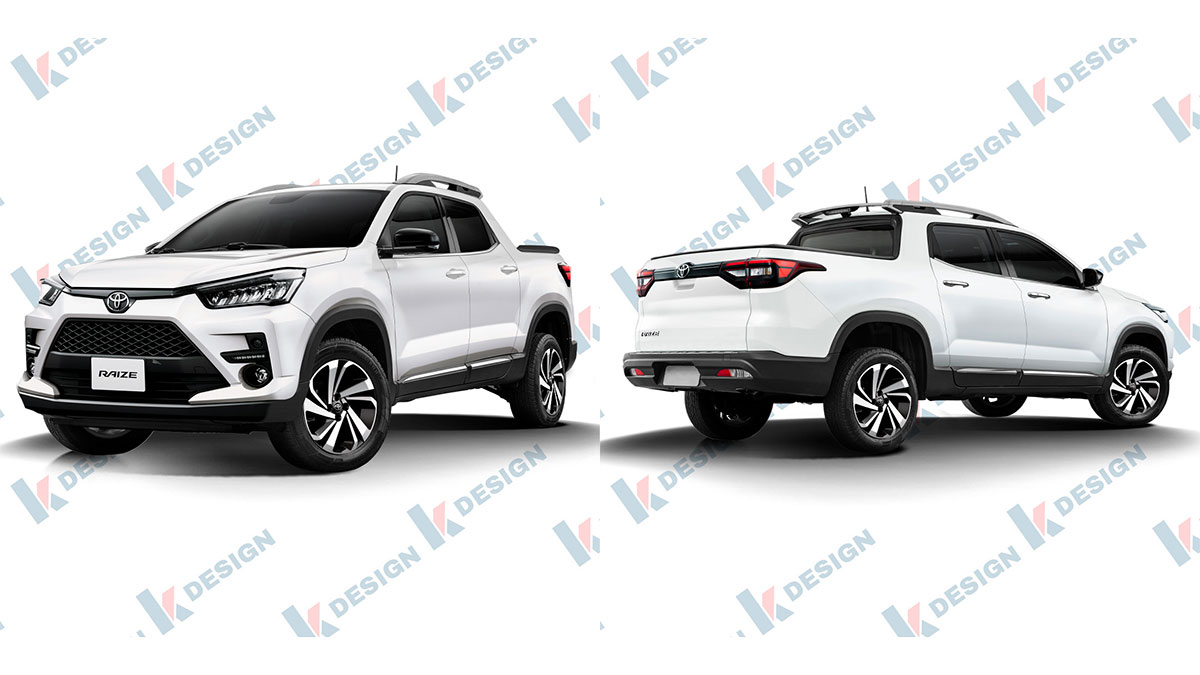 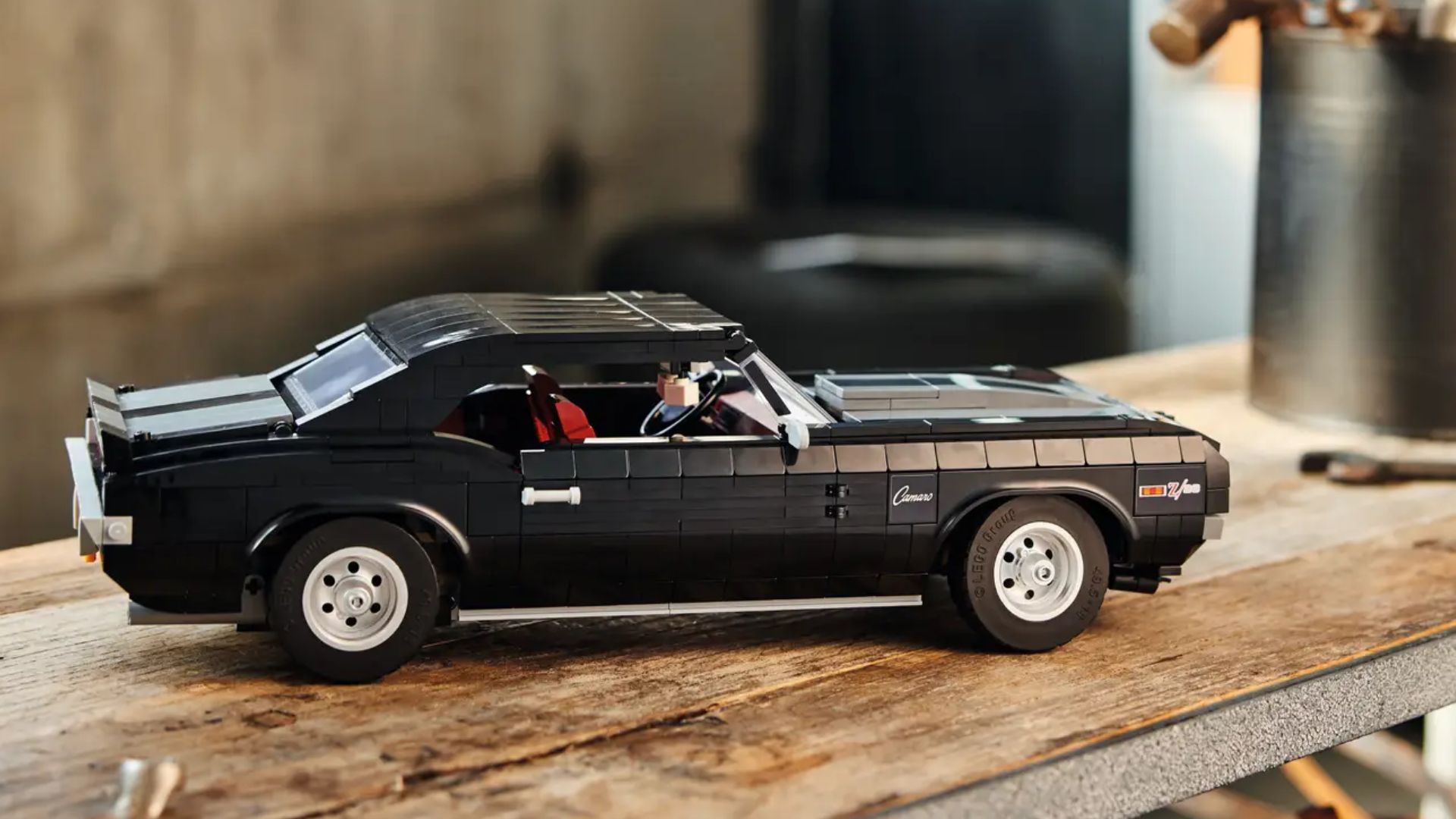 Build your own '69 Chevrolet Camaro Z/28...with Lego
View other articles about:
Recommended Videos
Read the Story →
This article originally appeared on Topgear.com. Minor edits have been made by the TopGear.com.ph editors.
Share:
Retake this Poll
Quiz Results
Share:
Take this Quiz Again
TGP Rating:
/20