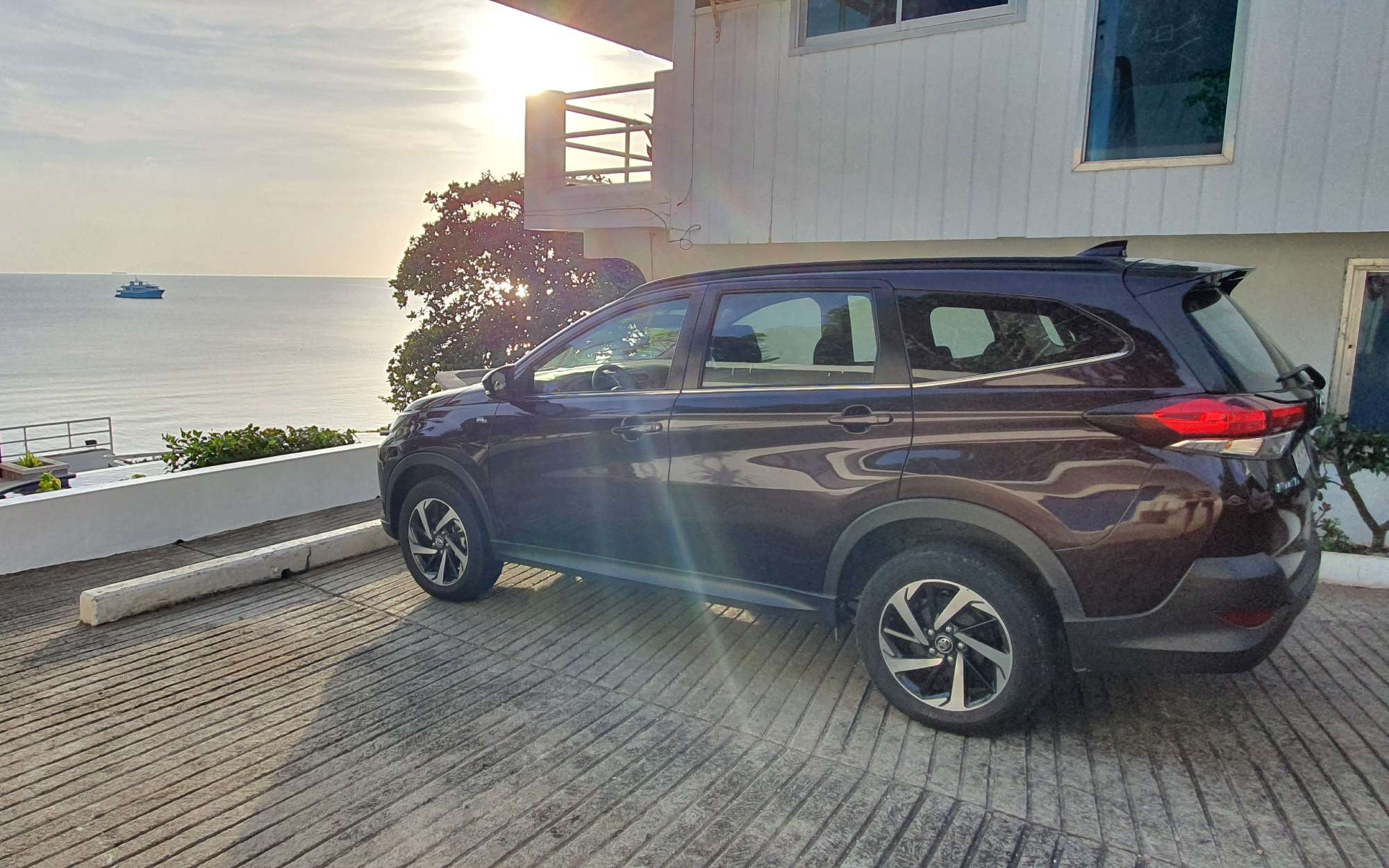 I’m basking in the afternoon sun on a private beachfront property in Batangas, sipping copious amounts of beer well before 5pm, sharing laughs with friends from high school, some of whom I haven’t seen in years. It’s a reunion of sorts, and a much-needed break from what has been an eventful year. As I pour myself another glass of Pale Pilsen, I think to myself if all of this is just some made-up, heavenly illusion.

History tells us that it took Michaelangelo four years and a whole lot of elbow grease to paint the ceiling of the Sistine Chapel. Well, if he got around to painting one-and-a-half more of those things, then he’d have spent as much time with his paintbrush as I have out of high school.

Ten years. That’s 120 months, or 3,652 days, or enough time for Miss Philippines to win the Miss Universe pageant twice. It’s no small thing to look back at the last decade of your life since you made that final walk out of campus. Things were certainly simpler in those days, no matter how complicated my friends and I thought they were. Back then, weekends were filled with World of Warcraft sessions, house parties spent dancing to Black Eyed Peas while rocking shutter shades, thinking we’d all grow up to be the badass rock stars we said we would be in our immortalized yearbook promises.

So, what’s happened since then? Like most people, I took the conventional route of going to college before joining the workforce. A lot of my batchmates did the same thing, but the difference is that a lot of them were born with spoons so prosperous, I wouldn’t dare call them silver.

You see, thanks to some fortunate circumstances, my middle-class teenage self ended up in the rarefied air of a ritzy international school midway through high school. If you’ve ever wondered where the children of politicians, celebrities, businessmen, and highest-paid athletes in the world go, this campus is one of them. And though I made friends and largely enjoyed my time there, I walked through those halls like Ryan Atwood from The O.C.—chip firmly on my shoulder, with a cocksure attitude born largely from insecurity, knowing that I was never truly one of them.

There was no better reflection of that fact than the car I drove back then, a Toyota Tamaraw FX. Once upon a time, that FX was brand-new, turning heads wherever my family and I went. But those days were long gone when I enrolled in this school. By the time I was grinding through its five-speed gearbox, it had become known as a UV express and looked laughably out of place in the school parking lot next to the student-owned Bimmers and chauffeur-driven Chevrolet Suburbans. Looking back, that car really meant something to me, though I didn’t know it then, and it didn’t exactly endear me to my peers.

If movies like American Reunion have taught us anything, it’s that your high-school reunion is the perfect time to show off what a big swinging d*ck you’ve become since you got your diploma. So, I thought to myself, what better way to prove I’ve moved up in the world than by showing up to Batangas with the nicest car in the parking lot?

I don’t say this to brag, but in our line of work, driving fancy cars is par for the course. Since I’ve joined Top Gear PH, I’ve been fortunate enough to drive supercars on the track, get behind the wheel of high-performance pickups in the Australian outback, and maneuver a Rolls-Royce through mountain twisties, among other memorable assignments, all in the name of earning my paycheck. Cars that were just a wistful dream a decade ago. So, weeks before the trip, I thought long and hard about what nameplate would really turn heads.

But no. I can’t ever forget the valuable lessons of humility and practicality that the FX taught me. I realized that propping myself up behind a material facade so I could brag about my job would make me disingenuous at best, and a braggadocio douchebag at worst. The beauty of growing up is becoming more mature, so I decided to do away with hiring out a nice car for the drive. Instead, I wanted to take myself back to what it was like in high-school with that FX, which meant bringing what I consider to be its modern equivalent: the Toyota Rush.

Yes, I know—technically, the Innova is the FX’s lineal successor, but I reckon the Rush shares a lot more with the old model than the pricier MPV. Like my old FX, the Rush is a solid albeit unspectacular bit of kit. Its 1.5-liter gasoline engine (same size as the FX), capable of 101hp and 134Nm, performs decently on city roads, but takes quite a bit to get going on the highway. Its somewhat herky-jerky four-speed gearbox doesn’t quite shift when you want it to. Going up inclines with momentum is fine thanks to the rear-wheel drivetrain, but try it from a dead start and you’re in for a literal uphill battle.

But one thing I truly enjoyed about the car is that it makes no pretenses. Step back from its flaws, and you can enjoy it for the reliable budget SUV that it is. Sure, this top-of-the-line G variant has some much-appreciated amenities like Bluetooth connectivity and push-button start, but at its core, it’s a car with utility and purpose in mind. There’s little in the way of electronic aids to distract you as you take the wheel and just drive. And with that in mind, the Rush really did remind me of the FX—it’s simple to steer, easily maneuverable despite its size, and roomy enough for my friends and I to hop in and have a good time. Just as the FX did the job a decade ago, the Rush performs equally as well on this weekend. It’s not a car you yearn for, but when you need it, it’s there for you every step of the way.

As my friends and I continue to take in the seaside air, I learned that some of their journeys since high school aren’t too far removed from my own. While some took the inevitable route of entering their family trades, others chose to break away and forge their own paths. Some have faced down life’s challenges head-on without the support of their parents’ bank accounts. Some share stories of their career aspirations and ask me how my own progress is going. Others share harrowing tales of struggle in college and in the workplace, with a candor I never once saw when we were on campus. All of us are candid about our dreams, honest about our shortcomings, and realistic about what the next decade has in store. Through it all, we laugh about the good old days as the sun sets. Unlike how I felt 10 years ago, I realize I am one of them—an ordinary person simply making their way in the world.

No, this reunion isn’t some illusion I’ve conjured up in my head. This is reality, and the fact is that life’s journeys aren’t always as fluid as we imagine them to be. None of us ever became rock stars, but we’ve become better people and mature adults in the decade since we took off the toga. And I certainly didn’t get that way by driving fancy cars for a living. 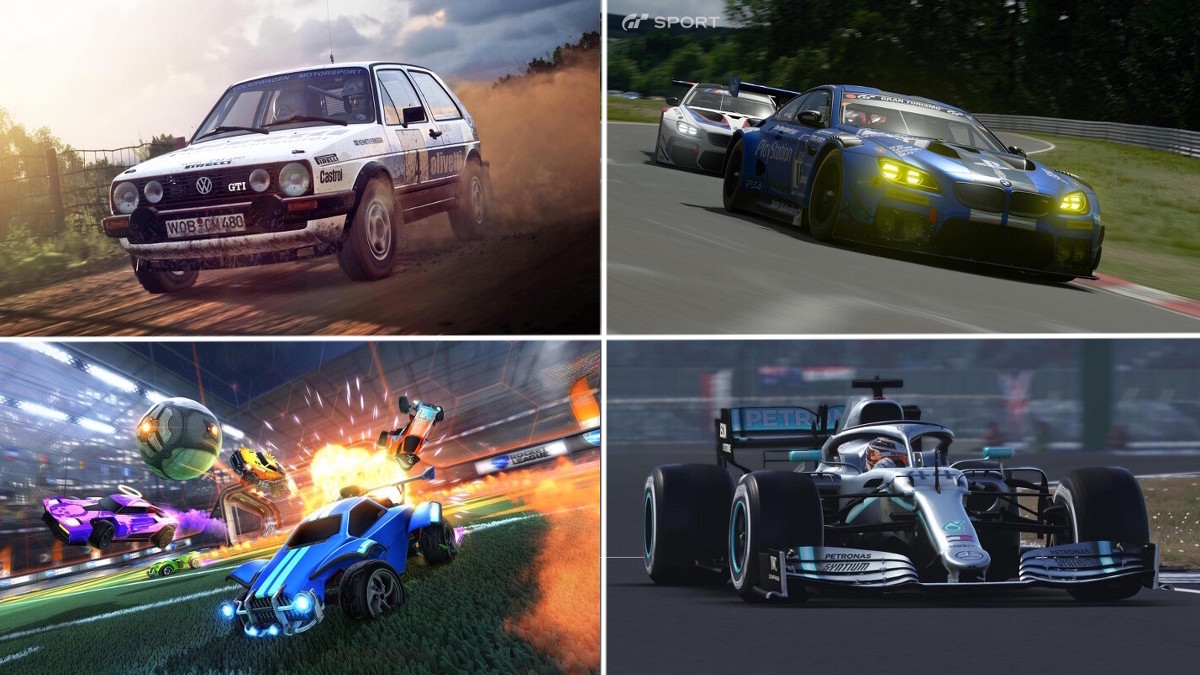 The 20 best driving games of the 2010s, part two
View other articles about:
Read the Story →
This article originally appeared on Topgear.com. Minor edits have been made by the TopGear.com.ph editors.
Share:
Retake this Poll
Quiz Results
Share:
Take this Quiz Again
TGP Rating:
/20