How Bong Nebrija keeps himself sane

He has ‘prayer warriors’ for his spiritual guidance
by Aris Ilagan | Sep 19, 2019

Col. Edison ‘Bong’ Nebrija, MMDA traffic operations chief, must be the agency’s busiest and most visible official these days.

If we don’t see him on social media flagging down colorum buses on EDSA, inspecting field personnel, doing media interviews, guesting on speech forums, or attending meetings, then he must be somewhere else supervising the towing of illegally parked vehicles. Almost daily he hits the road at around 5am and goes to bed past midnight.

And now part of his routine is debating with legislators on their obscure traffic schemes, or admonishing arrogant traffic violators. What comes after are endless bashings on social media.

Here’s a little inside story: Have you ever wondered how Nebrija became MMDA’s EDSA traffic operations chief? According to the man himself, he was among three men who were considered as MMDA’s traffic czar for EDSA.  The two others probably sensed that it was going to be a suicide mission so they never showed up at the job interview. And when Nebrija’s turn came, his superior asked him point-blank: “Hindi ba sundalo ka?”

This question threw him off balance. For a graduate of the Philippine Military Academy (PMA) like him, this line meant there’s no other option but for him to accept the post. A good soldier must obey first, ask questions later.

That left us more curious about Bong Nebrija. How does an ordinary mortal like him keep his sanity amid the daily anarchy on the streets? Here’s what he said:

Nebrija has learned to embrace the fact that he’s only human. Despite his desire to cover all bases, he had opened his mind to delegating tasks to other people or organizations. “Ang problema sa aming mga galing sa PMA, lahat kami graduate ng ‘BS’ course. O ‘bilib sa sarili’,” he said with hearty laughter. Even before his stint at the MMDA, Nebrija knew the value of trusting his colleagues and allowing his subordinates to take sensitive tasks. These are the best recipes in shaping a good leader, he said. Did we hear someone say PMAers come with another degree on ‘MD’ (madaling disiplinahin)?

Almost all of Nebrija’s family members are based in the US. But the distance that sets them apart is no reason for them to ignore each other. His loving wife, he said, monitors the harsh comments hurled against him and is quick to delete them from their social media account. Even if she’s abroad, Bong talks to his wife regularly over the phone. For him, talking to his dearly beloved is not only refreshing but also a form of debriefing.

In military parlance, debriefing actually means talking about one’s experience during the day. This process lessens the psychological trauma from the tough workload of an individual. In this regard, Nebrija often debriefs his MMDA traffic enforcers by joining them during dinner.

Being in the headlines can bring both positive and negative effects on a person’s well-being. In either case, Nebrija gets encouraging words from his friends to move on and just continue working despite foul-ups that happen during the day. The MMDA officer uses the term ‘friends’ loosely; he may be referring to long-time high school pals or new ones who he gets to meet along the road. Yes, they include ordinary people.

When Top Gear PH asked Nebrija what’s his favorite sport, he fumbled on his answers. With this, we suspect that he had lost track of his favorite sports activity. He owns two mountain bikes but hardly rides them due to his tight schedule. Lately he enrolled in a fitness gym and promises to exercise regularly to shed off those unwanted bulges. (Sorry, we were supposed to keep that a secret.)

Bong Nebrija finds magic in watching his favorite films, may it be in a movie house or just staying home for a Netflix series. It’s a good way to recharge for another day of battling with the eternal traffic problem.

While his wife, two children, and two grandchildren are thousands of miles away, Nebrija has a group that takes care of him 24/7. He considers them his ‘prayer warriors.’ Every Wednesday, he meets with this group in San Juan for his spiritual guidance and strength. Death threats don’t bother him. “I know He’s taking care of me from up there,” he said.

So far, things are doing well for Nebrija. But with the ‘ber’ months coming in, the worst of traffic is yet to come. Remember to stay calm and sober! 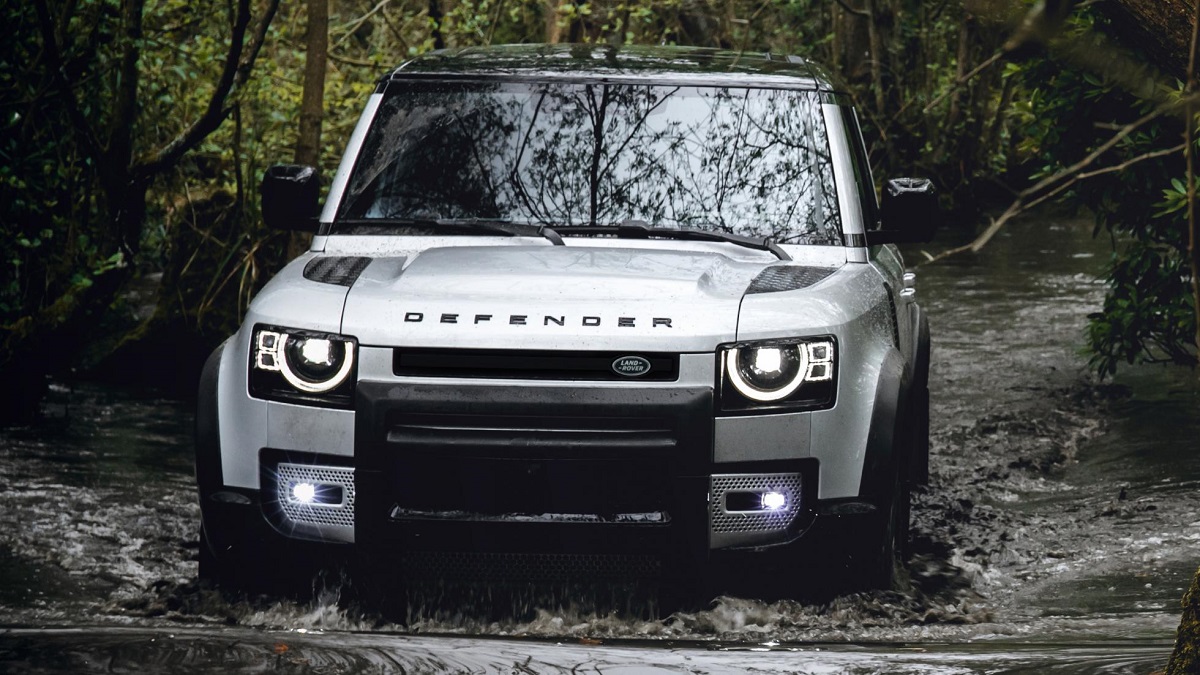 Changing of the guard: The new Land Rover Defender
View other articles about:
Read the Story →
This article originally appeared on Topgear.com. Minor edits have been made by the TopGear.com.ph editors.
Share:
Retake this Poll
Quiz Results
Share:
Take this Quiz Again
TGP Rating:
/20