COVID-19 didn’t just shake up local transportation when it landed in the Philippines back in March. The coronavirus burst through a wall a la Kool-Aid Man, grabbed it by the neck, violently tossed it around the room, and threw it through a glass window from 10 stories up.

The sudden onset of a deadly airborne pandemic highlighted some very glaring issues in the Philippine transportation scene. It didn’t matter whether you drove a car, rode a motorcycle, or took a train—COVID-19 had a big say in whether or not you could get around.

At the height of the lockdown, Top Gear Philippines made several not-so-bold predictions as to what lessons, if any, would be learned and what changes would be made in regards to transport once COVID-19 was in the rearview mirror. While the pandemic is anything but over, we think it’s worth checking out how our theories are holding up heading into 2021.

One of the big issues highlighted by the COVID-19 pandemic is the public transport sector’s overreliance on the boundary system. No movement meant no fares, and with the majority of PUV drivers relying on a sheer number of passengers and trips for livelihood as opposed to a fixed income, it became harder to get by.

Service contracting became a talking point in Congress following the initial lockdown, and the elimination of the boundary system has always been one of the selling points of the government’s PUV modernization program.

Considering how monumental a shift this would be, though, as well as the current number of routes and a still recovering passenger base, it’s still way too early to see how this will pan out. No points here.

One point. Yes, we called this one right. While the Philippines is miles away from becoming anywhere close to a bicycle- or pedestrian-friendly city and recent attempts to protect cyclists on the road have been relatively hit or miss, progress made in terms of personal or alternative mobility was one of the bright spots in an otherwise dire situation.

Since the pandemic began, several local governments have been trying actively to encourage the use of bicycles in their cities, and the Department of Public Works and Highways (DPWH) has already expressed its intent to take cyclists into account in future road infrastructure projects. The Department of Transportation (DOTr) has also announced plans to set up bicycle lane networks in metropolitan areas across the Philippines.

We’re going to give ourselves half a point for this one.  While the DOTr and Land Transportation and Franchising Regulatory Board (LTFRB) have guidelines in place specifically requiring the constant disinfection of PUVs, there’s no telling just how well these are being implemented.

We’re confident that some forms of public transportation, like trains and maybe P2P buses, undergo routine disinfection procedures. Once we trickle down to buses, tricycles, and taxis, though? We’re not so sure. While the intent is there, it’ll take a thorough looking into by local transportation agencies to determine if standards set in place are being met.

Yes, it’s happening. Is it going smoothly, though? Not exactly.

Contactless payment systems are set up for some forms of public transportation, such as train lines and P2P buses, but many commuters are still using cash to load their cards.

This year’s  ‘No Beep card, no ride’ policy is proof that the Philippines has a long way to go before going completely cashless when it comes to getting around. And don’t even get us started on everything that’s going on with cashless expressways.

Again, the intent is there, but the execution leaves much to be desired. Half point.

Finally, another full point. Automotive sales took a sharp nosedive when the pandemic hit. Thankfully, it has been on a steady rise since dealerships returned to operation. In fact, based on 2020 data collected by the ASEAN Automotive Federation, Fitch Solutions Country Risk and Industry Solutions predicts local vehicle sales will grow by 21.5% in 2021.

A recent report by German database company Statista, meanwhile, found that motorcycle sales in China, Japan, Taiwan, and the Philippines actually grew by 17.4% year-on-year in 2020 despite the COVID-19 pandemic. Nice.

Nope, no change here. Decent sidewalks are still few and far between and most transportation hubs are still a pain in the ass to get to for pedestrians. If, however, by ‘walkable’ you mean people having to set out on foot because of the lack of transportation alternatives during the lockdown, the country succeeded. Zero points.

It certainly did. For Grab, this means shifting to cashless modes of payment, implementing stringent health protocols, and making changes to its business setup. Things didn’t go as smoothly, however, for motorcycle-based ride-hailing apps, with authorities insisting on the use of dangerous motorcycle barriers before allowing them to return to operation. One point.

Nope. We really haven’t seen any initiative to get this ball rolling. There have been mentions and talk, but no concrete actions or gameplan. This is not a short-term solution, but it has to start somewhere.

This is probably the easiest point we’ll be giving ourselves on this list. Are we now Japan, where masks were a thing even before a deadly airborne virus hit? No. And there are still plenty of individuals out there who clearly don’t know how masks work. Still, we definitely don’t see authorities letting up on obligatory mask use outside residences any time soon.

It’s catching on in industries where it’s applicable alright, but the shift is being held back by comically bad internet quality. There’s no standout performer among local internet service providers, and one even managed to become the laughing stock of the whole nation after its network went down nationwide. We have a long way to go, so only half a point for us. 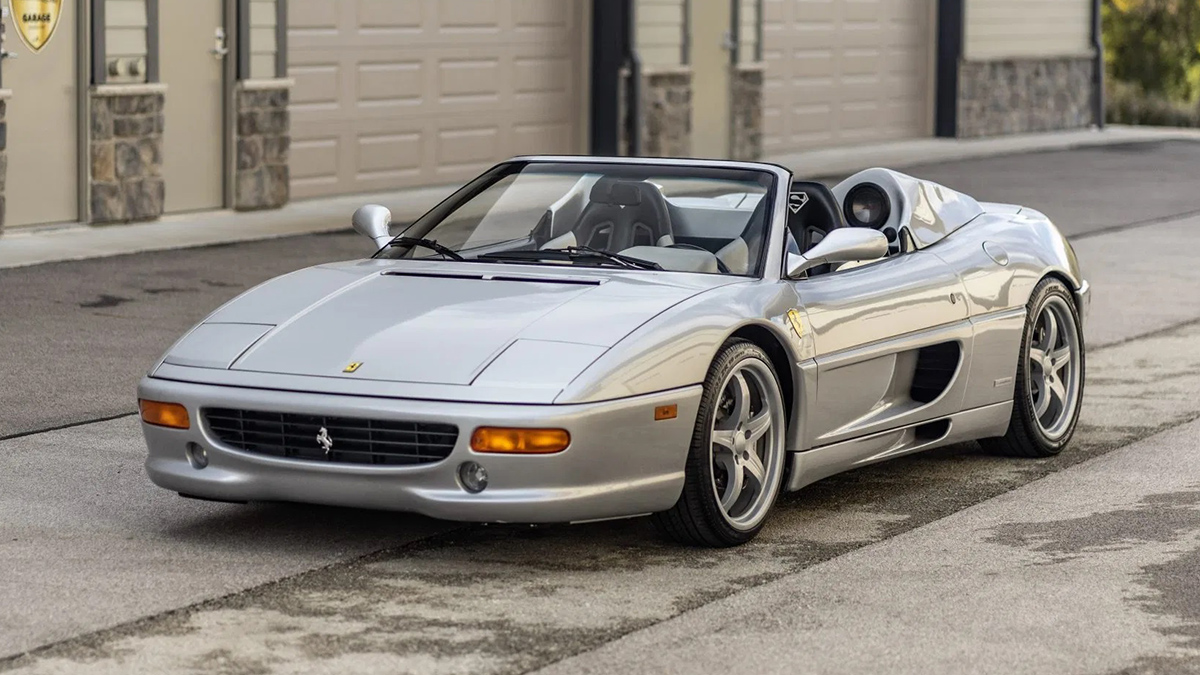 Shaq once had to modify his Ferrari F335 Spider so he could fit inside it
View other articles about:
Read the Story →
This article originally appeared on Topgear.com. Minor edits have been made by the TopGear.com.ph editors.
Share:
Retake this Poll
Quiz Results
Share:
Take this Quiz Again
TGP Rating:
/20