These JDM legends can be yours for under P1M...if you live abroad

Cars, in our experience, Are only ever a few months (or indeed miles) from needing some great stack of money spent on them. With, of course, a few exceptions: electric cars don’t seem to need much on a month-to-month basis, of course, and new cars (Jeeps, Land Rovers and Alfa Romeos aside) tend to do OK without constant tender ministrations. The only other exception to the rule? Well, Hondas.

Even among the legendarily dependable Japanese manufacturers (and Mitsubishi), Honda stands alone in terms of reliability. So even though the S2000 is tech-laden, high-revving and definitely getting on in years, it’s still unlikely to give you much in the way of trouble. As for everything else it gives you... well, we could be here all day, but here’s the cliff notes: six-speed manual, 62 miles of headroom, and 9,000rpm. Do it while you still can. 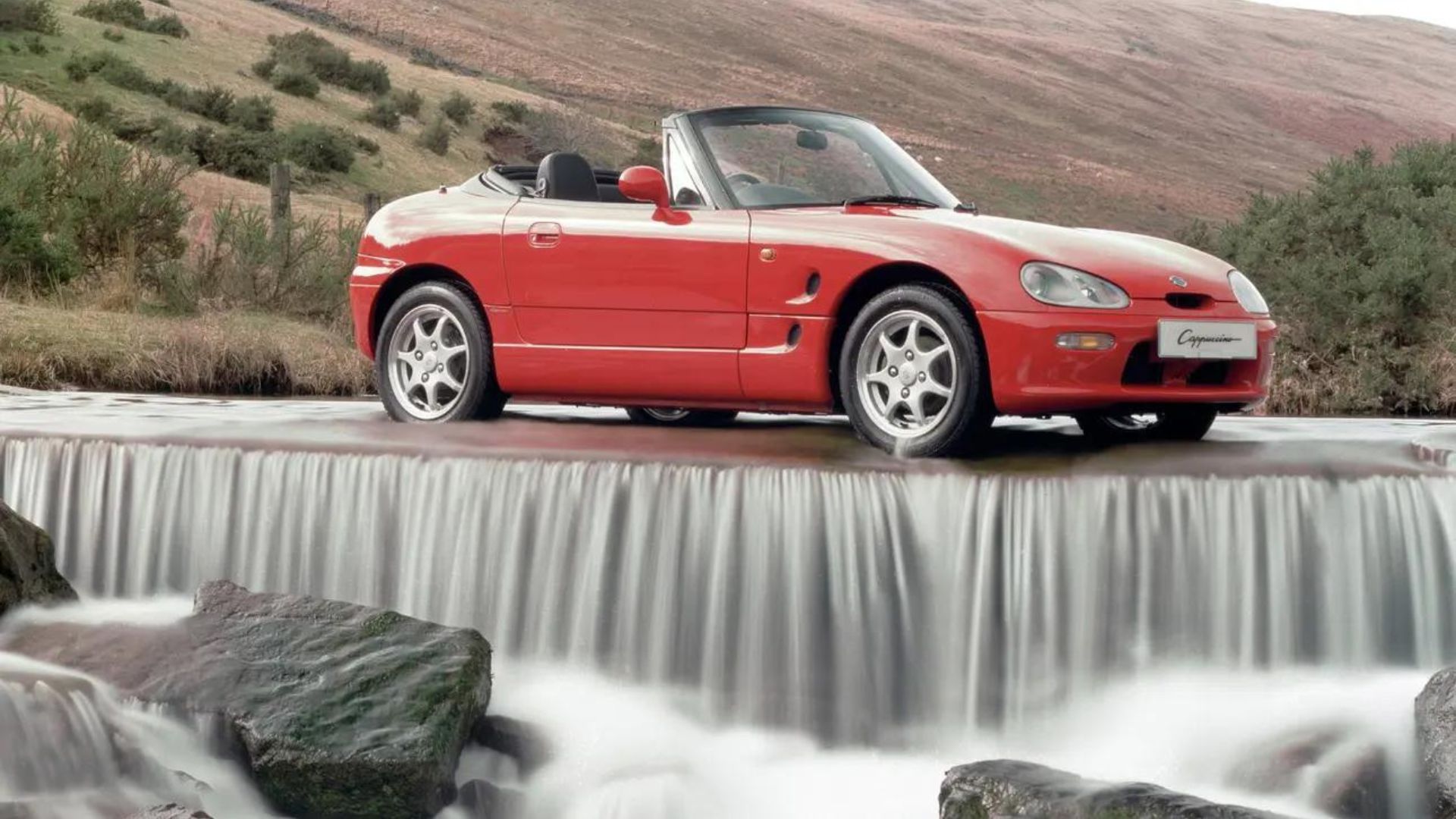 Let’s say you find the S2000 a little obvious. OK, we’d argue – so is beer. But let’s say the S2000 is out for other reasons, besides obviousness – it’s too big, some crazy how, or you got snap oversteer in one and realised they’re not quite the kitten you thought they’d be. Let’s bring the whole situation back down from the black diamond runs to the kiddie slope with the Suzuki Cappuccino.

Not to say that it’s anything approaching boring, despite its miniscule displacement and bathtubs-are-bigger dimensions. This is what ‘throwing everything you’ve got’ looks like in miniature – beacoup features, in bijou proportions. We’re talking 50-50 weight distribution, turbocharging, four-valve heads, front-mid-engined layout, and a three-stage convertible top. You can go hardtop, targa top or full convertible as the mood strikes; the panels fit in the trunk as well, so you can change your mind while out on the road. What a thing. 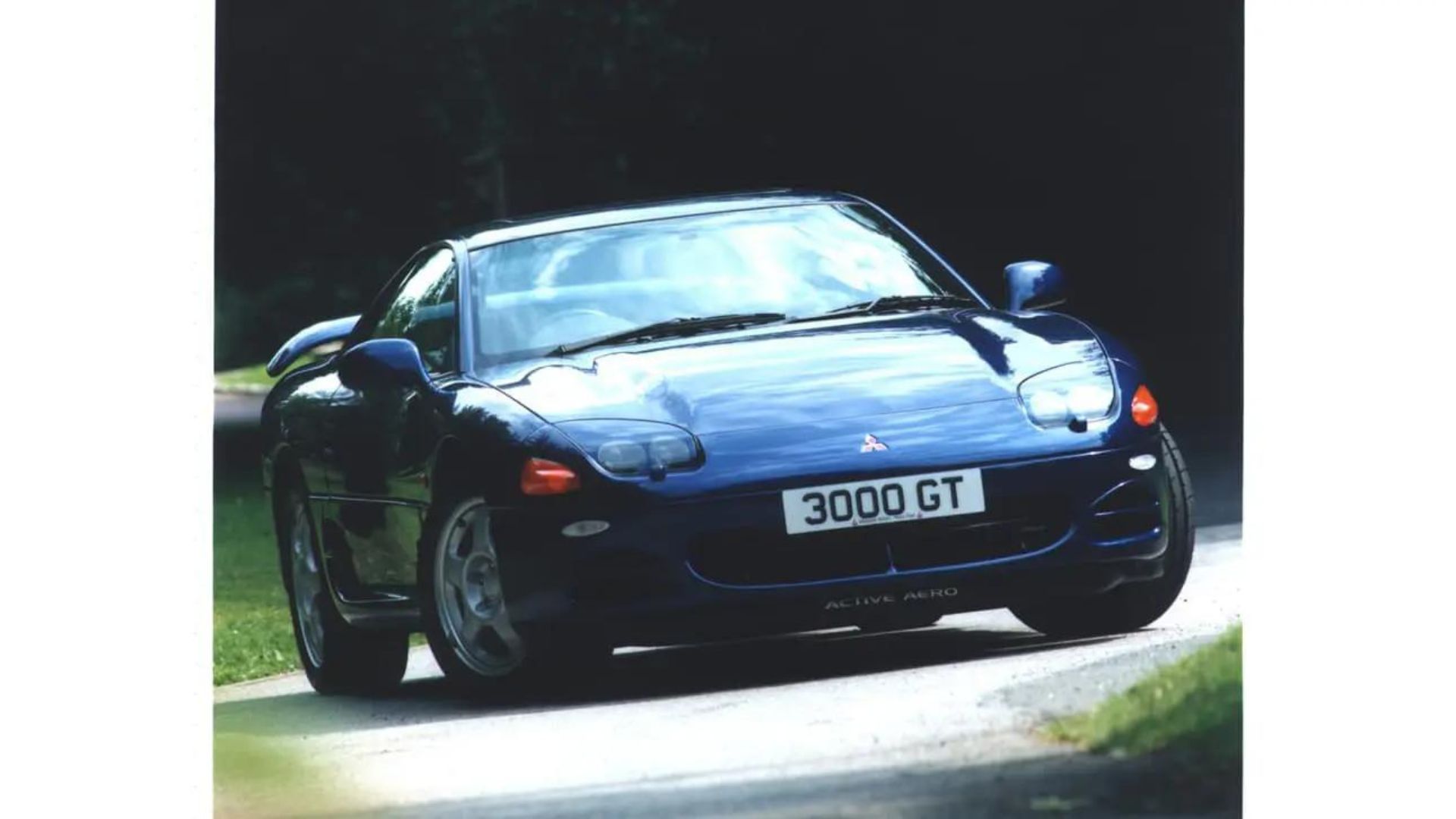 Mitsubishi, at least in the 1990s, was never one to let price, packaging or practicality get in the way of throwing as much technology as humanly possible at any given situation. So the 3000GT VR-4 (also known as the GTO or Stealth) got twin-turbocharging, complex all-wheel-drive system, active aerodynamics, four-wheel steering and adaptive suspension. As such, it weighed... let’s say enough. Yet with a gentleman’s agreement ‘280hp’, it could somehow hang with a lighter R33 GT-R in a quarter-mile drag race. Now, we find it ungentlemanly to throw heavy accusations around lightly, so we’ll leave that where it is.

The fact is that for all its heft and histrionic levels of tech, the 3000GT was still... well, fat and weighed down with tech. The aftermarket for the 3000GT isn’t even close to what a Supra or Skyline owner enjoys, in case you were looking for four-figure power outputs. And besides, you’ll lunch the rather specific (and expensive) gearbox if you try. 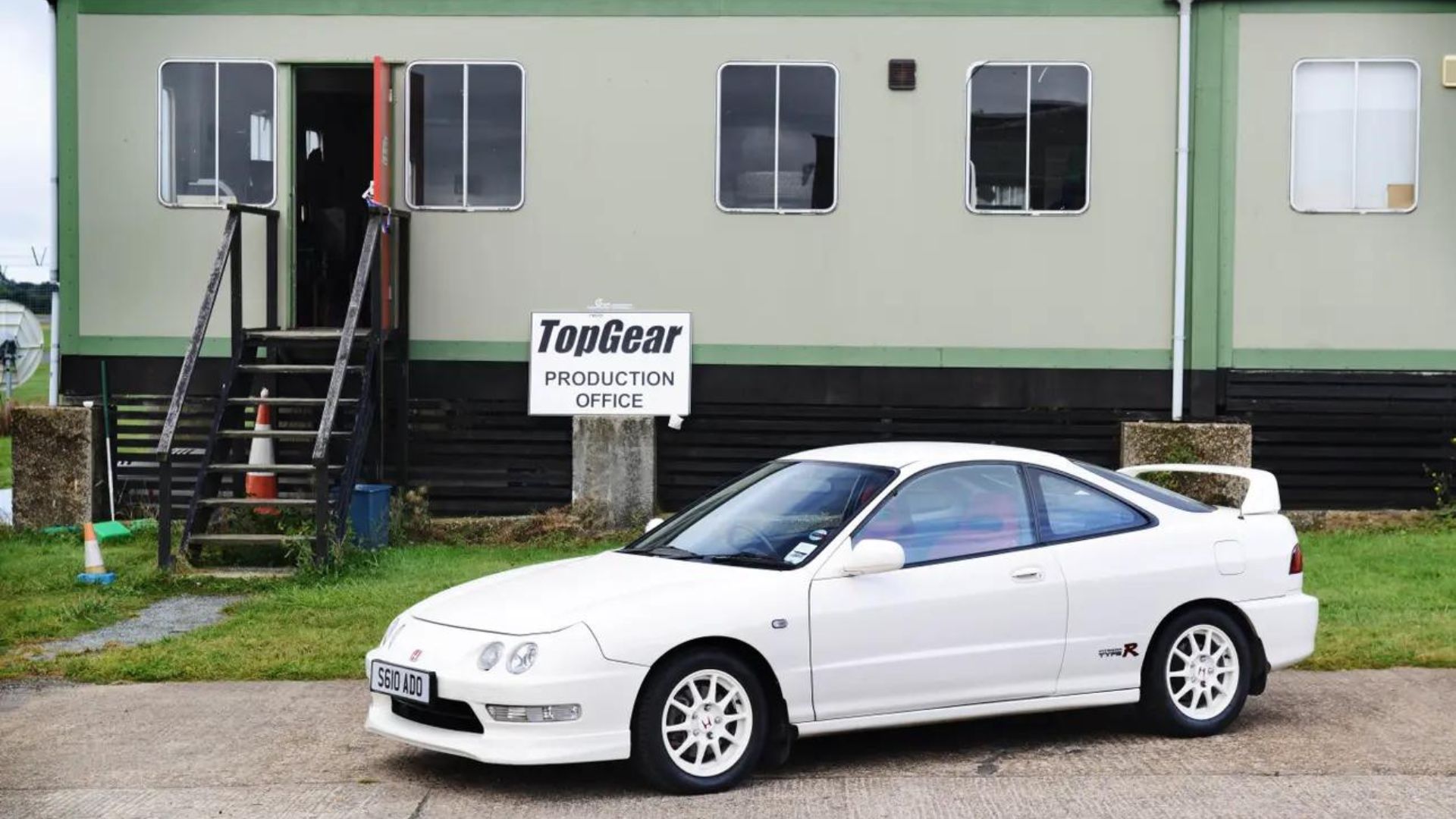 Honestly, it’s probably our fault for sleeping on this one for so long. We know, we know – a lot of you didn’t. Feel contented, smug or schadenfreude as is appropriate. For the rest of us, we really should have known better.

Maybe it was because the regular Integra was the car you remember your high-school teacher driving, or because the R version looked good, rather than mad. Or maybe you were still caught up in that ‘front-drive is for the feeble’ nonsense that we were.

Well, that all changed when we drove the Integra Type R for the first time.

Never, not in any super saloon, sports car or even supercar, have we felt a machine egg us on that much. The DC2 Type R was like a mechanical imp of the perverse at any moment, seemingly saying, ‘Hey, get lift-off oversteer on this roundabout!’, ‘Aw, don’t shift gears yet; there’s still another 1,000rpm to go!’, ‘OK, you pretty much have to pull the handbrake at some point or I’ll go mad’.

At this point, we probably have to point out that we don’t endorse dangerous driving by any stretch of the imagination and aren’t the least bit impressed when you do it. But if you’ve read the past few paragraphs and thought we were? Well, that’s probably our fault. 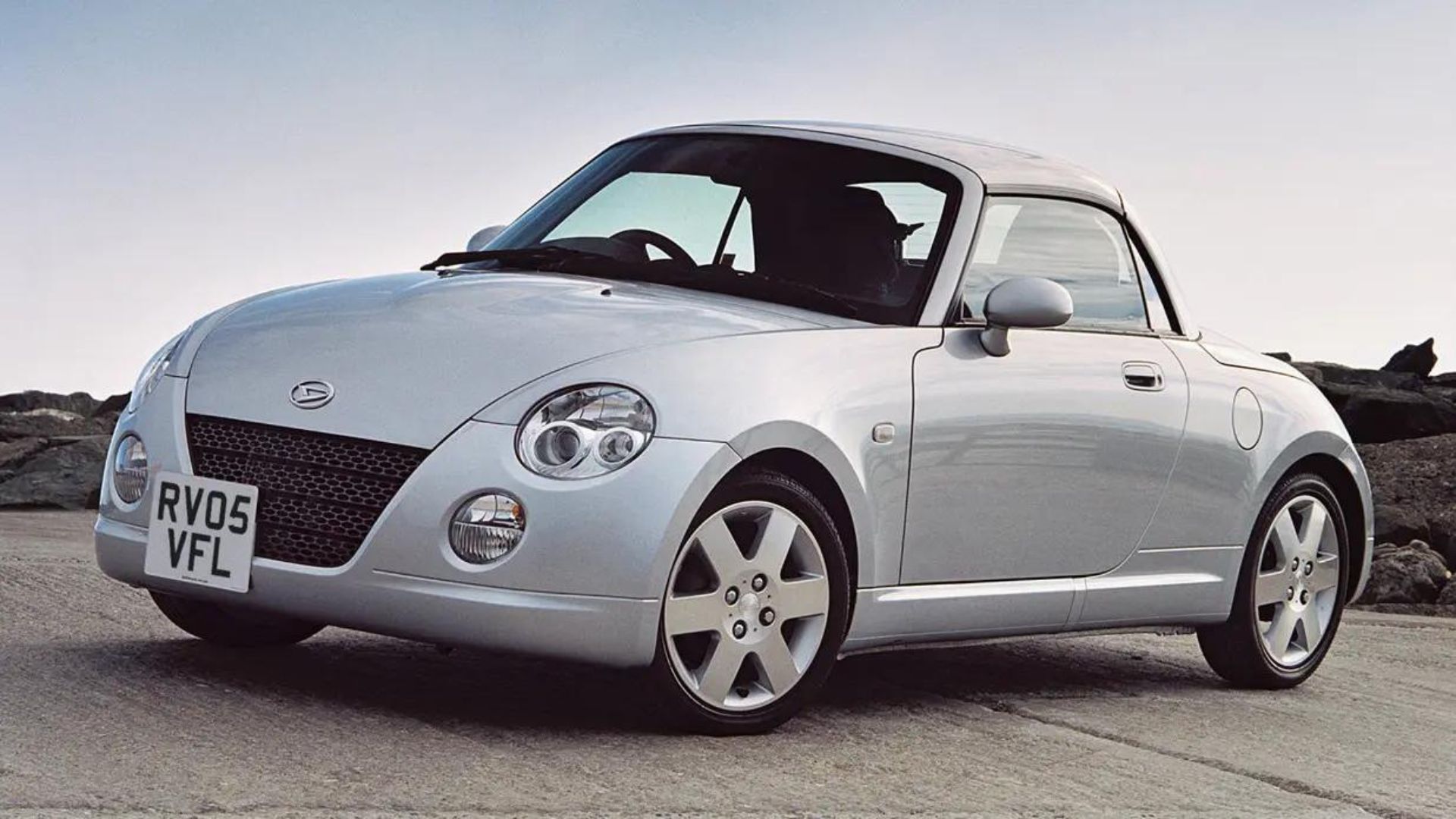 OK, we’ve spent entirely too long not talking about roadsters. Like, in general. Electric this, 1,200bhp that, supercar whatever.

Is it overcompensating, then, to reach for a miniscule, front-drive kei-car roadster, styled in a manner that just, ever so slightly, completely rips off the first-gen Audi TT? Erm, you be the judge on that one. We’re going to extol the virtues of a happy little convertible.

We’d say it’s at its happiest with the kei-correct 660cc turbo three-cylinder, but even with the 1.3 there’s more than enough to keep a smile on your dial. The roof, for instance, is a proper metal folding job for coupe levels of quiet with the roof up, while the metal gear knob, Momo steering wheel and leather seats make the cabin feel what marketers would describe as ‘premium’ and human beings would call ‘nice’. 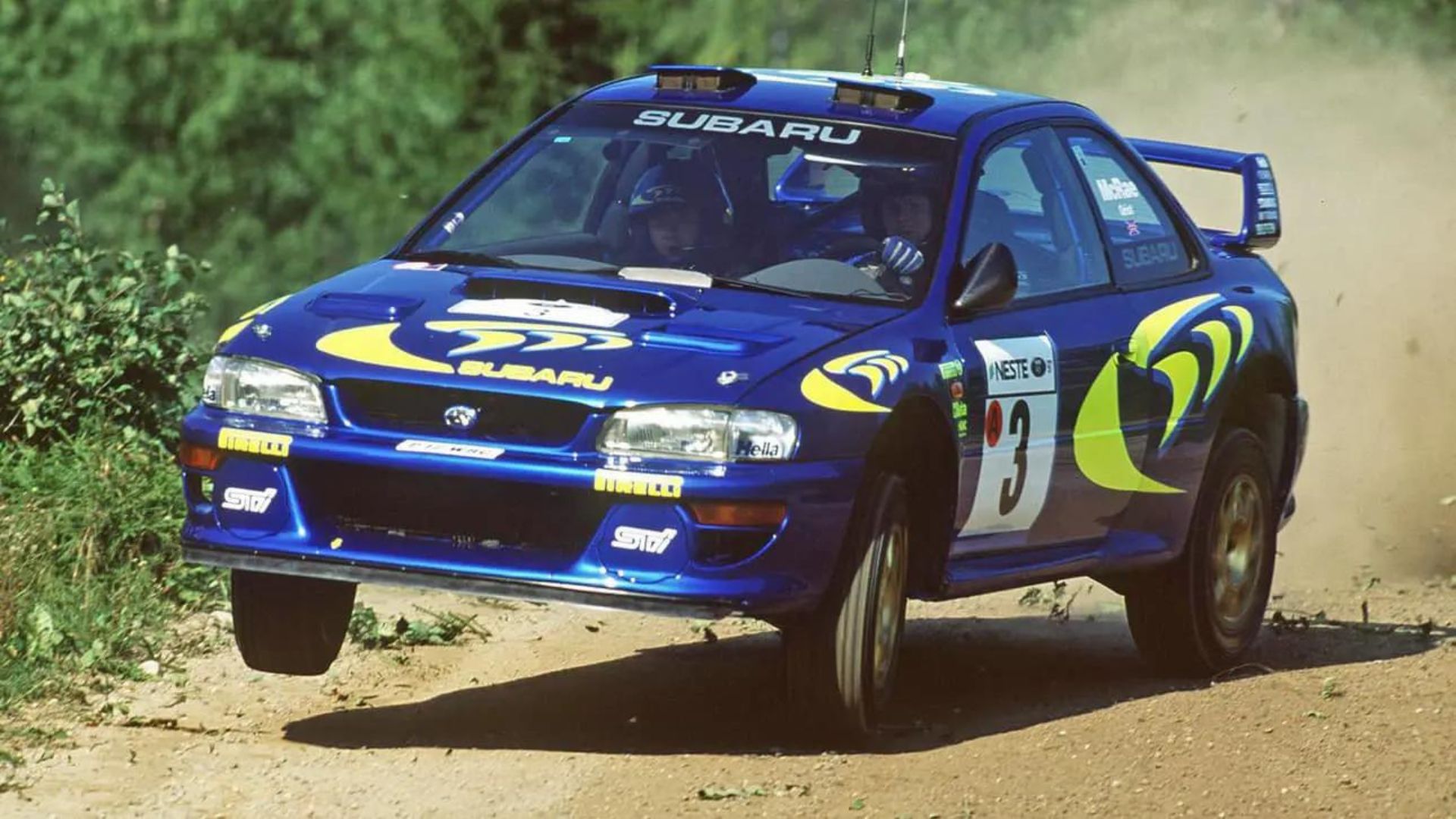 Because, if you’re looking to brag about distance-covering... well, we’ve got you covered there as well. Or, rather, Subaru did, back in the glory days when people gave a modicum of notice to a fast Subaru.

For the budget we’re talking here, you don’t exactly have your pick of Subaru Tecnica International’s oeuvre, but there’s still a decent amount to choose from. For our money, regardless of what followed in its wake, we couldn’t go past the original, from back when Subaru was claiming consecutive World Rally titles. 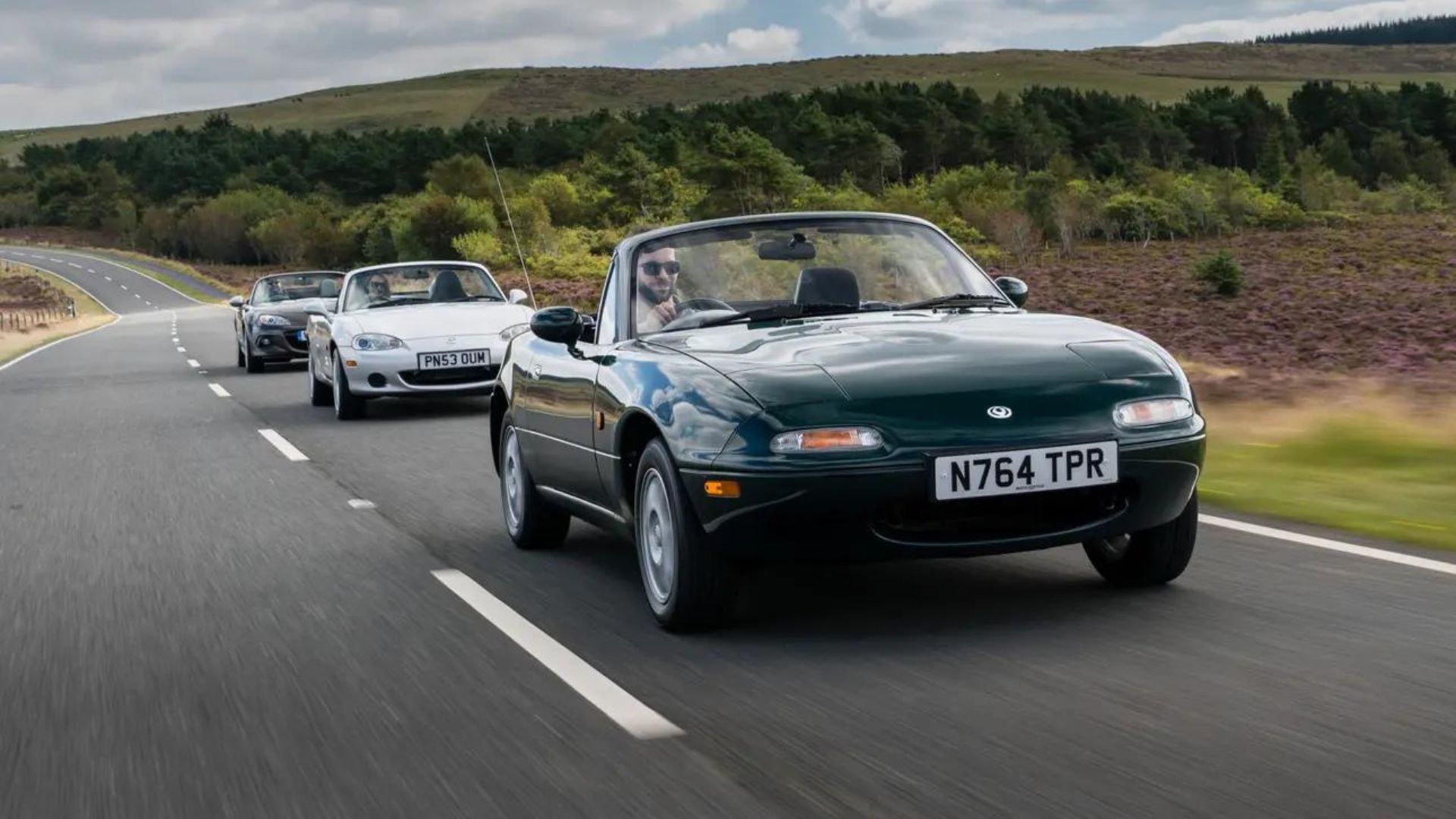 Did you think we were just going to pick fun cars – fun Japanese cars – and not include the Mazda MX-5? Well yeah, actually... we really considered it. The Toyota Crown Athlete wagon was right here, waiting for its time to shine.

It starts simply enough: going on your preferred secondhand car website and picking up the old MX-5 of your choice. Ours is the first-gen, because a) we still think it’s the prettiest, b) pop-up headlights, and c) for a bona fide classic, you can still pick them up so cheaply. At least in Britain, anyway.

From there, it’s actually not much harder: place a call to Rocketeer Cars, who’ll fit your freshly acquired MX-5 with a freshly rebuilt Ford Duratec V6. From the factory, the Duratec was a dark horse – a short stroke, 24-valve, quad-cam with an easy 240hp from the factory.

There’s more in it, if you ask Rocketeer nicely, but it’s probably enough in a car that weighs less than a ton. And adding any more power would probably overwhelm the rest of the experience. And in a car that’s all about simplicity and balance... you see where we’re headed. 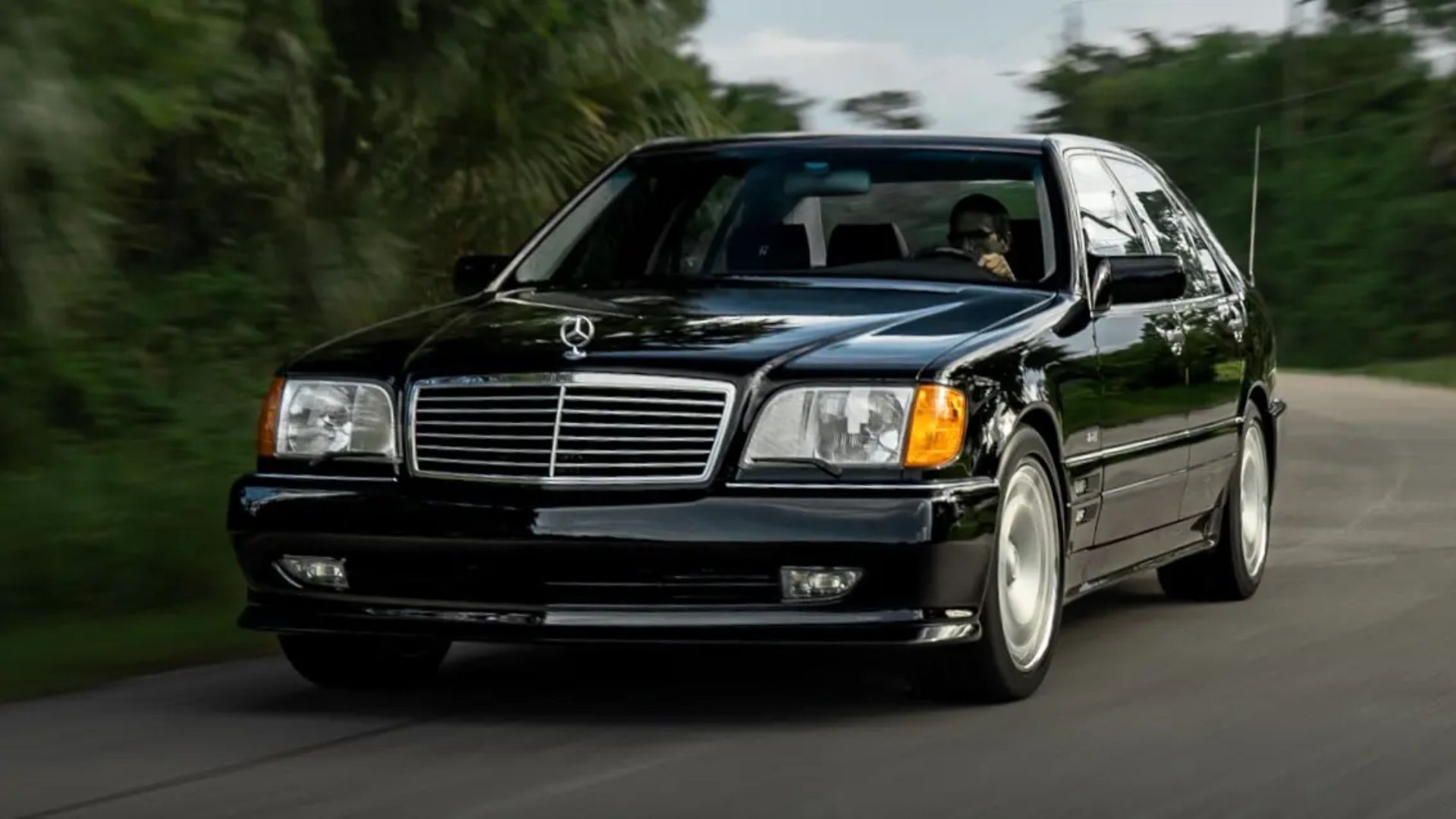 This '90s Mercedes-Benz S-Class isn't your typical restomod job
View other articles about:
Recommended Videos
Read the Story →
This article originally appeared on Topgear.com. Minor edits have been made by the TopGear.com.ph editors.
Share:
Retake this Poll
Quiz Results
Share:
Take this Quiz Again
TGP Rating:
/20