Stuck between a T-Roc and a hard place: Off-roading with VW’s droptop soft-roader 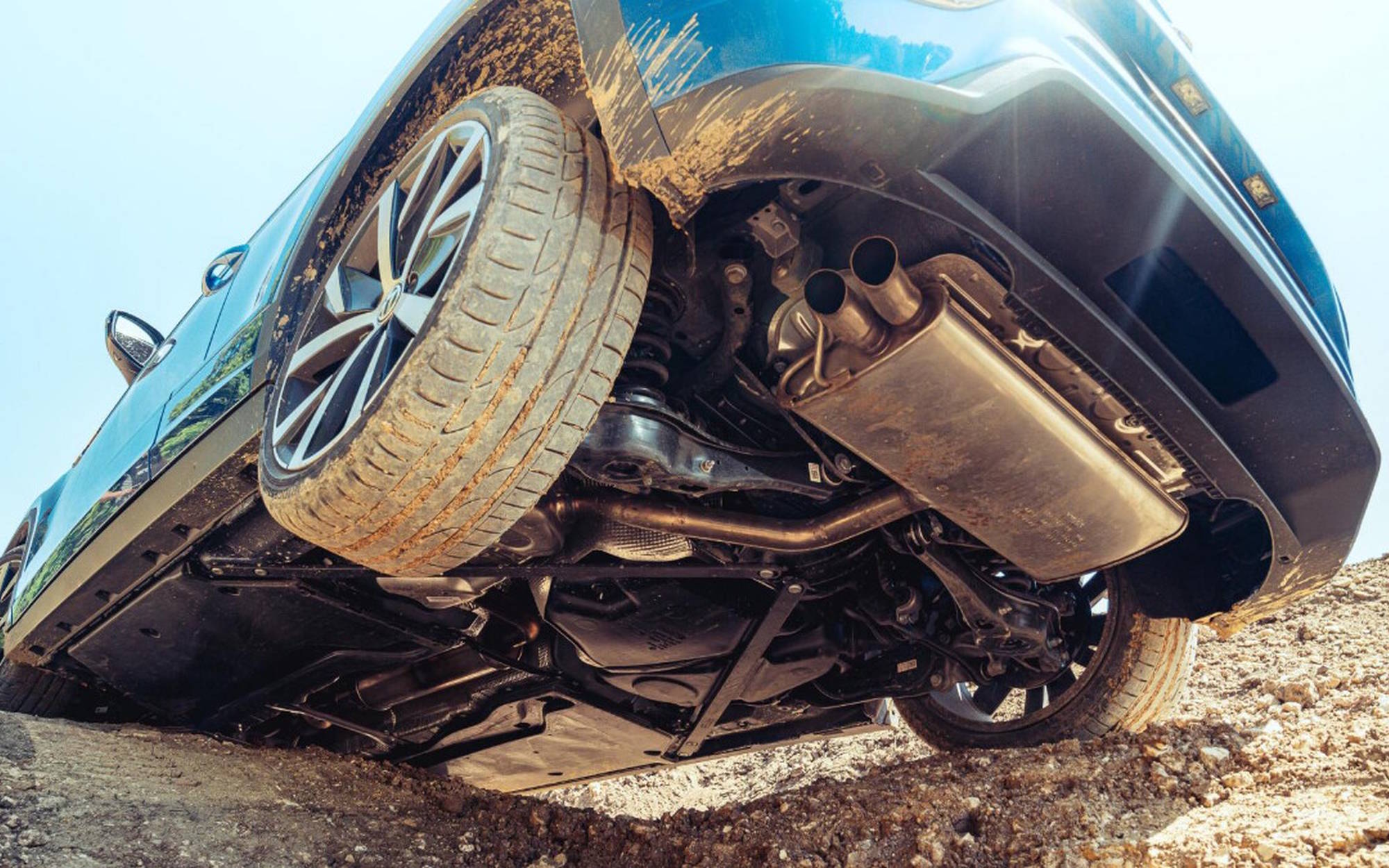 “Amazingly, the completely road-biased tires dig in and the VW starts to scramble up things I never thought possible”

The borough of Elmbridge, Surrey. That’s who to blame for this situation. No, not the fact that I’m currently parked in a pool of brown water, or that the back seats look like a T-Rex has sneezed chocolate milkshake over them—that’s all my doing. Rather, that leafy suburban district south-west of London is responsible for the existence of the ridiculous car I’m in—the Volkswagen T-Roc Cabriolet.

How? Well, a few years ago, the borough of Elmbridge was identified as the UK’s ‘convertible capital,’ with over 5,300 droptops registered in the surrounding area. See, for some reason, Brits lurrrve a cabriolet. Which is quite ironic given the UK is famed for gray skies and months of mizzle. But we also lurrrve SUVs, with 12% more of the things being sold last year than the one before.

Unsurprisingly, it didn’t take very long for some clever clogs somewhere in Volkswagen (probably in the marketing department) to take this information and come up with an idea. I imagine the boardroom conversation went something like this: “Y’know the T-Roc? It’s our fourth best-selling car. And those silly Brits love convertibles. They also love small crossover SUVs. So...let’s scalp that son of a gun and give the borough of Elmbridge what it thinks it wants!”

Giving an SUV a lockdown haircut isn’t new. Back in 2010, someone at Nissan had the same idea. The result was the first ever crossover convertible, the Murano CrossCabriolet. But there were a few problems to overcome. First, the Murano CC was absolutely gopping. Second, it was pretty pointless. So, it got swept under the carpet and has been ridiculed in ‘Top five stupidest cars ever!’ clickbait web features since.

But then, in 2015, another clever clogs—this time at Land Rover—thought they’d have a crack at a fabric-roofed mini-Rangie. Admittedly, the Evoque convertible was done with more resolve and style, but it was phased out of production. As with all fashion trends, unfortunately, we’ve gone full circle and now have the T-Roc Cab. So, for the sake of journalistic enquiry, I wanted to see exactly how far this silly SUV has strayed from the mission statement of an actual SUV. I thought I’d do an experiment (if you could call it that) and tag onto the back of an off-roaders’ day out.

Now, the T-Roc Cab is a droptop version of a taller, 4x4-y version of a Golf. It’s a niche, wrapped in a niche, inside a niche. The SUVs that I’ve come to play with are not. They’re from the serious end of the spectrum: winches, window stickers displaying their allegiance to 4x4 groups, a cocktail of oil and earth under their lug nuts. As you can imagine, a poncy Londoner rocking up—roof down, natch—in a T-Roc to gatecrash their day has gone down like a spoonful of ipecac.

“Look who it is! Safari Barbie!” one shouts. At this point, I want to clap back and find out why such a car makes these hard-core mud pluggers so puce-faced. After all, Land Rovers have been ‘convertible’ since 1948 and the Series One. But due to something called ‘intimidation’ (plus the fact that I’ve rocked up in cream chinos and trendy white pumps), I just keep quiet and talk to them about something they do love: their cars.

There’s a whole array of amazing slab-sided, jacked-up monsters to get my head around. Mainly Land Rovers and Land Cruisers, but also a crap-splattered bull-barred Jeep Cherokee fueled by nothing more than the owner’s enthusiasm. Each car looks like it could easily traverse fault lines and crawl down canyons—especially a rather scary-looking Discovery 2. That’s got 37-inch Trepador mud tires, has 35cm clearance from its three locking diffs (all wearing menacing yellow protective scrum caps), an on-board tire pressurization system, yaw and lean angle dials like a Cessna, and someone who’s at their happiest sleeping on peat bog behind the wheel. The T-Roc, meanwhile, is front-wheel-drive, has a transverse 148hp 1.5-liter four-cylinder attached to a dual-clutch gearbox, no off-road modes, and a driver with minimal experience and a face full of sunburn.

Bets taken on how quickly the T-Roc will get stuck, we head to the hills. Literally. Chasing the chugging diesels around while embracing a full panoramic open-air experience means my lungs swiftly fill with the acrid carcinogenic clouds billowing out of their exhausts. But the T-Roc tottles along with surprising ease and comfort. Worryingly, the only protection it has from the elements is a smattering of aluminum gusset coverings to try to shield the important oily bits. And, given the sound of some rather unpleasant graunching, they appear to work—as the sump isn’t sacrificed in the first four feet of our expedition.

Our first obstacle is a set of terrifying teeter-totters designed to wring a chassis out like a flannel. With hilarious articulation, the cavalcade cruises through, no problem. Not wanting to be left behind, I follow, and the T-Roc instantly offers its front right wheel to the sky, then seesaws the other way, offering the back left. At this point, the windshields of many cars with a Z-fold roof would crack from the torsional torture. But thanks to a stiffer windscreen frame, plus additional structural bracing in the underbody, side panels, cross members, and doors, the T-Roc stays remarkably solid. However, this strengthening corset comes at a cost: weight.

The cabriolet is 190kg heavier than a regular T-Roc with the same powertrain. And lugging 1,540kg up steep ascents with 148hp and two-wheel drive is a chore...as I find out by slipping backwards down a slope in a mass of single-wheel tire smoke. “Momentum is key,” I’m told. So, on the second attempt, I get the heft going in the direction I want and keep it pinned.

Amazingly, the completely road-biased tires dig in and the diddy VW starts to scramble up things I never thought possible. Volkswagen’s XDS electronic differential has a lot to do with it. It simulates a limited-slip differential, with the computers chewing through the surface data to brake a slipping wheel, forcing drive to the other side.

What the T-Roc definitely wasn’t designed for is wading. But, being peer-pressured by the enthusiasts belly-flopping their cars into a swamp, I have a go, anyway. And somehow, it makes it across...even though the air intake is exactly where it is on a Golf: mounted low, just above the number plate. Unfortunately, the same result isn’t had by the enthusiastic Cherokee, which snorts bog water up its schnoz and dies. At this point, I crack out a metropolitan Maki lunch. Just to rub it in their faces.

We spend the rest of the day messing around in a primordial playground (a quarry), and as the T-Roc scampers around with water sloshing around its chassis rails, I can’t stop laughing. I think...I’m having...fun. The T-Roc is called upon as a land anchor to winch a stranded Defender out. Not wanting to get my shoes wet, this gives me time to sober up from the adrenaline and have a think.

Even though it has done all right today, the T-Roc Cabriolet shouldn’t exist. It doesn’t need to. No one needs a convertible crossover—they just need a convertible. In fact, no one really needs a crossover. They need a normal hatchback. Or a wagon. Then there’s the price. As tested, this car costs £41,000 (P2.69 million)—an obscene amount of money, especially when you consider other droptops you can get for that kind of dough. But credulous consumers will buy them. Mainly, the people who live in the borough of Elmbridge, Surrey. But, if anything, at least they now know it’ll go a bit further off-road than the village fete. 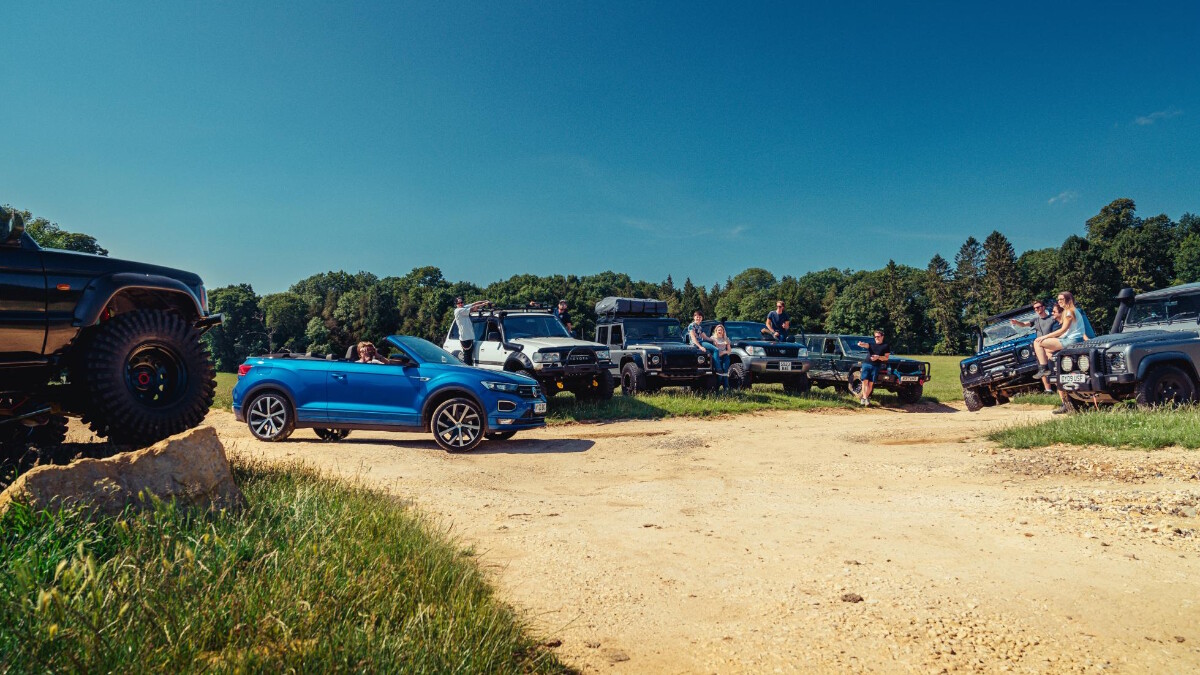 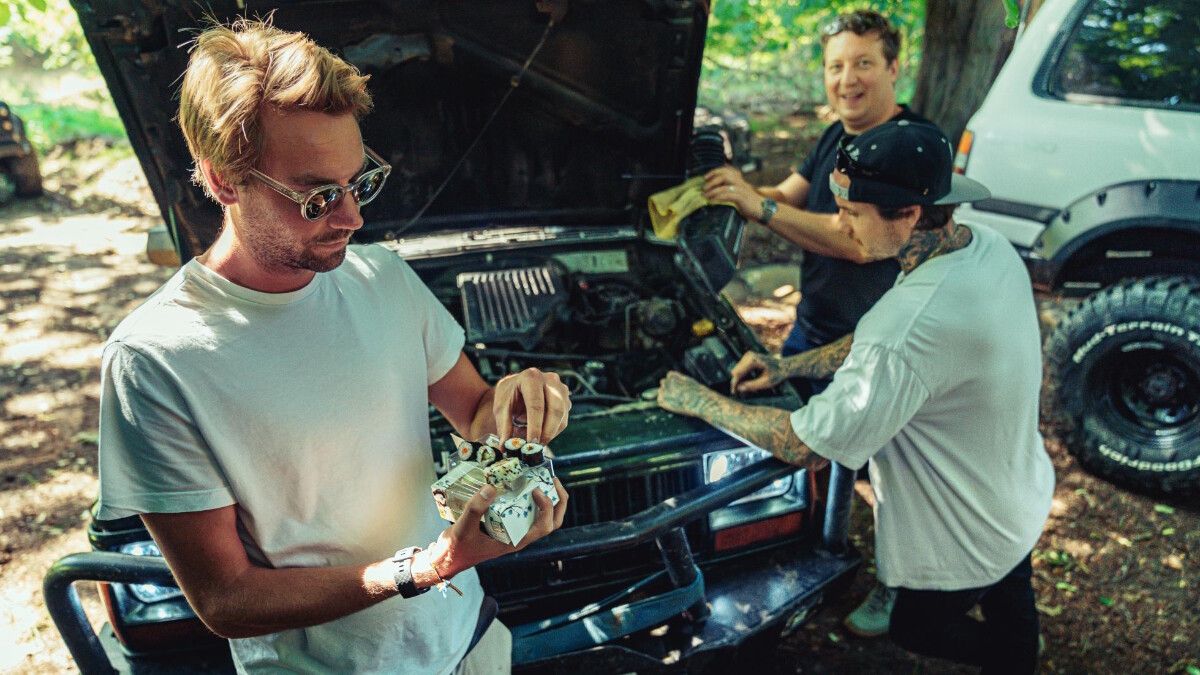 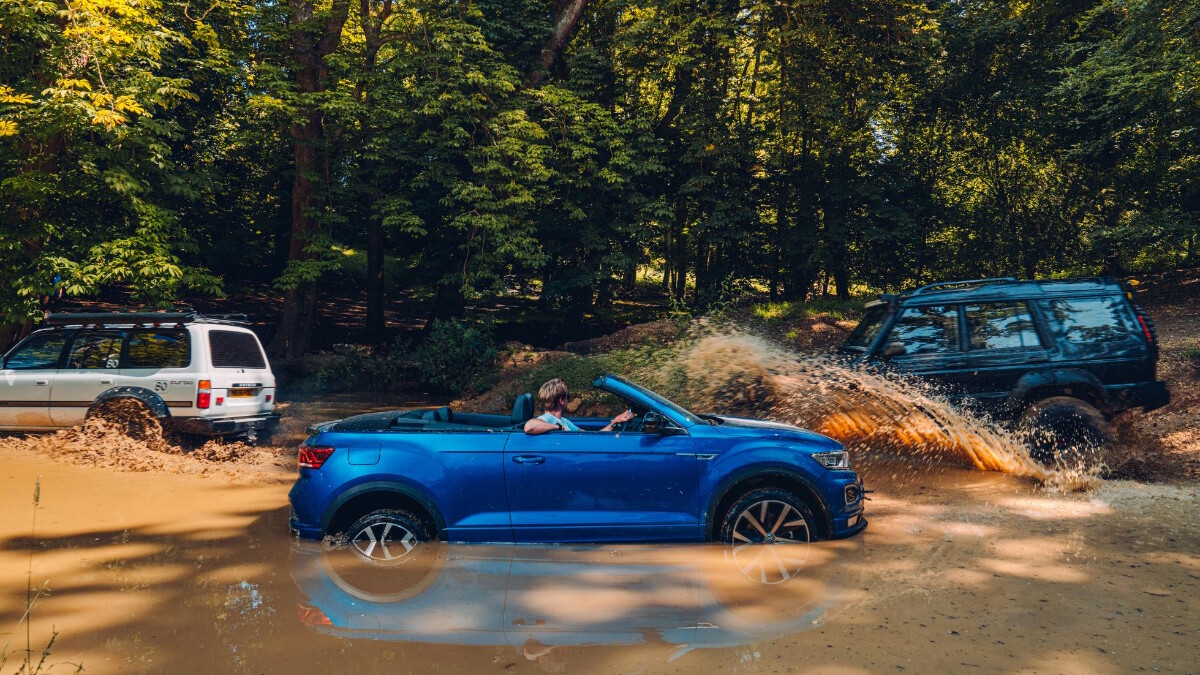 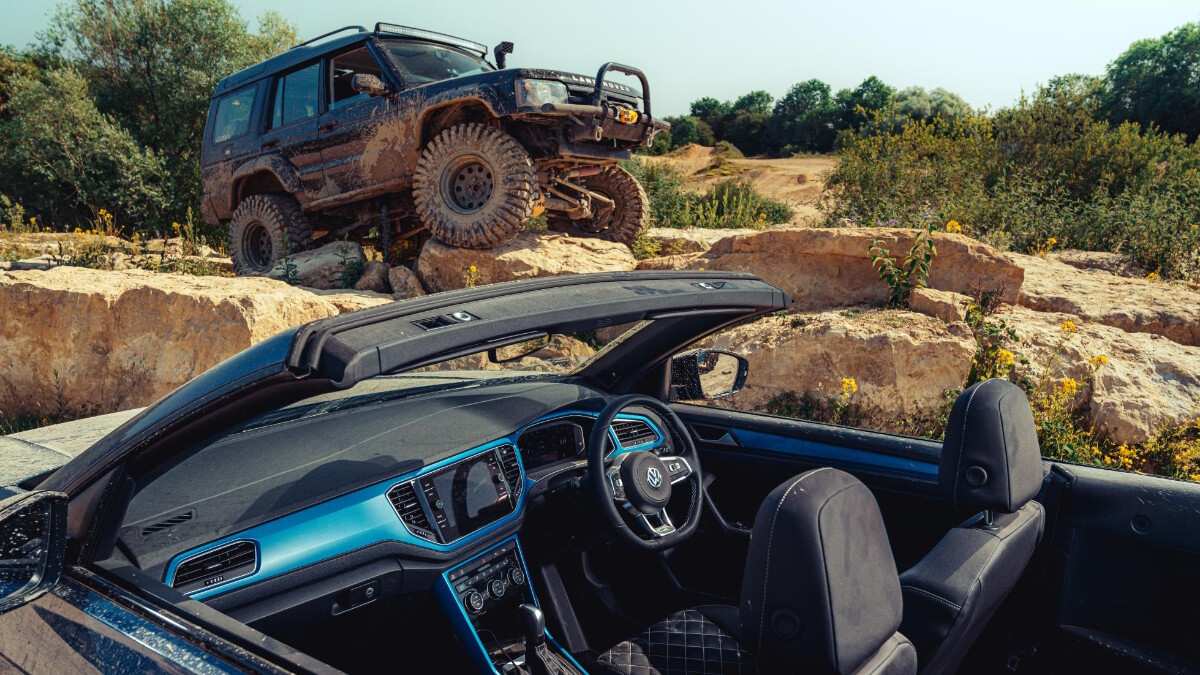 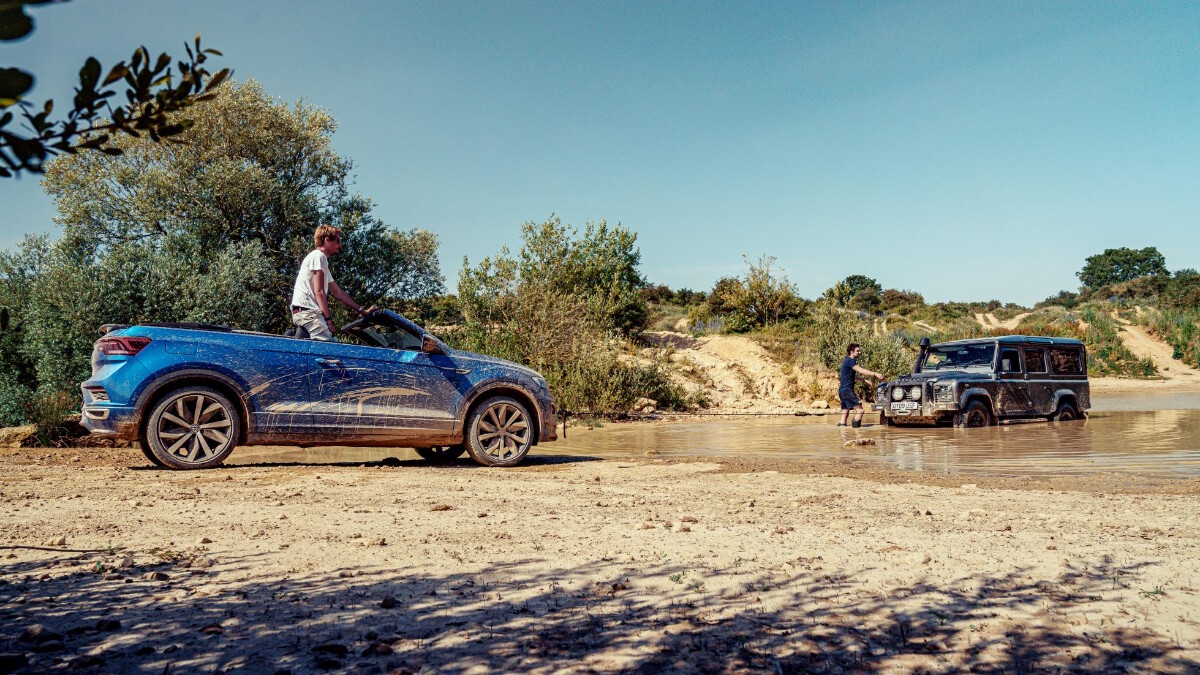 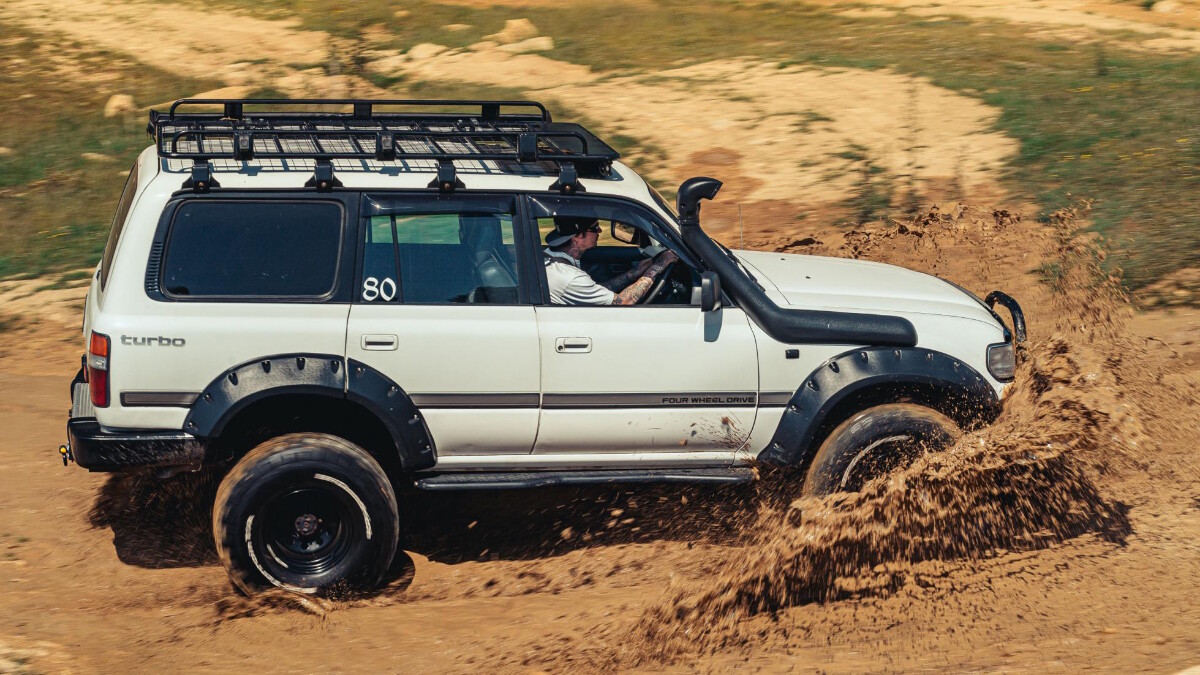 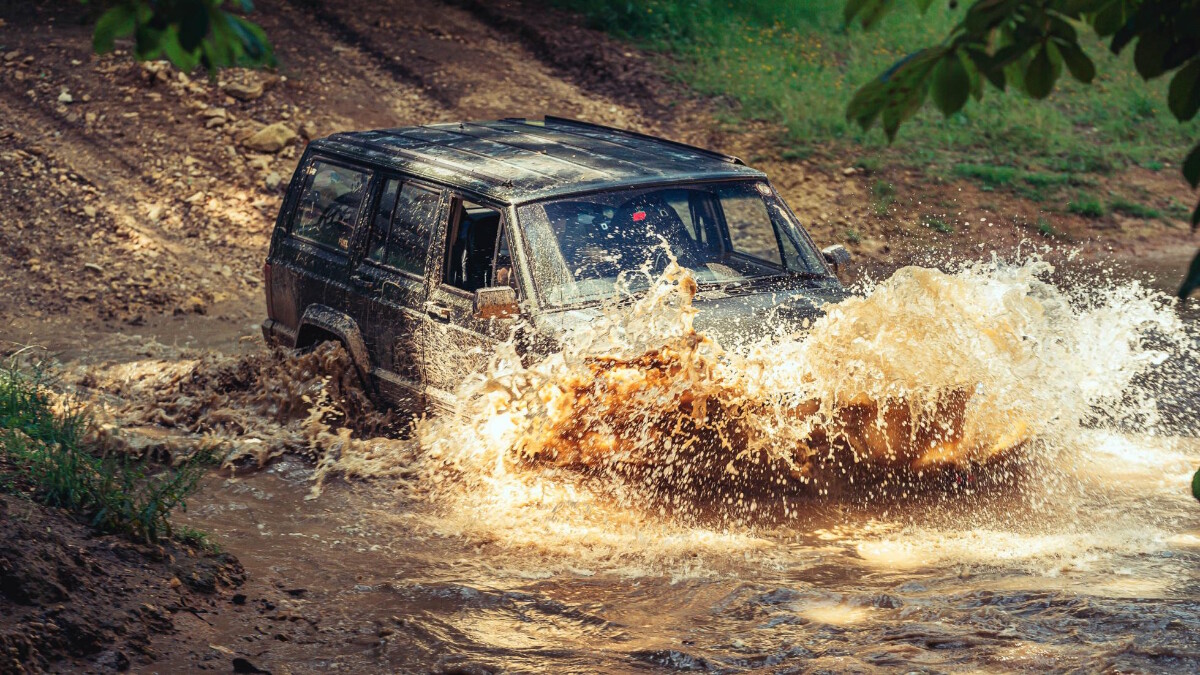 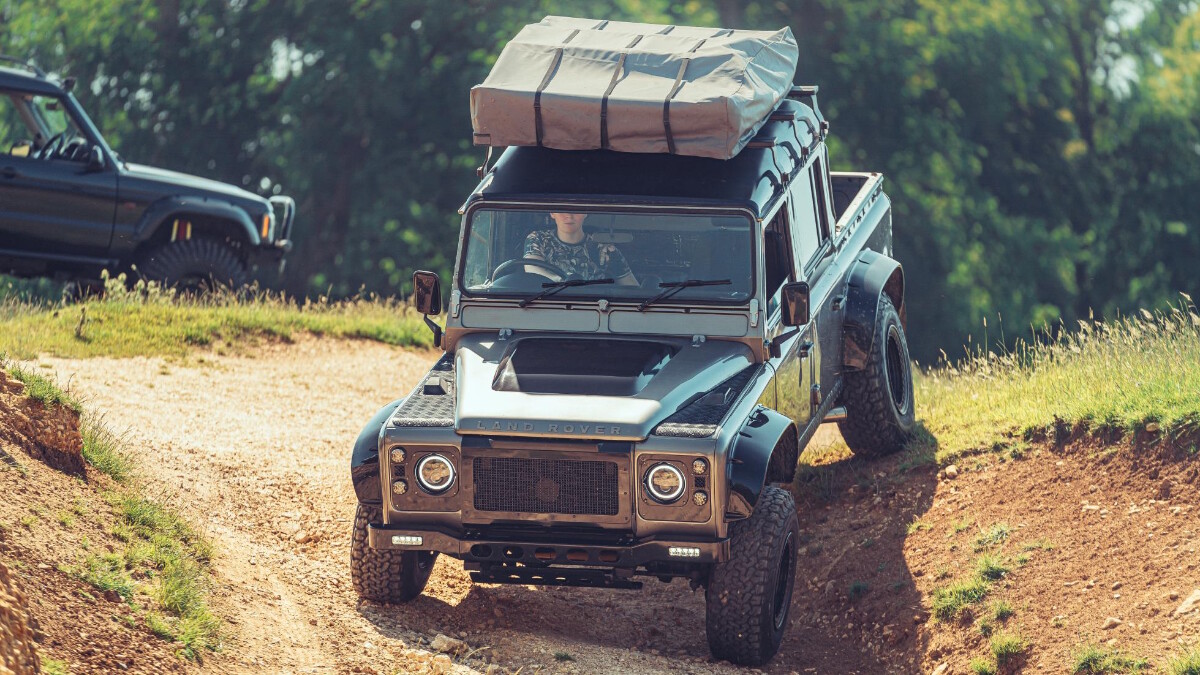 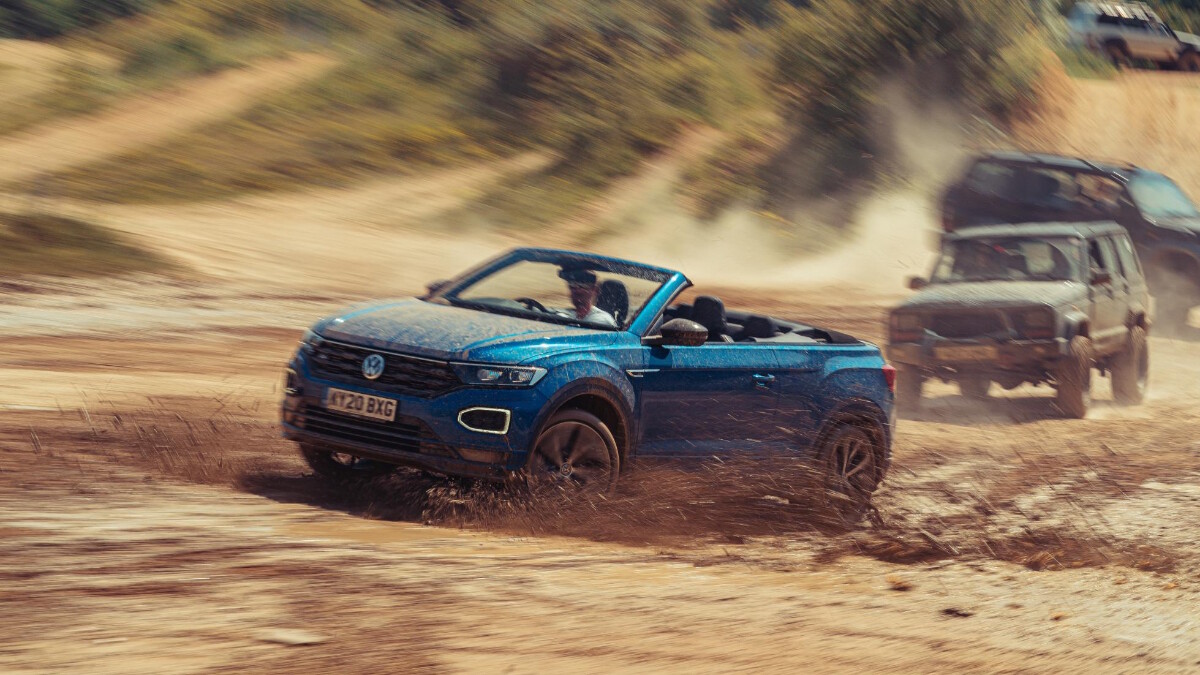 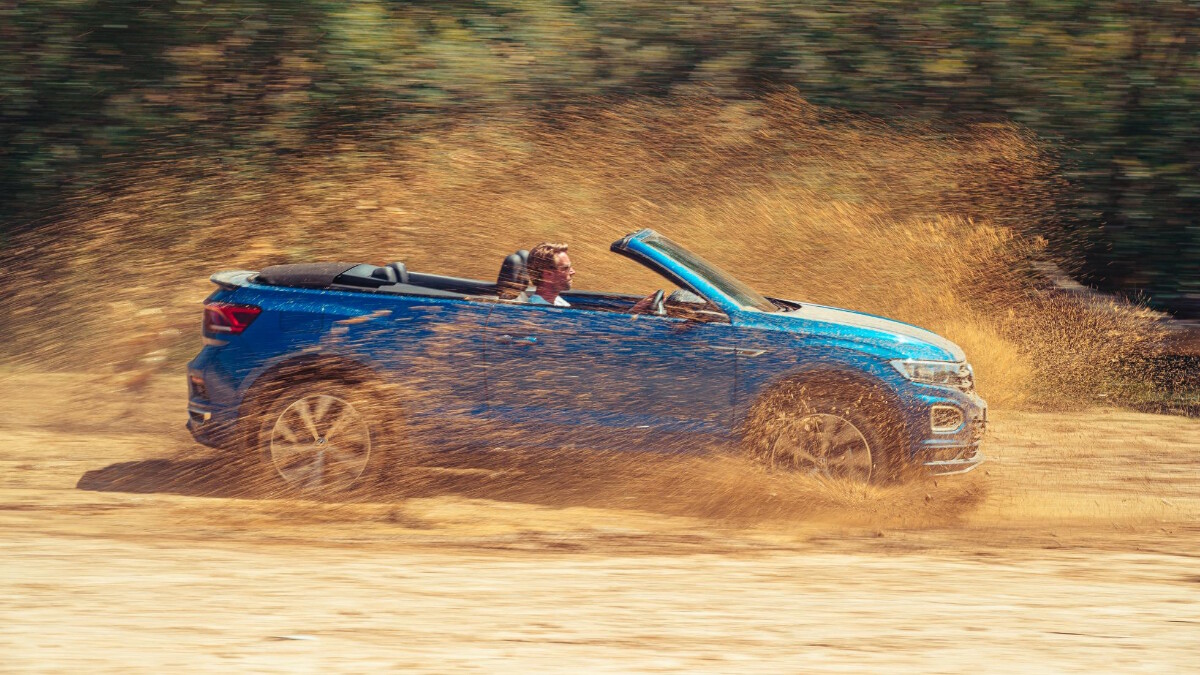 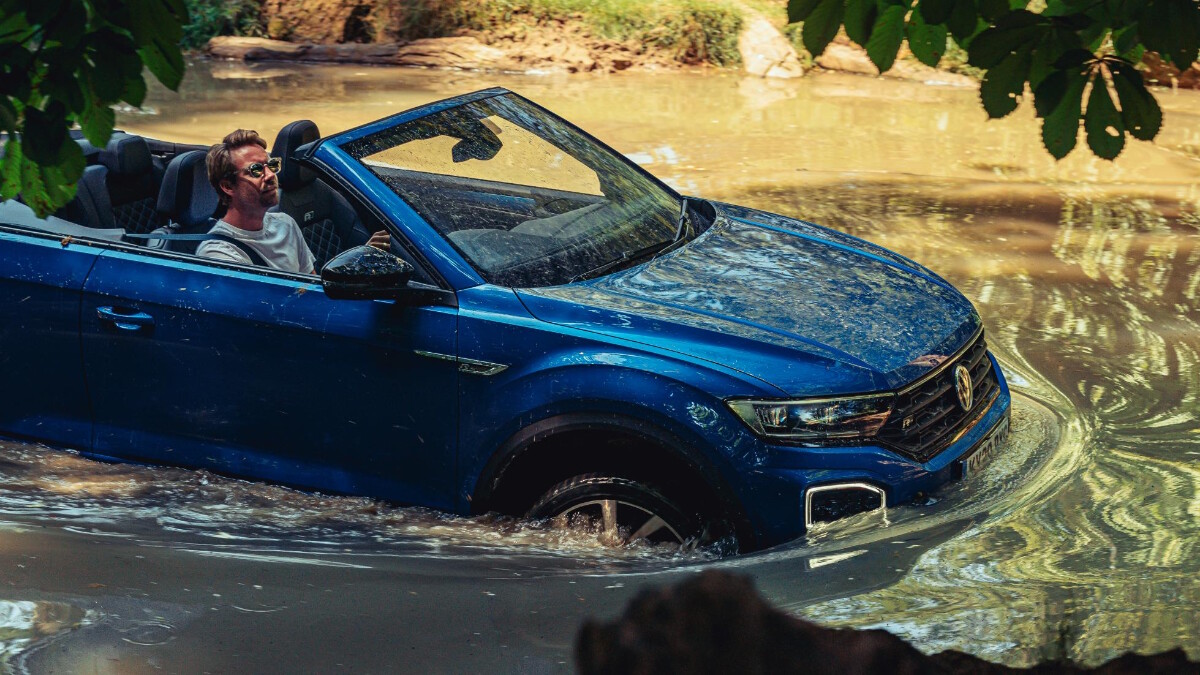 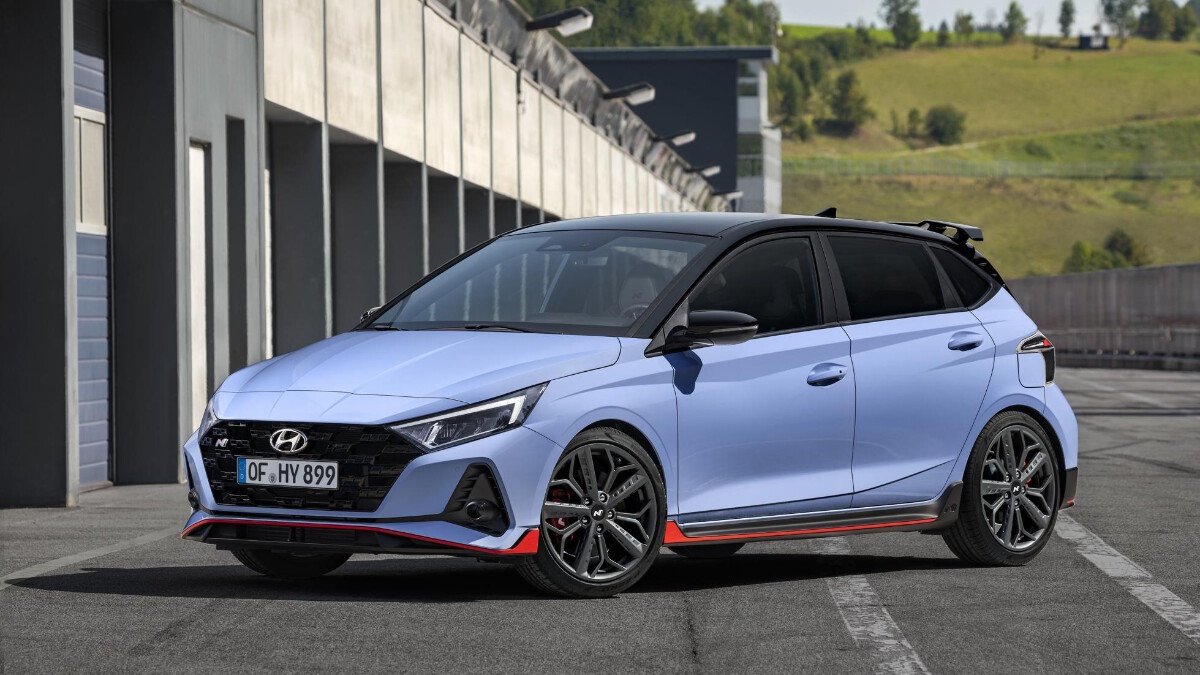 Gallery: 2021’s Most exciting and controversial new cars, part one
View other articles about:
Read the Story →
This article originally appeared on Topgear.com. Minor edits have been made by the TopGear.com.ph editors.
Share:
Retake this Poll
Quiz Results
Share:
Take this Quiz Again
TGP Rating:
/20