What makes Euro 4 diesel engines different from older ones?

There’s been a lot of talk lately about the Philippines’ shift to Euro 4 regulations, which states that all cars sold in the country must have Euro 4-compliant engines. But are these engines actually better than older ones? Here's what upgrading to Euro 4 would mean:

Strictly speaking, Euro 4 refers to European standards which dictate what's acceptable and what isn't in terms of vehicle emissions. Over the years, allowable emission levels have gotten lower due to better, more environment-friendly advances in engine technology.

The main difference between Euro 4 engines and older diesels is that the former has an improved catalytic converter that is able to filter out atmospheric contaminants such as sulfur and carbon monoxide more effectively. They also have less THC + NOx (Total Hydrocarbon + Nitrogen Oxide) and Nitrogen Particle matter.

Virtually all of the fuel available in the country today is Euro 4-compliant. While older engines can run on the fuel just fine, Euro 4 engines are built to maximize their usage. Not only are emissions cleaner, but the mileage improves as well.

Because Euro 4 engines are much better at filtering out harmful substances, they're also likely to last longer than older models. Having fewer contaminants in the engine, after all, reduces the risk of damage.

Since they are, in general, improvements upon older models, many Euro 4 engines in the market today perform better. This can have a profound effect not only on the durability of your engine, but also on its speed, reliability, and fuel efficiency.

One such engine can be found in the Isuzu mu-X LS-A AT Bluepower, which was recently recognized as the 2017 CAGI Car of the Year - Best Mid-Sized SUV 4x2. Its Euro 4-compliant Bluepower diesel engine is an upgrade over Isuzu’s previous models, boasting improved durability, better fuel economy, lower emissions, and maximum engine output. 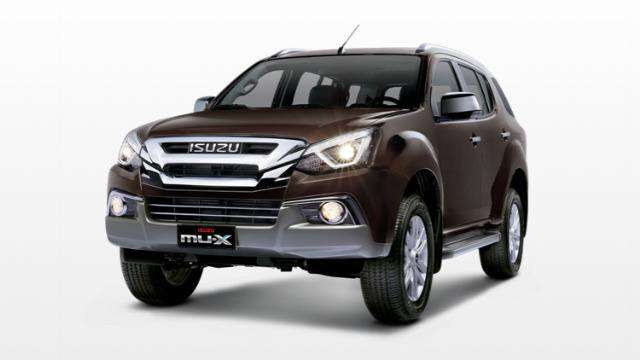 Isuzu Philippines Corporation has reached another milestone for having 30,086 total of units sold in 2017, and on the said year it has 263,470  accumulated sales in total.

This article is created by Summit Storylabs in partnership with Isuzu Philippines.
Shop the items in this story!
More From Isuzu Philippines
Read the Story →
Share:
Retake this Poll
Quiz Results
Share:
Take this Quiz Again
TGP Rating:
/20