Why the Mazda 3 is Car of the Year

Let us enumerate the reasons
by Patrick Everett Tadeo | Dec 31, 2014
CAR BRANDS IN THIS ARTICLE 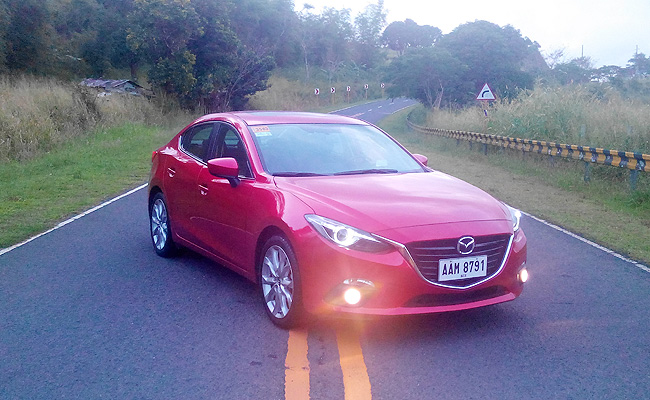 The year 2014 was a good year for new-car owners, specifically for those interested in the compact-car market. The Honda Civic was upgraded, for one thing, but more important, the segment received three all-new models: the Toyota Corolla Altis, the Nissan Sylphy and the Mazda 3. Of these four cars, however, the Mazda 3 stood out.

Mazda’s biggest party trick in its current lineup is its range of Skyactiv technologies. It's not just about the technological wizardry involved under the sheet metal--like the i-eLoop and i-Stop systems which the top-spec 2.0-liter R variants get--but the significant changes done to the chassis, the suspension and the engine that trickle down to the 1.5-liter V variants.

Mazda's Kodo design language simply works, as the 3 looks like a scaled-down 6. The front MacPherson struts and the rear multilink beam suspensions also make quick work of most curves and corners. Believe it or not, on a downhill drive through the Marilaque Highway in Tanay, the 3 managed to stay close to a Toyota 86 until the latter found a long straight stretch to make use of its 40+hp advantage.

Yet, despite being driven all over the metro through countless Christmas traffic jams, we still managed to eke out 10km/L out of the Skyactiv-G mill. We put down around 280km on the trip meter from the time we picked up the test unit until we returned it to Mazda local distributor Berjaya Auto Philippines, and the fuel gauge said the car still had one-fourth tank of gas left in it. The most telling example of just how fuel-efficient the 3’s i-Stop and i-eLoop systems are is this: With the audio and air-conditioning systems on, the hybrid Honda Insight's stop/start system would only keep the engine off for seven seconds in traffic; in the 3, the equivalent is 25 seconds, and it probably would have been longer had the traffic jam we were in not moved.

The Mazda 3's interior also stands out among its contemporaries because of its simplicity, with the black leather seats and the faux-carbon-fiber trim providing just enough drama. A three-dial climate control layout, a head-up display, a seven-inch LCD screen, and a multifunction commander dominate the cabin. You'll be hard-pressed to find the CD player since it’s practically hidden at the bottom of the center stack of the dashboard. But who uses CD players nowadays? Thankfully, the 3 has two USB ports for your gadgets and flash drives, and an SD card slot located right beside them.

That the Mazda 3 is very much a driver's car is also evident in its operation. Place your right arm on the armrest and you’ll find that transitioning from the gearshift to the multifunction commander below it only requires moving your wrist up and down. Furthermore, operating the multifunction commander quickly becomes intuitive since your fingers readily fall on the buttons needed to navigate through the menus.

The six-speed Skyactiv-Drive transmission also works well enough to be left alone, although the steering wheel-mounted paddle shifters are a godsend for spirited driving through the countryside. Also, while a camera for reverse would have been welcome, the parking sensors should be enough to let you know if there are any obstacles behind you. And then there's the organ-type accelerator pedal that follows the natural movement of the foot, and helps reduce driver fatigue.

The 3 is not a perfect car, of course. We can point out a couple of problems about it--the backseat's legroom is a bit tight, the horn sounds like it came from a bicycle-riding pandesal vendor, the thick A-pillars are, well, thick--but the overall package works so well that it's easy to disregard said niggles.

As it stands, no other model in this segment can match what the made-in-Japan Mazda 3 offers. The 3 proves you don't necessarily have to sacrifice good looks and driving dynamics at the altar of fuel efficiency. 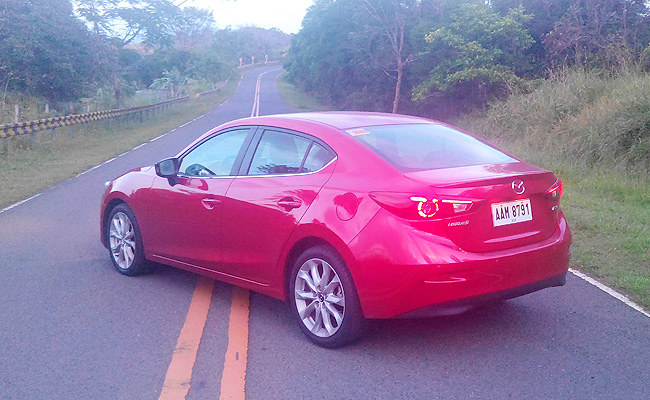 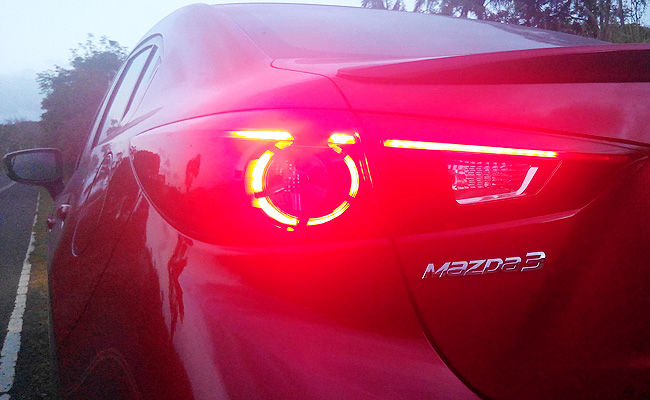 How to safely drive up to Baguio
View other articles about:
Read the Story →
This article originally appeared on Topgear.com. Minor edits have been made by the TopGear.com.ph editors.
Share:
Retake this Poll
Quiz Results
Share:
Take this Quiz Again
TGP Rating:
/20