How come some motorists still don’t have RFIDs installed?

Some of our readers share their reasons
by Leandre Grecia | Jul 15, 2021

It’s been nearly a year since the Department of Transportation (DOTr) initially mandated all tollways to go completely cashless. As we all know, everything didn’t exactly go as planned.

Frankly, it’s going to be really hard to backtrack all that’s happened so far. So to give you the TL;DR, tollways still haven’t gone 100% cashless and there are still cash lanes open along all major expressways. Also, there’s no longer a ‘deadline’ set by the DOTr or the Toll Regulatory Board, so cash lanes will be here to stay for at least a bit longer.

However, we believe this still shouldn’t be an excuse not to get an RFID—be it Autosweep or Easytrip—especially for those who use the tollways often. These RFIDs, for all their flaws, still ensure faster trips (relatively) and, more often than not, allow contactless transactions on toll roads.

What’s the reason behind this, then? Why on Earth would anyone want to waste valuable time just lining up at those cash lanes? To sate our curiosity, we asked you, our readers, to find out some possible answers.

To no surprise, the most common answer is because “I don’t use the tollways that often.” You can read on to see what other people have to say about this.

“This is more to do with accessibility, information, and financial capacity. I’ve been using the tag for over a decade and it’s very beneficial for people like me on the go and who always travel. We need to inform the people why they need to take time off to have this installed? Maybe focus on the EIC instead of presenting something only a few people will appreciate.” – May-i Guia Padilla

“I rarely use the expressways. Had RFID installed more than a year ago and never had a chance to use it. That’s my money being unproductive. If I don’t use the load for a certain period, will it expire? If I have leftover load (let’s say less than P100) and I won’t be using the RFID anymore, can I get a refund? Motorists should have the freedom to select the payment mode that they will use.” – Ces Sayson

“I only got my Autosweep and Easytrip RFIDs this year due to a necessary [trip] to the south. Even though I rarely use it, it’s convenient to have it. My only wish though is for them to be interconnected so that we only have to load just one system.” – Ricky Cuenco

“It is not always practical if you use the expressway once or twice in a year. Why? Because you are a visitor from out of the toll areas using your own vehicle. And you want to pay toll in cash one payment at a time.” – Mario Tan

“I want to ask a question for the RFID implementers... Why are there two RFID systems? Why not integrate it into one? It’s really a hassle to load two RFIDs if you come from Pampanga going to Batangas...” – Futomi Nomura

“Because not all of us use the expressways often. I do have an Easytrip RFID but I only pass there once up to three times a year at most. Cash would save us money and will save us the hassle of RFID maintenance. The only reason I availed the sticker is to avoid the long [lines for] cash lanes, and this is just in case I’ll be passing there which most probably won’t be often given the pandemic.” – Julian Nunag

“They have crappy scanners. It is as if they planned all of this to steal money. I'd rather pay cash and queue up than use an RFID. I seldom use the tollway, anyway.” – Raymond Jeffrey L. Sy

“Hard to load and I don’t use it everyday. Plus, the connectivity can be complicated. Should be simple from the get go. Plus, I have multiple vehicles. I don’t get it why I need to load each one individually.” – Carlos Lomotan

“Reloading on Easytrip is such a chore.” – Dennis Crimen

“Waiting for single RFID for both the north and south.” – CëejoyFortades Y Hubilla

“Why do we have to pay for service fee when we need to load our RFID. Tulog na nga ang money sa load if we don’t travel much. Sayang ang service fee if we don’t top up that much also.” – Cynthia Mah Feliciano

“Because I seldom travel southbound using expressways... Besides, McArthur Highway is more fun for sightseeing... It’s everyone’s choice if they use expressways...” – Edmund William De Peralta

We’re not so sure about those last few, though. As for other readers, they instead chose to give suggestions so toll operators can improve the system, and some of them are actually pretty sensible. We’ve placed a couple of them here below.

“If they are going to take away the cash lanes, sana they sell one-time-use toll fees in 7-11 or something. Or maybe buy from their website as a QR code, even through Lazada or Shopee, or even Globe and Smart. I use the expressway like once, maximum thrice a year, doesn’t make sense to get an RFID for something to be used that sparingly.” – Gilbert Serrano

“Installation of RFIDs should be implemented on all toll gates to avoid inconvenience...” – ChAw Dii

What about the rest of you lot, why haven’t you gotten your cars Autosweep and Easytrip RFIDs yet? Tell us more in the comments. 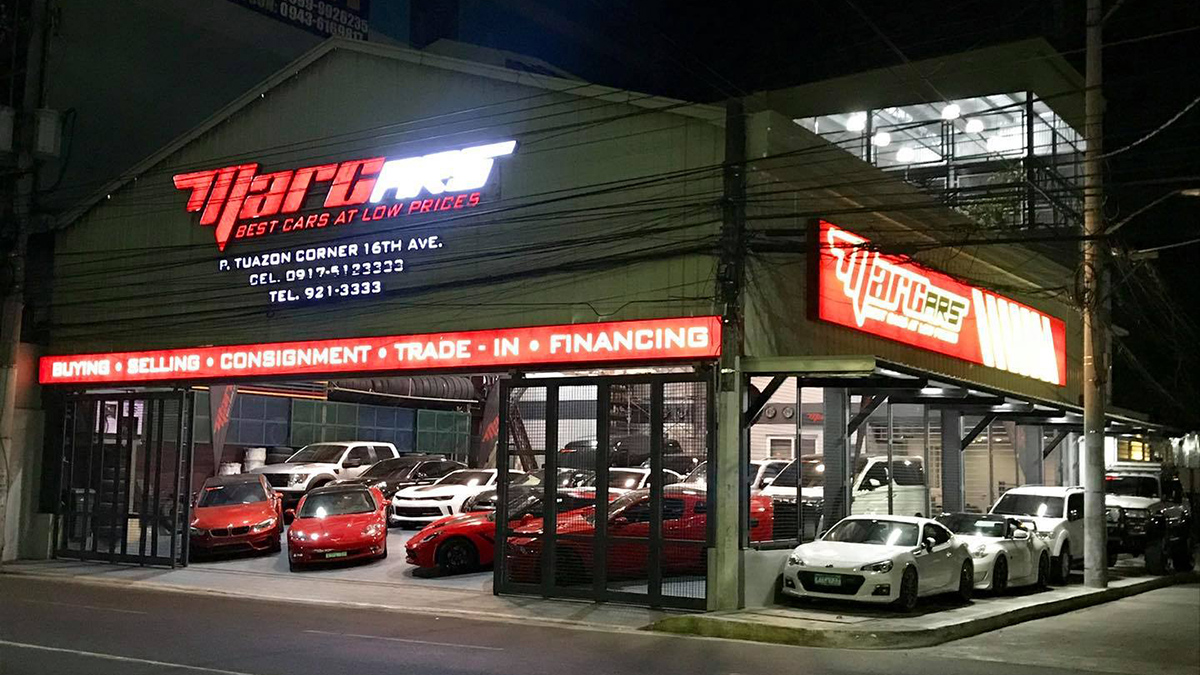 How one used car dealer stayed alive during the pandemic
View other articles about:
Read the Story →
This article originally appeared on Topgear.com. Minor edits have been made by the TopGear.com.ph editors.
Share:
Retake this Poll
Quiz Results
Share:
Take this Quiz Again
TGP Rating:
/20