So you may have seen Freddie and Chris playing with some rather large off-road toys in Iceland in Top Gear TV’s series 27 finale, but outside of motorsport, there’s a wide world of specialist all-terrain vehicles. It gets a bit confusing as manufacturers blur the lines and start calling ‘their’ versions something subtly different, but we think that the acronym TTGOBAC (Things That Go Off-road But Aren’t Cars) is hard to remember.

Here are five of our faves... 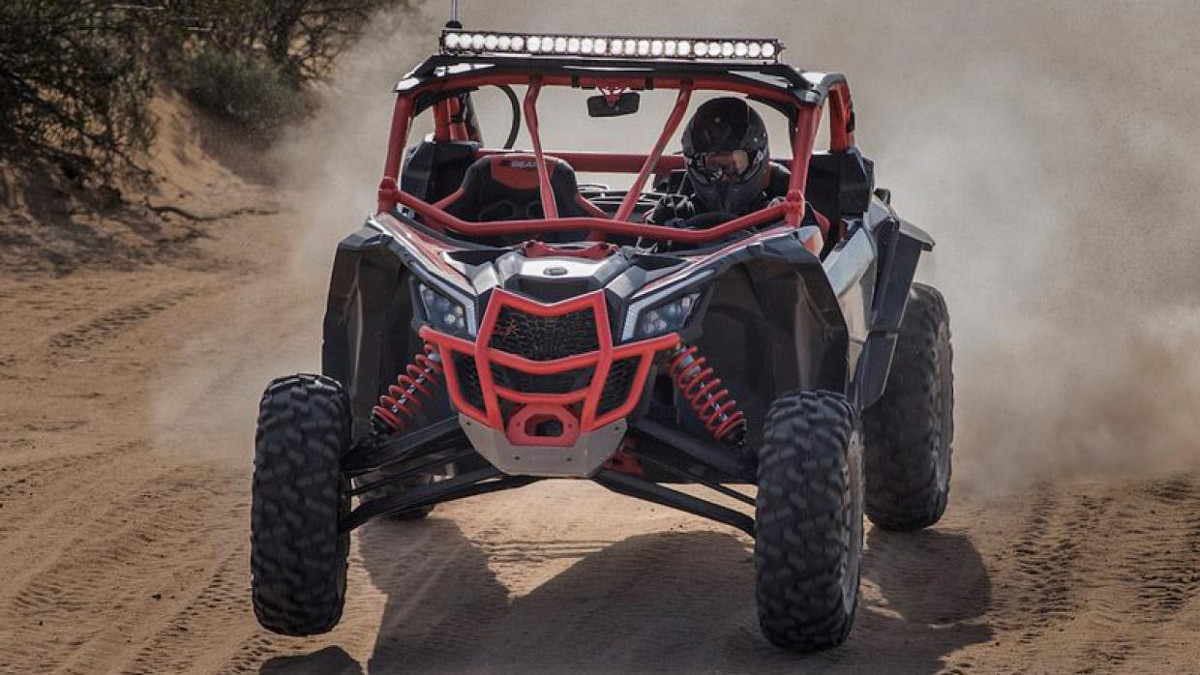 If you want something tough enough to act like a two-thirds-scale Trophy truck, and you have cash to spare and a big-enough garden or access to a desert, you can’t do better than a Can-Am Maverick X3. From the basic 900 HO (n/a 90hp Rotax, 18 inches of suspension travel front and back, and a QRS CVT) with side-by-side two-person configuration, to the X RS Turbo R (Turbo 172hp Rotax, 24 inches of travel, diff-locks, CVT, and Fox Racing suspension), there’s something for pretty much everyone. And there are four-person variants for those of us who have friends they need to terrify. 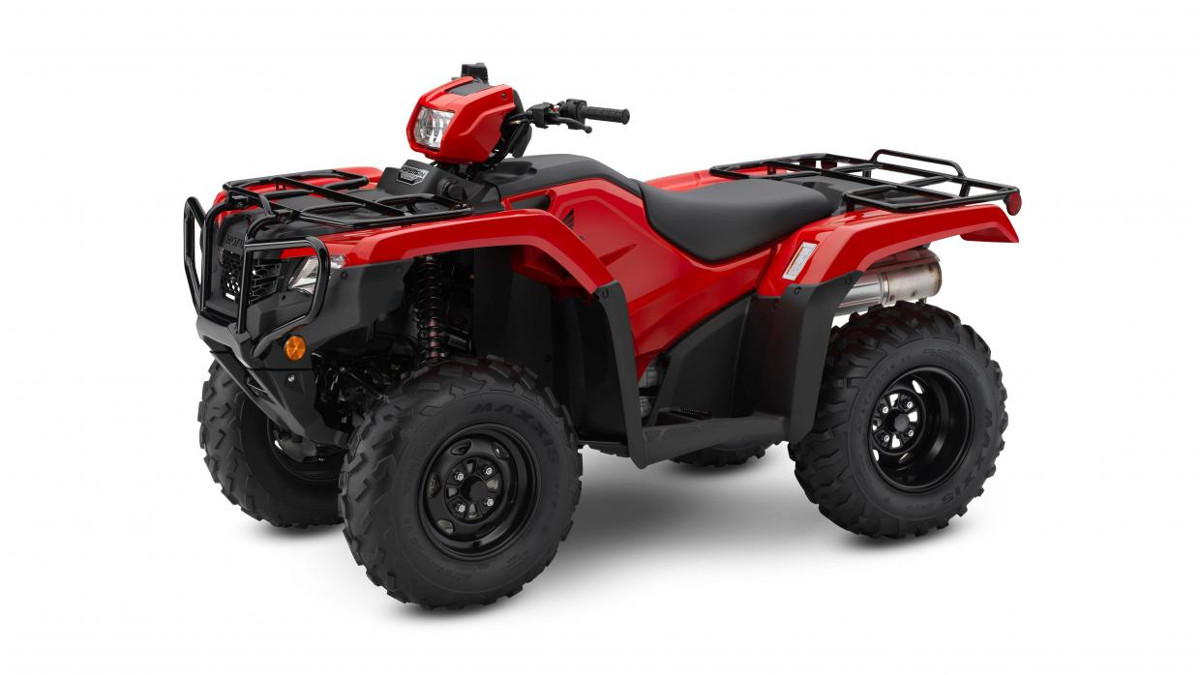 Traditional ATV-ness in the shape of Honda’s bulletproof TRX500 Foreman. A small, rugged quad, the Foreman is a 475cc four-pot with high and low ratios, an auto transmission with manual selection, and plenty of versatility. Basically, it’s the kind of thing that acts like a tiny tractor on a farm (it can tow 600kg), for smaller workhorse jobs. No, it might not have the flash and speed of something like the Can-Am, but for farmers, foresters, gamekeepers, and the like, it’s one of those faithful companions that become a proper useful tool. 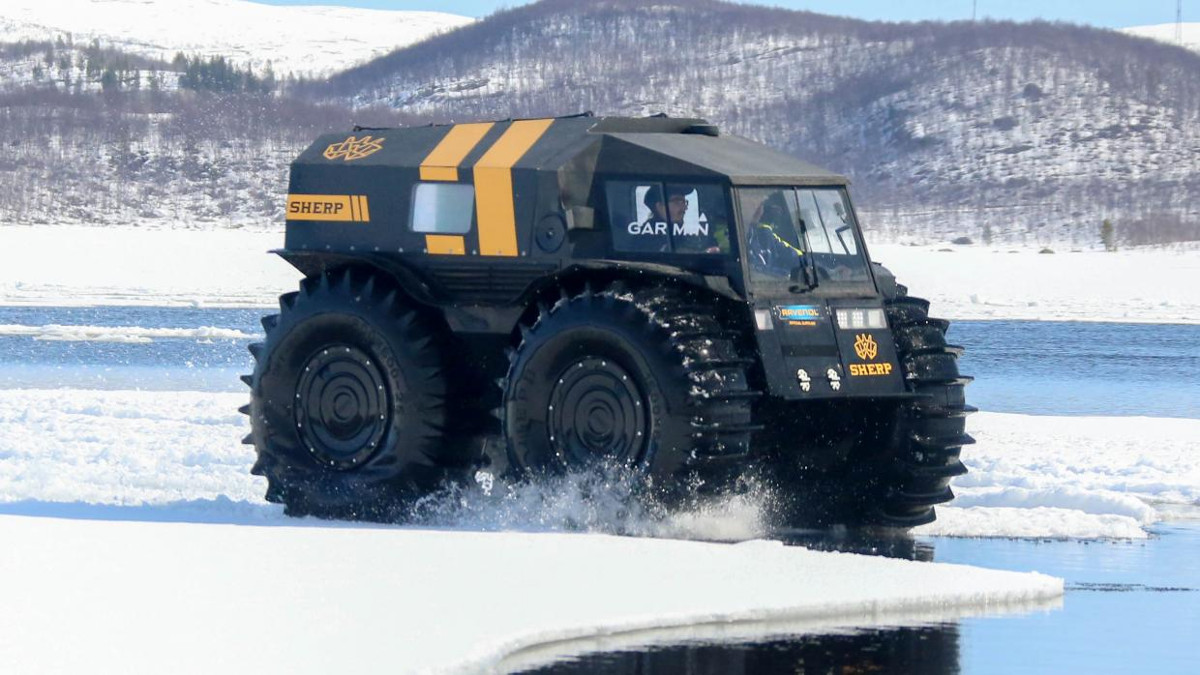 The Sherp is a Russian-built, go-anywhere, amphibious ATV that’s a lot smaller than it looks. Ok, so only 44hp from a prosaic Kubota V1505-t four-cylinder snowmobile engine might not sound like much, but the top speed of 45kph can be achieved on pretty much any surface, from pack ice to mud, and the thing floats, so you can also wander through rivers and lakes at a walking pace 6kph. The tires act as paddles on water, and the vehicle uses a rudimentary-but-rugged skid-steer system like a tiny tank. Own-length donuts, anyone? The best bit is that the Sherp’s huge 63/23-25 tires operate at super-low pressures, meaning that wherever it goes, it treads lightly, leaving little or no tire-track damage. 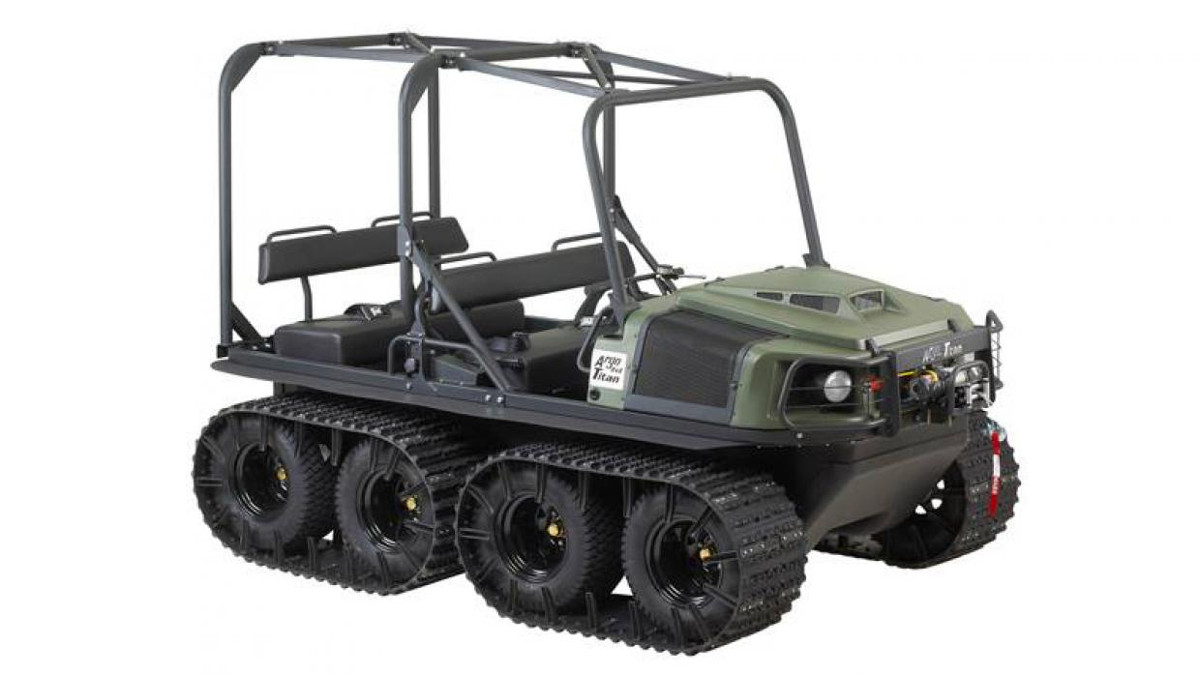 It’s a tiny tank, and we love it. In fact, the Argo XTi 8x8 is a quad-tracked amphibious ATV that can literally go anywhere—you name a surface and the XTi has you covered. Purportedly for ‘industrial users requiring a durable, robust extreme-terrain tracked vehicle to transport people, equipment and supplies,’ the XTi comes with a 750cc V-twin Kohler engine, handlebar steering (simple stuff), and a weird-but-reliable ‘Admiral’ steering transmission. It can carry 590kg on land and 450kg on water, and has a top speed of 27kph and 8kph on either (and anything in between), respectively. No, it’s not designed as a thrill machine, but for those people who absolutely have to get to places where an off-roader just can’t, this is the kind of thing you need: super-simple, reliable, rugged. 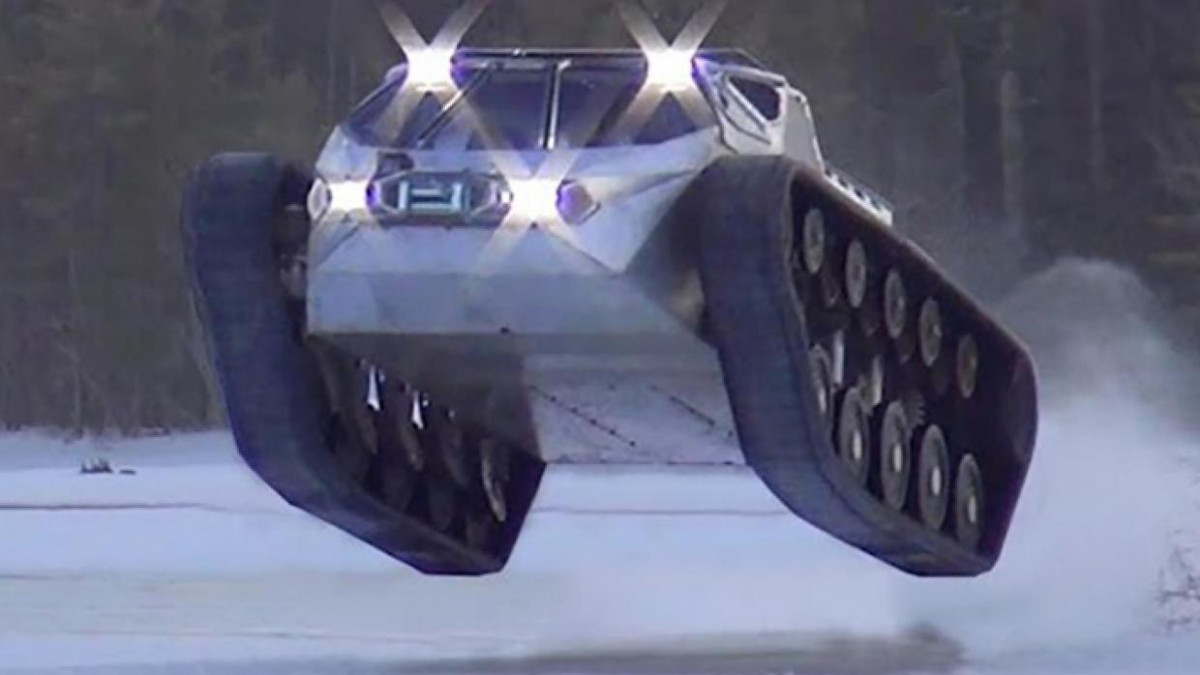 Now, for something really silly: an actual tank. Which means it doesn’t get much more ATV than this. In fact, Howe and Howe’s Ripsaw EV (‘Extreme Vehicle’ rather than electric) is a ‘luxury’ lightweight tank, and the fastest tracked vehicle ever developed. It’s available to buy in limited production, and can cost upward of half a million dollars, depending on spec. And yep, you can configure one pretty much however you want, from the EV3F1 single-seater to the EV3F4 four-person.

Ripsaws come with petrol engines ranging from 500hp to 1,500hp, diesels from 500hp to 1,000hp, and gearing to around 97kph. But that’s 97kph up, over and across pretty much anything. And it’s comfy, too—even the cockpit has its own air suspension system on top of the vehicle’s own 16 inches of suspension travel. Tracks? Not just for trains. 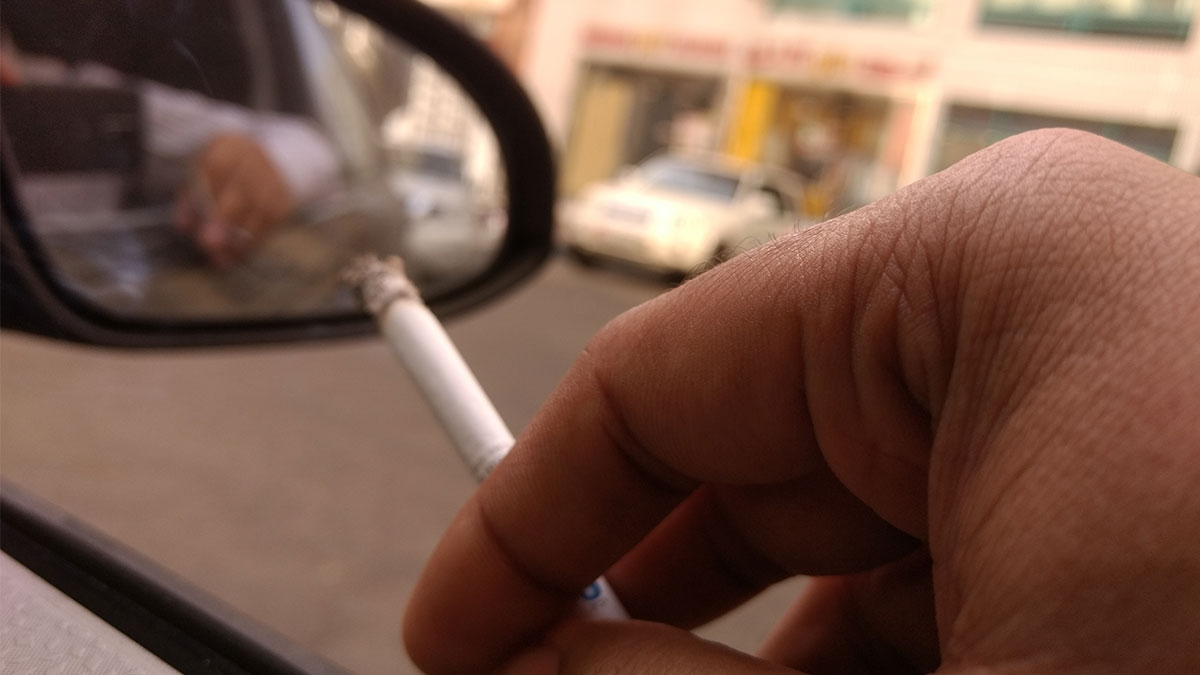 A simple step-by-step guide to ridding your car of smoke stench
View other articles about:
Read the Story →
This article originally appeared on Topgear.com. Minor edits have been made by the TopGear.com.ph editors.
Share:
Retake this Poll
Quiz Results
Share:
Take this Quiz Again
TGP Rating:
/20