Will Pinoy motorists ever get used to electric cars?

They’re coming, so best be prepared
Jan 20, 2020
ADVERTISEMENT FEATURE BY Nissan
What is an Advertisement Feature?
Follow Nissan on
Website:
https://web.facebook.com/NissanPhilippinesInc/

We can all agree that the Philippines has a long way to go when it comes to adopting electric vehicles (EVs). For all the good they can do, EVs aren't as prevalent as they should be, and there's a lot we still need to learn about them.

It's not that there haven't been any efforts to that end—we've seen one-off hybrid introductions and numerous pop-up charging stations in the past. But despite these efforts, EVs have been missing a strong push, especially to a broader swath of the population.

That being said, Nissan is looking to change things in 2020, with the introduction of the Nissan Leaf. 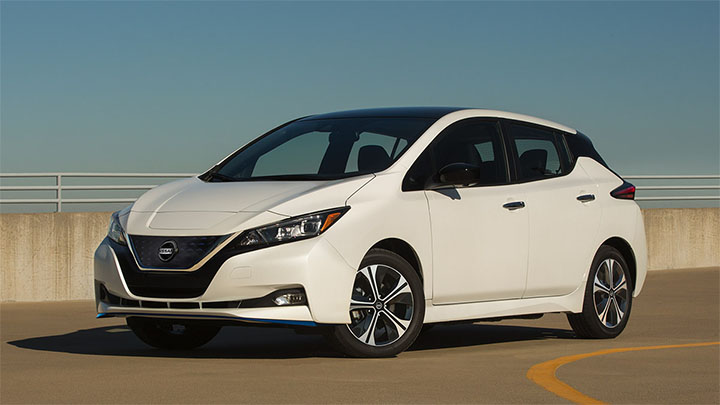 The Leaf is not a new nameplate. The previous-generation Leaf first hit the market in 2010, and at the time, it was one of the only mass-market entries in the EV race. Today, the latest Nissan Leaf is popular all around the world, having sold 400,000 units worldwide. And now, following its 2019 launch in Thailand, Malaysia, and Singapore, the new Nissan Leaf will arrive in the Philippines later this year.

Here's why you should consider the Leaf, and why it's a likely turning point for Filipinos and our adoption of electric vehicles:

Range
It has the range—that is, the distance it can run on a single charge—to make it the first truly practical mass market EV. The first-generation Leaf had 160km of range, and for this new one, Nissan practically doubled that. On a full charge, the 2020 Leaf is capable of 311km, based on official homologation by Nissan Thailand. That's the distance from Manila to San Fernando, La Union. So shorter trips—like the 53km drive from Manila to Calamba, Laguna—are no problem. And daily commutes in Metro Manila traffic—which averages 13km—are a breeze for the new Leaf.

Charging
When the Leaf does run low on power, don't fret because there are plenty of options for topping it up. You can easily plug it into a standard 220v wall socket, as if it were a smartphone. This takes only 12 to 15 hours, which is pretty decent when you consider that you get more than 300km of range overnight. The next option would be installing a home charger, which connects to your main power line at home and can charge the Leaf in a brisk five to seven hours. Lastly, there is the option for a quick charge from a commercial EV charging station, which takes only 40 to 60 minutes—enough time for coffee and merienda. As of now, there are only 23 charging stations in the country, but that's likely to change as more manufacturers follow Nissan's lead, and as Filipinos get used to owning and driving electric vehicles.

Electric Advantage
The Nissan Leaf is fully powered by electricity, which means it has instant torque from its high-power electric motor. There is no spooling up, as in a gas engine, so power is instantaneous, which means zippy acceleration and overtaking. And because it's electric, the Leaf is completely silent in drive and produces no emissions. For everything there is to love about this car, let's not forget the real reason to drive it: Electric vehicles are easier on the environment, and can go a long way toward preserving the world as we know it. 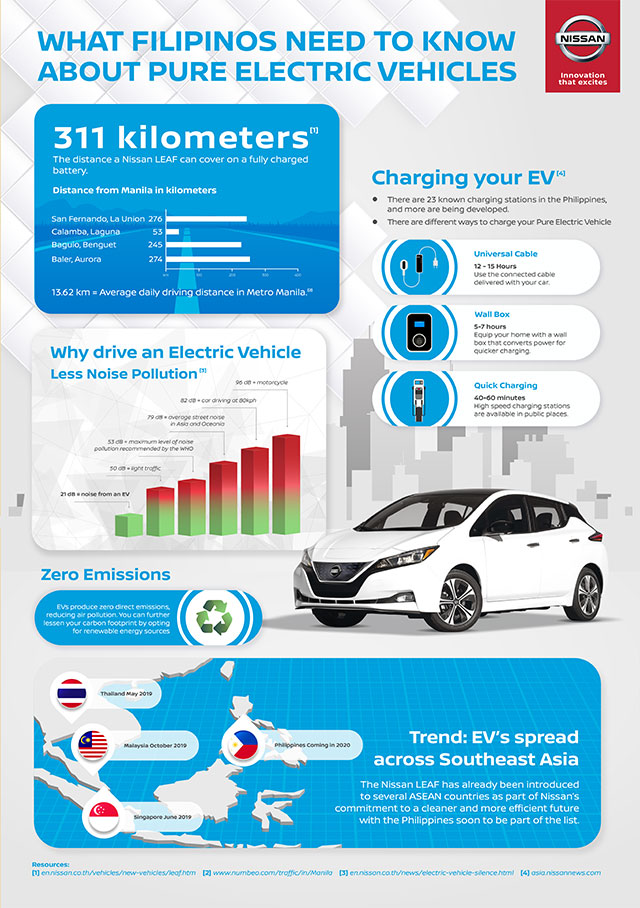 Only time will tell when we Filipinos will finally become accustomed to electric vehicles on our roads, but the imminent launch of the Nissan Leaf is a big step forward in the right direction.

This article is created by Summit Storylabs in partnership with Nissan.
Shop the items in this story!
Read the Story →
Share:
Retake this Poll
Quiz Results
Share:
Take this Quiz Again
TGP Rating:
/20