Check out these photos (ADVERTORIAL)
Nov 10, 2017
ADVERTISEMENT FEATURE BY Shell
What is an Advertisement Feature?
Follow Shell on

Few brands can get a gearhead giddy quite like Ferrari can. Just the mere mention of the Prancing Horse conjures up images of fast cars, racing heritage, and lavish lifestyles.

Although Ferrari was established in 1939, its founder Enzo Ferrari collaborated with Shell as far back as 1924, when he was driving for Alfa Romeo and supplying fuel to the team. When he founded his own company, the trusted partnership continued, and it remains a cornerstone of both companies' success to this day. In fact, Shell's fuels are co-formulated with Ferrari, using 99% of the compounds found in Formula 1 cars.

In honor of its long-standing partnership with the Italian carmaker, Shell is offering you the chance to get your hands on some rare Ferrari die-cast models until November 30. Better hurry up because some of the models that were first released in October were easily sold out. But don't worry, because all the models are available again at Shell stations.

For every P500 single or accumulated purchase of fuels, you can purchase (P199 for V-Power fuels and P249 for FuelSave fuels) the following 1:43 Race and Play Series toys:

250 Testa Rossa Black. This classic race car is a multiple-time winner of the 24 Hours of Le Mans.

250 GTO Red. Another classic, this one consistently ranks among the best Ferraris of all time.

LaFerrari Red. This car's name literally translates to "Ferrari The Ferrari," but don't let that fool you. This is a serious, hybrid-powered performance car.

SF16-H Red. Ferrari's success in Formula 1 is legendary, and this particular car was driven by the likes of world champion Kimi Räikkönen.

For the same amount of fuel, whether it's V-Power or FuelSave, you can get the following for just P800:

Ferrari Hauler Truck. A neat way to store your other Ferrari toys. And you can also play the part of a budding race team. 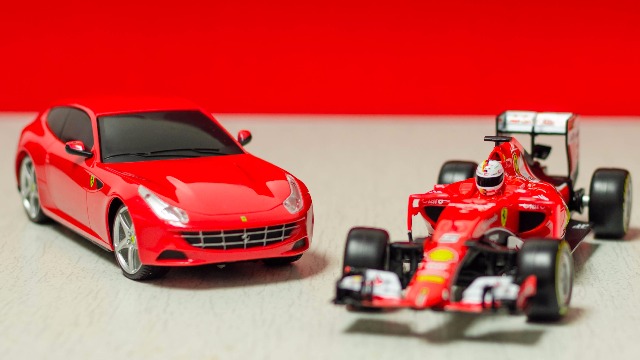 Ferrari 1:24 RC. Prefer to have a bit more (remote) control over your toys? Then you can get either the FF grand tourer or the S15T race car in classic Ferrari rosso corsa. 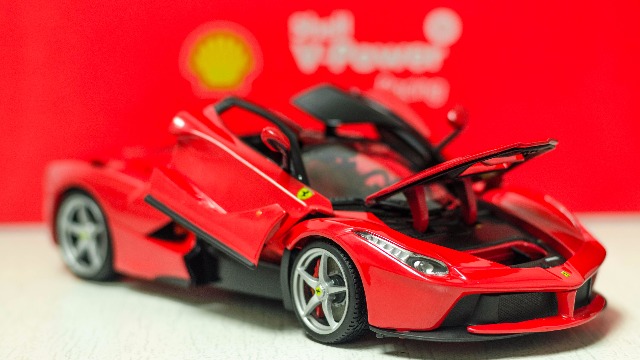 If you want something bigger, the Bburago 1:18 LaFerrari Red Original Series is available for P3,000 with a purchase of Shell V-Power racing fuel.

But there's even more good news. You don't even have to gas up to get your hands on some Ferrari goodies. For a P150 single or accumulated purchase at Shell Select, Deli2Go, or Shell Shop, you can get any of these Ferrari 1:43 Race and Play Series Assembly Kits for P249: 458 Italia Red, Ferrari California (Open Top) Met Grey, and Enzo Yellow.

No matter which toy package you choose, you’re in for a good time, Ferrari style. Also, if you're looking for something to give your gearhead friends and loved ones this Christmas, these scale models will make their holidays merrier. Gas up at your nearest Shell station today to get in on the action.

To know more about Shell's limited-time Ferrari Collection, check out their website.

This article is created by Summit Storylabs in partnership with Shell.
Shop the items in this story!
Read the Story →
Share:
Retake this Poll
Quiz Results
Share:
Take this Quiz Again
TGP Rating:
/20