“Any of this pit-maneuver stuff, J-turns, and high-speed backing—if you’re using any of those skills, you’ve [probably] done something really silly or gotten into a hornet’s nest of trouble all of a sudden,” says Wyatt Knox, chief instructor at the Team O’Neal Rally School. Knox has had lots of experience racing and finishing in events as a one-man crew, often driving to events with just enough gas and money to get there and back home (with his car still running). Here he is demonstrating a few tactical driving techniques for dangerous situations.

Taking a break from her daily-driven SUV, this lady decides to change things up and proceeds to try out her  boyfriend’s 1994 Mazda RX-7. Boasting a 13B rotary engine fitted with a Garrett GT4088 turbo, this car definitely makes you feel every ounce of its 600hp. With the tach’s needle not meeting redline until 9,000rpm, she’s got lots of revs to have fun with. Let’s just hope her boyfriend feels the same way as he grips the passenger-side grab handle for dear life.

The Crown Vic gets some modern design touches

In the United States, the Ford Crown Victoria was—and still is—a national police car icon. For many years, the ‘Crown Vic’ was regarded a big, heavy sedan that could give chase to a lot of vehicles on the road and also be used to apprehend criminals. Given that many states have upgraded to more capable pursuit vehicles like the Dodge Charger and the Ford Explorer, it would be interesting to see how the Crown Vic would compete if it made a comeback as a refreshed, modern sedan. Here’s an artist’s concept of what the model would look like if it were still in production today.

Are you considering lowering springs for your ride?

Some people might think that lowering springs are a ‘cheap way’ out of buying proper coilover suspension. While they are indeed the more affordable option, they aren’t necessarily a bad choice. Some cars just have really good suspension straight from the factory, and at the end of the day, a lot of owners don’t want to sacrifice the ride quality they already have by fitting their cars with aftermarket coilovers that might compromise the setup. Here’s a video explaining why you should consider purchasing lowering springs if you want a lower ride height without sacrificing the ride quality of your current suspension.

A closer look at the Dallara DW12 IndyCar

The IndyCar series features some really fast machines. Here’s a more in-depth look at the Dallara DW12, a twin-turbo V6 IndyCar with 700hp and a top speed of 386kph. Twenty-year-old driver Santino Ferrucci and the Dale Coyne Racing Team take us through the build and bodywork of this amazing car. Check it out. 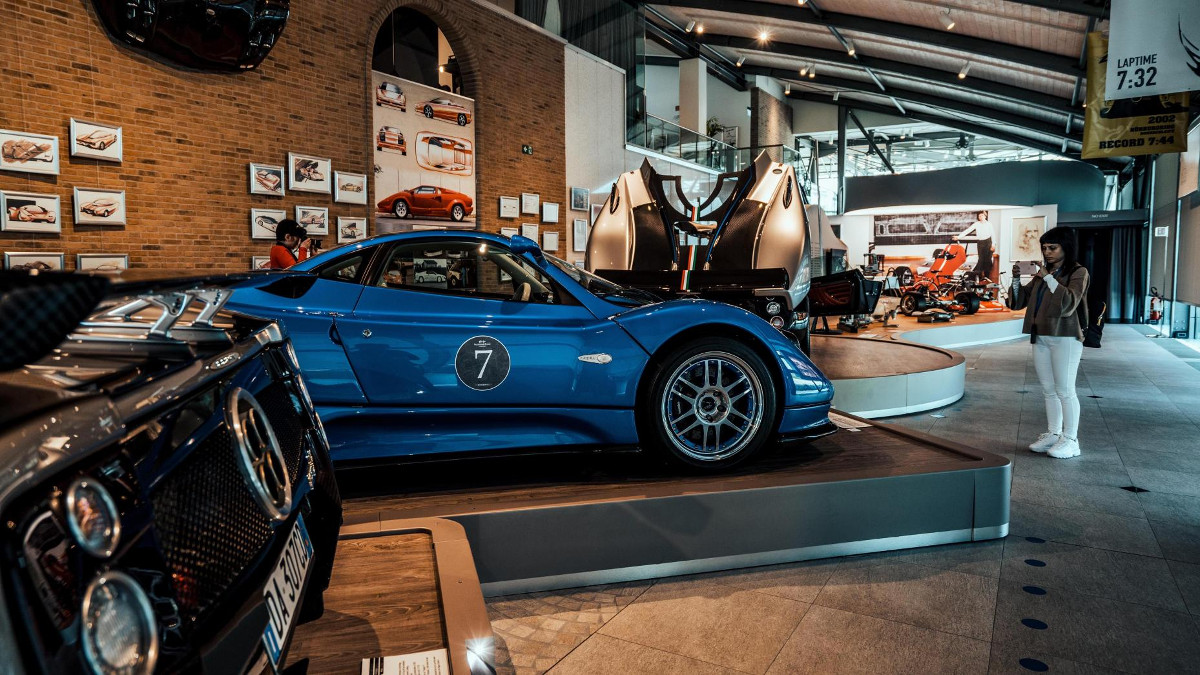 24 Images: A tour of the incredible Pagani museum
View other articles about:
Read the Story →
This article originally appeared on Topgear.com. Minor edits have been made by the TopGear.com.ph editors.
Share:
Retake this Poll
Quiz Results
Share:
Take this Quiz Again
TGP Rating:
/20