The longest between an automotive brand and a watchmaker
by Raymond Figuerres | Mar 9, 2020
CAR BRANDS IN THIS ARTICLE

Bentley and Breitling have simultaneously launched the Continental GTC Mulliner and the Breitling Premier Bentley Mulliner Limited Edition to celebrate their 17-year partnership that officially began in 2003, when the automotive brand commissioned the watchmaker to craft a dashboard clock befitting the luxurious interior of the Continental GT. Their formal association, however, started two years earlier, when Breitling sponsored the Bentley Speed 8 Le Mans race car.

After almost seven decades, Bentley once again entered the 24 Hours of Le Mans in 2001, having won the endurance race four times in a row at the end of the 1920s. The Breitling logo was prominently displayed on the engine cover of the Bentley Speed 8 that won the race in 2003, the same year the Continental GT was launched with the Breitling dashboard clock as standard equipment.

To celebrate the occasion, Breitling made a limited run of the 24 Heures Du Mans, a unique 24-hour chronograph. The Swiss company has since produced a number of special-edition timepieces as part of the Breitling for Bentley lineup. In turn, Bentley showcases Breitling clocks prominently on its vehicles’ consoles. The most notable example is the Mulliner Tourbillon for the Bentley Bentayga: The optional dash tourbillon with a gold case and diamonds on the dial costs as much as the luxury SUV itself! 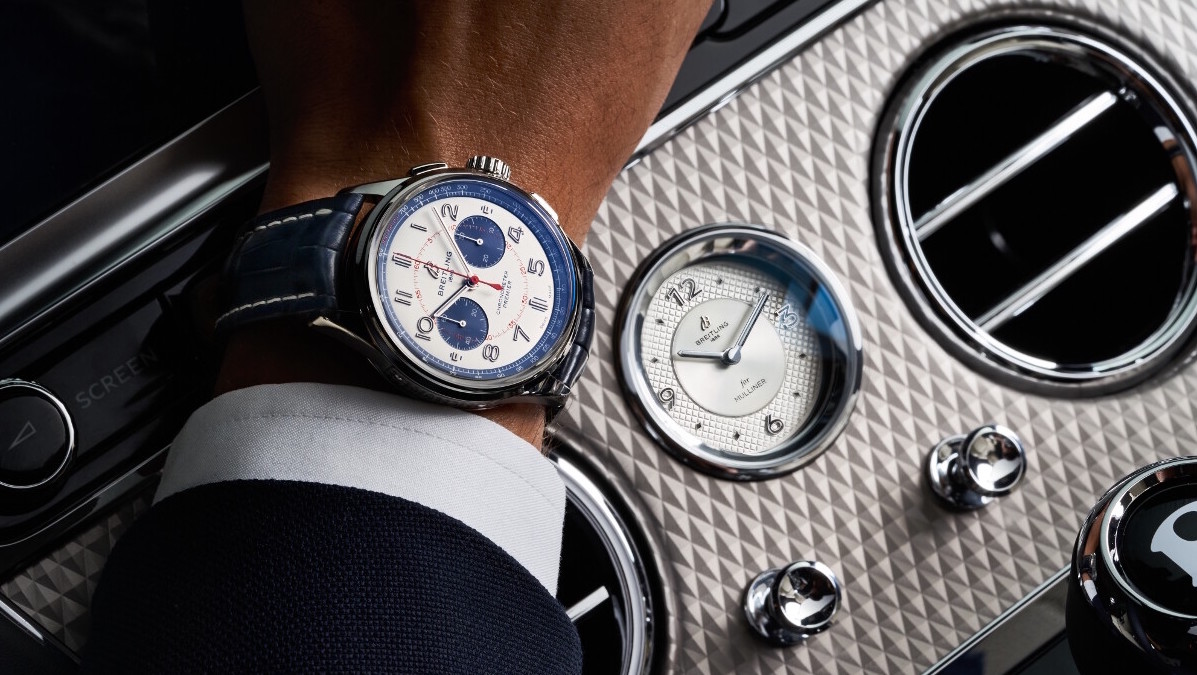 The Premier B01 Chronograph 42 Bentley Mulliner Limited Edition is an exact complement to the elegant GT convertible it is conjointly launched with. The dash clock has the Arabic numeral markers on the three, six, nine, and 12 o’clock positions, while the chronograph’s dial is marked at two, four, five, seven, eight, 10, and 11 o’clock using the same font style.

The dash clock’s dial is finished in a diamond pattern, in theme with the rest of the handcrafted design elements from Bentley’s Mulliner Workshop. The chronograph’s color palette, meanwhile, pays homage to the British carmaker’s royal heritage. The vertically brushed silver dial with blue subdials and tachymeter scale is distinctly accented by the red second hand and the elapsed seconds scale. The lack of a date complication allows for a symmetrical layout, with the subdials horizontally opposed. The red-colored elapsed seconds scale peculiarly tracks over the blue subdials, but because of the contrast in color, both remain legible. 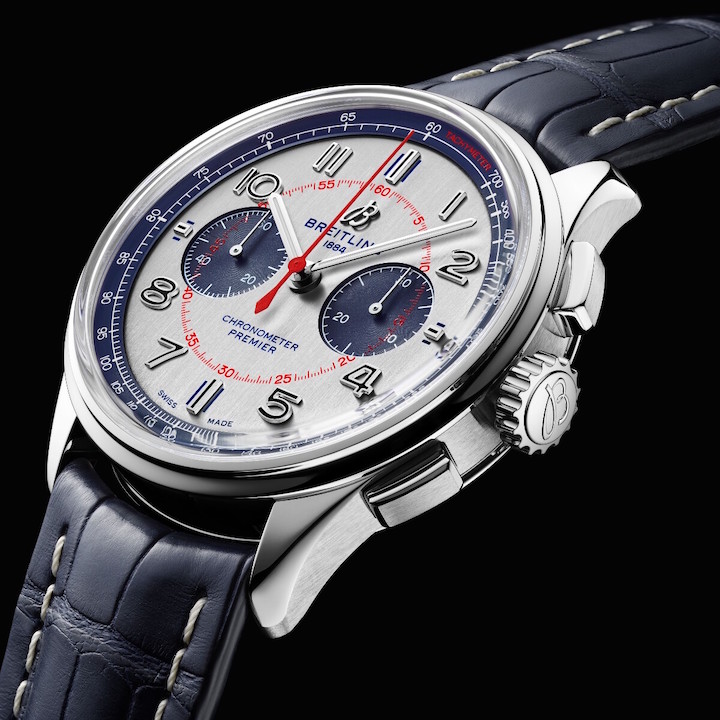 The watch strap comes in Imperial Blue crocodile leather, which is available as an interior color option from the Mulliner Workshop. The leather strap can be cinched with a folded clasp or with a tang and buckle, a no-cost choice.

The non-screw-down crown and chronograph pushers resist water pressure up to a depth of 100 meters with their twin gaskets. The cambered sapphire crystal has anti-glare coating on both sides, making it seem invisible. The sapphire screwed-on caseback displays the B01, a chronometer-certified, in-house movement with a column wheel and vertical clutch chronograph mechanism. On the left side of the 42mm stainless-steel case is a screwed-on Bentley plaque with a machine-turned finish, evoking historic Bentley race-car dashboards.

Inscribed on the caseback border is ‘Mulliner Edition – Breitling – One of 1,000,’ assuring the wearer there are only 999 other watches like his. This timepiece honors the shared history and passion of Bentley, Breitling, and Mulliner: The longest alliance between watchmaker and automotive manufacturer for Bentley and Breitling, and a relationship that dates back to 1923 for Bentley and Mulliner.

The Breitling Premier Bentley Mulliner Limited Edition is now available for $8,650 (around P438,300). Bentley has yet to announce the price for the Continental GT Mulliner Convertible, after its formal launch at the Geneva International Motor Show was canceled. 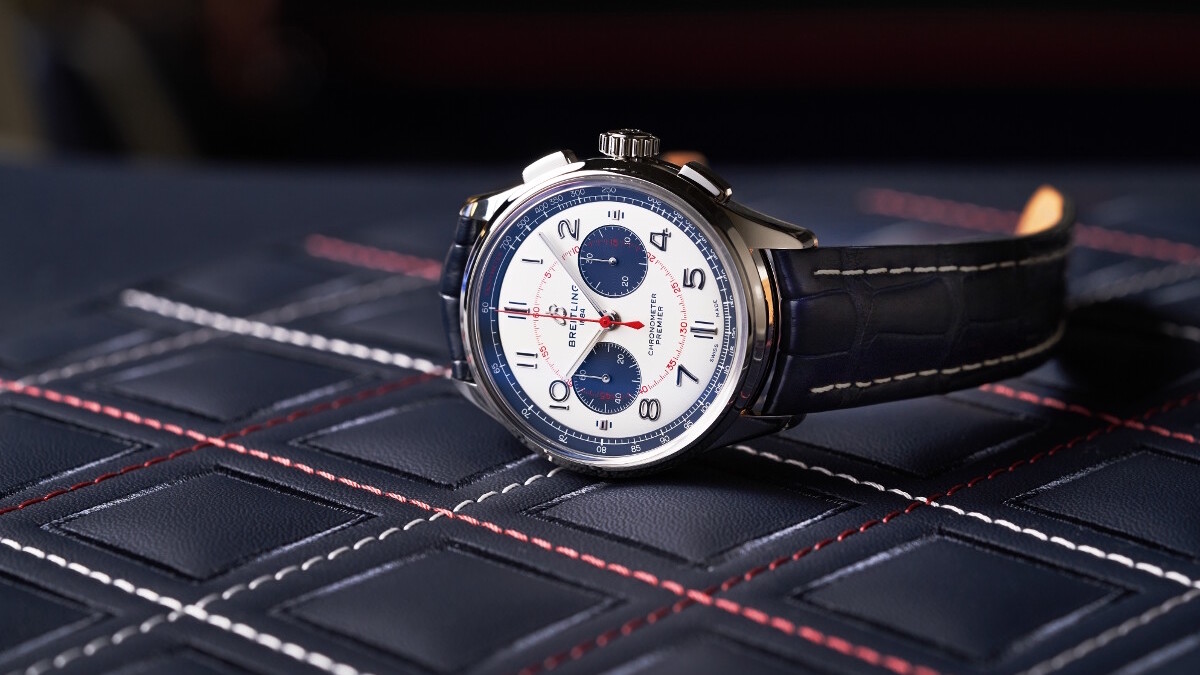 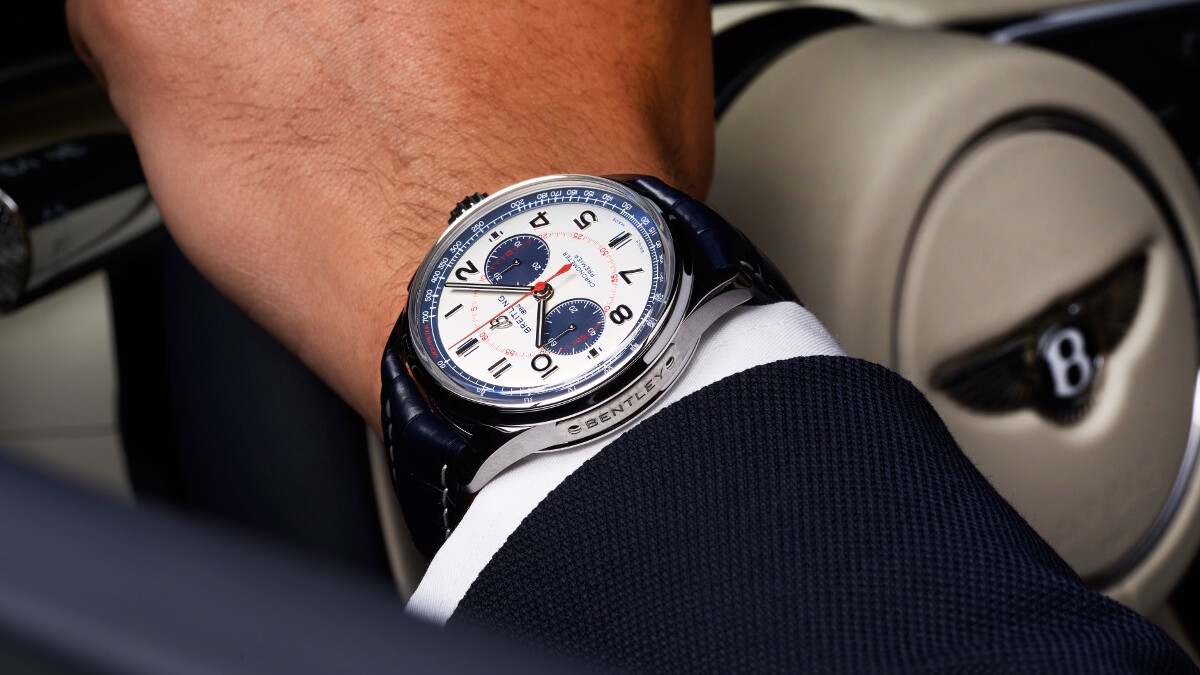 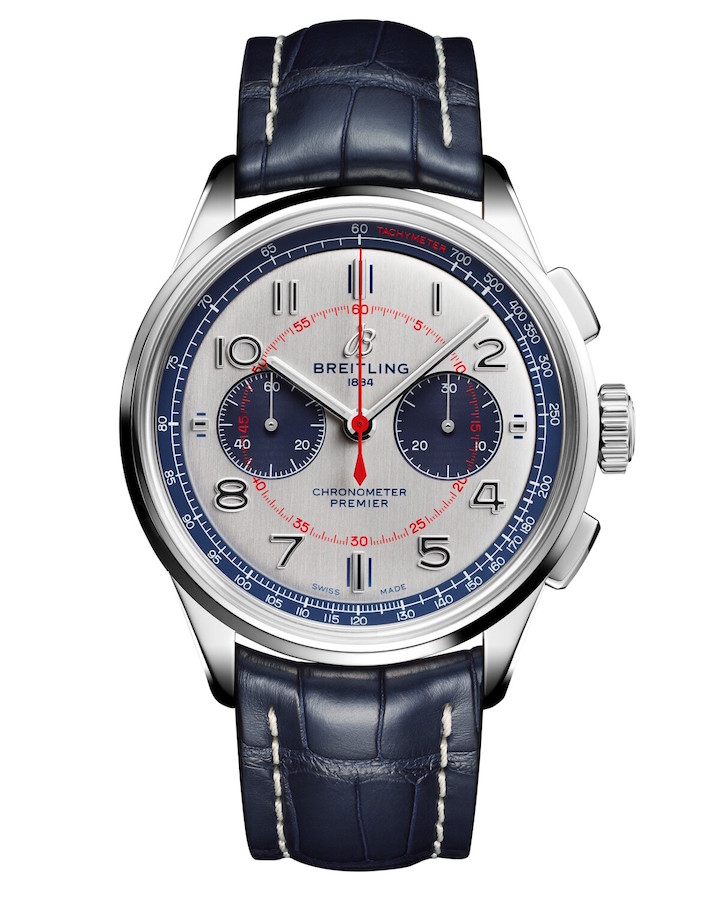 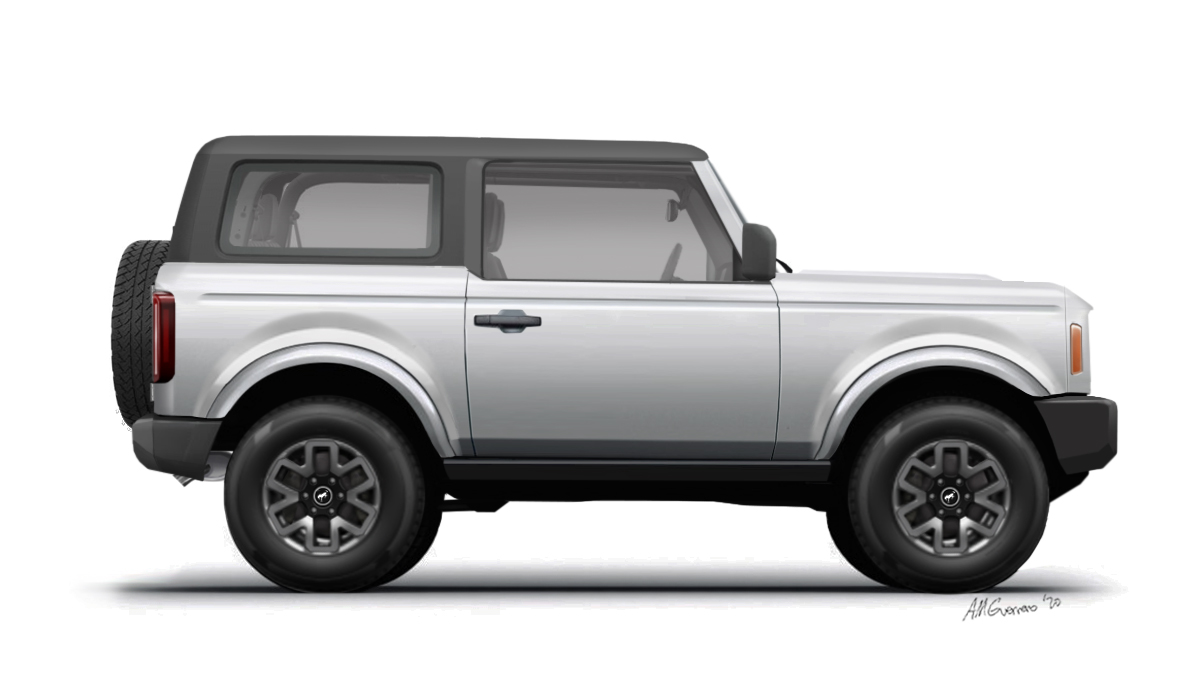 All-new Ford Bronco: What we know and what we think it will look like
View other articles about:
Read the Story →
This article originally appeared on Topgear.com. Minor edits have been made by the TopGear.com.ph editors.
Share:
Retake this Poll
Quiz Results
Share:
Take this Quiz Again
TGP Rating:
/20