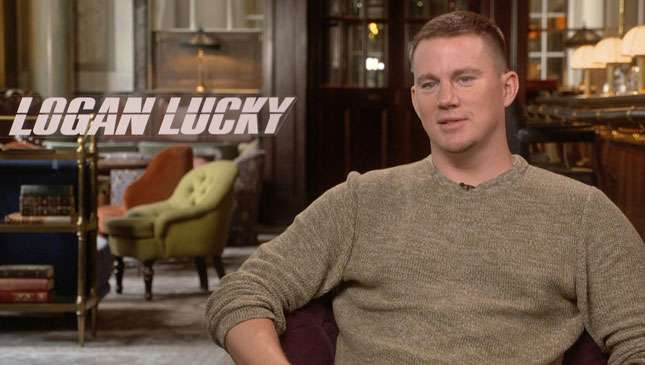 Channing Tatum stars in Logan Lucky, a film whose plot revolves around a heist at the Coca-Cola 600, a famous NASCAR event. The perfect chance to talk cars with the star of 21 Jump Street, Magic Mike, and more.

TG: Have cars always been an interest for you?

CT: I guess as an American kid, growing up, automobiles are ingrained into our culture. My first car was a 1994 S10 Chevy, I was 16 and my mom gave me her truck when she got a Camry. The first thing you do is take the entire thing apart and clean everything, and then you just mess it up again as a kid.

More recently I had a 1957 Chevy Stepside pickup. I had that for about a year, but I bought it at a very unfortunate time. Well, I guess not unfortunate, I’d had a kid! But that meant I didn’t get to drive it at all. I fixed it up and ended up having to give it to my dad, because I just never drove it anywhere. That thing, you can’t put a baby seat in it!

I love road trips, man. You never know what’s coming, you don’t know what’s around the next bend or when you’re stopping for gas, what characters  you’re going to meet. It’s one of my favorite things to sort of just go and explore.

CT: I’m really into bikes. Dirt bikes more than street bikes—I don’t really ride on the street all that much. I’ll do lots of trail riding, but I just recently got into GP-style motorcycles. This last year I bought a Yamaha R1 and started racing my buddies on the track.

Once a month we’ll go to some track day and just, you know, try not to hurt ourselves! I’ve run Laguna Seca two or three times. The Corkscrew is insane! The g-force on that thing when you drop down is pretty significant, especially hanging off the bike—I mean if you’re doing some speed, you hit the bottom of that thing and you’re like “argh!” It’s pretty nuts.

TG: Were you a NASCAR fan before this film?

CT: Growing up in the States you’re just sort of around it. You know, especially in the South—I grew up for the most part in Florida, and Daytona is right there. So you end up going over for the Daytona 500 and just being around it. I didn’t know a ton about it, but you grow up knowing Dale Earnhardt and Mario Andretti and names like that. But I didn’t watch all the races, I can’t like tell you super specifics about who’s won each year.

I did get to go behind the scenes while we were filming this, and like you don’t even recognize them as cars. You almost have to be a scientist to even get to drive one or work on them. They’re spaceships with tires.

We went to film action for the movie during actual NASCAR races and Steven Soderbergh (the director) was really jealous, because the way that they film those things is pretty brilliant. There’s cameras on sliders inside of the cars. The only thing that rivals it is Formula 1 or Moto GP, where they put cameras all over the bike.

TG: Was it hard convincing NASCAR to be involved in Logan Lucky?

CT: It wasn’t hard per se, but I think they’ve been—I don’t want to say burned in the past—but I feel like some people might have thought Talladega Nights was kind of being a little heavy-handed with the caricatures of NASCAR and the people in that world.

I don’t think we were in danger of doing that. You know there’s a strange tone to our movie, but we’re not making fun of anybody. If anything, NASCAR is shown in like a pretty great light, in my opinion, I mean they’re the castle that we get to try to steal from.

TG: Do you think cars are an important part of a film cast?

CT: I think there’s been studies done: There’s a graph of movies with cars in them and the more dope cars that are in a movie, the bigger box office number it does. Especially in America, it has such a car culture. Action movies for whatever reason always end up previewing some prototype car or launching some kind of futuristic car in their film.

I’ve always wondered like why concept cars look so much cooler than the production version. The prototype is always just way cooler. I’m like “why don’t you just sell that?!” It’s just plastic and metal right? Just shape it in the cool way that the concept was in!

TG: Were there any car movies that inspired Logan Lucky?

CT: I’m sure the stuff with Riley Keogh was probably inspired by Dukes of Hazard. But we didn’t get to do a ton of action in the movie. We didn’t do as much of it as I would have liked to do, especially as I didn’t get to drive anything. But the NASCAR stuff had a Days of Thunder sort of feel to it with the camera angles.

It’s tough to do new stuff. I mean look they put a Submarine in the Fast and the Furious—whatever number that they’re on—because… it’s just like “we can’t crash anything else and we can’t jump anything else in a car.” 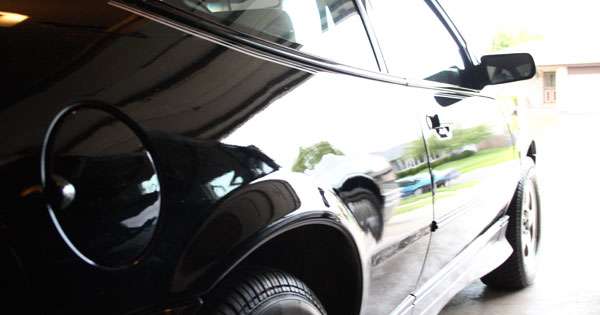 8 practices that will help keep your car in tip-top shape
View other articles about:
Read the Story →
This article originally appeared on Topgear.com. Minor edits have been made by the TopGear.com.ph editors.
Share:
Retake this Poll
Quiz Results
Share:
Take this Quiz Again
TGP Rating:
/20