Wealth-porn enthusiasts are abuzz right now over the recent theatrical release of the Crazy Rich Asians movie. Based on the book series by Kevin Kwan, the film tells the tale of Rachel Chu, an American-raised economics professor from New York. Her boyfriend, Nick Young, invites her to fly to his native Singapore to meet his family. You can guess what kind of people Rachel meets once the two land in the Lion City (hint: it's in the film's title).

Recently, Grab Philippines invited us to an exclusive screening of the movie. The groundbreaking Hollywood flick explores the lives, customs, and exclusivity of Asia's elite through the eyes of an outsider. The Youngs, as the story goes, immigrated from China before Singapore became a bustling metropolis. They earned their insane wealth by building a large part of said metropolis.

The film has its fair share of rom-com tropes, granted, but it's interesting to see how social classes work in a culture that's not too far removed from our own. And it teaches us that rich people are still people, and though they might hire helicopters and boats for their parties, they still face their own sets of problems and challenges.

Of course, the lavish lifestyles seen in the film also give us car enthusiasts a chance to indulge in some car spotting. We've already covered the cars seen in the trailer, and you can read about how much they cost here. Rest assured, there are plenty of luxurious cars in the final cut as well.

Our favorite automotive moment in the film was when Goh Peik Lin, Rachel's college best friend, drove her pink Audi R8 around the Young compound, all the while gushing over how opulent the place is. She also makes full use of the coupe's front trunk. It's hard to imagine fawning over someone else's wealth when you already own an R8, but it just goes to show how crazy rich these Asians really are.

If you haven't seen the film, check it out in cinemas now and let us know what your favorite car was. 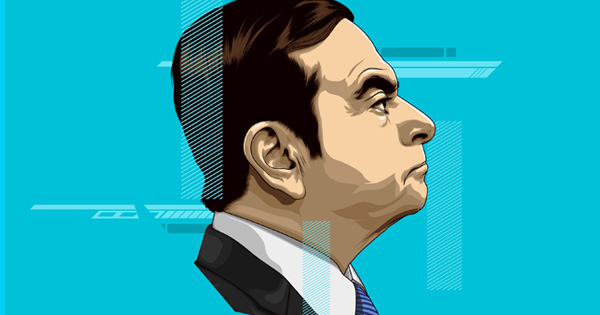 Carlos Ghosn is the undaunted hero the car industry needs
View other articles about:
Read the Story →
This article originally appeared on Topgear.com. Minor edits have been made by the TopGear.com.ph editors.
Share:
Retake this Poll
Quiz Results
Share:
Take this Quiz Again
TGP Rating:
/20