In the pandemic era, e-motorsports has been given an opportunity to shine
Apr 27, 2021
ADVERTISEMENT FEATURE BY TOYOTA
What is an Advertisement Feature?
Follow TOYOTA on
Website:
https://toyota.com.ph/gtcup/

We know you miss driving. You don't even have to say it—if you're reading this, you're probably sick and tired of being stuck at home, only ever going out for groceries, only ever driving if you absolutely need to. It's a tough break, but also an opportunity to pour yourself into a new hobby or develop a new skill.

Thank goodness, then, for e-racing. One of the pandemic's few silver linings is that e-sports, including e-motorsports, has been given a chance to shine. Because we're all stuck at home, and most real-life motorsports events are not exactly viable yet, enthusiasts have turned to their video game consoles, which are plenty capable of providing a similar experience.

Thank goodness, too, for Toyota Motor Philippines' contributions to the local e-racing scene. As you may already know, Toyota is deeply invested in motorsports through Toyota Gazoo Racing. That's why, last year, the Japanese automaker held the 2020 Toyota GR Supra GT Cup Asia—a regional Gran Turismo tournament, but also a landmark for Filipino e-motorsports and a natural expression of Toyota's love for cars and racing. 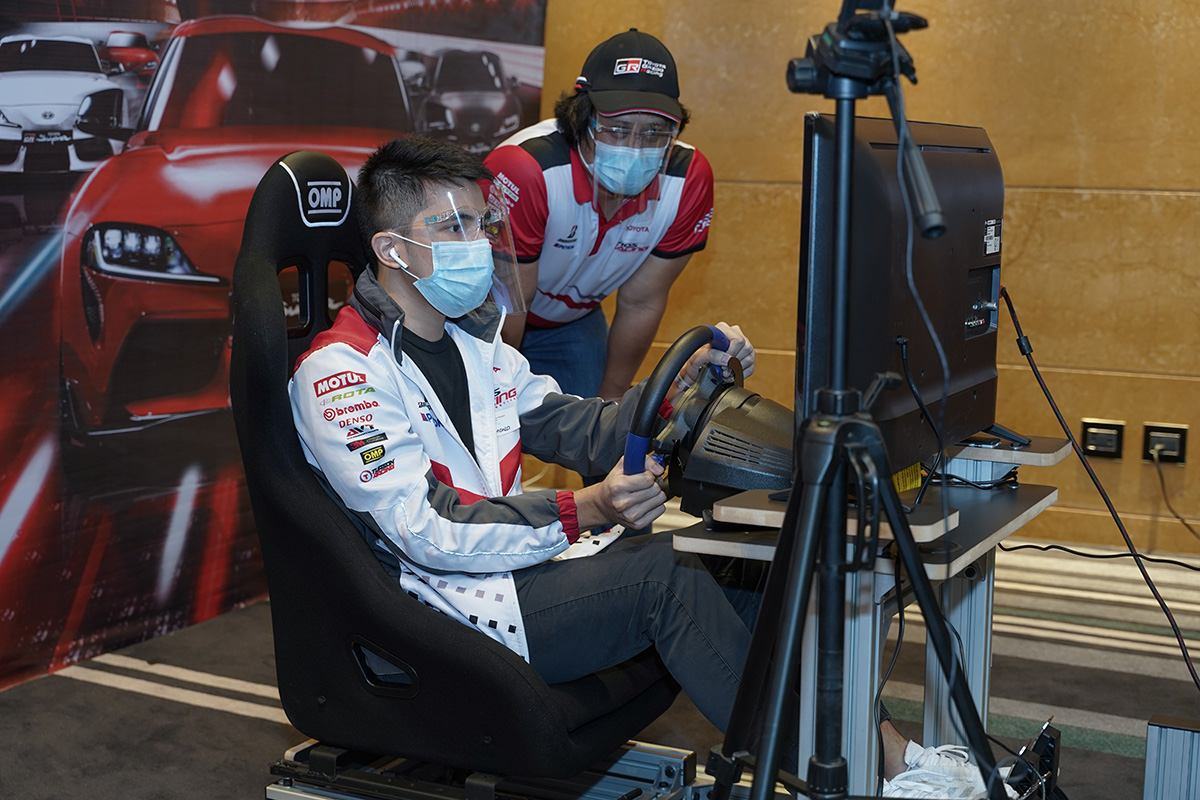 If you were able to catch Toyota's pioneering e-motorsports event last year, then you already know how exciting it can be, and that Filipinos can certainly hold our own. But if you missed it, don't fret: Toyota Motor Philippines will reprise the event this year, and you can be a part of it. Bored in the house? Let the 2021 Toyota GR GT Cup be your escape. 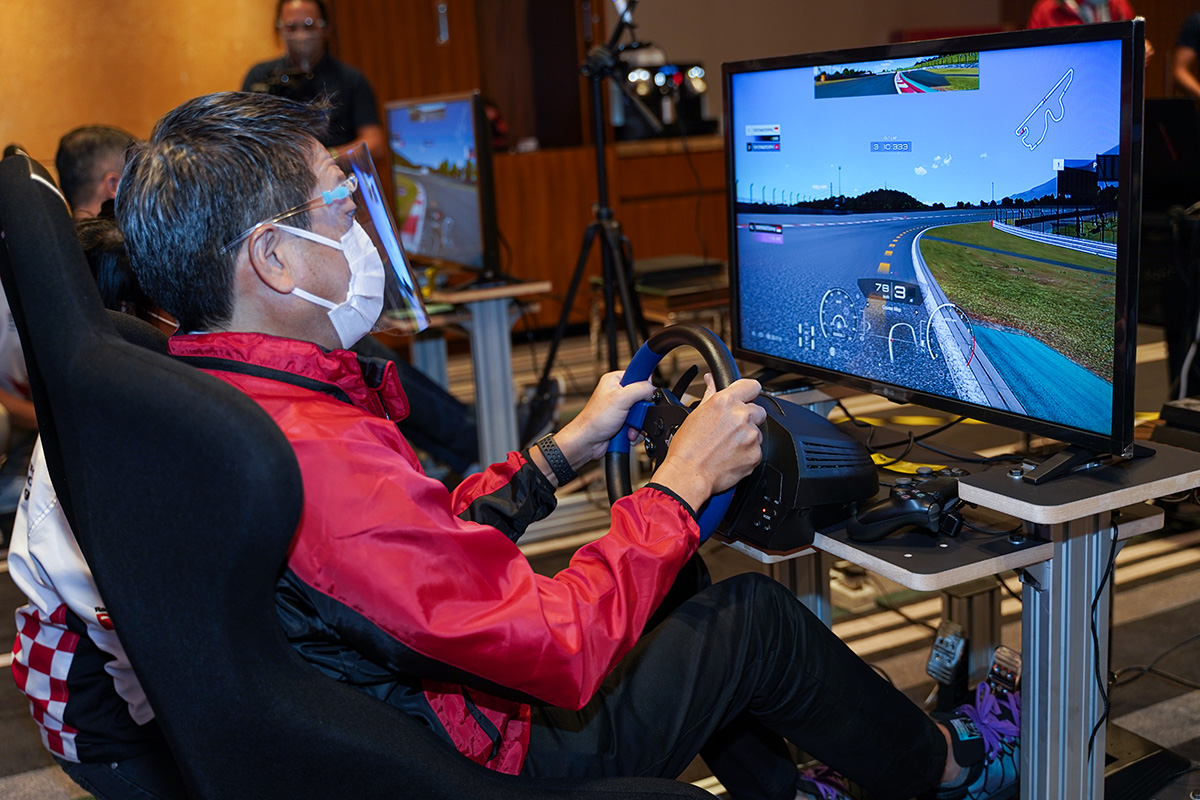 The races are already around the corner, but registration is still open, so if you're a Gran Turismo player and you meet the requirements detailed in the official website, step right up for your shot at glory. There’s a Promotional Class for novices, a Sporting Class for professional e-racers, and the Junior Class for Filipinos who are 17 and below.

And while the GR GT Cup is a simulated racing event, the stakes are very, very real: There's up to a million pesos worth of prizes—including covetable gaming gear and high-tech gadgets—awaiting skilled e-racers. Suddenly, it's not just a way to pass the time while stuck at home.

Take it from John Manalo, Erika Rabara, and Reph Bangsil—three famous enthusiasts who will be racing as well. They encourage everyone to join:

Points will be given according to the challenger’s ranking. What’s more, these points will be multiplied accordingly at the end of each qualifying weekend, with the final round allowing for doubling the points. Challengers from each class with the highest combined points throughout the three qualifying weekends, then, will be declared champs of the 2021 Toyota GR GT Cup. 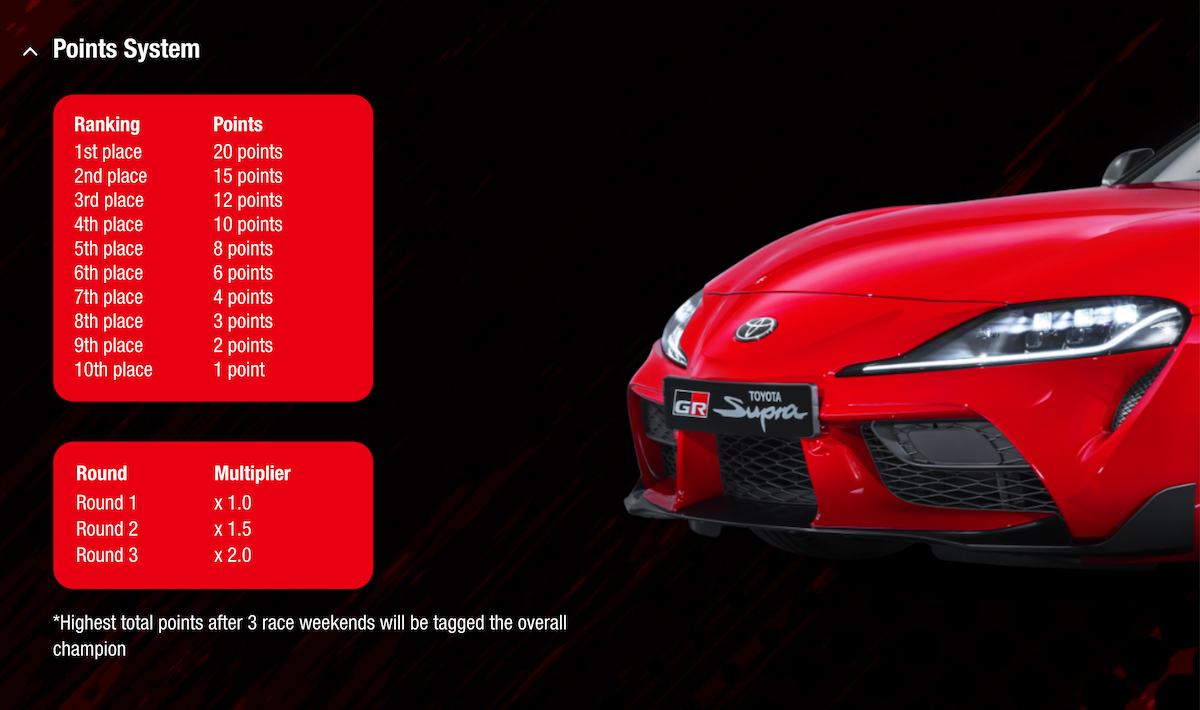 Racers are encouraged to accumulate as many points as possible by entering and requalifying for all rounds from April to June 2021. The Round 2 Leaderboard starts on May 28, and the Race Heat landing on May 29. After that, the Round 3 Leaderboard Race kicks off on June 18, and then the Final Heat happens the day after day, June 19. Only then will we find out who dominates the digital circuit.

On the flip side, if you aren't much of a Gran Turismo player and are just looking for something to do while you can't take your car out for a spin, that works too, as the GR GT Cup will be broadcast online, on Toyota Motor Philippines' social media. Tune in and see what could very well be the future of motorsports in the Philippines.

This article is created by Summit Storylabs in partnership with TOYOTA.
Shop the items in this story!
Read the Story →
Share:
Retake this Poll
Quiz Results
Share:
Take this Quiz Again
TGP Rating:
/20