As British supercar manufacturer McLaren Automotive and Swiss watchmaker Richard Mille enter the fifth year of their partnership, the two companies are now revealing what they call the “most ambitious collaboration” to date.

This, ladies and gents, is the new RM 40-01 Automatic Tourbillion McLaren Speedtail. It pays homage to the fastest and most exotic McLaren ever built.

“There are many similarities between the way that Richard Mille and McLaren approach common design and engineering challenges, such as saving weight, reducing vibrational impact and minimizing resistance,” said McLaren Automotive design director Rob Melville.

“When it came to the RM 40-01, we had considerable input in sharing the highlights of the car and the philosophy behind it. With the Speedtail, we set out to produce a car that had an artistic quality to it. That has certainly come through in the watch, which beautifully mirrors the many various details of the Speedtail in its finish, materials and its uncompromising design,” furthered Melville.

The watch mimics the aerodynamic-efficient teardrop-like physique of the Speedtail. The bezel indentations are an ode to the supercar’s hood openings, while the pushers equate to the air outlets behind the front wheels. 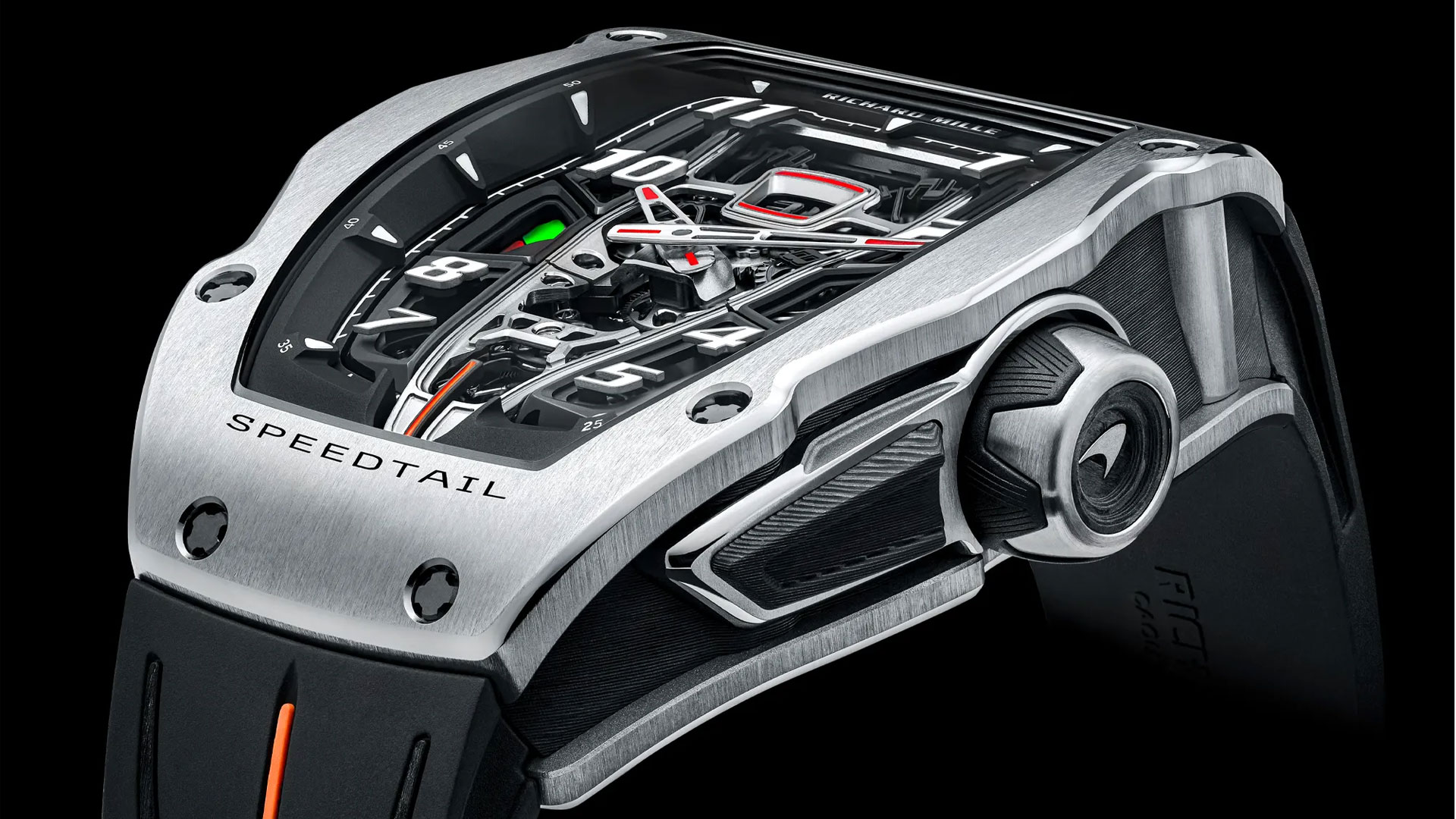 “As well as taking inspiration from the teardrop shape of the Speedtail, we also faced the challenge of seamlessly combining existing Richard Mille cues with those of McLaren,” explained Richard Mille casing department technical director Julien Boillat. “The watch has one of the highest levels of finishing ever executed at Richard Mille. There has also been a lot of development with our anglers and polishers. The attention to detail is extreme, with mirror polished, plain and satinized effects in different areas and the combined use of titanium and Carbon TPT®. The case itself is made from 69 individual parts.”

This McLaren-inspired RM 40-01 also features a unique upper crystal with a ‘triple contour’ that protects the watch’s state-of-the-art movement. It also sports a unique rubber strap.

Boillat said that the department took over 2,800 hours over 18 months to perfect the lines seen on the limited-edition timepiece. The design was unprecedentedly complex that five prototypes were created before the company finalized the optimum shape of the timepiece.

The watch also features an entirely new movement architecture that took 8,600 hours to fully develop. Other minor yet exquisite details like color accents as well as the position of the date corrector were also meticulously thought through so as to create a sleek and seamless overall design. 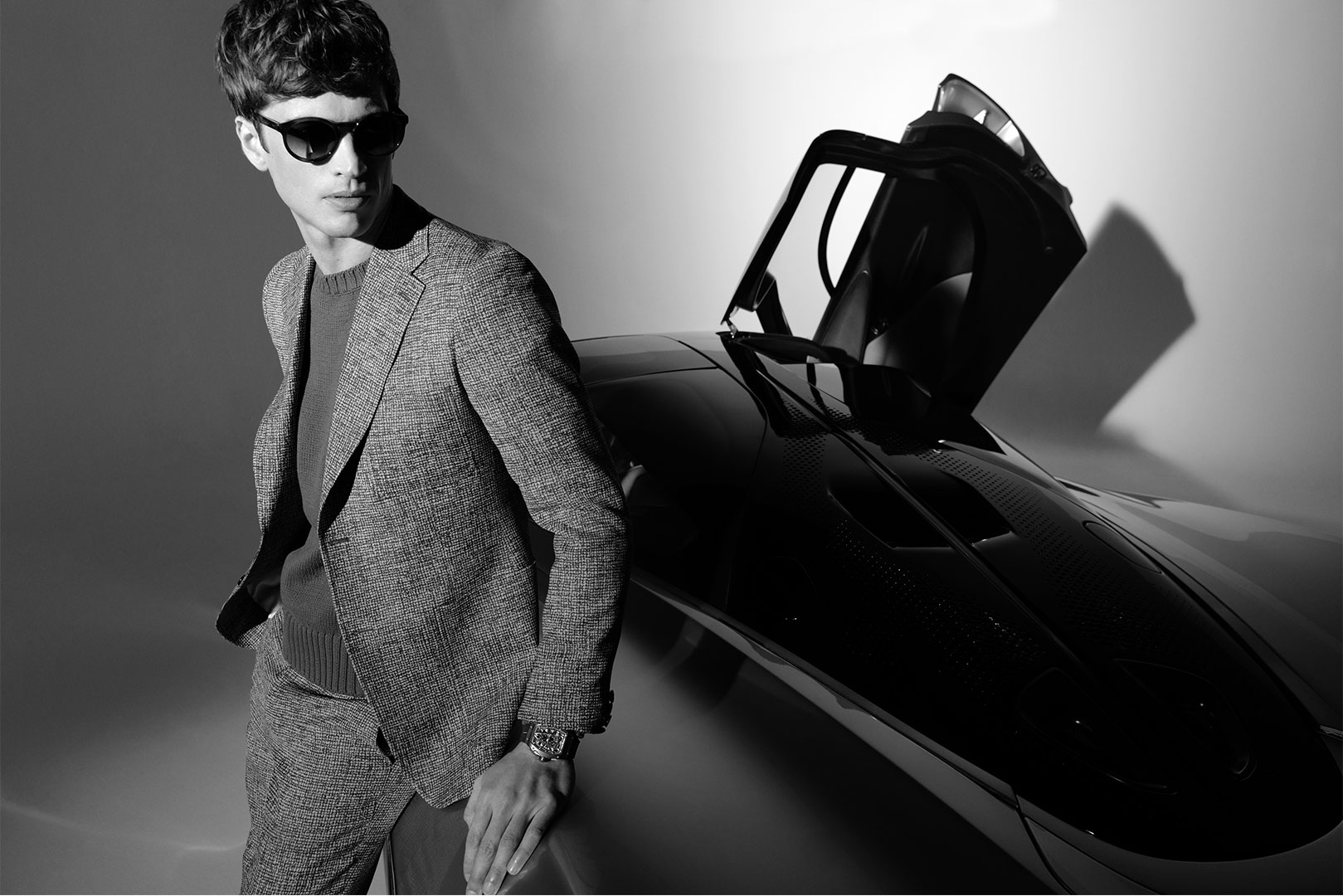 There will only be 106 of these special RM 40-01 watches produced to mimic the 106 McLaren Speedtails ever. Talk about wrist candy. 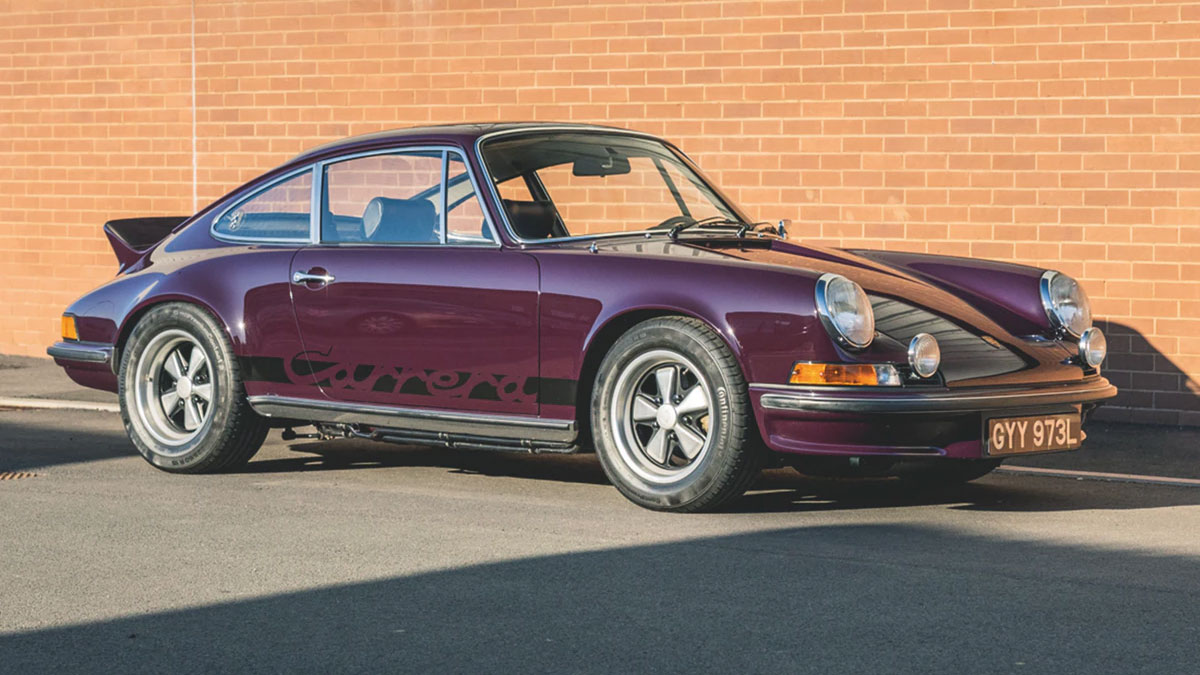 This exquisite collection is a must-see for all Porsche fans
View other articles about:
Recommended Videos
Read the Story →
This article originally appeared on Topgear.com. Minor edits have been made by the TopGear.com.ph editors.
Share:
Retake this Poll
Quiz Results
Share:
Take this Quiz Again
TGP Rating:
/20