Yes, like that traffic light
by Dinzo Tabamo | May 27, 2009
CAR MODELS IN THIS ARTICLE 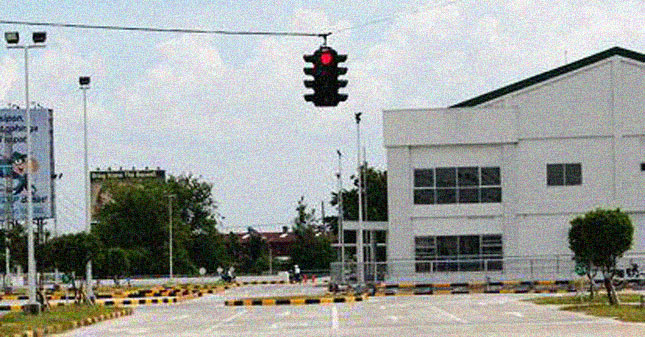 1. Those green, yellow and red lights on intersections? They're not decorative. They're not a manifestation of our love for Christmas all year long. Don't try to beat them, follow them.

2. The plate number '8' is for members of the House of Representatives. It doesn't mean good luck against color-coding.

3. Do you see a pit crew? Are there sponsor decals on your car? You cannot fill the void left by Schumi. It's likely you are not a race car driver so don't drive like one.

4. Traffic's awfully jammed today. Traffic was bad yesterday. It was horrible the day before that. You know this. Stop using the traffic as an excuse.

5. Putting a spoiler/wing the size of a Yaris on your car doesn't translate to cool. It will actually ruin your aerodynamics.

6. The "booom-chiss" you hear from jeepneys? That's not audio. That's actually sound pollution, even if they play Hale (or especially if they play Hale. Never mind, off topic). Don't upgrade your stereo the wrong way. For car audio advice go to www.kotseaudioclub.com.

7. Believe it or not, we have bad roads. If you really want to lower your car, do it right. Extreme lowering is for car shows and car show offs.

8. The driver's test is not a formality. The men who approach you and ‘fix' your papers are not the express lane.

9. The guy who cut you in traffic did not spit on your ancestor's grave, so there is no need to go berserk. Let his crazy driving be, he'll learn his lesson the hard way.

10. Think before you drive. Don't counterflow unless you're told or you'll just make traffic worse.

11. Don't enter a street that's already full of cars even if the light is green. You'll just block the next side when their light turns green. That's what the "Keep intersection open" sign is for. This concept is so simple even Erap can get it.

12. Texting while driving is dangerous. It's fine if you think the new chick you're flirting with is worth your life, but don't take other people with you.

Horse power
View other articles about:
Read the Story →
This article originally appeared on Topgear.com. Minor edits have been made by the TopGear.com.ph editors.
Share:
Retake this Poll
Quiz Results
Share:
Take this Quiz Again
TGP Rating:
/20