PlayStation 5 vs. Xbox Series X: Which is the better console for racing games?

There are only a few occasions where it’s morally acceptable to lie: When you’re telling a child that Santa exists, when you’re asked if someone’s bum looks big in this, and, finally, when you’re constructing a list of reasons that you need to buy a brand-new video-game console.

There are two such consoles to choose from released this month: the PlayStation 5 and the slightly confusingly titled Xbox Series X. Both offer gaming that will give every pixel of your 4K television a workout, and both can deliver images up to 120 times a second, for liquid-smooth visuals.

But which one is best for fans of racing games, specifically? That’s a slightly more complex question that requires many, many hours of next-generation gaming to answer. Fortunately, Top Gear is here to selflessly take that bullet for you. No, really, leave this to us... 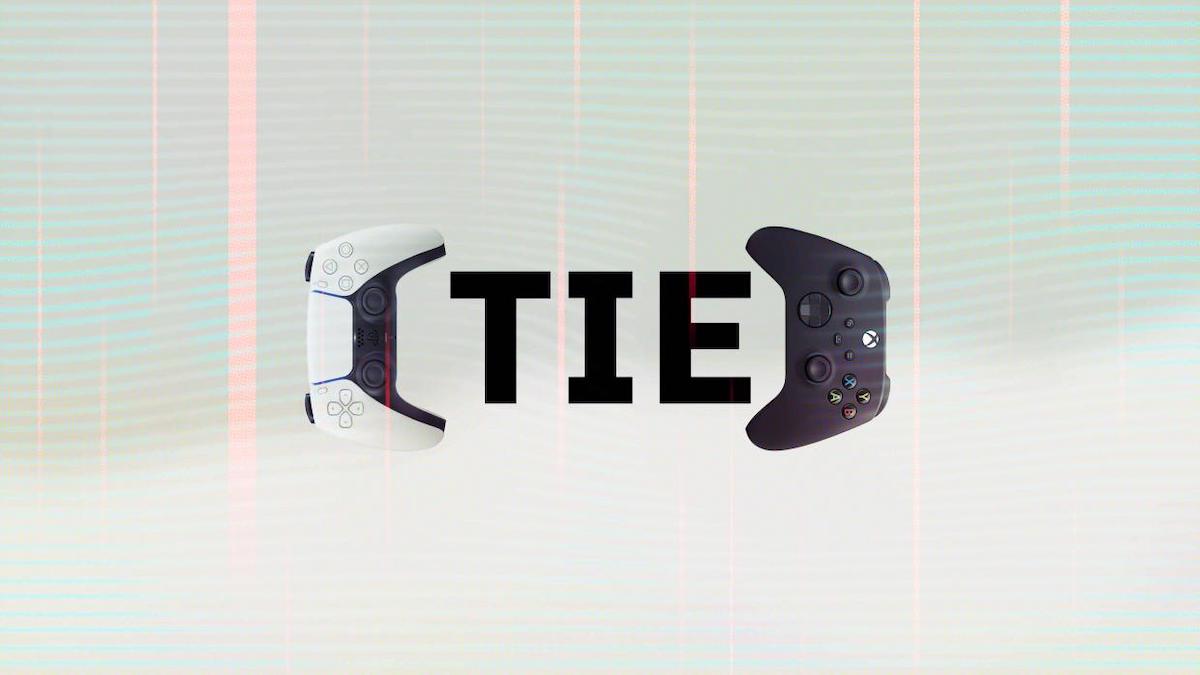 Possibly for the first time in the history of head-to-head console launches, there’s actually almost nothing to choose from between the PS5 and the XSX in terms of their performance. Technologically, the two machines are closer than ever before, and graphically, you’d struggle to spot any difference in cross-platform launch game Dirt 5.

In fact, graphics aren’t even the most impressive thing about this new breed of game consoles—it’s the fact that they’ve almost entirely eliminated game loading times. No more time to check Twitter, make a cup of tea, or even acknowledge the presence of a loved one before you’re hurled back into the action. 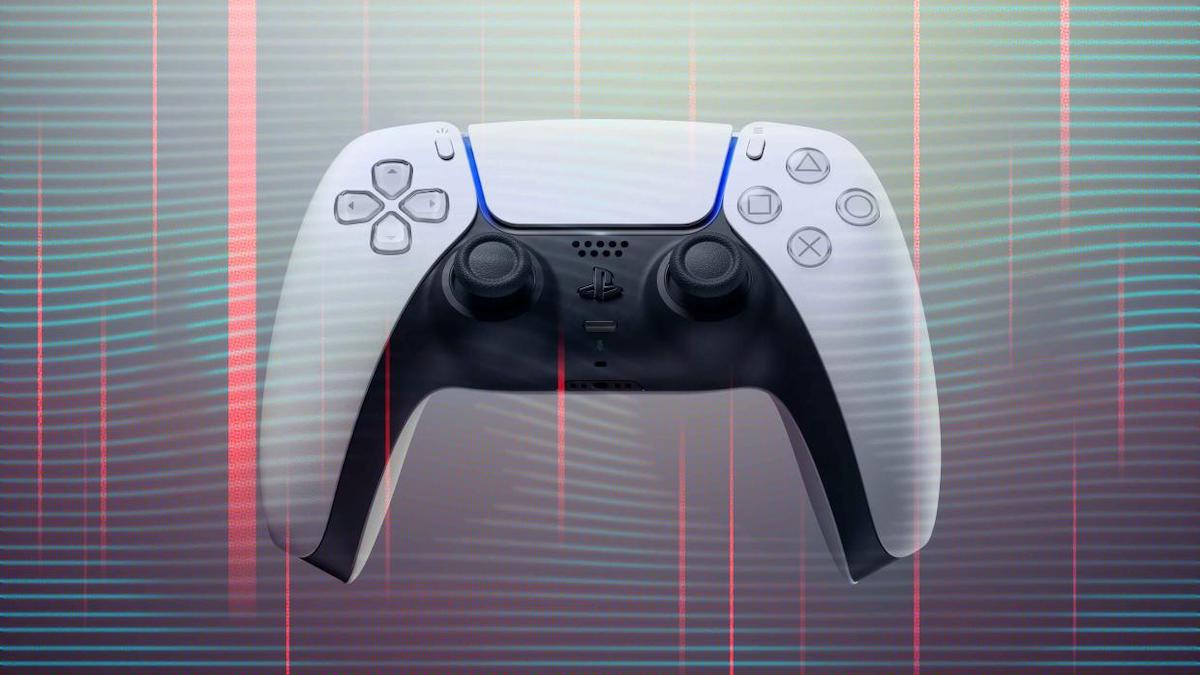 The XSX has plumped for a more responsive, more ergonomic version of the controller from the Xbox One. The good news is that even the original design was comfier than cradling a newborn kitten, and also, Microsoft has ensured that any existing Xbox One pads you have lying around will still work for a four-player split-screen Dirt 5 session.

The PS5, however, boasts the DualSense, a completely reworked controller. The marquee features of Sony’s pad are haptic feedback, which is essentially an extremely precise vibration feature that can offer up more information than any controller before it, and resistive triggers, which alter the resistance of what will most likely be your accelerator and brake.

For racing games, both are huge improvements. You’ll be able to feel ABS chatter through the vibration and triggers, for example, or detect subtle changes to the surface in a rally game like the recently updated WRC 9. These new features weren’t built for racing fans, but they might as well have been.

Oh, and if you’ve blown the GDP of a small nation state on high-end sim-racing equipment for either of the previous generation of consoles, you’ll be pleased to hear that both PS5 and Xbox Series X will carry support for them forward, so you can close that eBay browser tab… 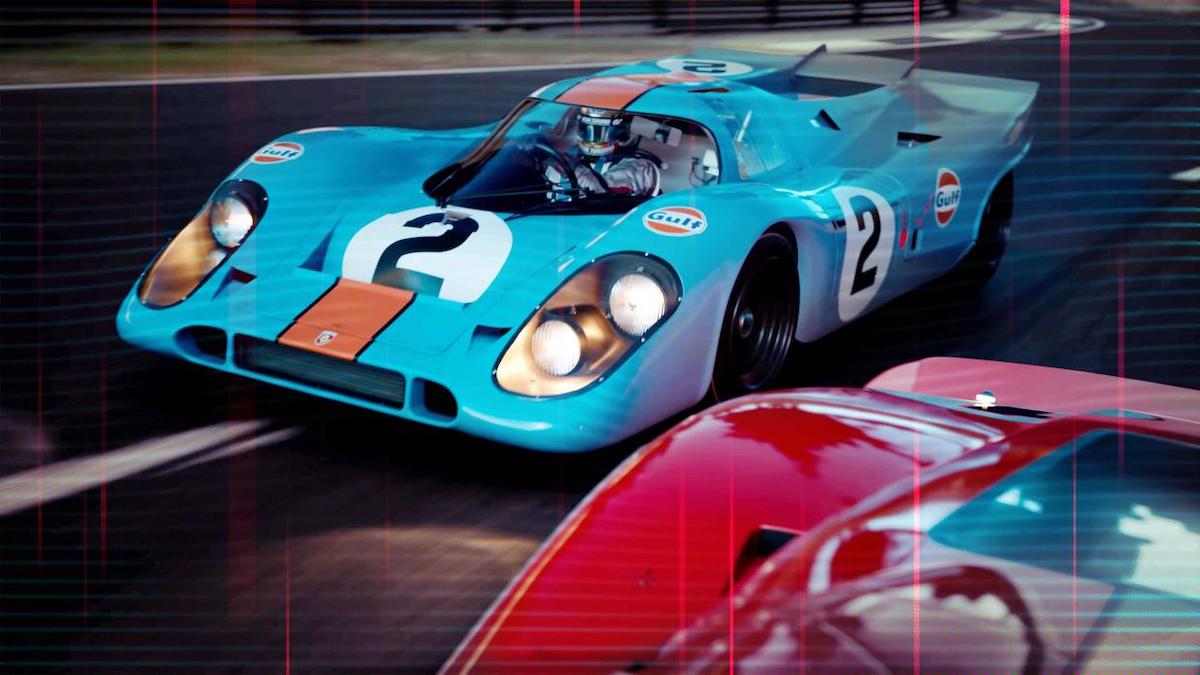 We’re in an awkward position here, given that neither PlayStation’s Gran Turismo 7 nor Xbox’s rebooted Forza Motorsport are ready for the launch of their respective consoles. We do know that they’re both on the way, though, and there have been small glimpses of both in trailers.

You’re only as good as your last result, and we’d argue that based on the most recent entries in the two franchises, Gran Turismo 7 is the more exciting. GT Sport eventually developed into a comprehensive, fully-featured Gran Turismo game and offered the sort of structured multiplayer racing system previously not seen outside of hard-core, wear-your-racing-boots-to-bed PC sims. Forza Motorsport 7, meanwhile, was a fundamentally good game, but the series has long suffered from slightly wayward handling that could do with a significant overhaul.

It also feels like we’ve seen more of Gran Turismo 7 to date, and while Polyphony Digital isn’t exactly known for its punctuality, the extremely expensive Gran Turismo Championships will need to be running on the PlayStation 5 in 2021 to justify the enormous marketing cost. With that tedious financial reality in mind, we reckon we’ll see GT7 land first. 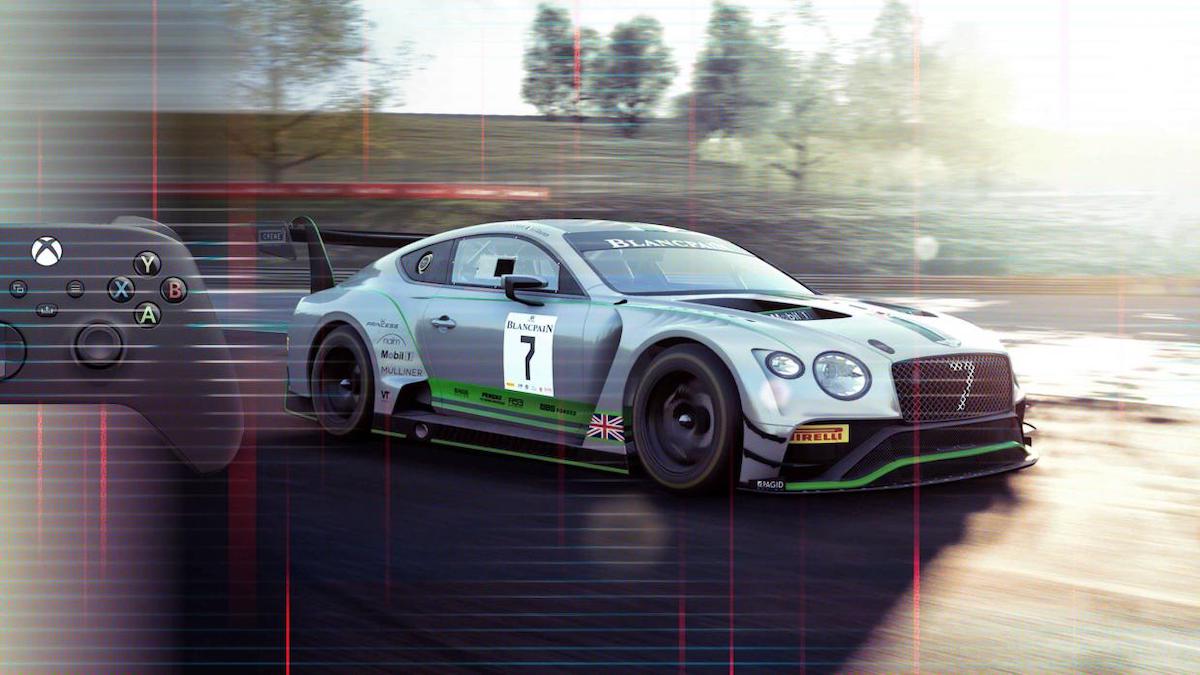 With only a handful of new games available, you might reasonably worry that within a few weeks, you’ll have finished them all and your precious console will be reduced to an expensive dust magnet. Fortunately, both consoles are designed to play the previous generation’s games, often with performance improvements granted by the atom-smashing power of the new machines.

Take Assetto Corsa Competizione, which released on PS4 and Xbox One a few months ago. At launch, it suffered from choppy frame rates and stutters that rendered it almost unplayable. Fire it up on the newer systems and it’s like you’re playing a different game. A much better one, just to be clear.

Of the two, the Xbox Series X has the more comprehensive, thoroughly tested compatibility, but it’s a marginal victory, and both consoles bend over backwards to make sure your existing game collection doesn’t end up as a shiny set of drinks coasters. 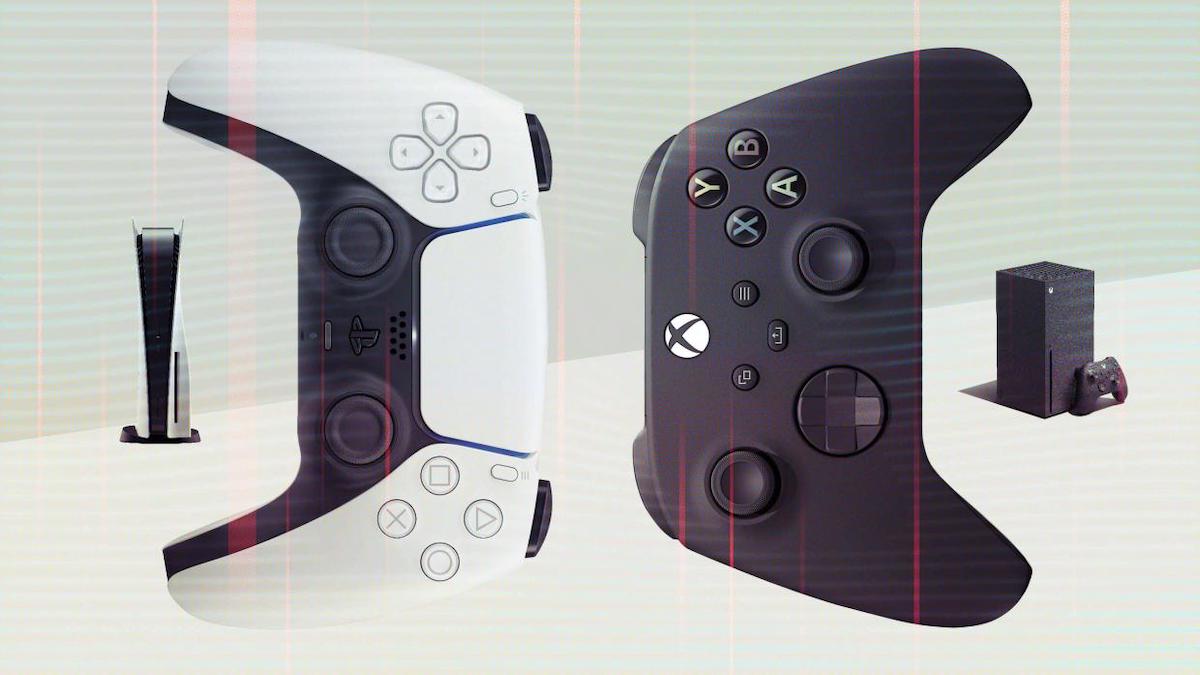 The ace up the Series X’s sleeve is a service called Game Pass, which replaces Xbox Live Gold. It’s Netflix for games, essentially, allowing you to pay a monthly fee for access to a regularly updated selection of over 100 titles that reaches all the way back to the original Xbox console. For racing fans, that currently translates to Forza Horizon 4, which we recently crowned the best racing game of the last decade, last year’s Formula 1 game, Dirt 4, and a brace of Need for Speed titles. Plenty to get your teeth into if you resolutely failed to budget for any actual games to go with your new console. 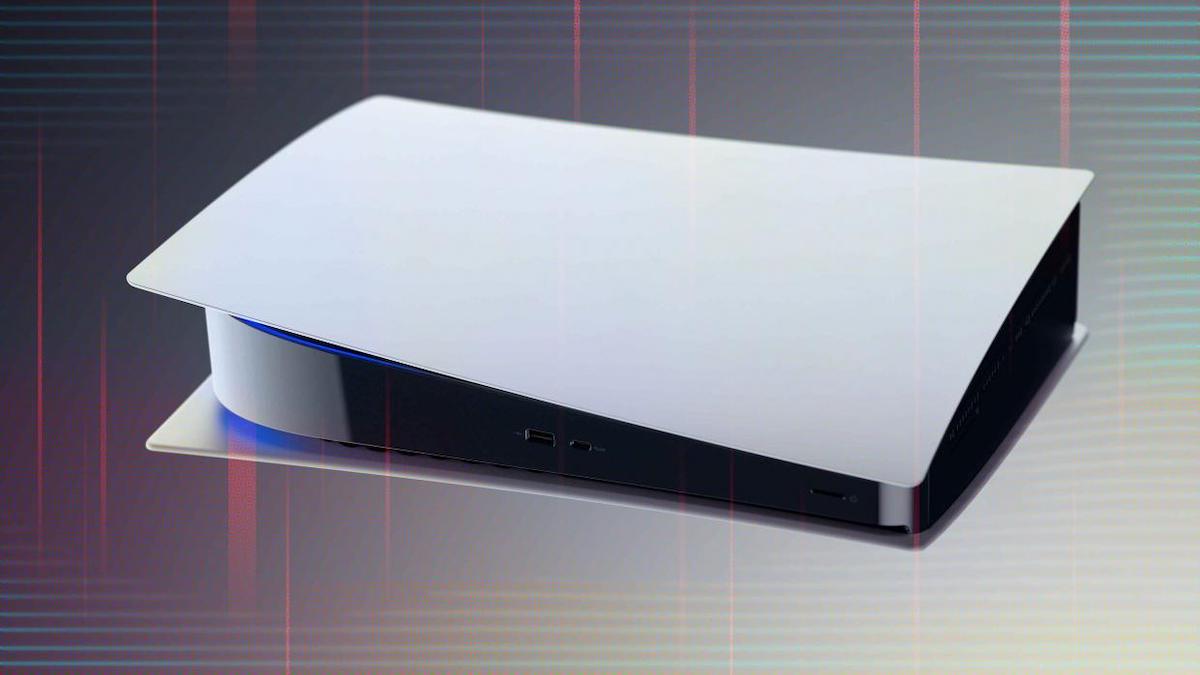 If you’re looking to buy the top-spec versions of either console, it’s going to lighten your wallet considerably—P27,990 in the Philippines, for instance. Expensive, yes, but compared with a PC gaming rig of equivalent performance, actually pretty reasonable. Add that to the aforementioned list of spurious reasons to buy one.

Where things get really interesting is with the lower tier versions of the consoles. The smaller, crisp white Xbox Series S only costs £250 (P16,060), but with a focus on 1080p gaming is markedly less powerful than its monolithic big brother, the 4K-enabled Series X. The PS5 Digital Edition, on the other hand, is £360 (P23,125; no officially announced price for PH market yet), but crucially, it features exactly the same pixel-pushing innards as the regular PS5. The only thing missing is a disc drive.

It does mean you’ll have to buy all your games digitally and won’t be able to run any disc-based PS4 games you have lying around, but otherwise, it’s a no-holds-barred, 4K-enabled, next-generation experience at a lower price of entry. We can almost hear Sony’s accountants sweating. 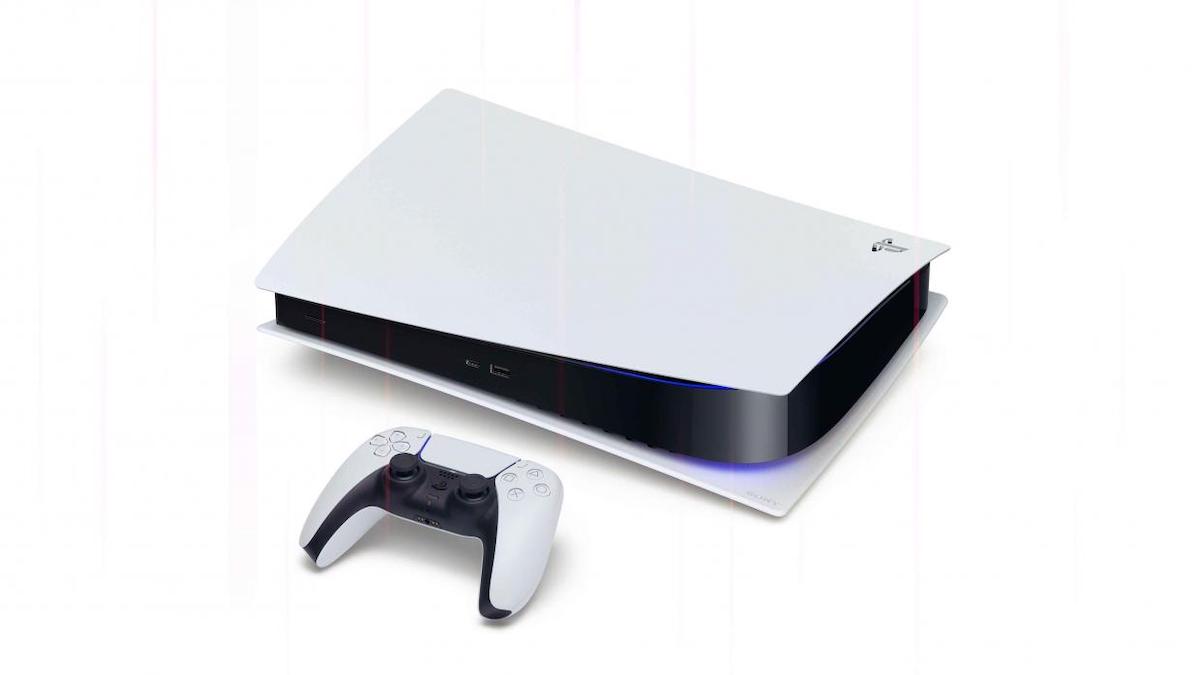 Ulimately, it’s an extremely close-run thing: Pick up either of these new consoles and you’ll be treated to spectacular visuals, rapid loading times, and a bunch of smart software features. For racing fans specifically, we think the PlayStation 5 just edges it. That’s based on the current strength of the Gran Turismo franchise, the truly phenomenal DualSense controller, and the uncompromised next-gen racing experience at a lower cost courtesy of the digital-only version.

If you have more general gaming tastes, it’s much harder to call. Game Pass is the closest we have to a Netflix for video games, and without navel-gazing too much, it looks likely to completely transform our relationship with buying games. Of course, Sony could well be cooking up something similar for PS5, but the fact is it doesn’t exist right now.

Whichever console you choose, as a racing-game fan, you’re unlikely to be disappointed. Cross-platform launch title Dirt 5 (read the review here) is a spectacular arcade racer, and both consoles receive an updated next-gen version of the impressive WRC 9 (you can read about that, too, here) if you’d prefer something a little more serious. Hope you’ve already cooked up a convincing list of reasons... 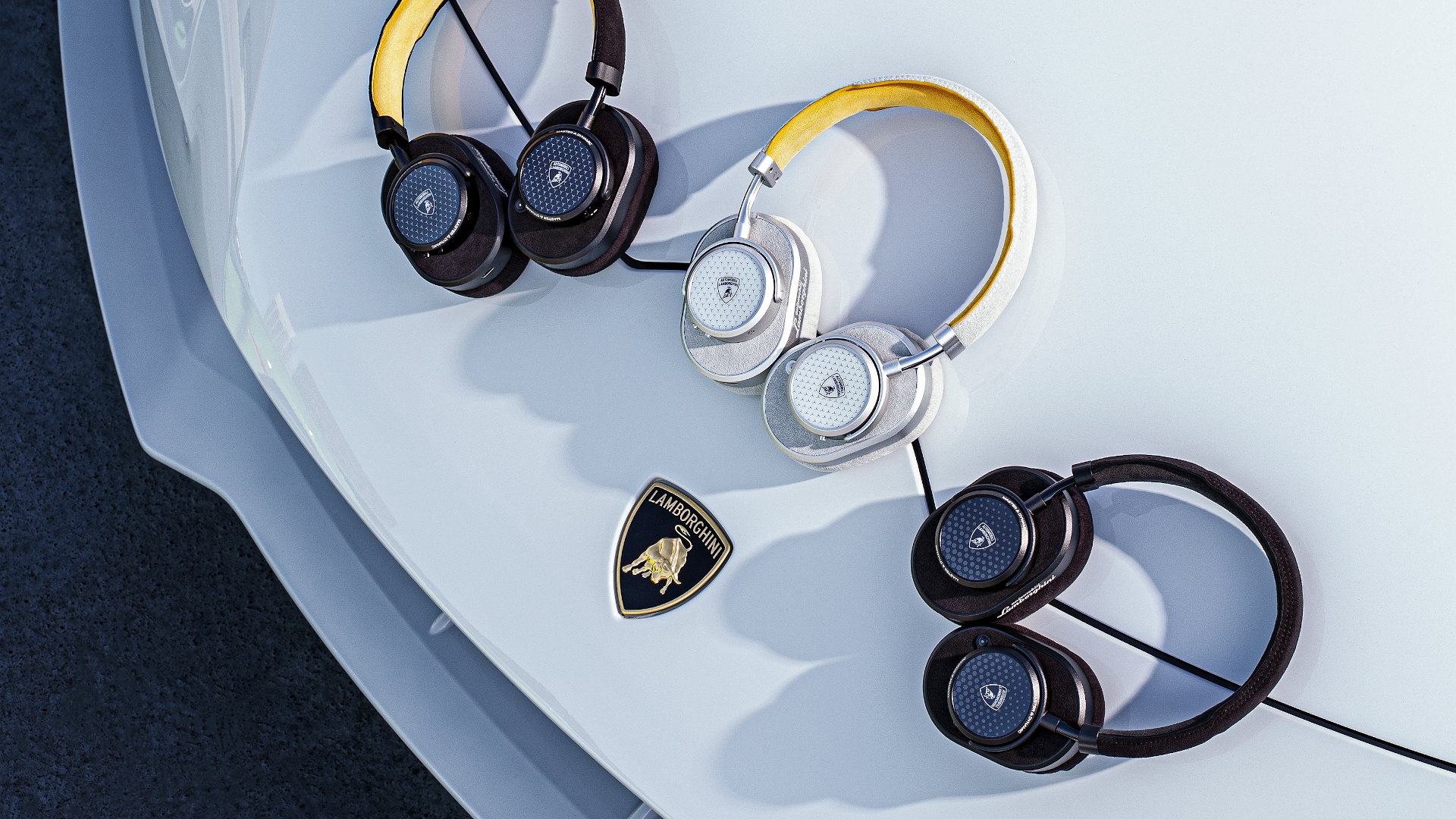 Lamborghini’s newest collection features some exquisite audio devices
View other articles about:
Read the Story →
This article originally appeared on Topgear.com. Minor edits have been made by the TopGear.com.ph editors.
Share:
Retake this Poll
Quiz Results
Share:
Take this Quiz Again
TGP Rating:
/20