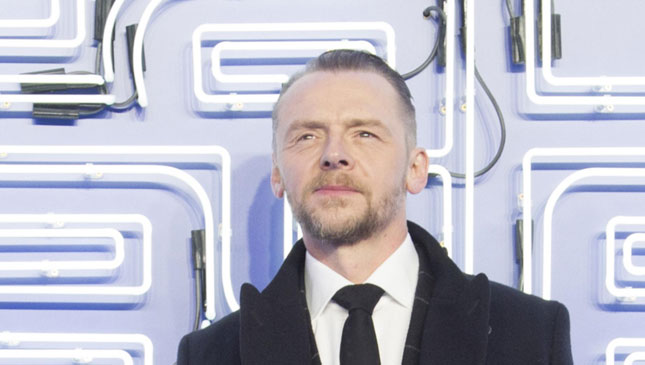 There’s a scene near the beginning of Ready Player One that could only have come from Steven Spielberg. Set inside a virtual reality world called ‘Oasis,’ players must complete a hazard-filled race to the finish to collect a key—the first of three—to unlock the now deceased Oasis founder’s huge fortune.

The film’s hero rocks up in Back to the Future’s DeLorean DMC-12—because '80s—alongside the heroine, who rides a bike modelled after 1988’s seminal anime film Akira. Along the way, there are crashes, jumps, evading a T-Rex from Jurassic Park, and a King Kong hell-bent on destroying all in his path. It’s a genuinely heart-pumping scene. Gloriously anarchic. And a lot of fun.

It’s why Simon Pegg—the ‘Cornetto trilogy’ and Mission: Impossible and Star Trek and Star Wars and Spaced star signed up; a multi-talented actor, writer, and producer, who is as comfortable beheading zombies as he is riding shotgun with Tom Cruise along Morocco’s back streets in a BMW M3. But we’ll come to that later.

“The first thing I heard was that Steven Spielberg wants to speak to you,” he tells TG, “and I’d read the book Ready Player One as well. Spielberg felt very much the right choice for the job, and I was excited to see how it would be brought to the screen.”

With lots of ‘auto carnage’, as he himself puts it. That race scene had TG wondering: Pegg’s been in his fair share of on-screen chases, so what makes a good one?

“He’s such a good driver. I’ve been in a lot of BMWs with him—they tend to supply the cars for the Mission: Impossible movies. I mean, it’s hard to do a car chase and not retread old ground in a way, because we’ve seen so many.

“With Ready Player One in particular, there’s a fantastic amount of auto carnage, and with the Mission movies we’ve done a few. In the new MI movie we do a chase with a vintage Beemer, along the streets of Paris…

“Sometimes though, sitting inside the car is a good thing, seeing the reaction of the driver, and not just seeing the incredible smashing and bashing of the actual vehicle. It’s good to see what’s going on in the cabin,” he notes. 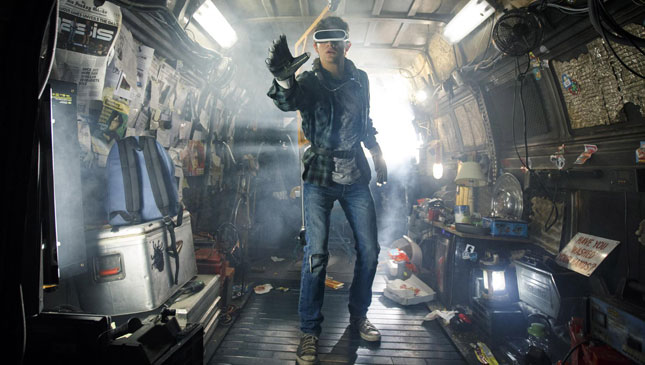 What’s a good example of a car chase done well, then? “Maybe The French Connection. Knowing that they didn’t really have permission to do it! They were just bombing around the streets unofficially, doing some very dangerous things.

“I remember when we made Hot Fuzz, Edgar Wright was trying to channel The French Connection when me and Nick Frost were chasing Timothy Dalton and Jim Broadbent, sort of hammering on the dashboard and being really angry. That kind of stuff, because it’s really down and dirty. It’s not technically that impressive in terms of how it’s shot, but certainly how audacious it was to drive that car without getting any kind of permission to do so. You’ve got to hand it to them.”

With the DeLorean taking center stage in Ready Player One, Pegg cites a very particular movie car as his personal favorite. “The Oldsmobile from a lot of Sam Raimi’s movies. It’s in virtually every film he’s ever made. The car that drives up to the Evil Dead shack—it’s a bit of an American classic. And I also love the fact the car’s been in more films than even Bruce Campbell!”

Yet Pegg doesn’t consider himself a massive petrolhead—“I’m a diesel-head at the moment”—but does enjoy driving. “It’s something I relish being able to do,” he tells TG.

Where did it all start then—what was his first car? “My first car was a Mini—an old blue Mini. I can’t remember if it was a Cooper or not. Then a Renault 5. The Mini was my mum’s, which she gave to me, but the first car I bought was a Renault 5.

“I remember going to a scrapyard and hauling the seats out of a different Renault 5, and screwing them into mine. But it was good. I was a stand-up comedian at the time, and going up and down the country, it would get me right to the top of country quite easily. Eventually the head gasket blew. And she never came back.”

He’s currently in a diesel Mercedes-Benz GL. “It’s an automatic. I’ve finally let go of my control freakiness and allowed myself to have an automatic. It’s easier. I used to prefer manuals and then I realized that was me just being a bit of a control freak. When you’re driving a manual on track, it’s fun to have that degree of control.

“I did have a Jag—an XK—until recently, but I realized I was driving the Merc more. Even though the Jag’s fun, I just wasn’t using it as much, so I let it go.”

He does however, still have an inkling for something quick. “I’m always toying with the idea—as any man of my age does—of buying something special. I’d quite like to get my hands on a supercar. I’ve actually always really liked the Audi R8, funnily enough. I drove one of those in LA for a while, and it’s just a bit like a spaceship. I would love it… but my wife would not.” 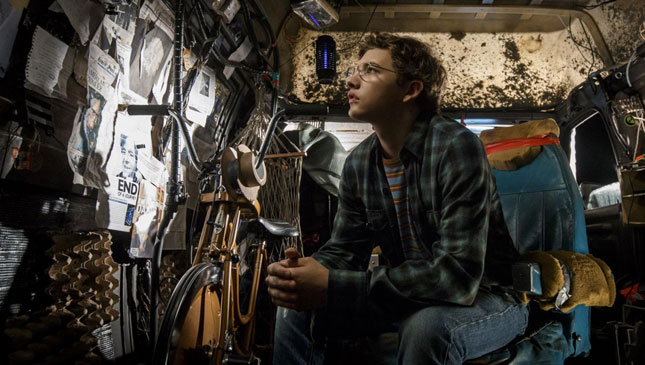 Despite this desire for a ‘spaceship’, Pegg acknowledges the current motoring world’s climate. And that he’s happy with where it’s going. “If there was a transit system whereby everything was talking to each other and nothing ever collided, it would probably be better for humanity. Obviously, what that subtracts from our lives is the fun of driving. Driving might become a recreational thing; where you go and drive on track.”

In Pegg’s line of work of course, being ‘on track’ and in hot pursuit is an increasingly regular occurrence. “When we shot the car chase for Mission Impossible: Rogue Nation, we were in a souped-up, roll-caged Beemer. I remember asking the stunt coordinator who’d be doing all the driving, and he said ‘Tom Cruise, he’s the best guy I’ve got’.

“We came to a bit where we had to drive down a set of stairs, in Morocco, and had to turn quite sharply into the staircase. We came into the turn on one of the takes and the car just lifted up on two wheels and went ‘bu-boom’ back down again, and there was a moment when we were like ‘whaaat?!’.

“That was pretty scary. It was hard coming down the stairs. I got whiplash.”

Pegg’s a TG track alumnus of course, having appeared on the show with friend and co-star Nick Frost. How does he reckon he’d do in our new Reasonably Fast Car, the Toyota 86? “I always did okay. My wife says I’m an erratic driver but that’s because I do like to go a little faster than I should—within the realms of safety, of course.

“When Nick Frost and I did it [the TG track], I think I came in two-tenths of a second slower than him. Which was right. Because he’s an Essex boy. But I think I’d do okay in the 86.”

Ask him about games however, and he lights up. “I was never a racing game guy, because I always loved playing first-person shooters. But there was a game I really used to love in the student union at Bristol, called Road Blasters. It was very basic: a single-track road, going along and picking up rocket boosters and stuff.

“But my all-time favorite has to be Mario Kart. It’s brilliant. My daughter plays it now, and she’s better than me, annoyingly. For sheer fun, it’s just fantastic.” 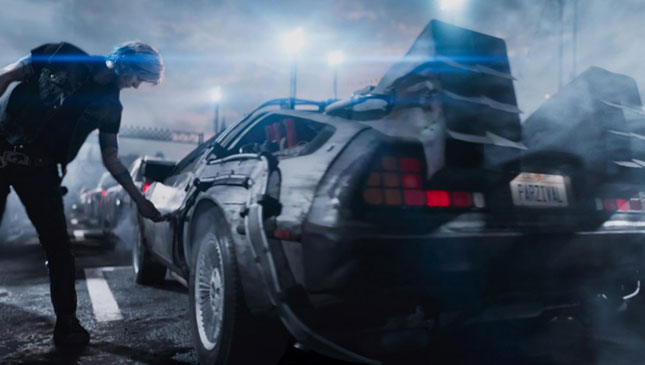 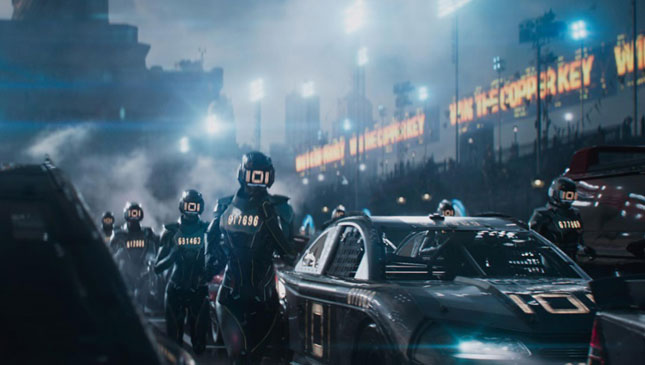 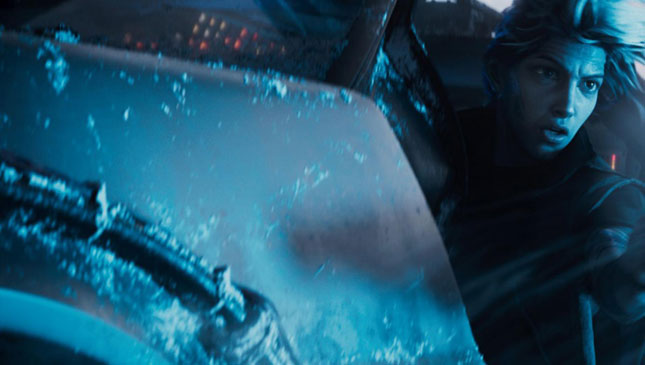 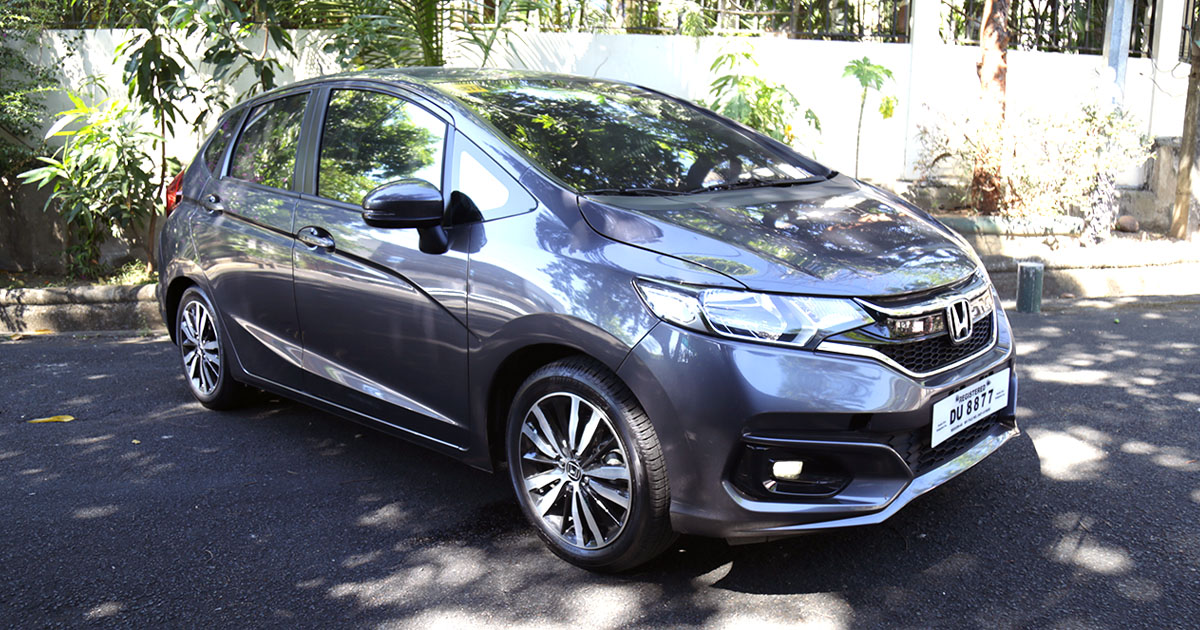 It's hard to go wrong with the 2018 Honda Jazz
View other articles about:
Read the Story →
This article originally appeared on Topgear.com. Minor edits have been made by the TopGear.com.ph editors.
Share:
Retake this Poll
Quiz Results
Share:
Take this Quiz Again
TGP Rating:
/20