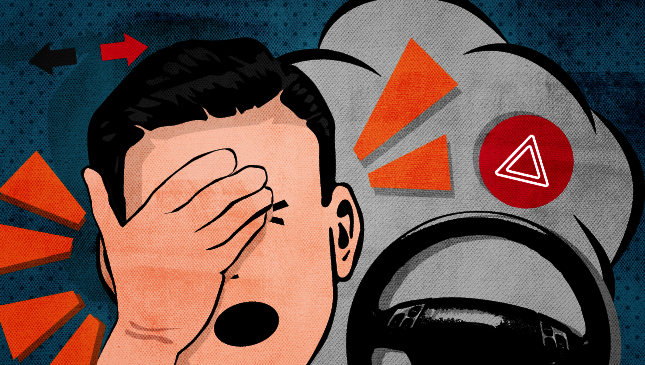 We all know that you're not supposed to overspeed, blitz through red lights, or cut off other drivers in traffic. But there are other not-so-obvious manifestations of bad behavior that many local drivers think are normal. Let's take a look at some of the more common ones, why they're wrong and what to do to correct them.

1. The five-minute warm-up. Engine oils and parts need to be warmed up before use. They do not, however, need to be warmed up for this long. Even in the coldest weather you'll see in the Philippines, the time it takes to belt up and adjust the mirrors is enough to get the oil circulating.

What's right: As with people, the best warm-up for cars is light exercise. "Walk" the car for a few blocks at low revs before "jogging." And once the temperature gauge reaches normal or the "cold" light goes out, you can finally let it "run."

2. Abusing the hazard button. This is technical editor Ferman Lao's pet peeve. Hazard lights are used by many drivers to drop off passengers in the middle of the street, make illegal U-Turns or go against the flow of traffic on one-way streets.

What's right: If you wouldn't do it with your hazards off, don't do it with them on. Blinking yellow lights don't make you immune to traffic-violation tickets or accidents.

3. Blinkers in the rain. We've covered this before, and we'll keep covering it until drivers finally wise up.

What's right: If you can't see, pull over to the right and get off the road as soon as possible. If you're driving at 100kph in the blinding rain with your hazards on, you are either reckless or simply misinformed. We hope it's the latter.

4. The zombie stare. Many drivers suffer the "Wandering Eye," distracted by cell phones, underwear billboards, and the occasional supercar. But that's obviously wrong, so we'll cover something less obvious: staring down the road. This causes tunnel vision, where things even slightly to the side fade from view.

What's right: Your eyes should scan back and forth, and occasionally to the mirrors to "refresh" your mental map of traffic, identifying potential dangers like pedestrians and tricycles waiting to dart across the road. This also allows you to identify escape lanes in case you need to swerve to avoid an accident.

5. My lane! Insisting on your right of way in traffic is a nasty habit. If you don't move forward when the car in front of you does, it's both impolite and dangerous to suddenly zoom forward to block people trying to merge. If you collide, you will be found at fault!

What's right: When roads narrow from two lanes to one, it's also polite to practice alternate or zipper merging, ensuring that traffic moves freely behind you.

6. Mixed signals. See that turn-signal stalk beside the steering wheel? You're not supposed to use it while making a left turn in traffic.

What's right: You're supposed to signal 50m before making a left turn. Or a right turn. Or when changing lanes. Letting other drivers know where you're going makes it easier for them to avoid you. Oh, and make sure to turn off your signal afterward. Nothing is more irritating than someone driving down the highway with their turn signal or high beams permanently on.

What's right: High beams are only for use in complete darkness, where you need to see hundreds of meters ahead. Otherwise, they irritate drivers sitting in front of you and blind oncoming drivers. They don't actually light obstacles right in front of you, like that sharp piece of debris the car in front of you just swerved around. You could have seen that debris if you weren't tailgating.

8. Tailgating. Safe following distances on the road are measured in time, not distance. This is because distance increases the faster you go.

What's right: The oft-quoted two-second rule prescribes a distance of two car-lengths at 20kph, five at 60kph and 10 at 100kph. Yes, even if you're five cars away at 100kph, you're too close. "My reflexes aren't that slow," you might say. While people can indeed react to brake lights in less than a second, responding to unexpected hazards can take an extra 1.5 to 3 seconds. Hazards like passengers jumping from buses, truck tires exploding, or wheels flying off decrepit old vans.

If, on the other hand, someone is tailgating you dangerously, pull aside and slow down gently, to encourage them to overtake you. If you ignore this, you might find yourself involved in a multi-car accident, like the poor driver who got sandwiched between two buses recently.

9. Leftist philosophy. No, we're not talking politics. We're talking about the left-lane habit.

What's right: People, "left-hand drive" doesn't mean driving on the left! Granted, the right lane in the city is filled to bursting with immobile jeepneys, roadside vendors and parked cars. But sitting in the leftmost lane on the open highway forces overtaking cars to pass you on your blind side. It's also illegal, by the way, and worth a ticket when the enforcers feel like enforcing the rules. And keeping left on two-lane provincial roads, facing rampaging buses with bad brakes...well, that's just stupid.

10. Riding your brakes or brake-tapping. Brakes have just one purpose: stopping the car. Yet many people use them like an "anti-accelerator," which they tap every time they're going slightly too fast. This is irritating for drivers behind you, and causes a cascade of braking, creating what is called a shockwave traffic jam, which is explained in the video below.

What's right: If you're going too fast, simply let off the accelerator and the car will slow down. When going downhill or coming up to a stop, on the other hand, switch to a lower gear and use engine-braking, and brake only when absolutely necessary. This prevents brake overheating, ensuring maximum braking performance in emergencies. 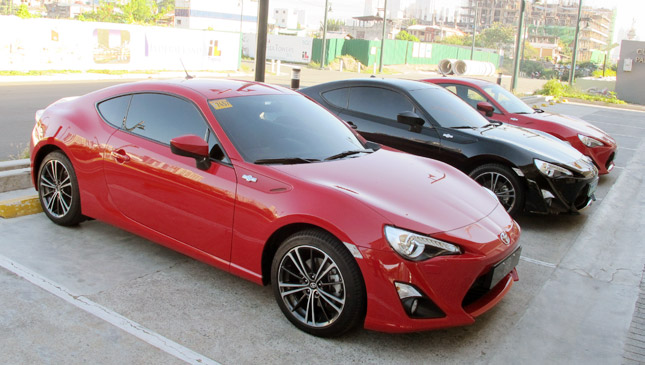 7 ways to know if a car is meant for you
View other articles about:
Read the Story →
This article originally appeared on Topgear.com. Minor edits have been made by the TopGear.com.ph editors.
Share:
Retake this Poll
Quiz Results
Share:
Take this Quiz Again
TGP Rating:
/20