10 things you need to know before you buy a car

Are all car salesmen out to make a quick buck through underhanded means? Read this carefully before walking into a car dealership?
by Paulo Rafael Subido | Aug 1, 2009 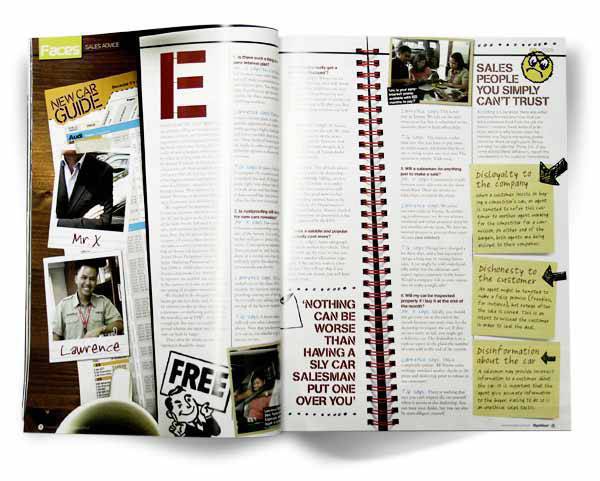 Ever hear the one about a car salesman selling an unsuspecting customer a lemon car? Or how financing numbers are manipulated so that the buyer comes away feeling like he made off with a bargain, when in fact he ended up paying more for the car of his dreams? If you are in the market for a brand-new car, these prospects sound a bit scary. After all, buying a car is one of the biggest material expenses one will make in a lifetime-second only to buying a house. Who wants to be fooled? Nothing can be worse than having a sly salesman put one over you.

We employed the assistance of a former car salesman (whom we shall call Mr. X), and he gave us the lowdown on all the tricks that he had used to make a sale-and maximize his profit. No surprise, then, that he isn't in the business anymore. Of course, there are always two sides to a story, so we also got the help of 28-year-old Lawrence Dizon, Toyota Motor Philippines' three-time Senior Marketing Professional of the Year (2006 to 2008) whose home base is Toyota Cabanatuan City. Not only does he represent the number one carmaker in the country, he is also ranked number one among all his peers nationwide.

We decided to do this piece to help buyers get the best deals, and for reputable salesmen to also air their side. Being a salesman-or marketing professional, the term they use at TMP-is no doubt a tough job. But there is a middle ground wherein the buyer and the salesman can both be happy.

That's what the whole car-buying experience should be about.

1. Is there such a thing as a zero-interest plan?

Mr. X says: Yes, it can be done, but in most cases, some dealerships can still make a commission out of a zero-interest plan. You can get the plan, but then you get no cash discounts. In effect, salesmen are just jumbling numbers.

Lawrence says: There is truth to zero-interest plans. It caters to a specific segment of our clients who prefer giving a higher down payment and lower monthly dues at zero interest. These kinds of financing schemes are made in order to give our clients different options to finance their car purchase.

Top Gear says: It takes a little diligence to compute the numbers, so take time to analyze the deal. If things don't seem right, you always have the option to walk away and buy elsewhere. But it does sound fair that discounts are offset by the zero-interest plan.

Mr. X says: New cars don't need it because rustproofing comes straight out of the factory. It is a service that a sucker will get to ‘protect' his investment. Unscrupulous salesmen will say that you need it, and they will have it done at a second-rate shop where they will only paint the wheel wells. And you actually pay for this.

Lawrence says: This is just an added cost to the client. All Toyota models, for instance, have anti-rust proofing coming out of the factory. So it's really just adding chemicals on top of the factory rustproofing.

TG says: A decent salesman will tell you what Lawrence just said above. Now that you know the truth, it is up to you whether to get the service or not.

3. Do buyers really get a genuine 'discount'?

Lawrence says: At Toyota, yes, discounts are for real. We even publish discounts in the newspapers and on the Internet. And whatever discounts we give, it is standard across all Toyota dealerships nationwide.

TG says: This all boils down to how reputable the dealership is. Selling cars is a business. Therefore, it is understandable that promotions will happen. The good news is that all marketing promos have to be approved by the Department of Trade and Industry. Always check if the promo you are interested in has been approved by the DTI.

4. Does a salable and popular car really cost more?

Mr. X says: Some salespeople will black-market the vehicle. They will mark up the price so that you can get a quicker allocation, especially if the car you want is a hot model. They will say that if you want your car sooner, you will have to pay extra.

Lawrence says: This is not true at Toyota. We rely on the unit reservation list that is submitted to the assembly plant or head office daily.

TG says: The minute a salesman says that you have to pay more to secure a unit, you know that he or she is trying to put one over you. The solution is simple: Walk away.

5. Will a salesman do anything just to make a sale?

Mr. X says: Competition is stiff between every salesman on the showroom floor. There are almost no ethics here, so expect the worst.

Lawrence says: We police our own ranks at Toyota. As marketing professionals, we do not tolerate unethical and unfair practices done by any member of our team. We have an internal process to prevent these types of cases.

TG says: Things have changed a lot these days, and a bad reputation can go a long way in ruining future sales. A car might be sold underhandedly today, but the salesman can't expect repeat customers in the future. Would a company risk its own reputation to make a single sale?

6. Will my car be inspected properly if I buy it at the end of the month?

Lawrence says: This is completely untrue. All Toyota units undergo standard quality checks at the plant and dealership prior to release to our customers.

TG says: There is nothing that says you can't inspect the car yourself when it arrives at the dealership. You can trust your dealer, but you can also be extra diligent yourself.

7. Do salesmen prey on buyers who aren't car experts?

Mr. X says: Some salesmen will lie to you about the specifications of the car you are looking at, even to the point of pointing out features that don't exist. Do your research before going to the dealership.

Lawrence says: I find it easier to sell to a car-savvy client. I don't have to explain the entire product to him. And our discussion and his questions are focused on his areas of interest about the car. For me, it's easier to manage because I can also concentrate on specific features of the unit and position it better for him.

TG says: For a more pleasurable dealership experience, it doesn't hurt to do a little research about the car you want to buy. When you are armed with knowledge, a decent salesman may even help steer you in the right direction. If the salesman rudely challenges what you know and isn't helpful, walk out the door.

8. What are the guidelines of salesmen's commissions?

Mr. X says: Depending on the brand, some salesmen get a percentage of what they sell, and some only get P1,000. This is why some of them do really nasty things. To them, the allure of making big bucks is hard to resist.

Lawrence says: At Toyota Cabanatuan, salespeople are regular employees. We get a monthly salary plus commission based on the units we sell. It's safe to say that our commission lies anywhere from P250 to P5,000 per unit. This is dependent on how far we've exceeded our quotas, as well as on the number of units sold. Salable models have lower commissions compared to high-end models that have a smaller customer base.

TG says: There's a reason some dealerships have more customers than others. The reputation for being fair goes a long way, so don't hesitate to ask around for which dealerships offer a pleasant purchasing experience.

9. Will I be forced into buying insurance from the dealer?

Mr. X says: When you buy insurance from a dealer, 45 percent of it is commission, and most of it goes to the dealership. Some salesmen only get P1,500, and the dealer bags the rest. If you want to buy cheap insurance, don't buy from the dealer. Look outside and get your own.

Lawrence says: It's more convenient to buy insurance from the dealership. If you buy it from us, it's going to be one-stop shopping, eliminating the hassle of processing the insurance and scheduling the repairs. It also reduces the number of people you need to talk to. The price of dealership-sourced insurance is quite competitive given these added values.

TG says: You can always compare the costs between buying insurance outside and getting it from the dealership. Make your decision based on this. And as Lawrence said, the added convenience makes up for whatever the price difference is. However, should the difference be dramatic, you know you are patronizing a shady dealership. Don't sign anything.

10. Can a salesman railroad me into buying a car using bank financing, even when I'm ready to make a cash purchase?

Mr. X says: When it comes to financing, the dealership can sometimes get as much as nine percent of the monthly payments, depending on how long the payment scheme is. This means they will make less money out of the deal if the car is bought in cash. Thus, a salesman will sometimes say that units are not available if you offer to pay the full amount.

Lawrence says: This is false. The type of payment scheme to be used will be entirely dependent on what's convenient to the client. We are just there to help process their preferred mode of payment.

TG says: If you sense that the salesman is insisting on a financing deal even when you're already offering to pay in cash, chances are he's one of the unethical ones. Buy your car elsewhere. Lawrence, meanwhile, claims he has already sold a number of vehicles on a cash basis. Let's hope you meet a car salesman like him.

Q & A with Jonathan Tiu
View other articles about:
Read the Story →
This article originally appeared on Topgear.com. Minor edits have been made by the TopGear.com.ph editors.
Share:
Retake this Poll
Quiz Results
Share:
Take this Quiz Again
TGP Rating:
/20