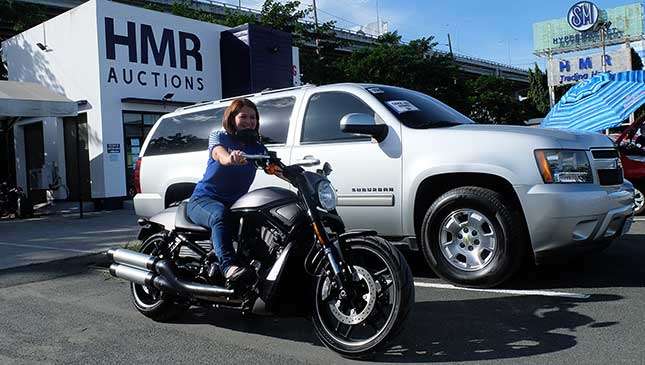 Is there a better indicator of a booming business for HMR Auto Auction than the increasing number of passenger vehicles being auctioned and participating bidders after a year of operation?

In 2016, the company started auctioning 150 cars per month. Now, the figure we're talking about is 300 cars per month. This year, they're auctioning 200 motorcycles per month—that's up from 100 motorcycles for each auction, which happens every month. When it comes to partner banks, HMR used to have one, and now it has five. Big bikes are also now being auctioned. In the past, only underbones and scooters are on the list.

Among the three best-selling secondhand cars are the Toyota Vios, the Ford Ranger and shuttle vans of different brands. Also up for grabs at the upcoming auction day is a Harley-Davidson Night Rod Special with only 700km on the odometer.

But HMR will not sit on its laurels. Not yet. It wants the public to know that buying pre-owned vehicles through auction is efficient, transparent and affordable. So for a painless purchase, here are some things you should take note of:

1) Participating bidders are given a catalogue containing photos and a brief description of the vehicles for auction.

2) There’s no need to bring cash during the auction proceedings. Payment is made after the consignee has agreed on the bid price. The buyer has three days to pay for the car. Failure to do so would result to the confiscation of the P20,000 bid deposit.

3) There is an in-house financing package available for buyers.

4) In case the bidder gets sick or is caught up with an emergency situation, absentee voting is allowed during the auction. The sales staff is also trained to facilitate the bid placement even via cellphone communication with the bidder.

5)  As standard procedure, HMR allots one week for the viewing of the vehicles for auction before the bidding day. With the help of company staff, the bidders can inspect their desired cars inside and out. Although test drives are not allowed, they are allowed to start the engine.

7) The winning bidder pays a so-called "buyer’s premium," which is an additional 5% of the total bill for passenger cars and 10% percent for motorcycles.

8) There is no online auction for vehicles at HMR. Auto auctions are done live in the facility once a month.

9) When the highest bid is declared, the auctioneer bangs the gavel to signal that there’s already a winning bidder.

10) HMR's auto auction is not only about bidding. It’s a family affair with entertainment and free drinks, and for the anniversary celebration, exciting raffle prizes.

Just a warning to prospective buyers: Attending auto auctions can be addicting. 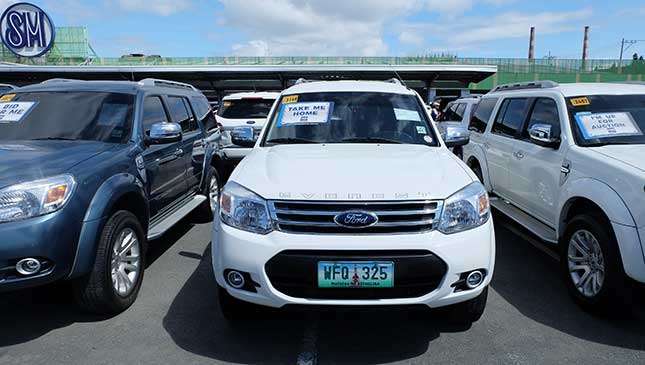 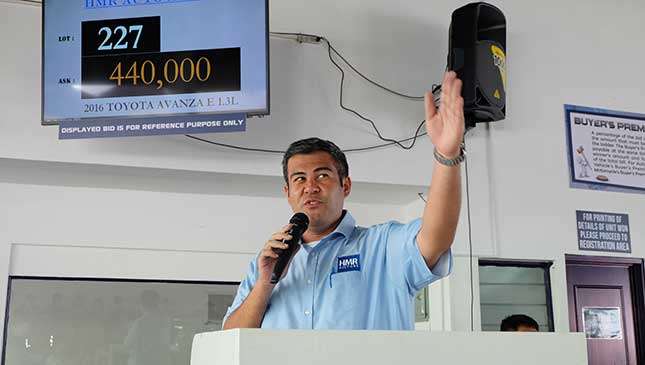 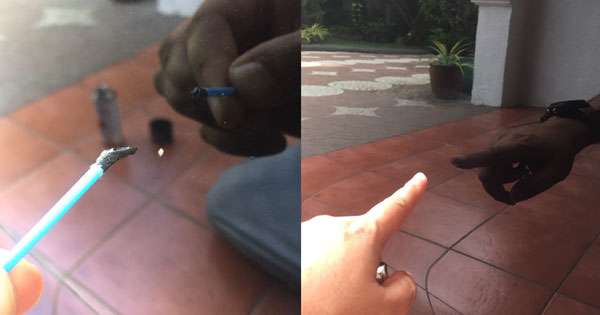 Touch-up or hilamos? What to do with your car paint's blemishes
View other articles about:
Read the Story →
This article originally appeared on Topgear.com. Minor edits have been made by the TopGear.com.ph editors.
Share:
Retake this Poll
Quiz Results
Share:
Take this Quiz Again
TGP Rating:
/20