The safe way to deal with a high-speed tire blowout 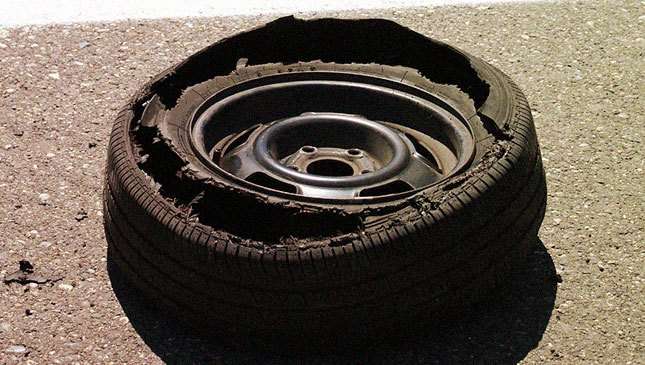 It was the summer of ’99—which tells you how old tito Andy is—and my friends and I were speeding home on the highway after a weekend at the beach. It had been a real life The Hangover, and I was fighting boredom and fiddling with the CD player when I first noticed the car feeling a little squirrely at the rear.

When I changed lanes, it was as if the rear was taking a moment’s hesitation to follow and then stay straight. I chalked it up to the crummy, pockmarked surface of the highway during those dreadful pre-SCTEX days, and the fact that I was dealing with a throbbing headache brought about by three cheap coffees.

As I accelerated to maintain 120kph (there was no speed limit then), I failed to notice the rear end feeling lighter than ever despite having three passengers at the back. Then it happened in an instant, a frightening “boom!” that woke up all my friends who screamed in what could have been certain death and destruction.

I exaggerate, of course, because I wouldn’t be writing this if things had turned out tragic. As luck turned out, I’d benefited from a rally driving course sponsored by Honda Cars Philippines that year as part of their promotional efforts for the City, so I had prior experience dealing with less-than-ideal driving conditions. While I would never be the next Ken Block, the slippery nature of rally driving taught me how to handle a car with confidence, especially the basics of controlling weight transfer and limited traction.

In the first few seconds after the tire went kablooey, I did the following safety procedures quickly (and so should you):

1. Lay off the accelerator, but stay off the brakes.

2. Assess which tire has exploded.

3. Signal to the side of the road, using as much of the car’s own deceleration to come to a stop.

4. Gently (very gently!) apply the brakes as needed while keeping a firm grip on the steering. Be ready to countersteer.

A quick glance at the side mirror told me the left-rear tire had gone, which meant the car would be reasonably stable so long as I didn’t make any jerky movements. I signaled to the right, feathering the brakes just enough to slow the car down, but not so much that the car would fishtail. We finally came to a stop less than 30 seconds after the blowout.

I turned on the hazard lights, got out the EWD, and went to work on the spare tire. Pieces of the tire carcass were all over the road behind us. We’d all gotten a good scare and I still had around 15 minutes of grunt work to change the tire, but we were safe.

If you have ever had to visit a vulcanizing shop, you already know that the odd nail that pierces your tire won’t automatically make you hurtle through the air like a Fast and the Furious stunt double. Modern tires are designed to retain small foreign objects that pierce its belts in order to create a safer "slow leak" than a potentially catastrophic blowout. Still, this doesn’t mean you can take your sweet time getting it fixed. Tire blowouts are a relatively rare occurrence among modern passenger vehicles these days, but they can still happen.

The main reasons why a tire explodes are the following:

1. A large cut that causes a rapid deflation and loss of control, like when super villains machine-gun your car.

4. Overloaded vehicles on old, worn-out tires. As heat builds up inside the tire, the pressure also goes up to a point where the carcass could blow at its weakest point.

A slowly leaking tire won’t noticeably feel different at first, but given enough time, it will become so soft that it will deform to the point of shredding its carcass and possibly going exploding. For the daily commuter who spends just an hour or two on the road in gridlock, this is a very rare possibility. But for the road tripper clocking in hundreds of kilometers at highway speed, this can be life-threatening. One only needs to see the occasional, overturned vehicle on the highway and note the blown bits of tire strewn all over the road to see the dangers of this happening to anyone.

Forewarned is forearmed, so before you set out on a relatively long drive, perform the following checks:

1. Check all tires for wear and nails, screws or other foreign objects that may have gotten stuck in the tread. Get these taken out and have your tire properly fixed (or changed, if necessary) ASAP.

2. Regularly do a walk-around of your car before every drive, taking note of the tire pressure. If one tire looks softer than the rest, give it a thorough inspection for any slow leaks.

3. Have your tire pressure set every week in the morning while they’re still cold. They’ll lose around 1 to 2 psi during the week and that’s fine. Don’t forget the spare!

4. Make sure you have all the spare kit essentials: the tire, the wrench, EWD, lug nut adapters, tire jack. You do know how to fix a flat, right?

5. Don’t ever let your tires reach the nearly bald state. Do the coin test: Stick a P1 coin into the belt, and if you can see the entire head of Jose Rizal, then you definitely need to get new tires. 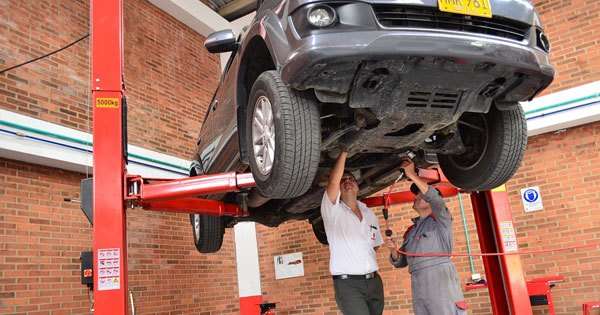 Should you get your car serviced before or after Holy Week?
View other articles about:
Read the Story →
This article originally appeared on Topgear.com. Minor edits have been made by the TopGear.com.ph editors.
Share:
Retake this Poll
Quiz Results
Share:
Take this Quiz Again
TGP Rating:
/20