A handy guide to testing and replacing an alternator

Have you ever had your car battery die on you prematurely? Before replacing it, it may be a good idea to give the car’s electrical system a once over. The alternator charges the battery and supplies electrical energy to all powered systems. It turns mechanical energy from the engine-spun pulley into electrical energy stored by the battery or directly used by electrical accessories. When the internal components of the alternator like the rotors, the brushes and the voltage regulator start to wear out, you will notice the following symptoms:

The voltage may dip too low and you will notice the headlights can’t illuminate the road well. If you rev the engine up, the voltage will spike and the lights get brighter.

The large motors needed to roll up the windows require a lot of electrical juice. If the alternator can not crank up enough voltage and amps, the direct current motor will not spin fast enough.

A slipping alternator pulley belt will not be able to transfer mechanical energy to spin the alternator rotor and its magnets, resulting in inefficient electricity output.

If your car’s dashboard battery icon lit up, that’s an in indicator of a fault in the electrical charging system.

While driving, your engine might stall due to it staving from fuel. The fuel injectors are demanding more electricity and are sensitive to voltage fluctuations, so anytime your alternator stumbles to provide it, the injectors can’t pump fuel into the cylinders.

It’s a simple task to check the alternator. First, look at the physical condition of the alternator. It could be deep inside the engine bay and full of grease and crud. That gunk alone can cause it to function inefficiently. Inspect the pulley and the belts. A misaligned pulley will cause the whining noise, and if the belts are frayed or glazed, it means it’s slipping and causing audible squeaks.

If your car has an OBD 2 diagnostic port, you could plug a code reader and pull up a fault code referring to the charging system or one pointing out a more specific code for the alternator. If you have a multitester, you could test the charging voltage. Connect the red lead of the multitester to the positive terminal on the battery, and the black lead to the negative terminal of the battery. Set the multimeter to read DC voltage at a maximum of 20 volts; a good battery will have at least 12.5 volts. Leave the multimeter connected and start the car; a properly charging battery, on the other hand, will read over 14 volts but not higher than 16. 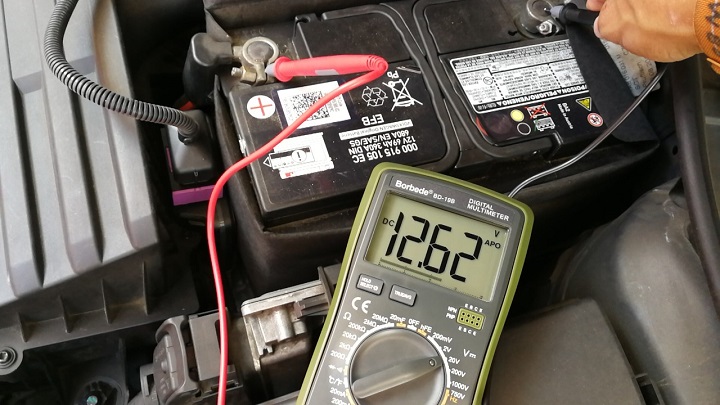 If it reads higher than that, it means the voltage regulator on the alternator is malfunctioning. If the battery constantly reads above 14 volts, start turning on all electrical accessories. The headlights alone, especially halogen bulbs, will be drawing up a lot of energy. If you added a light bar, even if it’s the low current draw LED version, it will be drawing up more electricity. Turn on the fog lights, infotainment system, interior lights, etc. The voltage reading should not dip below 13 volts. If it does, you may have added too many extra accessories that the charging system can’t keep up. You’ll need to upgrade your alternator to one that cranks up more amperage.

If your alternator cannot charge the battery above 12 volts, this means it failed the test and you need to replace it. Otherwise, your new battery will fail early, too. If you’re brave enough to loosen big bracket bolts, deal with serpentine belts and can spare a weekend wrenching in the garage, changing the alternator is fairly straightforward.

When working on the electrical system, always disconnect the battery from its terminals. Disconnecting the positive terminal alone should be enough. Allow time for the capacitors to lose their charge, which can take a few minutes. Otherwise, you can still get a buzz or cause a short circuit if you touch the wrong wires. Don’t forget to put the transmission in Park and pull the parking brake.

2) Disconnect terminals on the alternator.

3) Unbolt from the brackets. 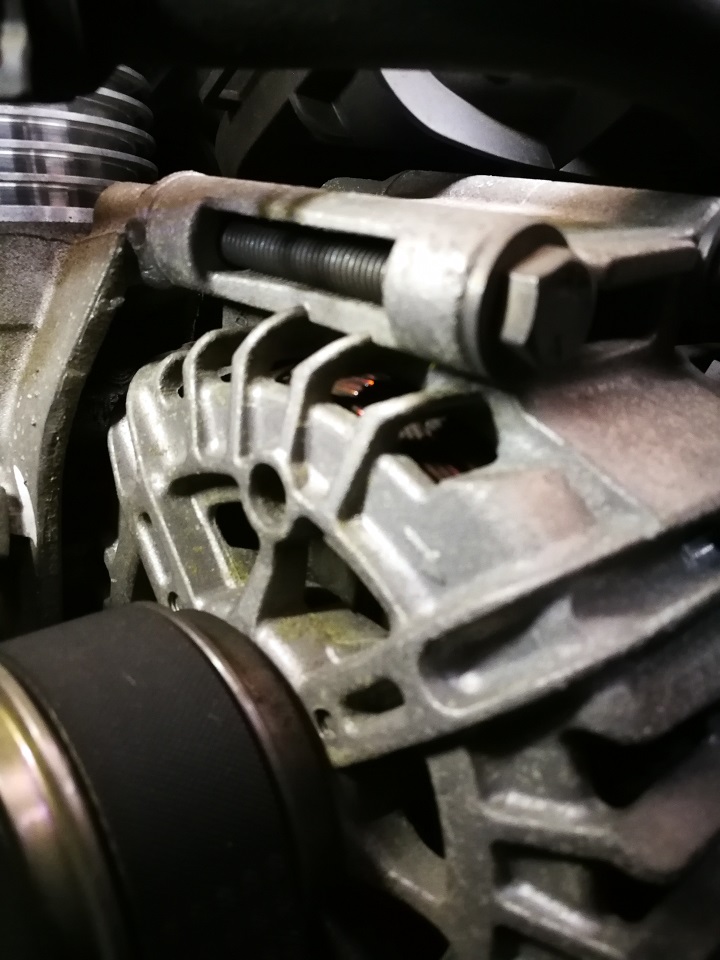 The alternator is not only physically anchored using these bolts, they are negatively grounded to the car through these brackets, too. Make sure you clean any corrosion you find in there, to maintain a good circuit.

If you’re just replacing with an alternator having the same specifications, make sure it matches the old one. If you’re upgrading, check that the bigger alternator fits in and the bracket holes should align perfectly and use the same size bolts. 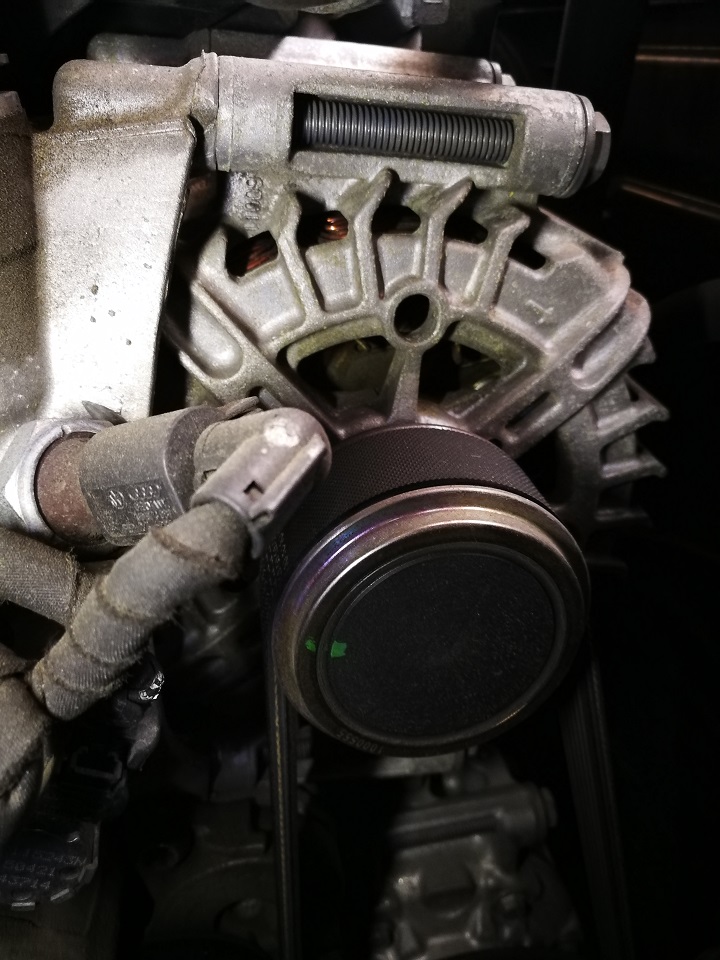 Being a stressed part, connected to a pulley spinning thousands per minute, the alternator will be heavily bolted on using at least three long bolts. Thread the main bolt first and hand-tighten it. After tightening all the bolts by hand, use a torque wrench to cinch them to specified tightness. 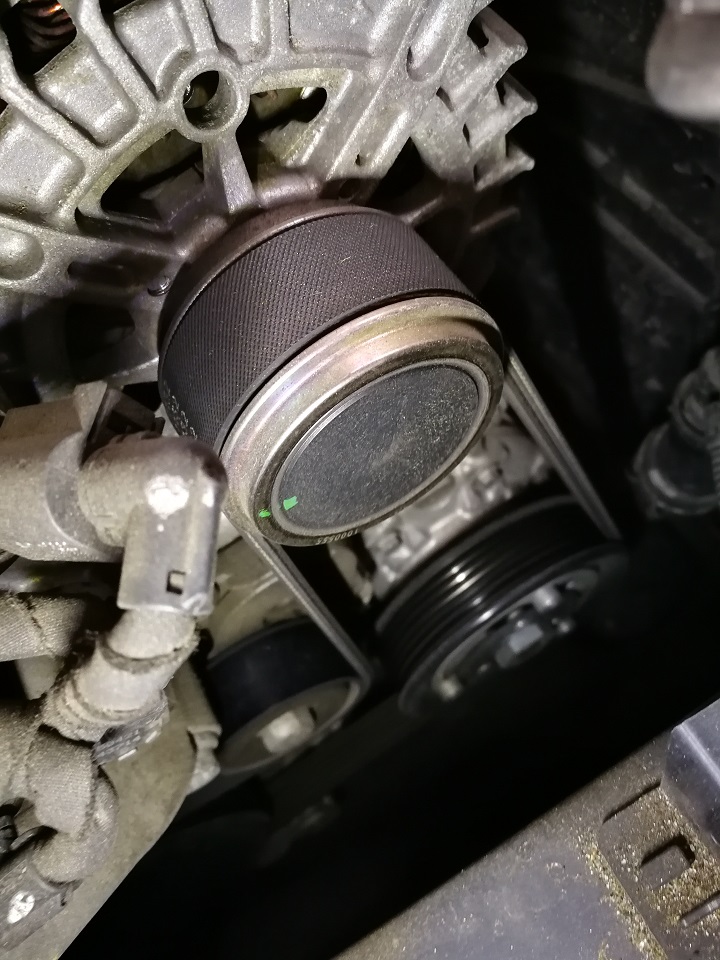 Even if the old belt looks new, its a good idea to replace it.

If the belt tension is not self-adjusted by a tensioner pulley, it will have manual adjustment. Too loose and it will slip, too tight and it will bind and squeal when you start the engine.

Recheck the charging system with the multimeter. Make sure that the dashboard warning light is off. While driving, there should be no engine hesitation from sputtering injectors, and no stalling either. 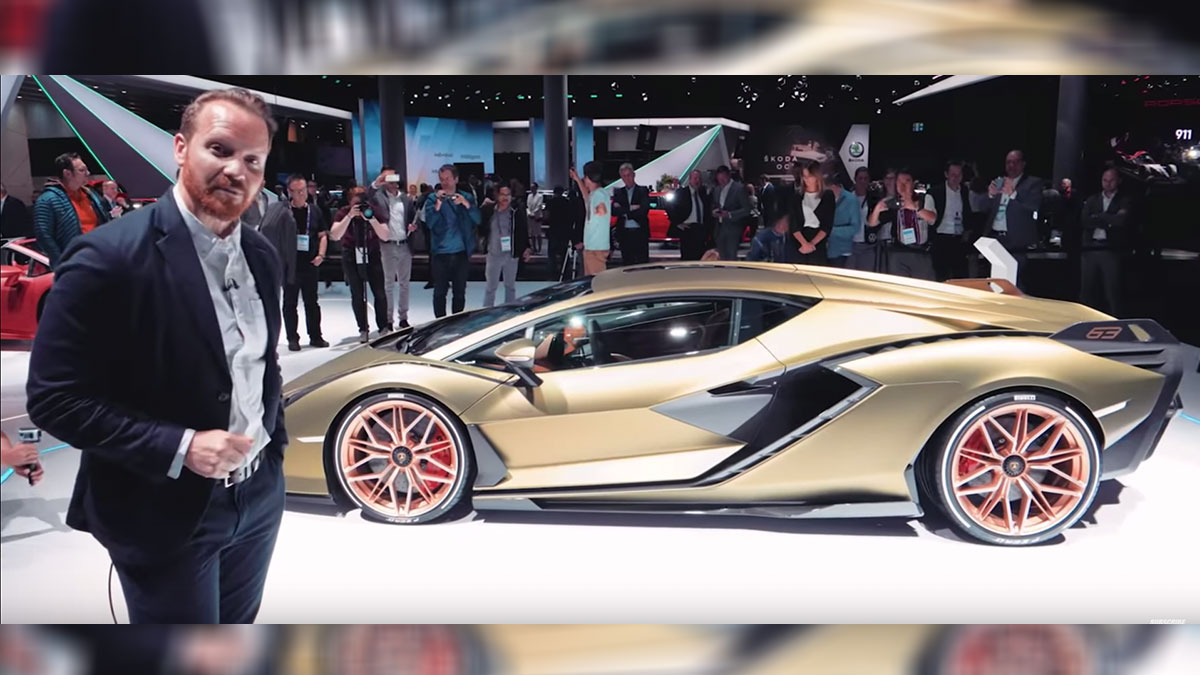