Must-know: All the basic road markings in PH and what each one means

Reading road markings is an important skill for new drivers, yet it's one that even veteran drivers seem to lack. Perhaps it's because our road signage and markings seem to be in a perpetual state of flux, and even the authorities painting them often seem puzzled by where they should actually go.

When you find lane markings directing you into a telephone pole planted in the middle of the road, it's probably best to use your better judgment instead. Even so, it can't hurt to familiarize yourself with these basic lane markings, because they might save your life. 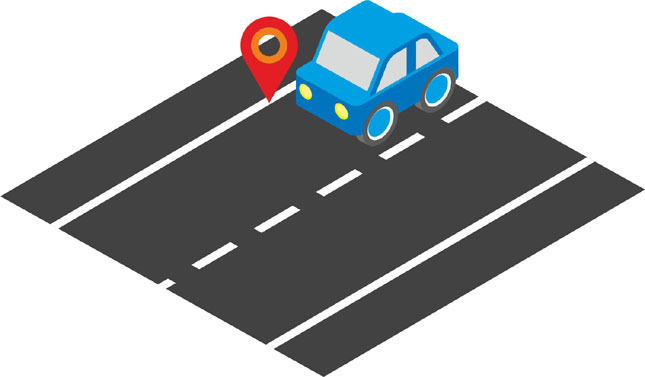 1. Solid white shoulder line. This denotes the edge of the roadway. Any asphalt or concrete surface beyond this line should not be used during the normal operation of your vehicle. 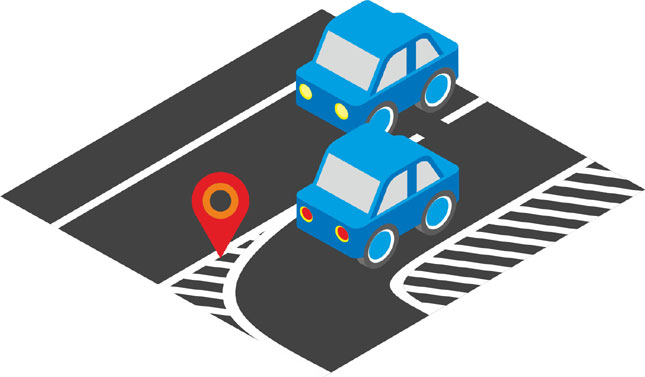 2. Diagonal white lines. An area filled with diagonal white lines and bordered by solid white lines is not considered part of the roadway, and vehicles are expected to stay off unless there is an emergency. These areas are often used to ease the flow of traffic where roads diverge or intersect. 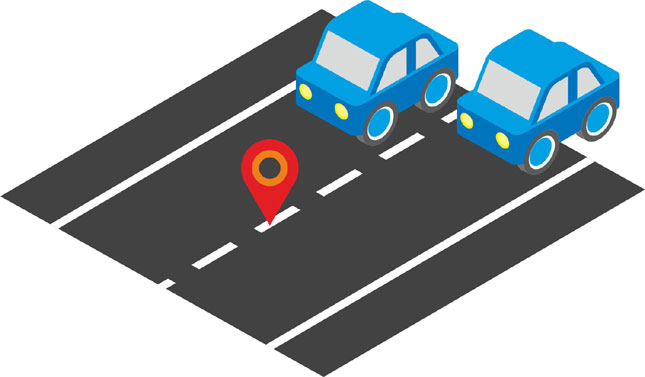 3. Broken white center line or lane divider. This denotes the center of a two-lane road, or marks the division between lanes on multi-lane roads. It is a reminder to stay in your lane. Straddling the line is illegal and punishable under the law. As the line is “broken,” however, this means it is legal to cross it when overtaking or changing lanes. Bear in mind that vehicles continuing in a straight line within their lane automatically have right of way, so wait your turn. 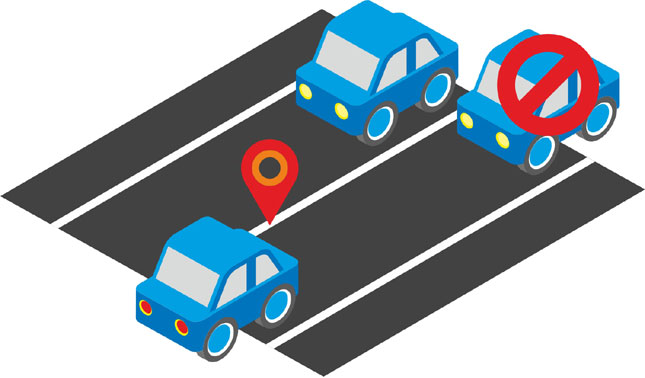 4. Solid white center line. This is often used to divide traffic on a two-way multi-lane road. As this is a solid line, you are discouraged from overtaking over it unless the way is absolutely clear. 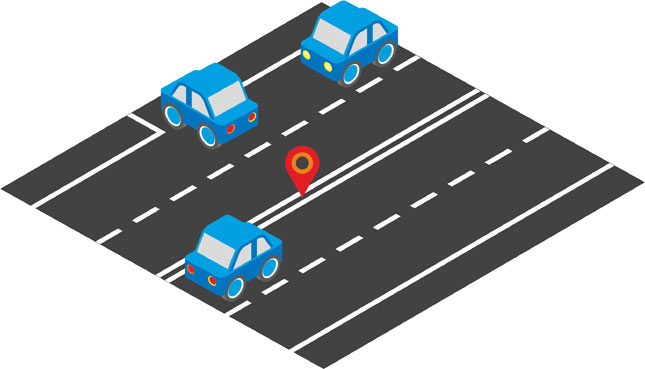 5. Solid white double center line. You are forbidden from overtaking over this line, but you may make left turns over it, provided the way is clear. Remember, however, that oncoming traffic still automatically has right of way. 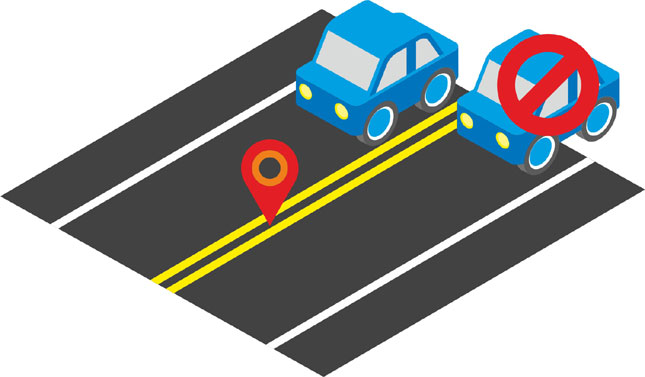 6. Solid yellow double center line. As we noted a while back, this line indicates that it is unsafe to overtake at any time. It is often found around blind curves or in areas where fast-moving two-way traffic meets on an undivided road. 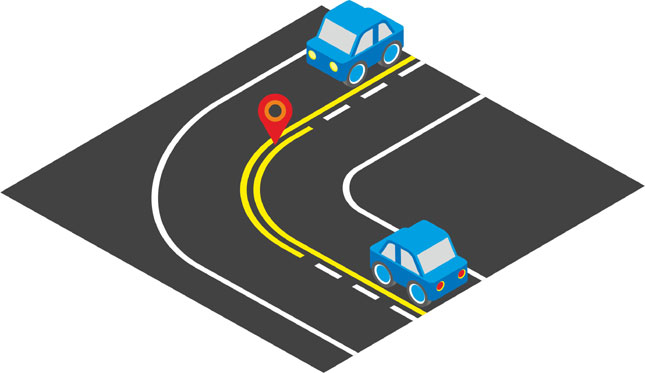 7. Mixed center line/solid yellow with broken yellow or white line. This indicates that only one side can overtake--the side with the broken line. This is often found entering curves where the view is obstructed coming from one direction, but is clear from the opposite side. 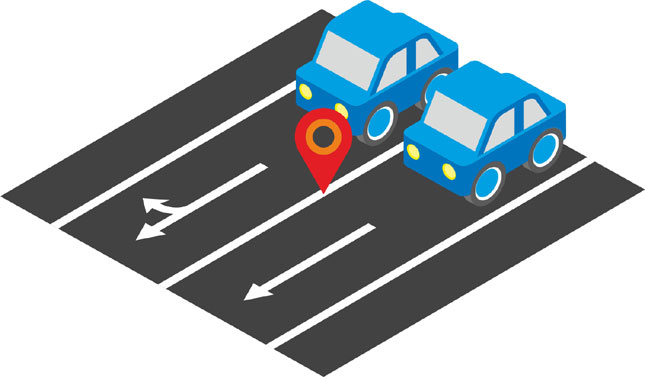 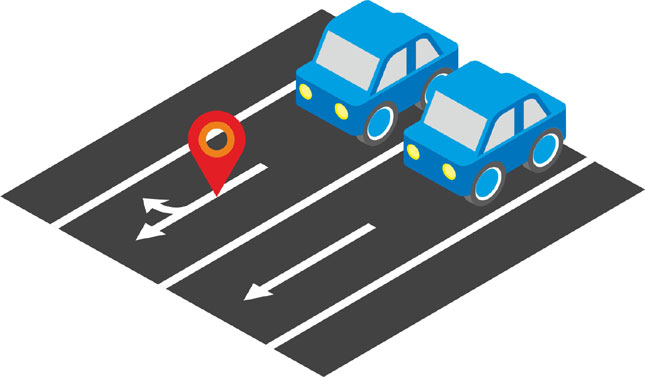 9. Directional arrows. When combined with solid white lane dividers, they indicate which directions you are allowed to go within a lane. If the arrow points forward only, you cannot make a turn from that lane. If it points forward and to the side, you can either go straight or turn. If it points only to the side, you must turn within that lane. Ignoring these arrows might just get you a ticket, or worse, get you into an accident. 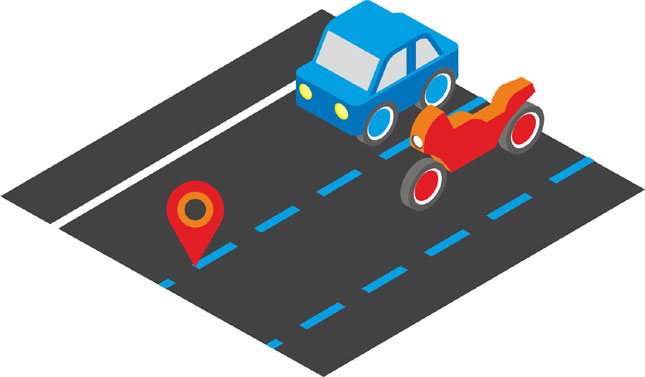 10. Broken blue lane divider. This indicates the motorbike lane along major thoroughfares. The broken line indicates that you can move into and out of it, but the lane is preferentially for motorbikes. 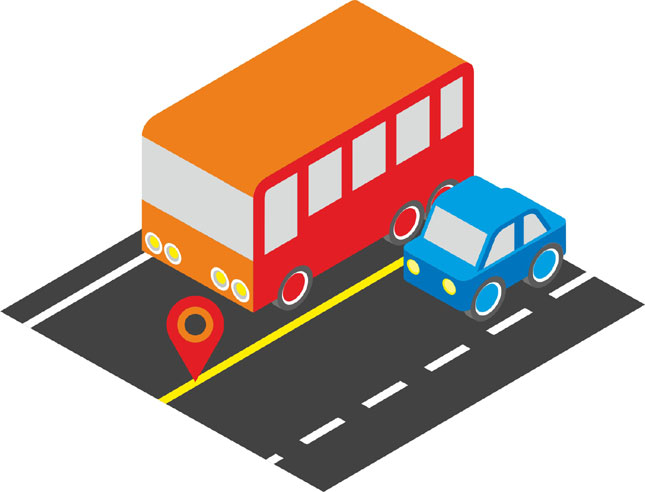 11. Solid yellow lane divider. This indicates the bus lane on EDSA, but can also be used to indicate bicycle lanes in some areas. Bicycle lanes may also be indicated by solid white lines on the side of the road. 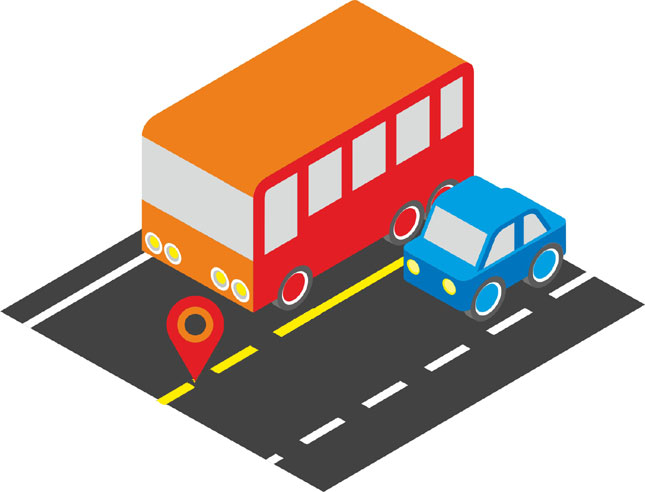 12. Broken yellow lane divider. This indicates areas where you can merge into the bus lane in preparation for turning off EDSA. 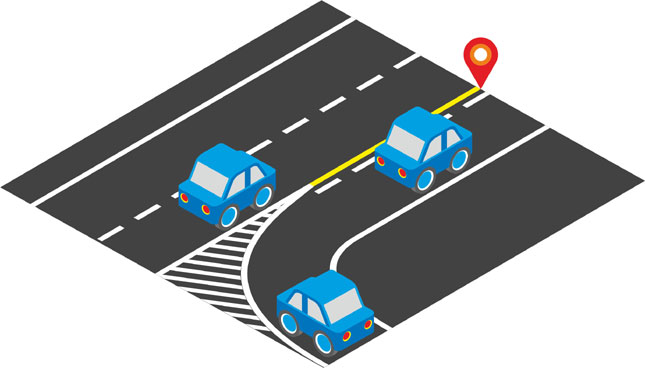 13. Mixed double lane divider/solid yellow with broken yellow or white line. This indicates that traffic on the solid yellow side cannot cross lanes, while traffic on the other side may do so if the way is clear. This is often used where smaller arteries merge into main roads or where feeder roads merge onto the highway. 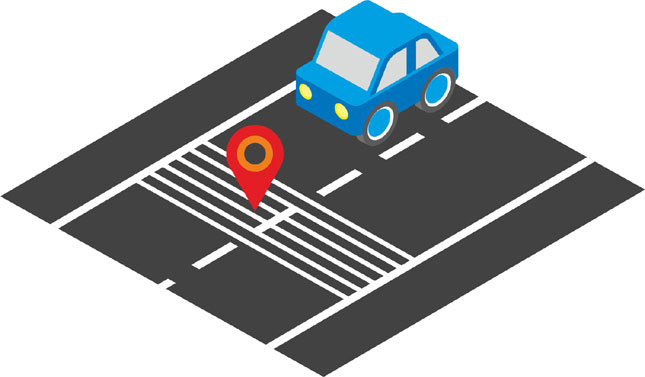 14. Rumble strips. These tightly spaced horizontal white lines not only give your car's suspension a bit of a workout, they also indicate hazards ahead, such as dangerous curves or merging traffic. 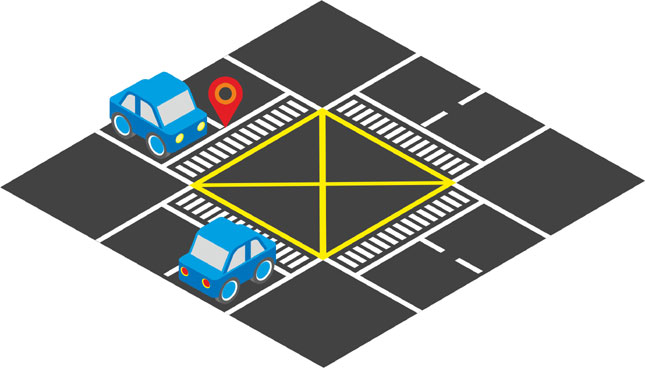 15. Solid white horizontal line. This indicates where you must stop at a stoplight or stop sign. 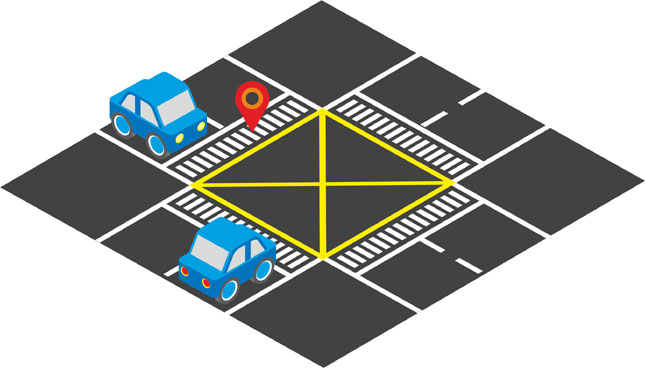 16. Zebra crossing. This indicates a pedestrian crossing zone. Stopping over this at a red light is a traffic violation, so make sure to pay attention to those light timers! 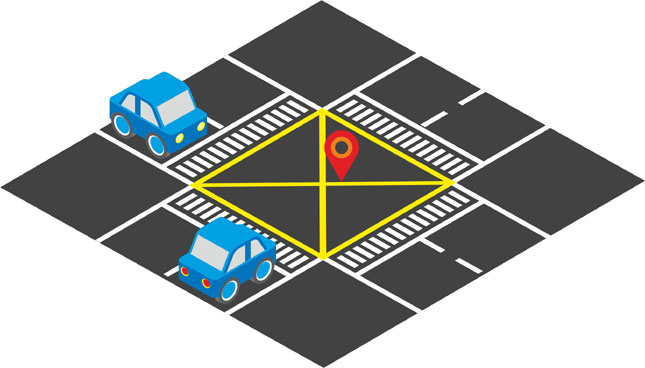 17. The yellow box. This box indicates the part of the intersection that must--by law--be kept open at all times. Even if you have a green light, if the traffic is stopped on the other side ahead, it's best to wait until there's enough space for you to clear the yellow box. Even in the absence of a light, the yellow box must be kept clear.

Memorize these road markings and you will be more law-abiding than 90% of drivers on Philippine roads, guaranteed. And hopefully safer as well. 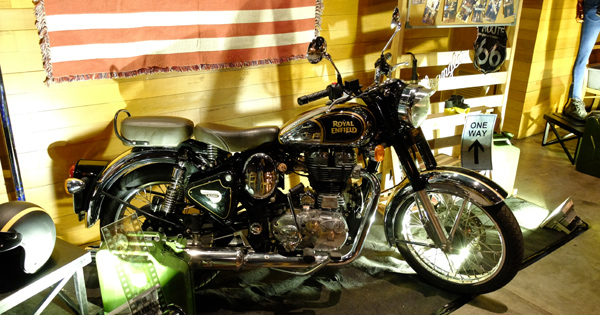 Wrangler PH is giving 10 dudes a shot at owning this Royal Enfield motorcycle
View other articles about:
Read the Story →
This article originally appeared on Topgear.com. Minor edits have been made by the TopGear.com.ph editors.
Share:
Retake this Poll
Quiz Results
Share:
Take this Quiz Again
TGP Rating:
/20