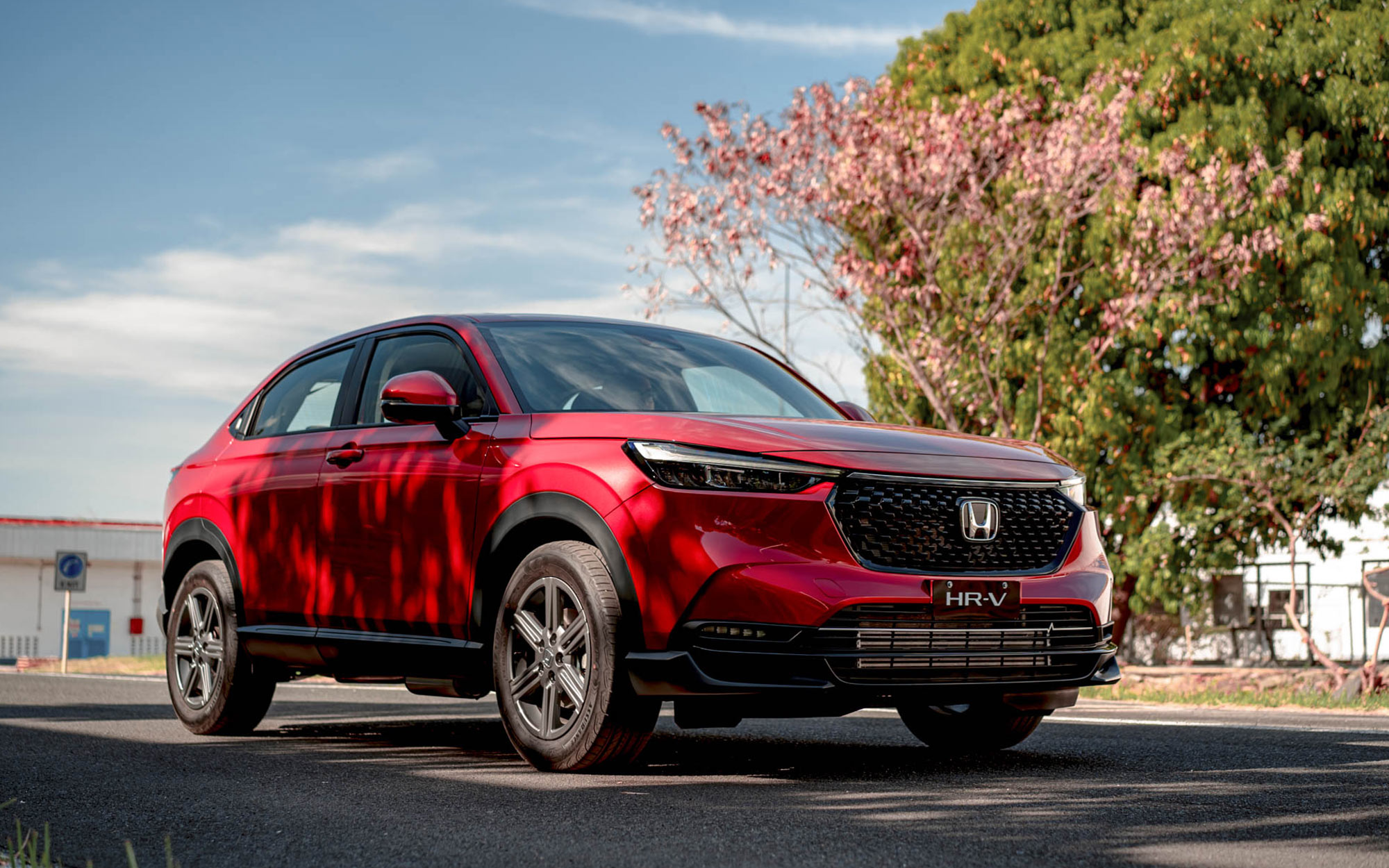 If you’d told people several years ago that the Ford EcoSport would meet its swift end on a chopping block in 2022, you’d likely have been met with a couple of raised eyebrows. The model was, at the time, a mainstay on local roads and a constant presence on the American car brand’s sales charts.

Yet here we are, the EcoSport dead. A pioneer rendered obsolete by an influx of Chinese-built alternatives (like Ford’s own Territory, which recently found its footing locally). It’s a situation that has put the entire segment on notice—more so if you’re a premium-leaning offering that also has to deal with the prospect of buyers moving up the size chart.

With a starting price of P1,250,000 and a top-spec variant that will set you back a cool P1,598,000, the all-new Honda HR-V fits squarely into this predicament. As we’re finding out today, though, the brand isn’t buckling. Instead, Honda Cars Philippines has doubled down on the model’s local presence—bringing in one of the most well-rounded and refined small crossovers in the market.

For 2022, the HR-V sports a drastically different exterior—not just in the sense that this is ‘all-new,’ but also in that it has gone the direction many other crossovers have and decided it’s an SUV trapped inside the shell of something smaller. 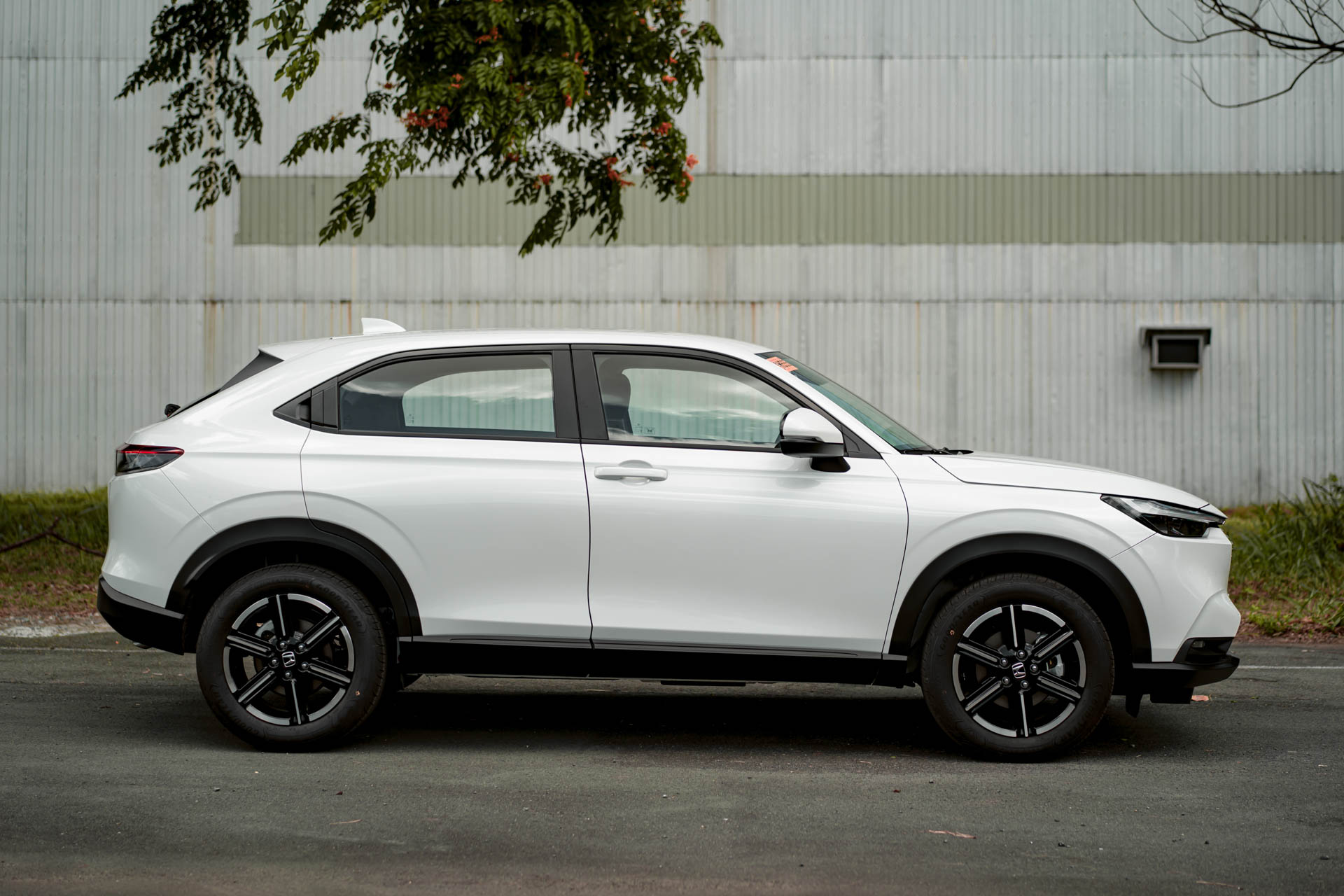 The all-new Honda HR-V is about the same as the Geely Coolray and just a notch above something like the Chevrolet Tracker. Despite its humble dimensions, though, several design cues help lend it a more considerable road presence. This includes the face, which features a large grille, aggressive swept-back headlamps with popping LED daytime running lights, strong shoulders, and a rugged front bumper.

This isn’t to say that Honda has gone all-out on beefing up its newest entry. Clean sides and simple character lines give the vehicle a relatively minimalist feel, and the entire package begins to look more crossover-ish thanks to a tapered roofline and a nicely rounded-out rear. The taillights, in particular, are a thing of beauty.  The rear lighting elements make up a unified design, with a central strip that illuminates together with the brake lights. Very snazzy stuff.

It’s worth noting that the base version has a few advantages over the top-spec offering when it comes to design. The 17-inch wheels on the less expensive variant get a more attractive two-tone color scheme, and we actually prefer its simpler grille design, too. It also also has 196mm of ground clearance—15mm more than its pricier counterpart.

While Honda does manage to give the HR-V a larger vibe from the outside, there’s only so much it can do to achieve the same with the cabin. Yes, the sloping roofline we mentioned earlier means a sportier-looking rear, but it also results in a noticeable lack of headroom for second-row passengers. But other than that scarcity of vertical real estate, everything else is about expected for the segment—which means some intelligent use of space is called for. 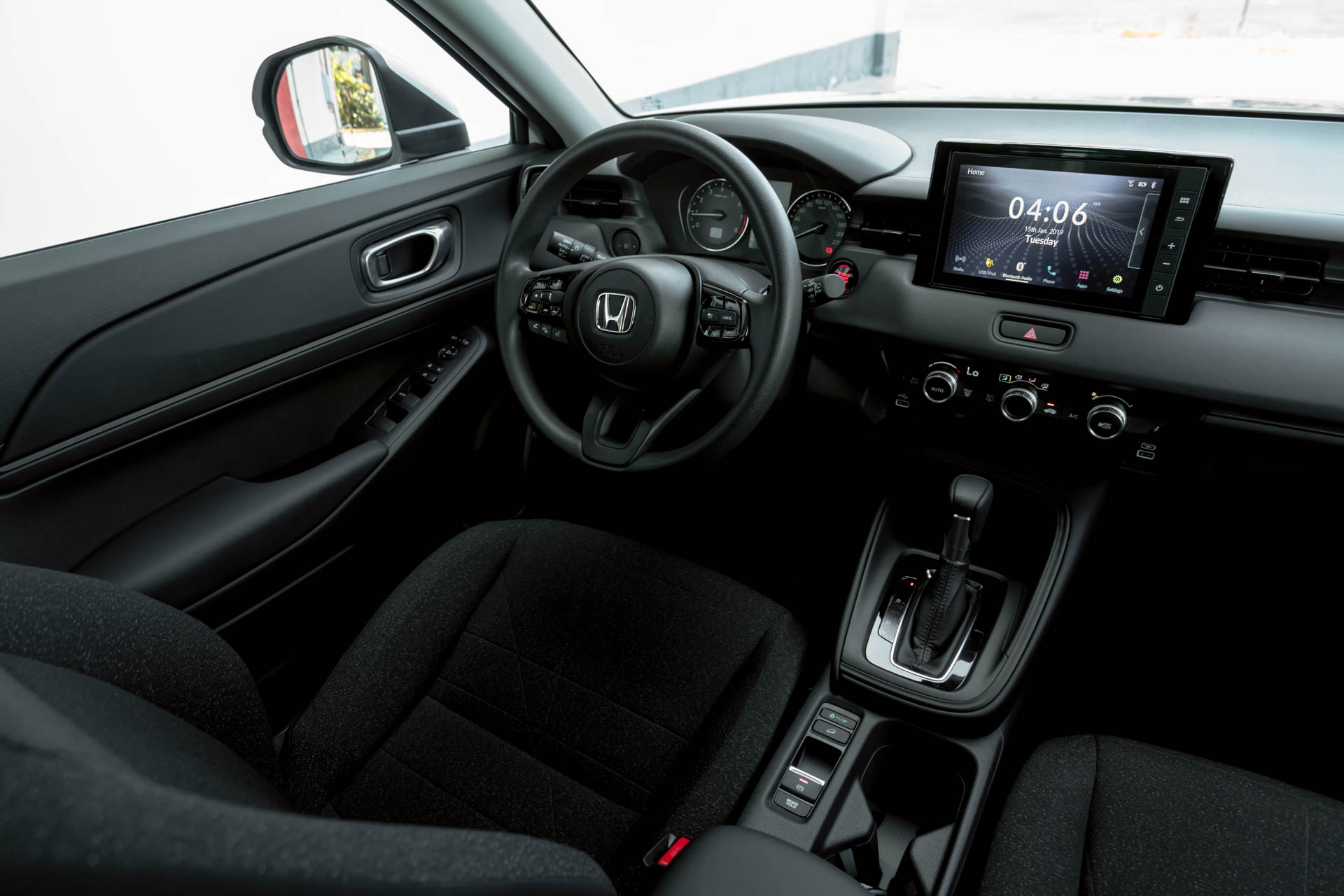 Honda has done its homework with this one and addressed some glaring storage and port placement issues with the previous-generation HR-V. There’s now a proper bin located by the gearshifter, meaning front occupants will no longer be required to reach underneath it to access their personal belongings. The data and USB charging ports are also placed nearby as opposed to inside the glove compartment. Thank God.

An excellent choice of materials also makes this subcompact crossover’s cabin a rather pleasant environment for your long daily drive. There’s a great mix of soft-touch surfaces and premium-feeling plastic, as well as some nice faux aluminum trim. The steering wheel is compact and incredibly nice to hold. Finding a comfortable driving position is a breeze, and Honda has done right by everyone and equipped the A/C system with tactile dials and buttons.

And speaking of the A/C, the side vents feature a nice little quirk where airflow is controlled via the turn of a dial that makes an oh-so-satisfying clicking sound. Completely unnecessary? Definitely. But it’s small details like this that show you a great deal of care and thought has gone into making this cabin stand out. Capping the interior package is an eight-inch floating touchscreen infotainment system with Apple CarPlay and Android Auto compatibility, hooked up to a pretty nice-sounding six-speaker sound setup.

Perhaps the only gripe I have with the HR-V’s insides is the second row’s drop-down armrest. It flops down onto the seat unsupported—an odd oversight in an otherwise ergonomically sound cabin. Oh, well. 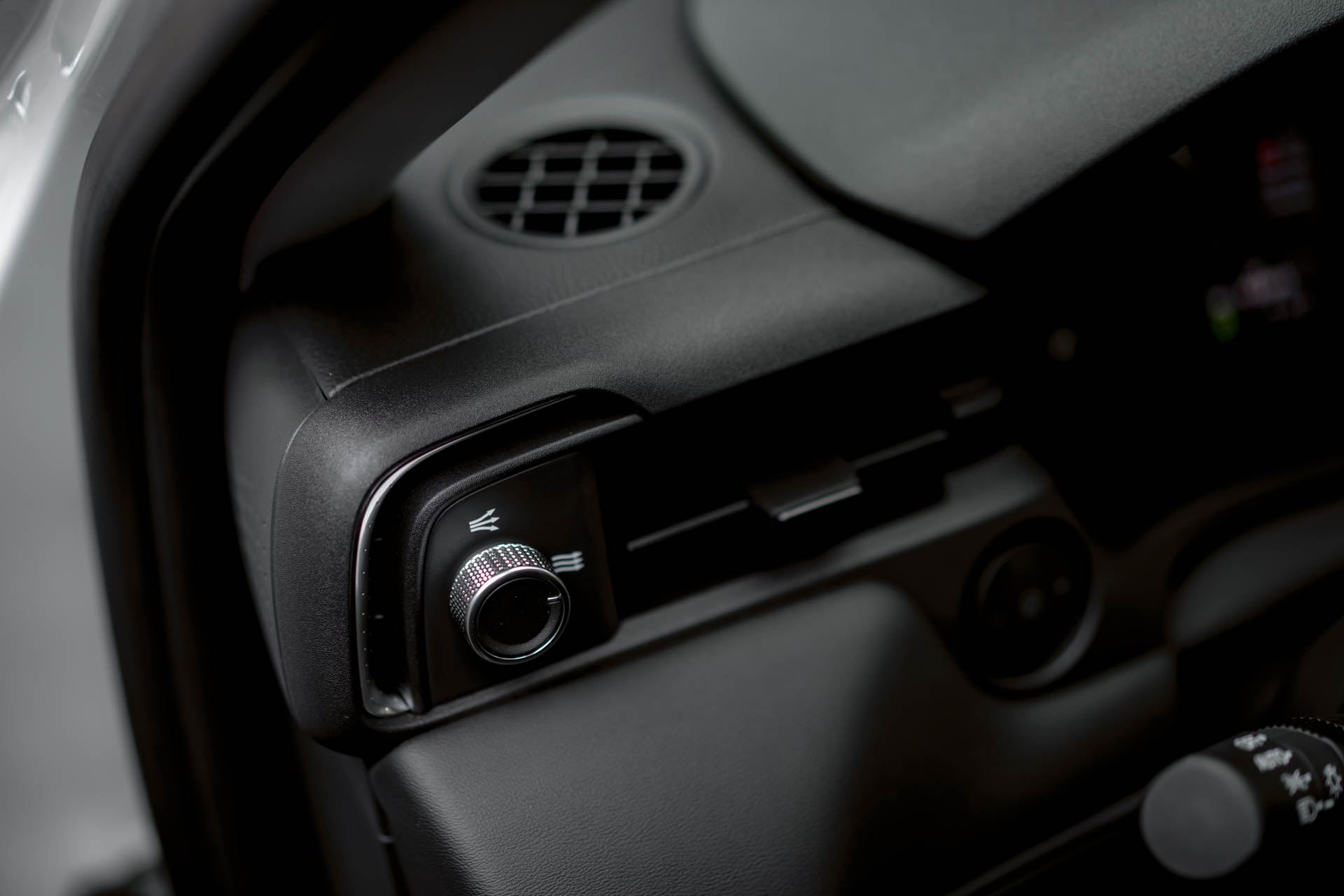 Obviously, that massive P348,000 gap sitting between the two available Honda HR-V variants doesn’t just come down to some extra pieces of trim and leather seats. The main difference here is the engine, and boy, is it a pretty sizable one.

Local buyers get two options this generation: a 1.5-liter four-cylinder DOHC gasoline engine capable of 119hp at 6,000rpm and up to 145Nm of torque at 4,300rpm, and a 1.5-liter turbopetrol engine with 175hp and 240Nm. Both come paired with a continuously variable transmission.

The non-turbo motor comes tucked underneath the hood of the entry HR-V, while the turbo can only be had if you’re willing to move up to the top-spec unit. While we aren’t exactly spoiled for choice here, the two variants cater to both buyers looking for a baseline Japanese crossover experience and those in search of something more engaging to drive.

The massive step up in power you get with the turbocharged version is apparent the moment you lay foot on the throttle—it’s relatively quick off the line, and while we haven’t been able to try it on the highway yet, it will definitely ll provide a more satisfying experience with some room to stretch its legs. Throttle response is good, everything is kept smooth all throughout, and this unit should nothave any qualms about transporting a full load of passengers.

Buyers who opt for the more affordable naturally aspirated version won’t be disappointed, either—provided they know what they’re getting. Even without the turbo, the 2022 HR-V offers excellent handling and a nicely weighted steering wheel. Its turning radius feels impressively tight, and maneuvering this vehicle around an urban setting should be a breeze. 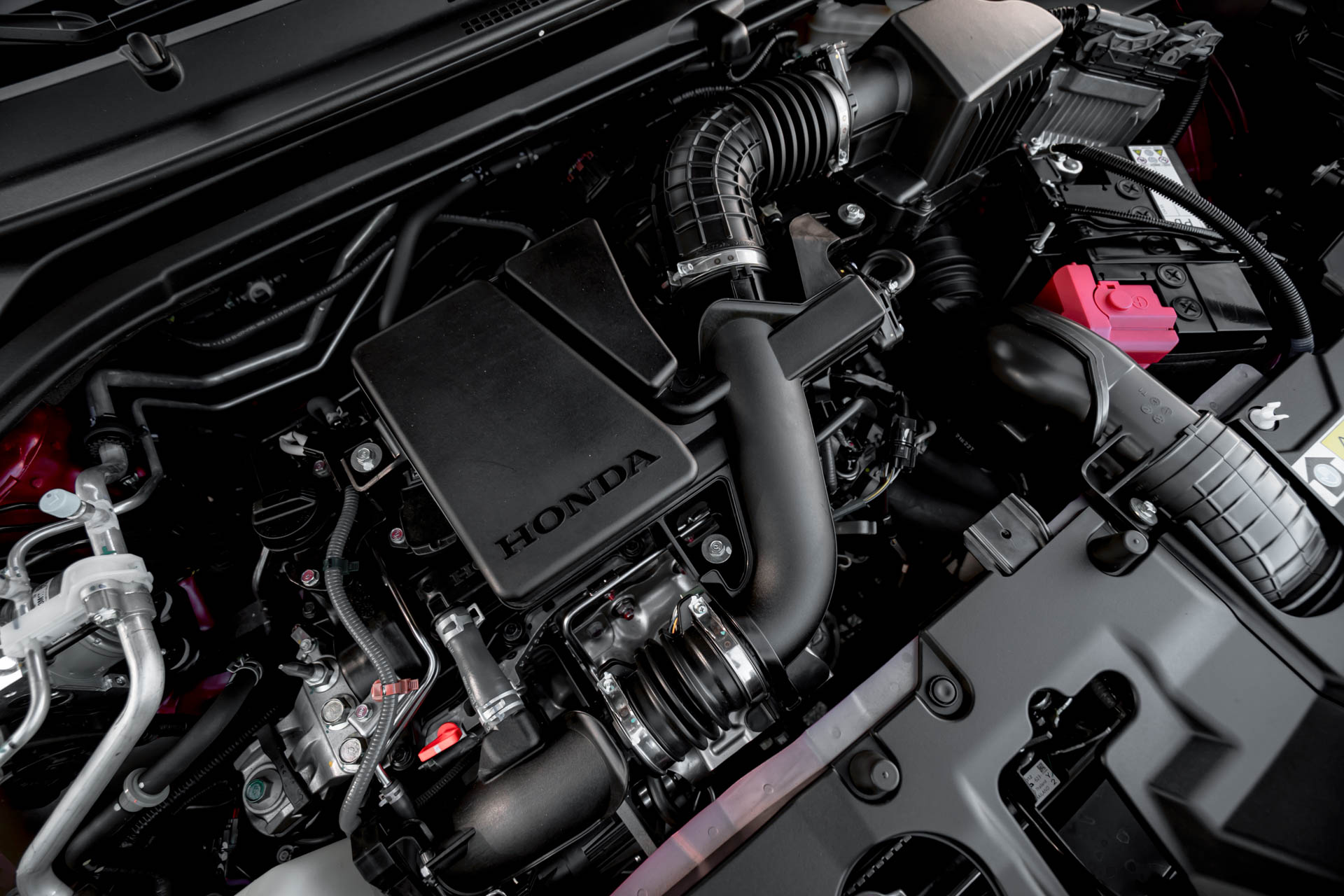 Noise cancellation is noticeably more sound (see what we did there?) compared with lower-priced entries in the segment. The ride also feels stable enough—though we’ll need to drive it outside of Honda’s Santa Rosa facility to get a proper feel for what the suspension is capable of dealing with.

We’re also very happy to see that Honda Cars Philippines has made safety a priority with this release, equipping both the base and top-spec HR-V with a smorgasbord of Honda Sensing features. Standard across the range are bits like adaptive cruise control, lane keep assist, road-departure mitigation, automatic high beams, collision mitigation braking, and side airbags. Good to know.

Ultimately, the 2022 Honda HR-V looks perfectly capable of accomplishing what it hopes to in the local market. The base model is priced reasonably well enough to lure buyers away from less polished Chinese-made offerings, while the turbocharged version is engaging enough to warrant consideration with the likes of the Mazda CX-3 (and perhaps even steer them away with its larger dimensions).

The real question mark is whether the HR-V offers enough to prevent consumers from moving up to something larger, more practical, and still within striking distance of Honda’s newcomer—vehicles like the Toyota Corolla Cross hybrid at P1,650,000, and its fellow Honda stablemate, the CR-V, at P1,678,000. 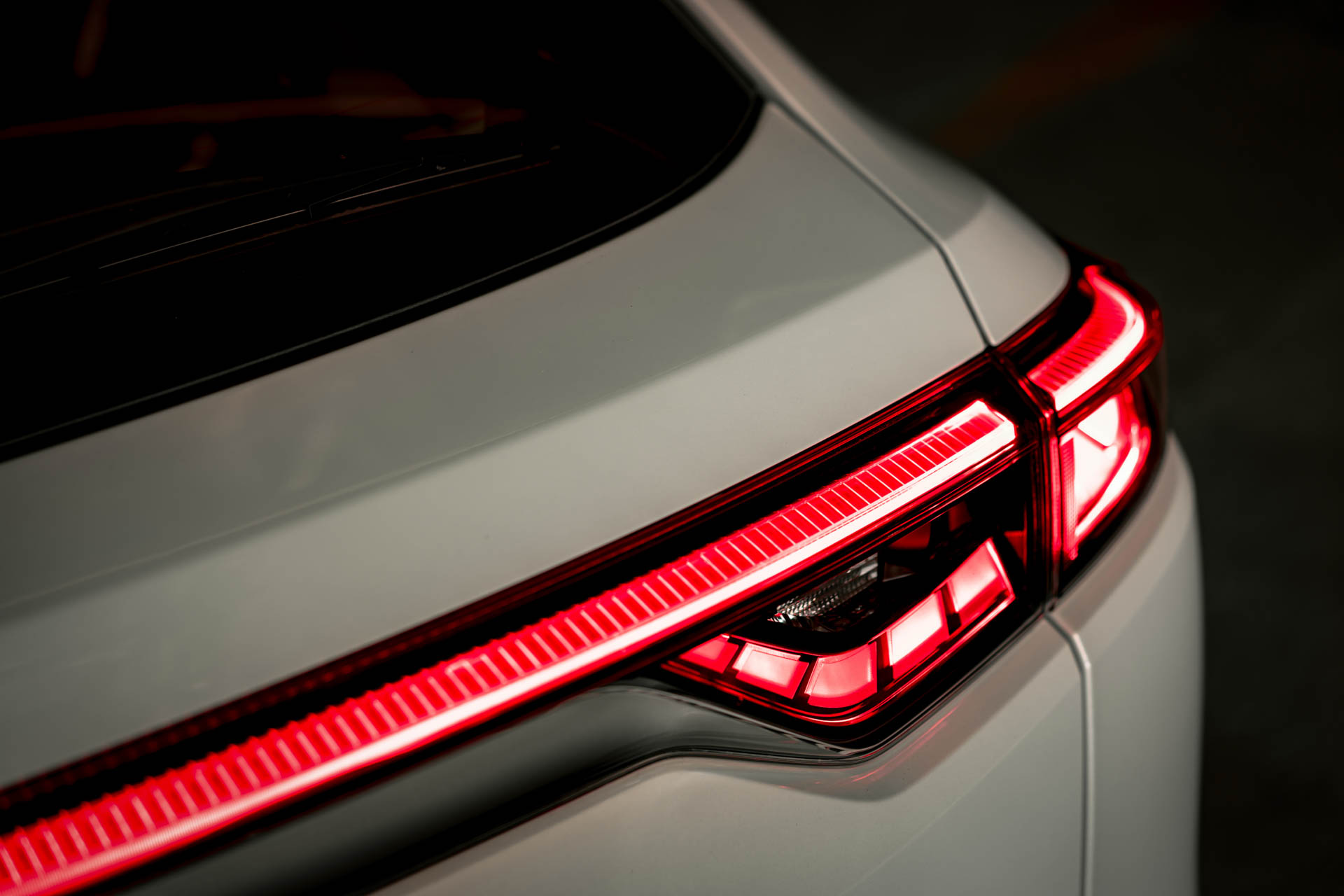 As far as small crossover is concerned, though? The all-new HR-V is easily one of the best in the business. If you’re looking for something that’ll fit comfortably in that modest patch of concrete you call a parking slot and you have a decent budget to play around with, you’d be doing yourself a disservice if you don’t put this on your shortlist.

For everything you need to know about the 2022 Honda HR-V, check out our explainer here. You can also watch the full Launch Pad video by clicking on this link. 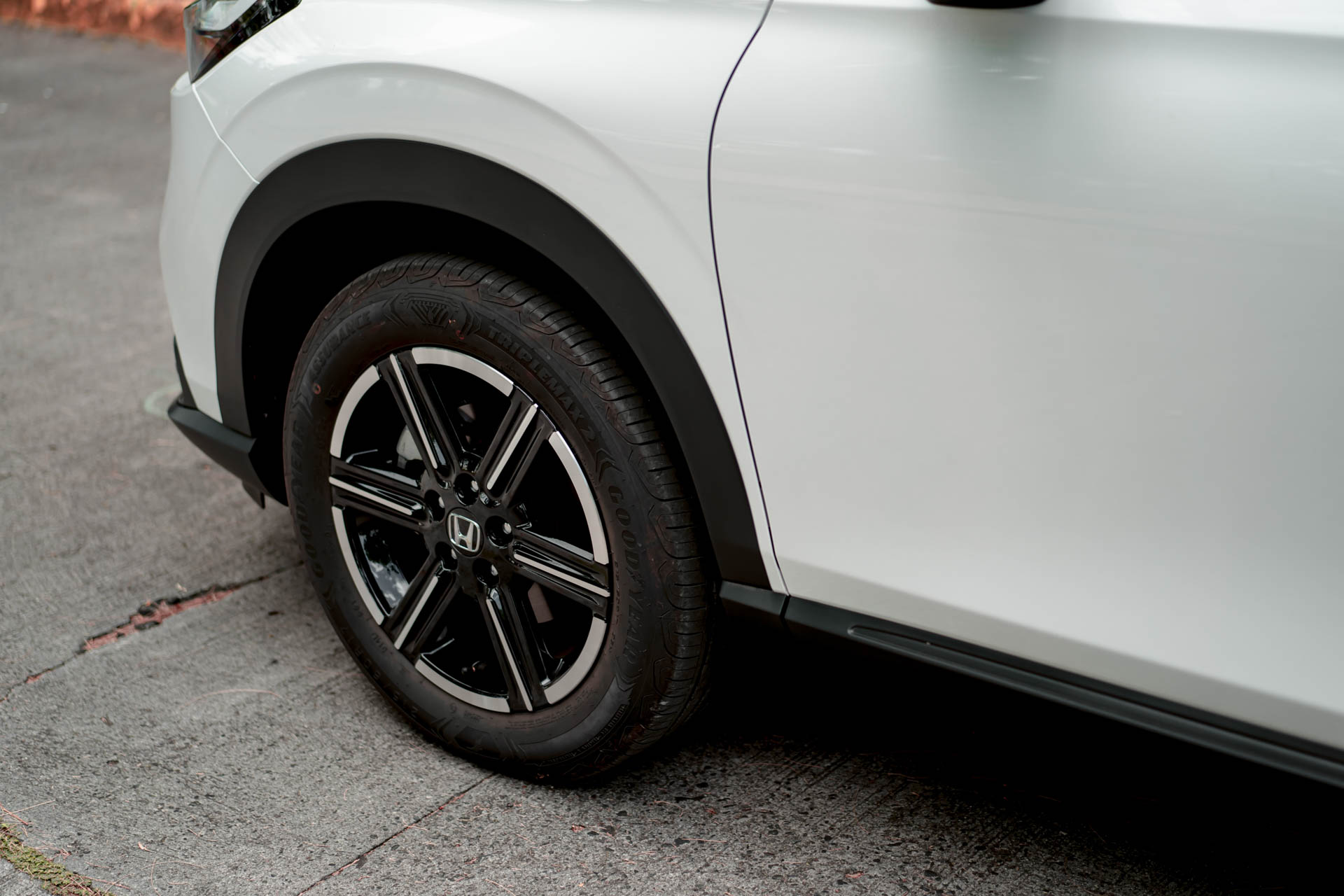 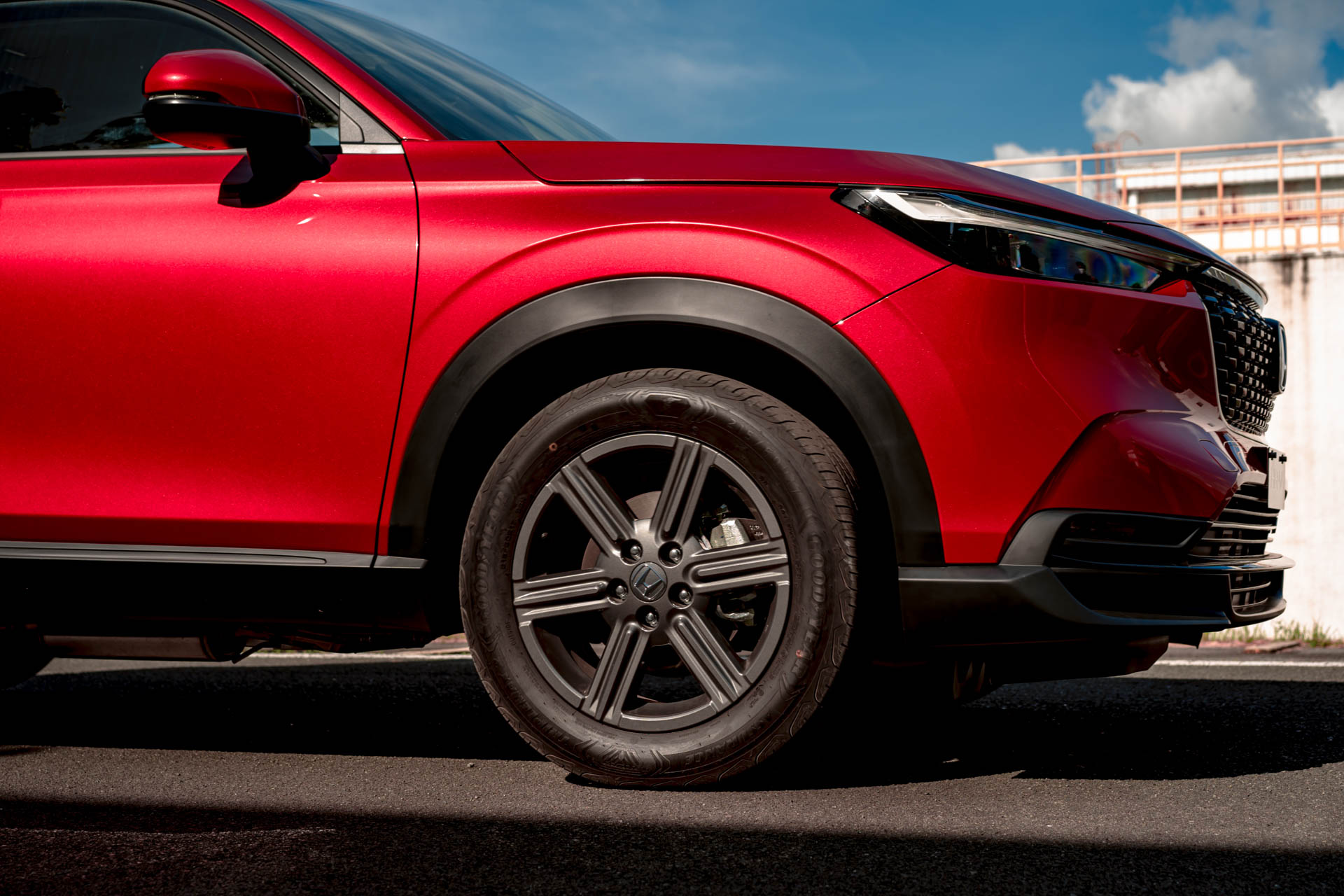 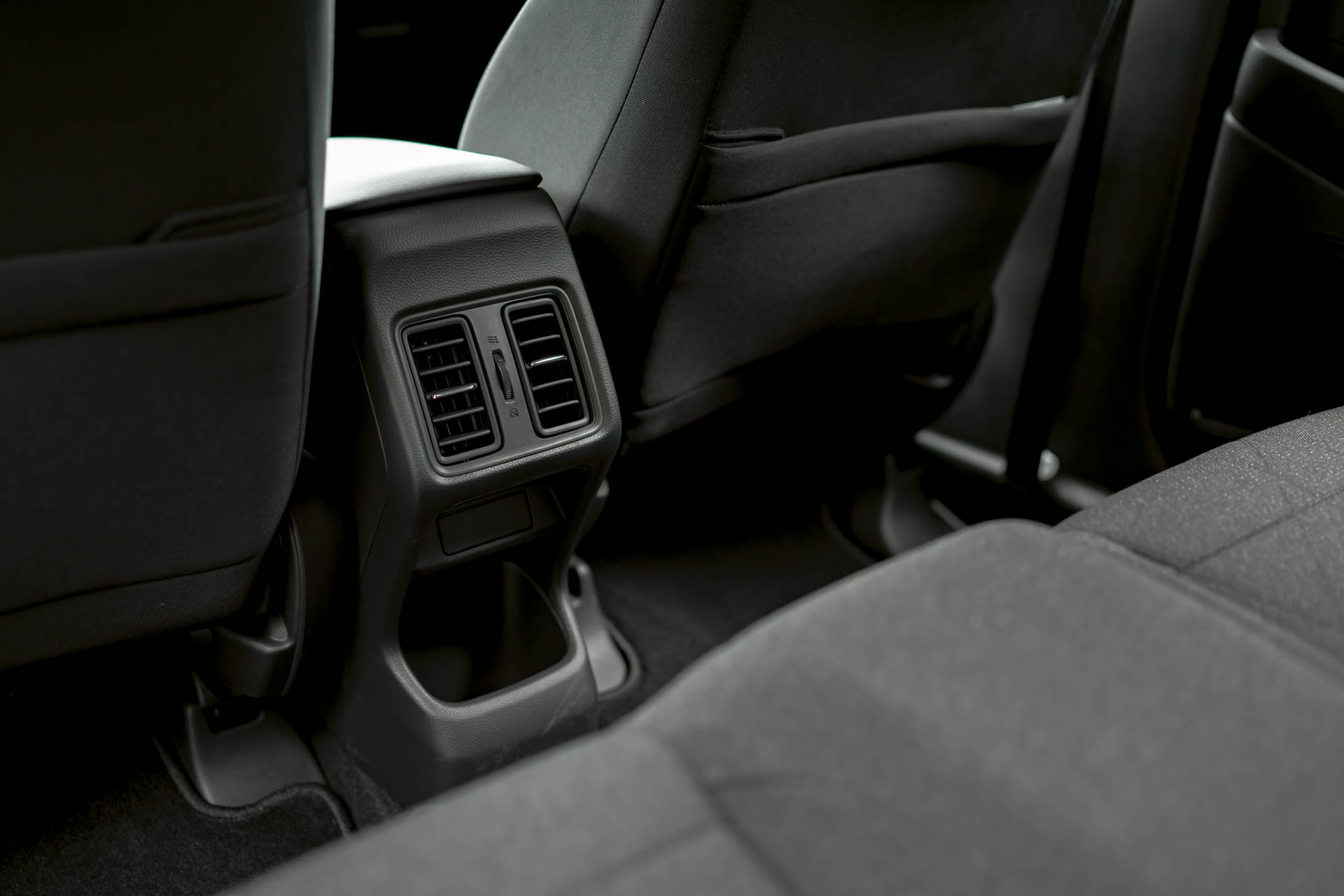 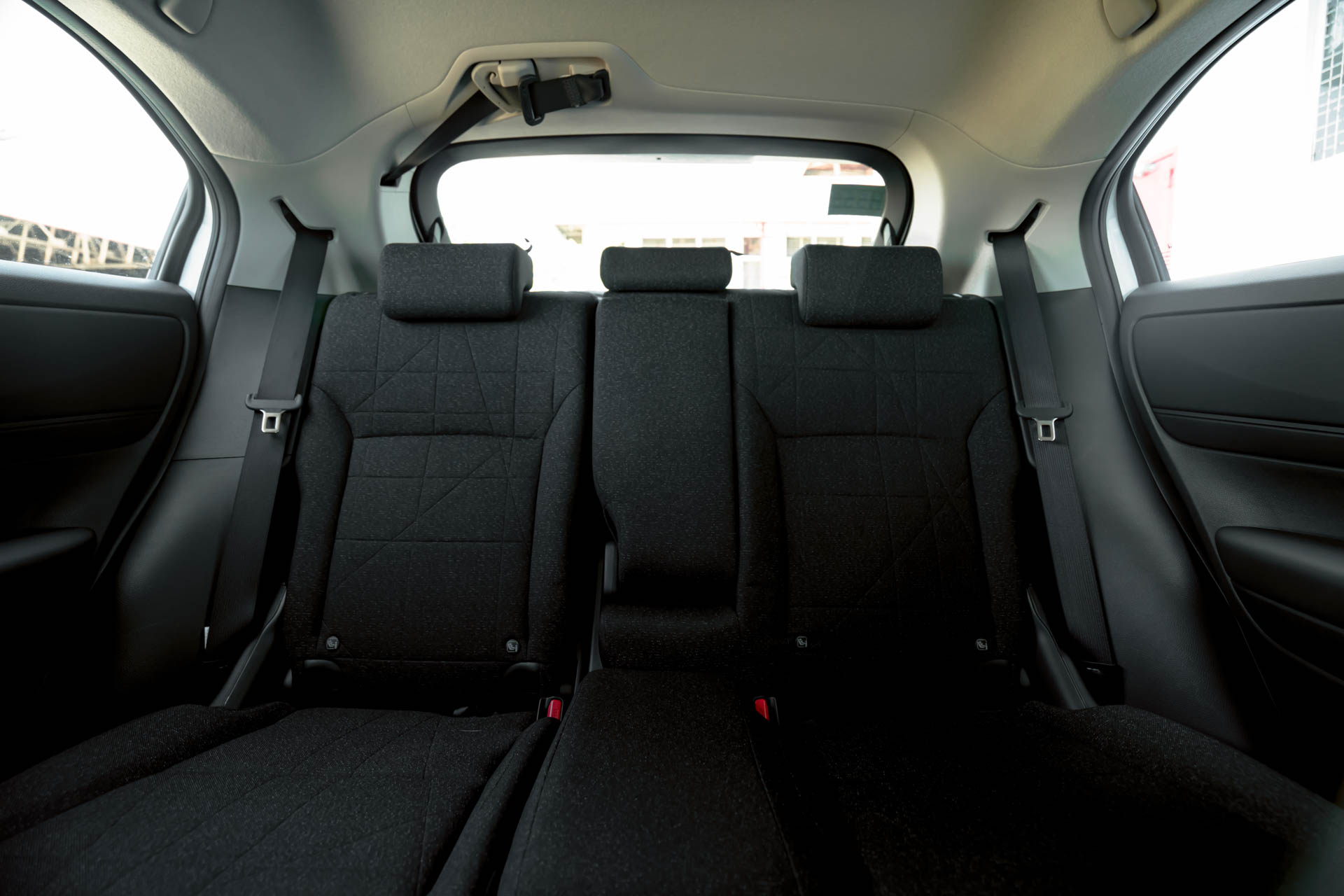 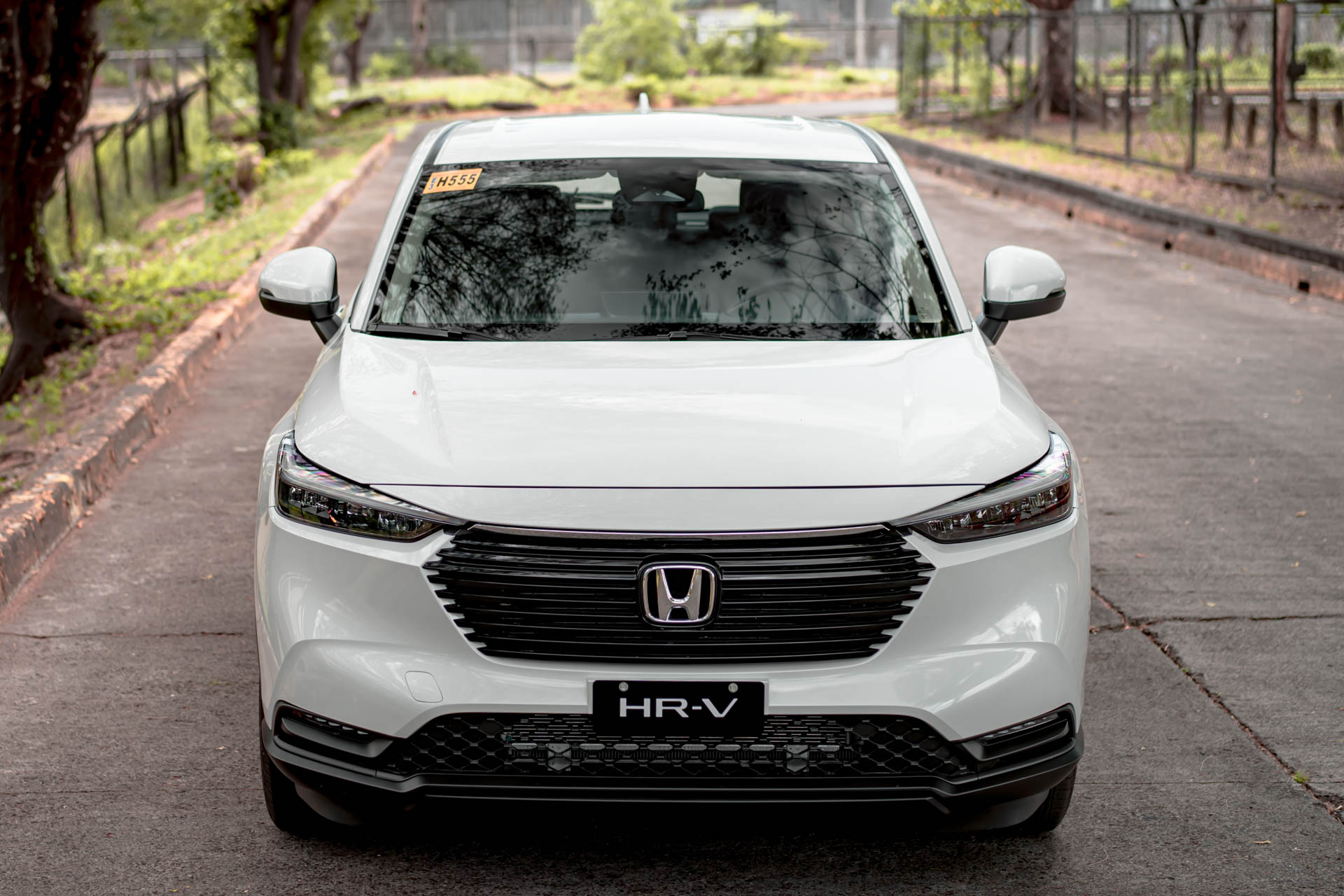 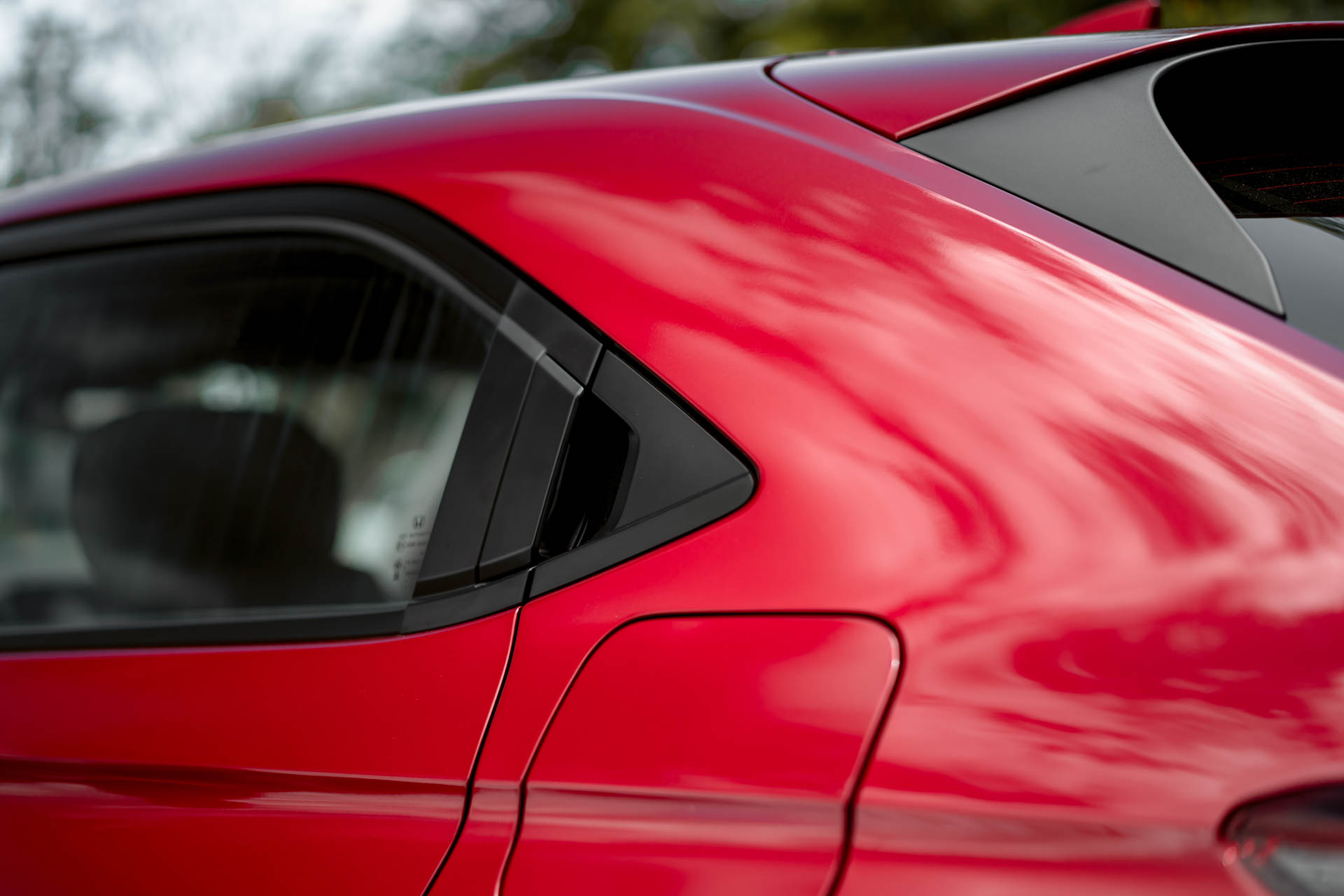 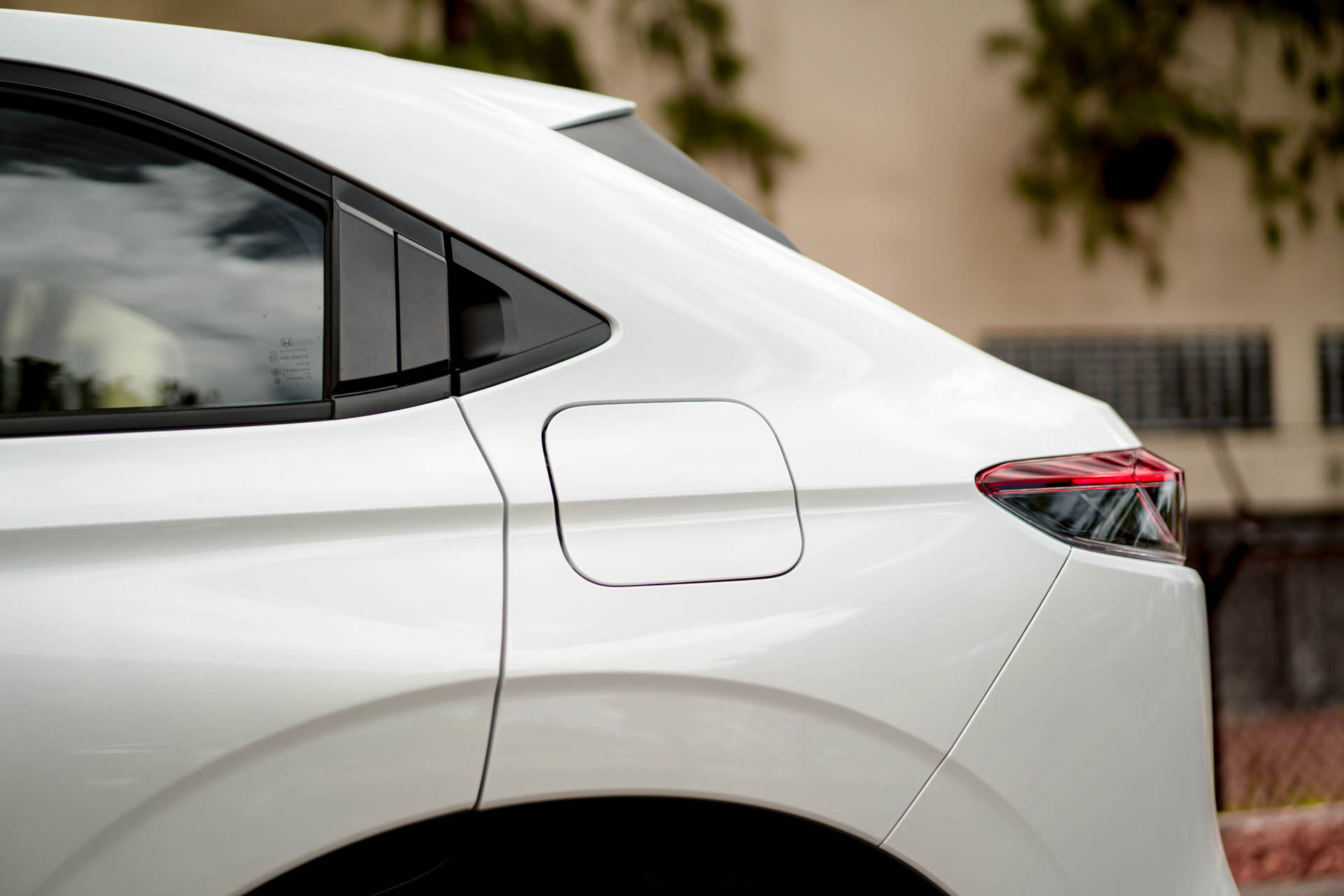 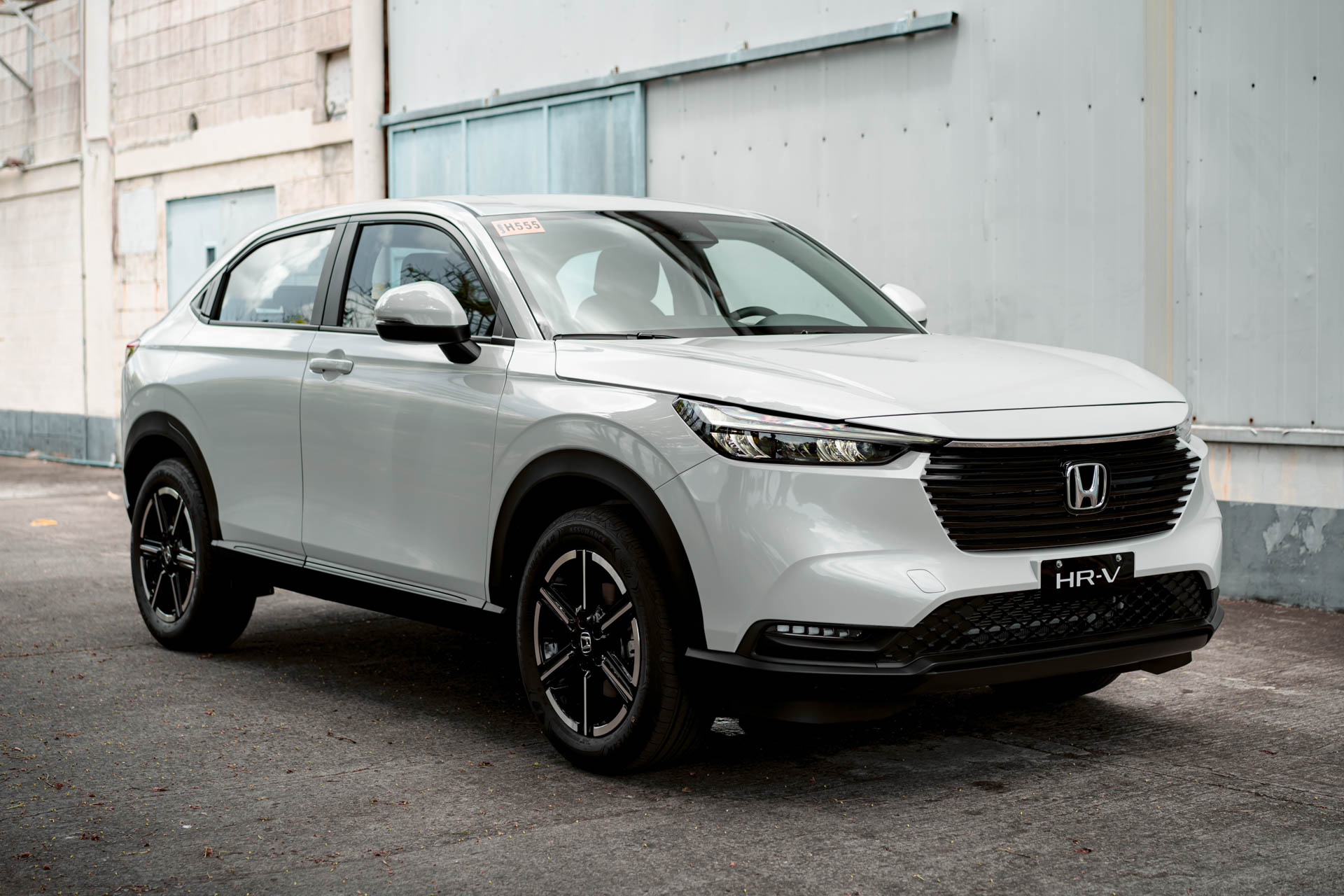 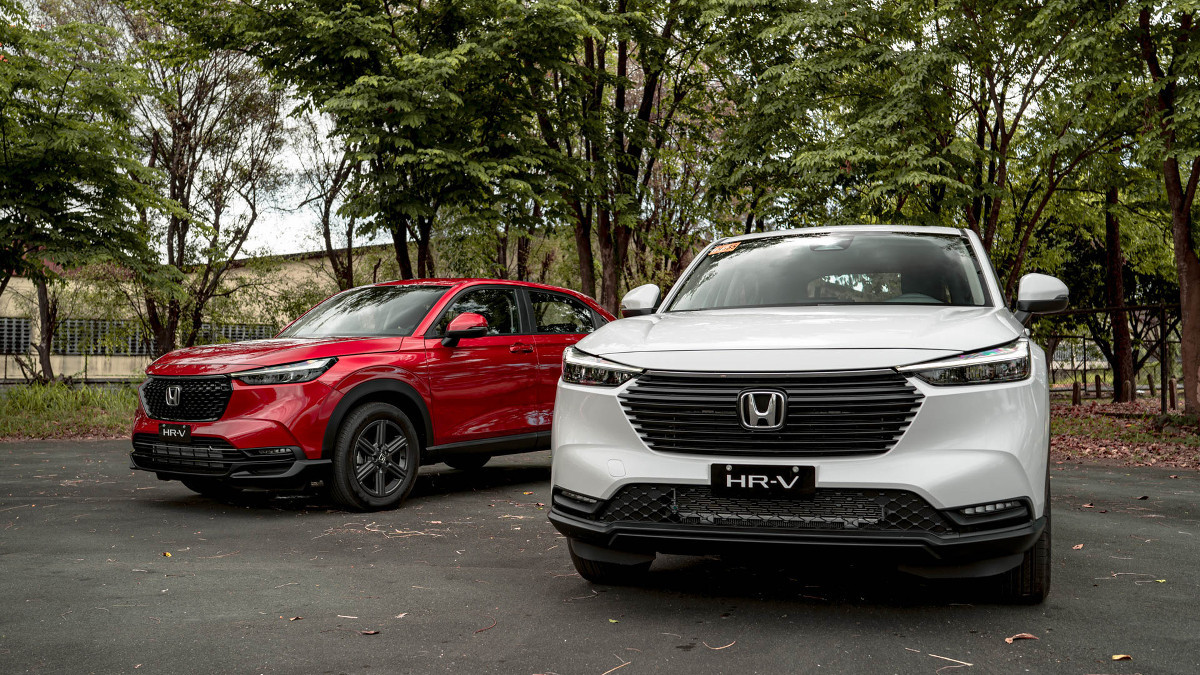 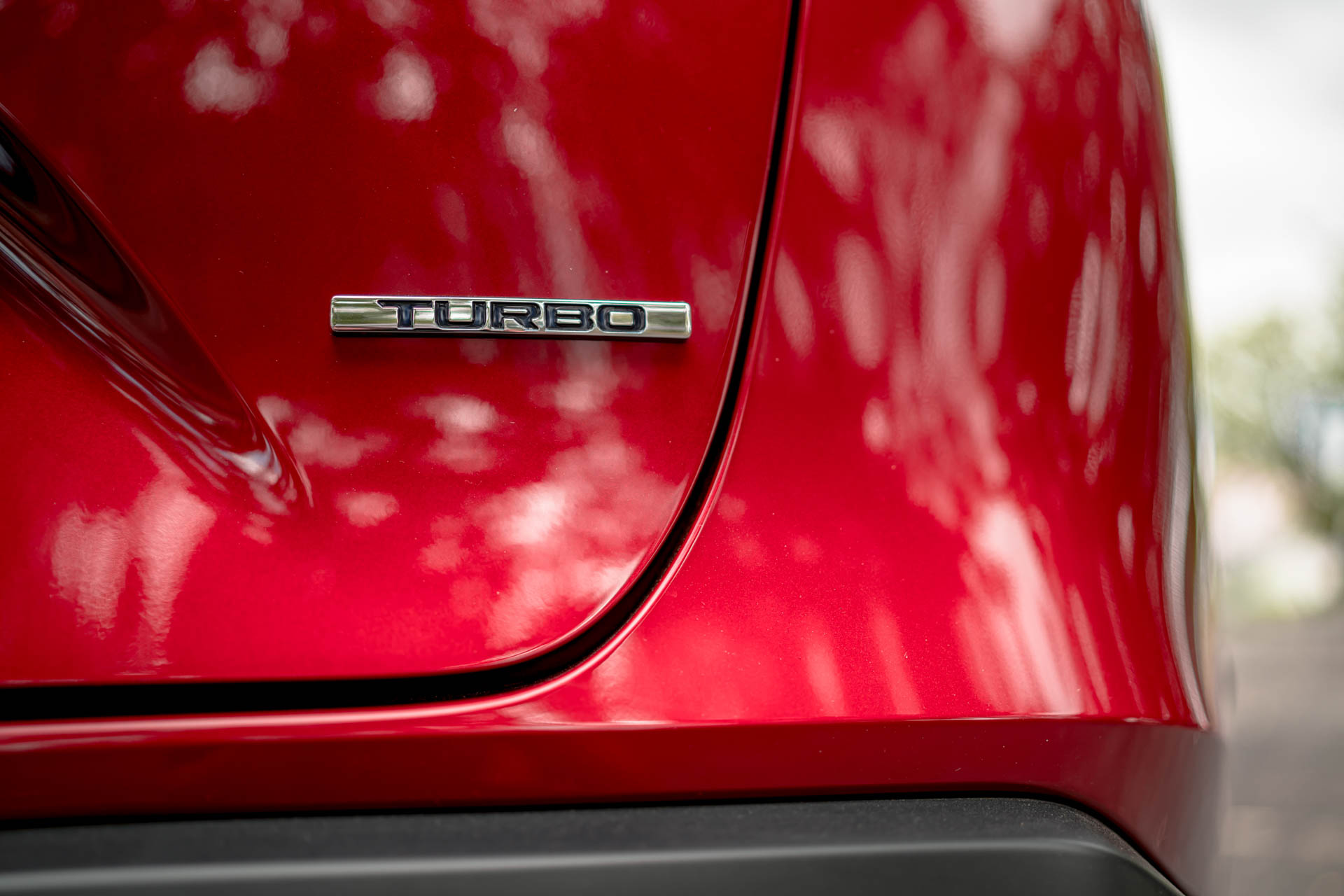 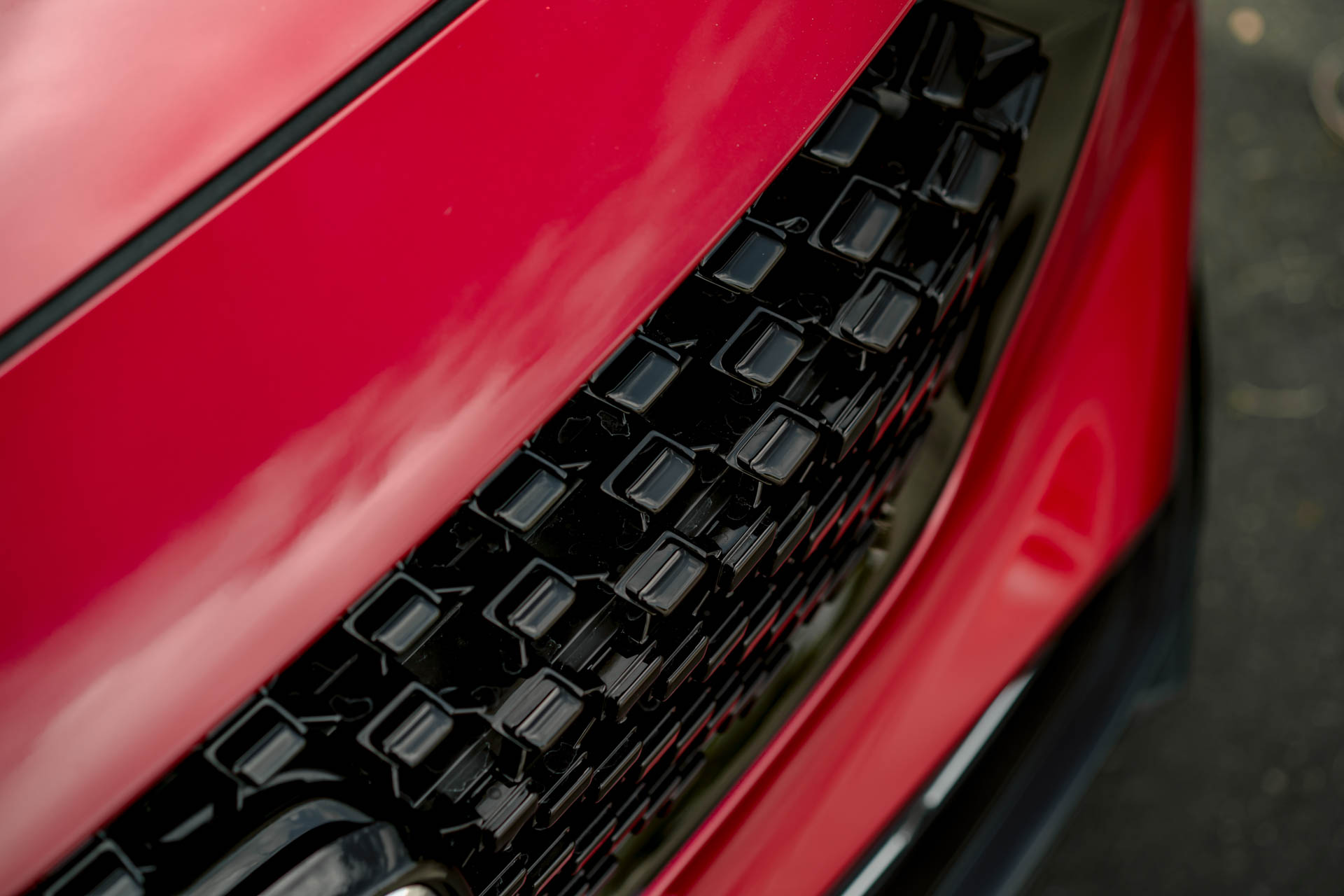 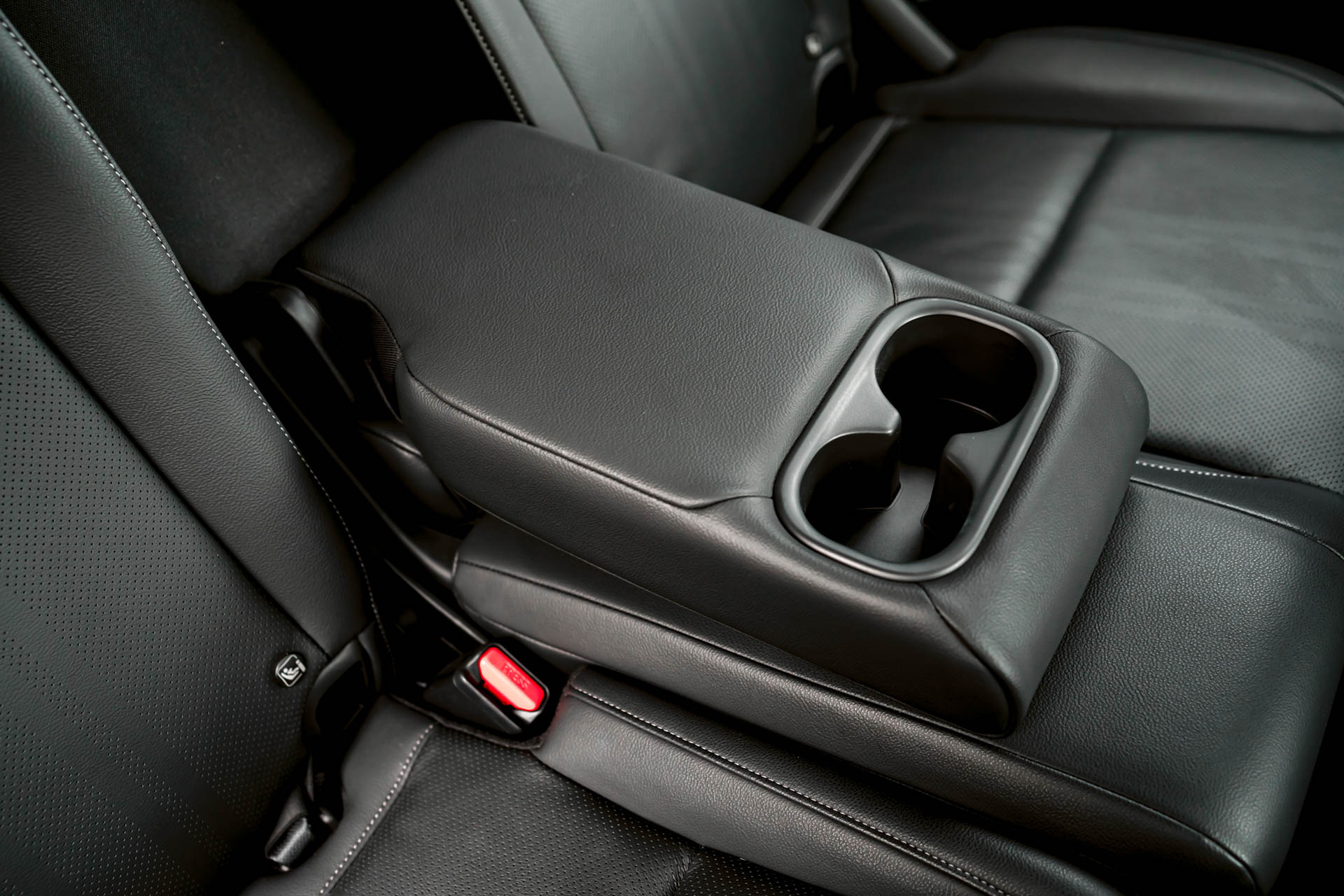 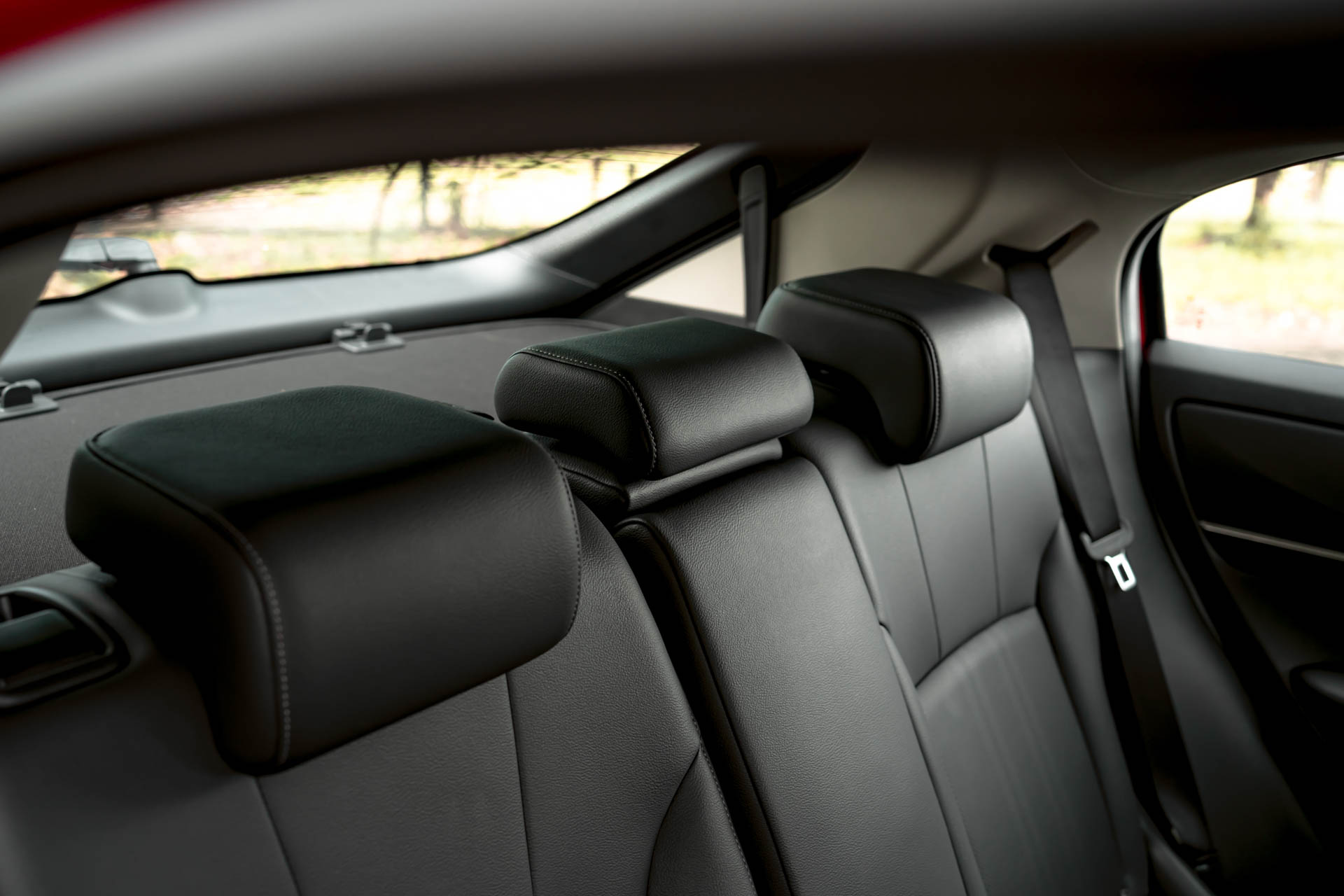 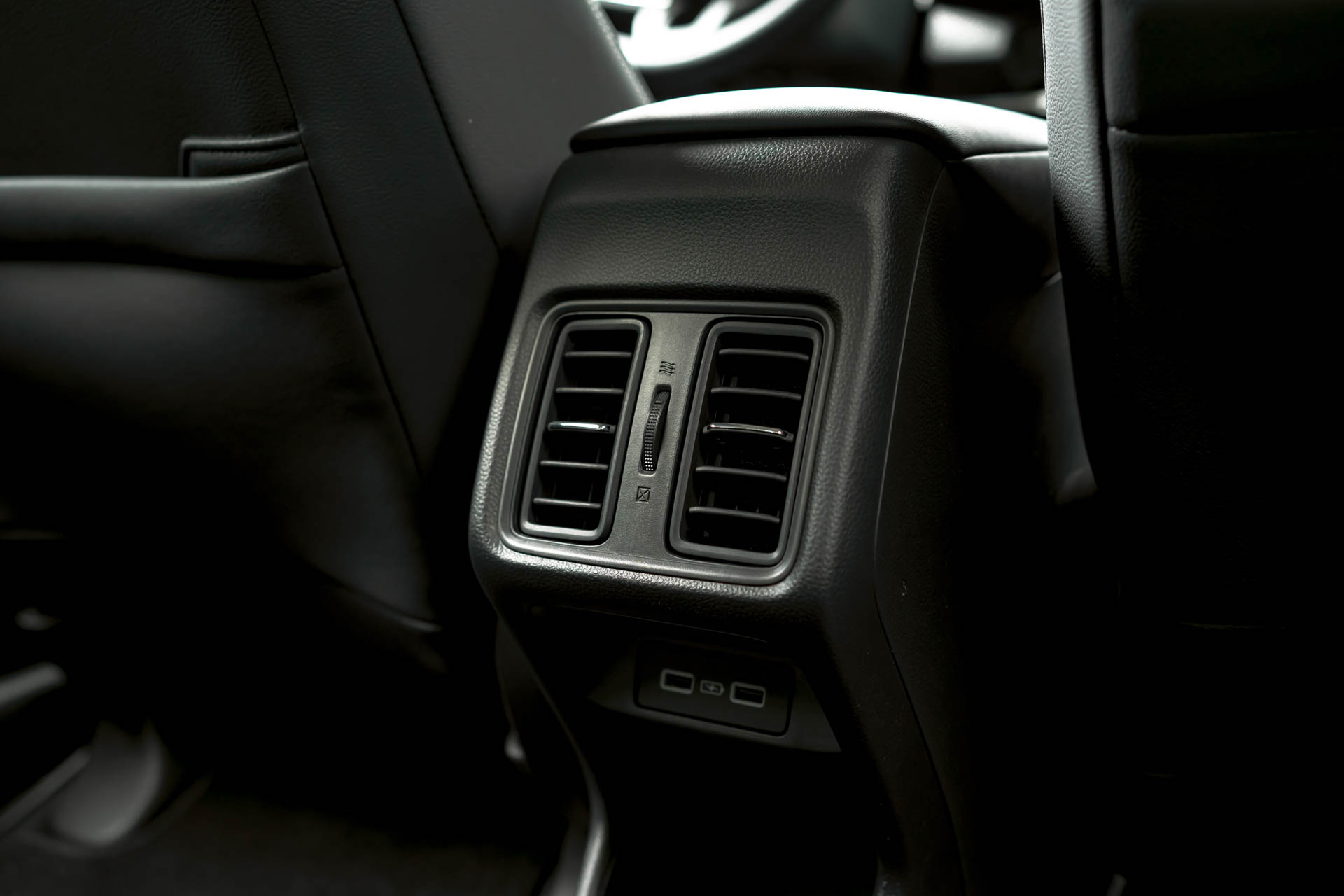 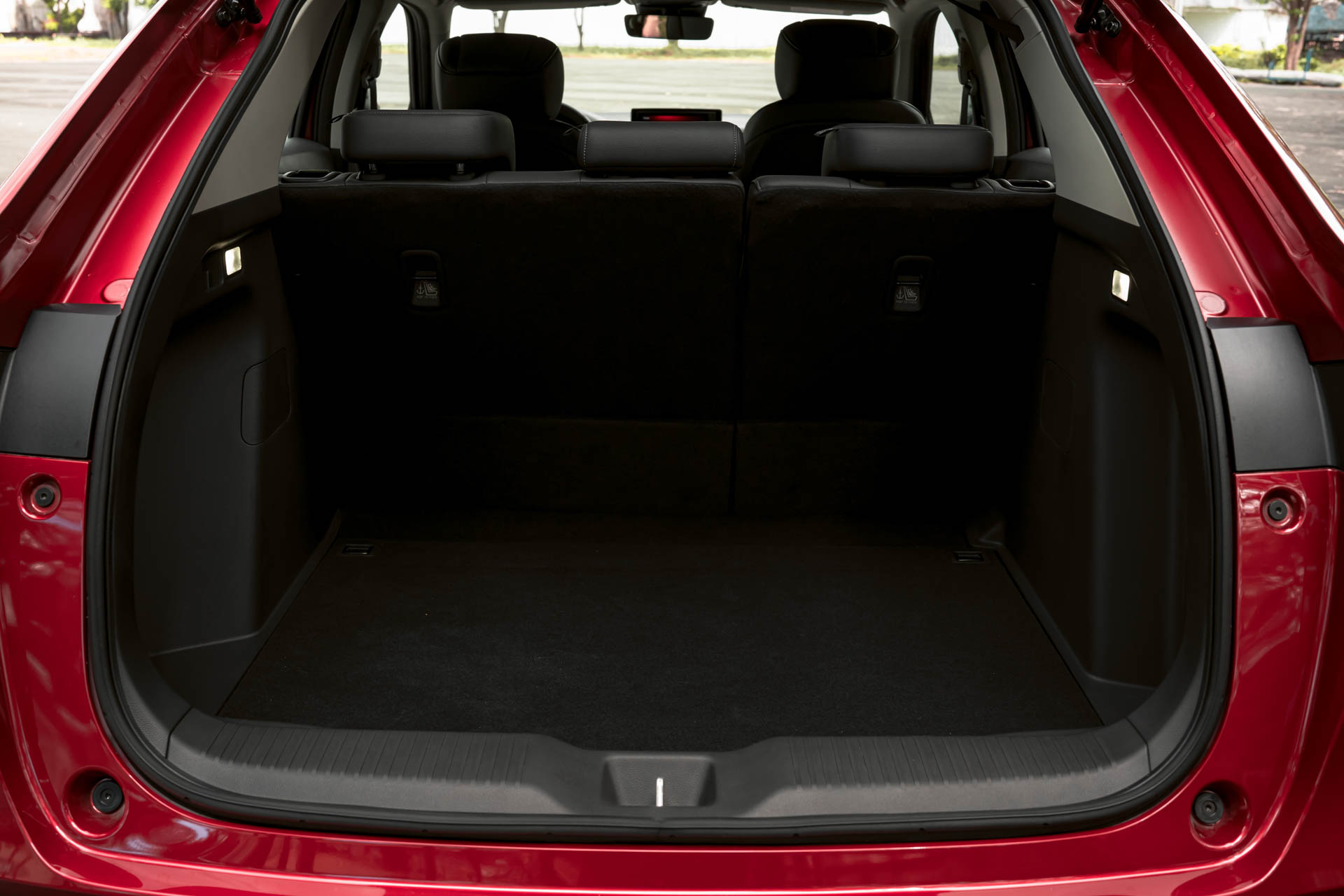 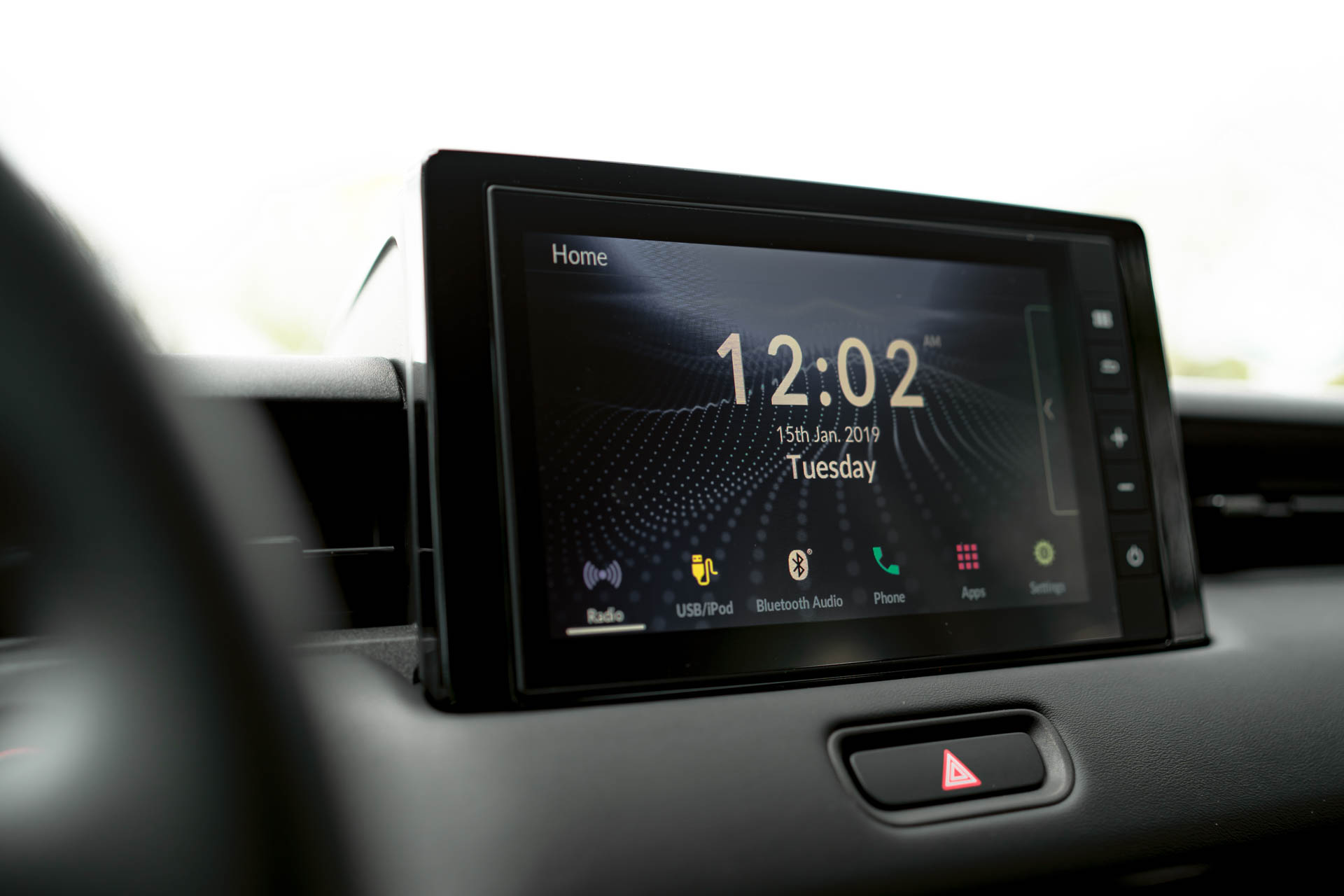 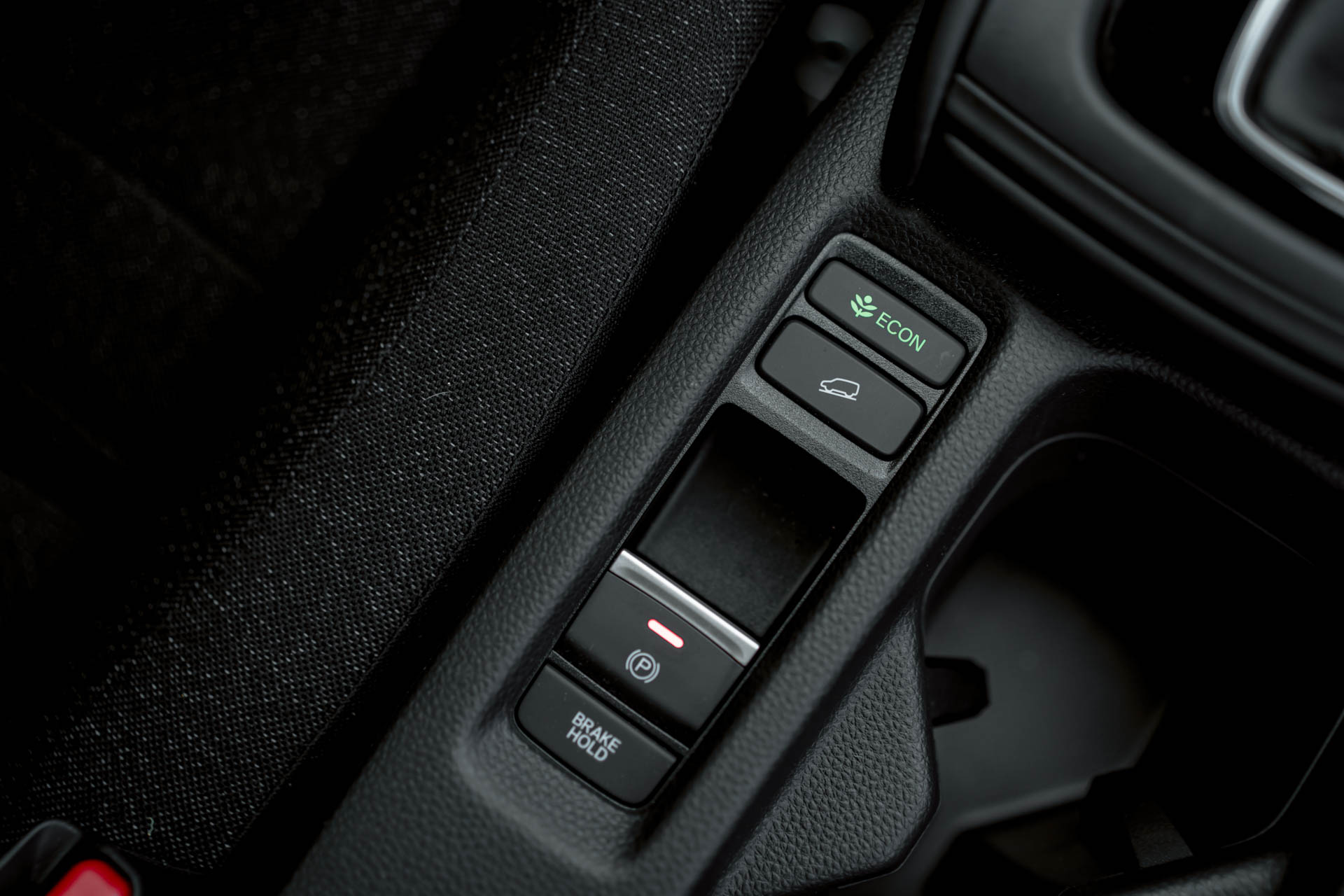 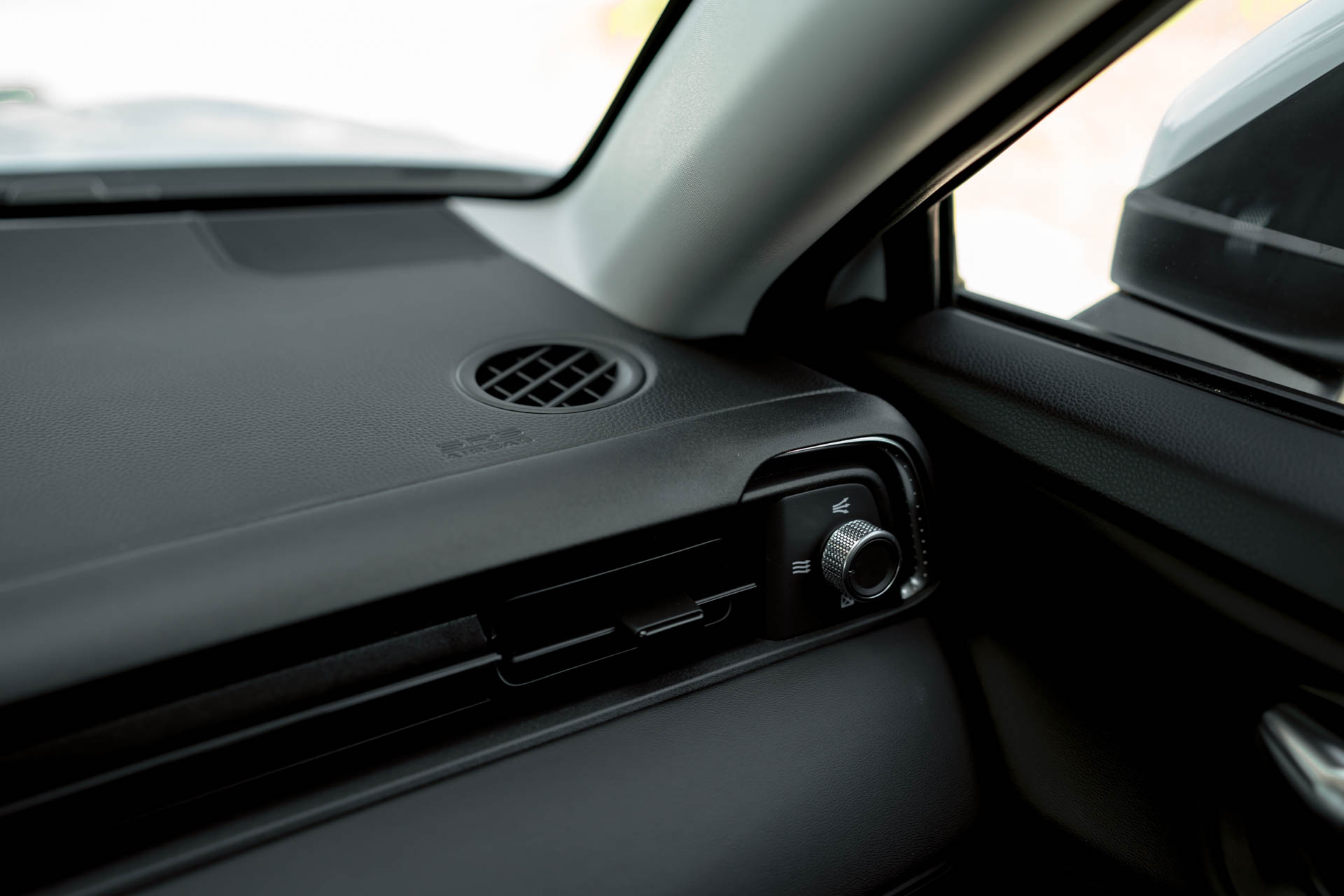 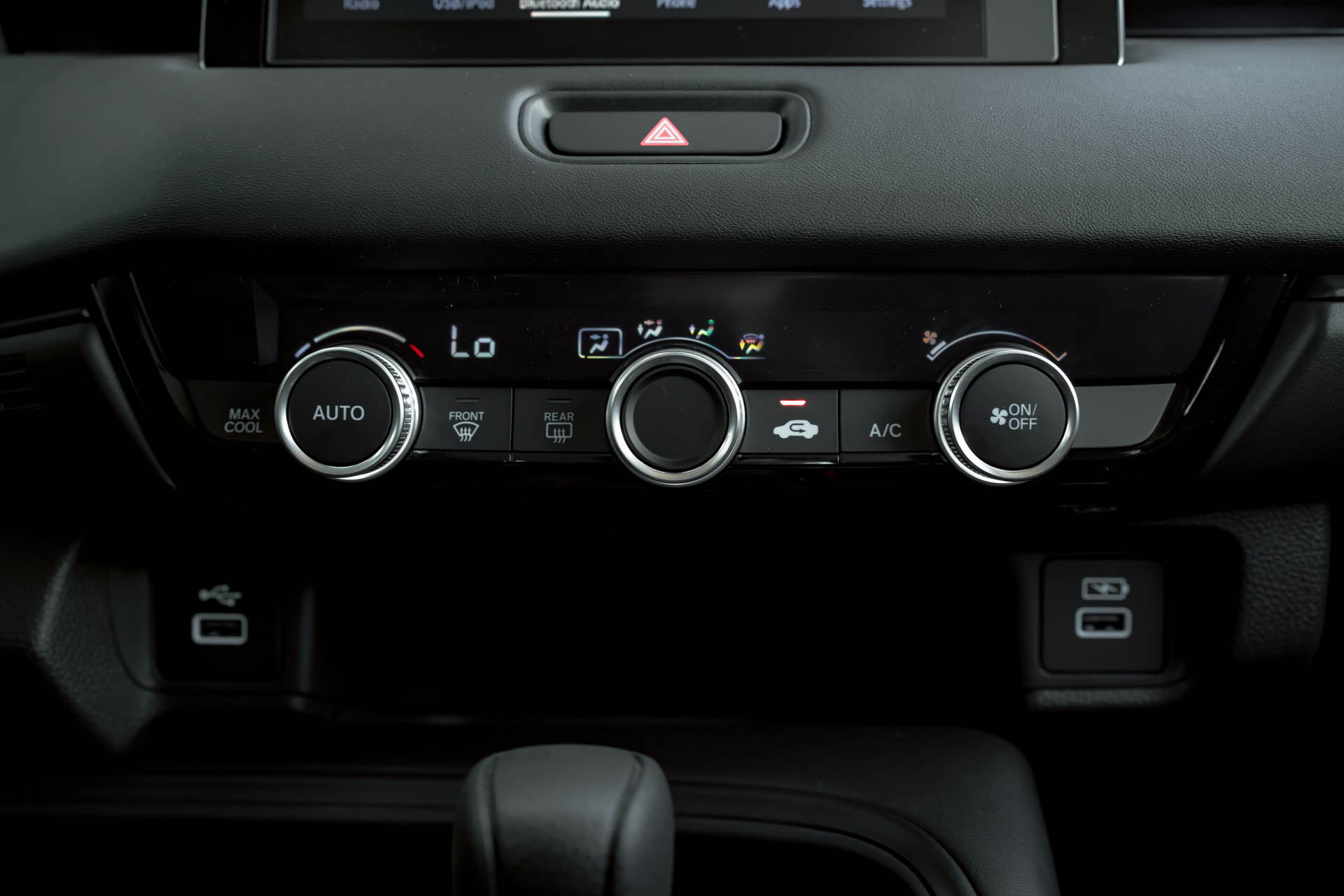 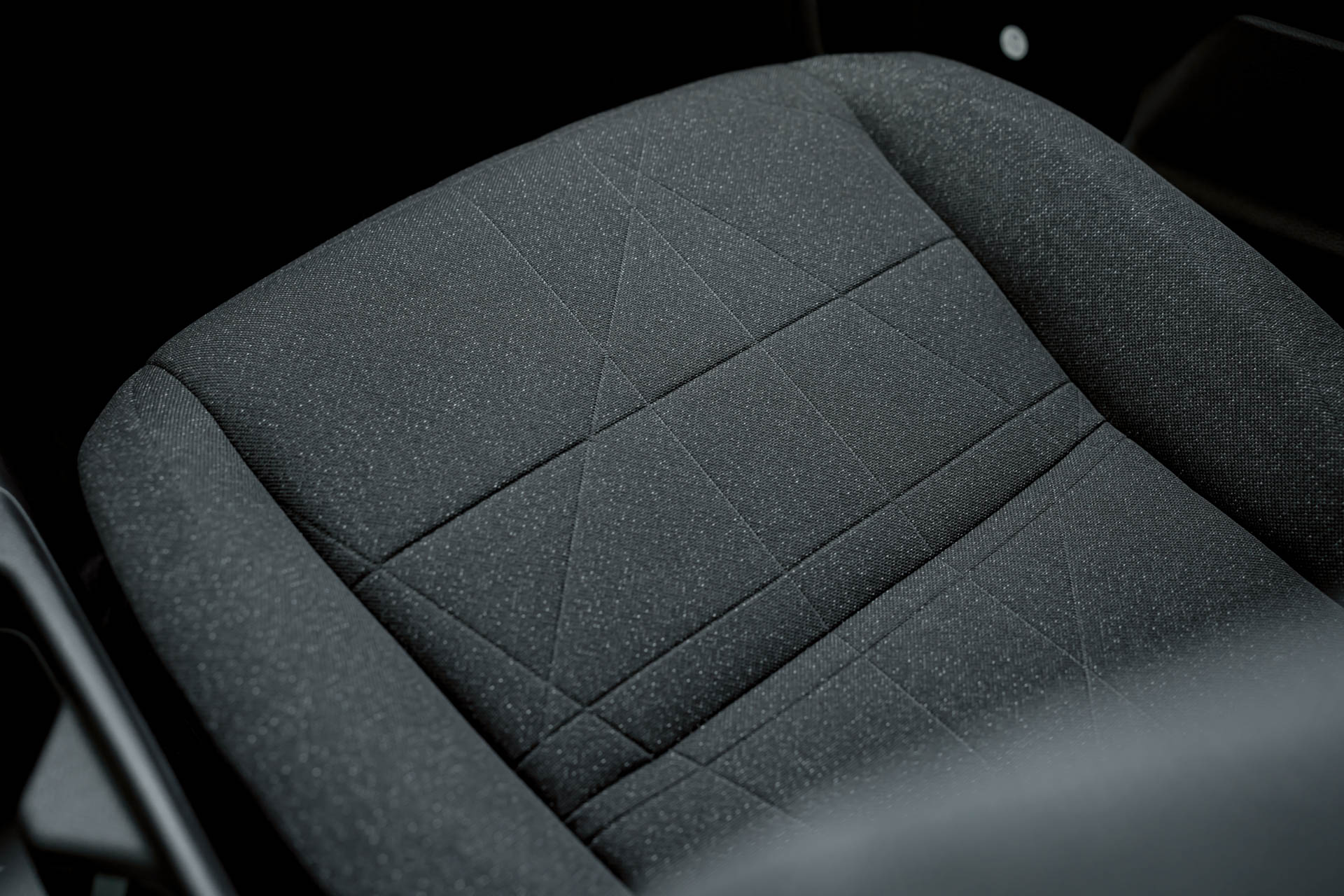 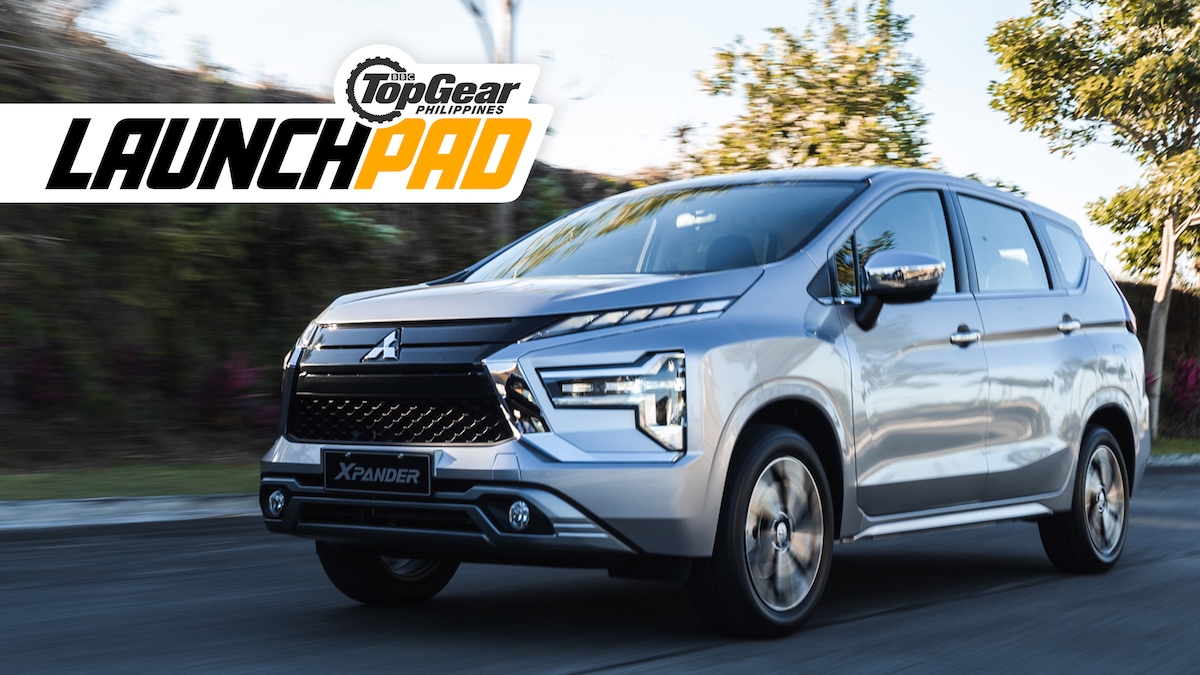 The new Mitsubishi Xpander is ready to reassert its dominance
View other articles about:
Recommended Videos
Read the Story →
This article originally appeared on Topgear.com. Minor edits have been made by the TopGear.com.ph editors.
Share:
Retake this Poll
Quiz Results
Share:
Take this Quiz Again
TGP Rating:
/20