7 Possible reasons your wife is against motorcycles

When women get together for a chat, no stones are left unturned. We’ll talk about something either in passing or in painstaking detail. And when the topic arrives at motorcycles, you can be sure there are many opinions flying around—especially when it comes to why many of us don’t approve of two-wheelers.

Here are seven possible reasons your wife or girlfriend won’t let you own a motorcycle at all—or at least not without jumping through major hoops first.

Your partner cares so much about you that she’ll use scare tactics and grim reports from the Metropolitan Manila Development Authority (MMDA) to keep you off a bike. Fact: Her concern is valid because riding a motorcycle is plenty risky. Bad weather, inattentive drivers, crater-sized potholes, and your own mistakes could mean the difference between an uneventful ride home and an ambulance ride to the ER.

There’s still a chance to sway the missus, though. Last year, the World Health Organization noted that 90% of motorcycle-rider deaths in the country were caused by not wearing a helmet. Promise you’ll wear one all the time and nudge yourself closer to owning that bike.

2) She thinks motorcycles are chick magnets.

Is it the daredevil aspect or just the fact that many good-looking actors also ride motorcycles? Whatever the appeal, some women think guy plus motorcycle equals hot. It’s an equation that flatters you, but only spells worry for your girlfriend or wife. Because of the stereotypical ‘chickboy’ with the motorcycle, she’s inclined to say no to your plan of owning a bike. Ease her fears by ignoring interested stares and keeping your eyes focused on her.

3) She will be left with all the chores at home.

Maintaining a clean home is work, work, work. If she says yes to your getting a motorcycle, she might find you washing the bike instead of the dishes, or doing mechanical repairs instead of laundry. Divide the housework equally between you and your partner. Nothing says “I appreciate you” more than “I’ll cook dinner and wash the dishes after.”

“You can’t fit a family on a motorcycle. And how are you supposed to fit a week’s worth of groceries in a top box or a backpack?” she’d argue.

It’s true that motorcycles are unforgivingly barebones compared to a car. Sure, there are riders who don’t care for road rules, physics, or a bike’s suspension. You’ll see them riding four-up on a scooter, lugging long planks of coco lumber, sandwiching cargo in between themselves and their passengers, and so on. You might think those are practical examples. Pretty practical, yes, but definitely unsafe. Your best way around this? Have a contingency plan for when you have to transport more people and a considerable amount of cargo.

5) Motorbikes cost a lot of money...and eat up space.

The lack of both money and space will likely come up when you muster the courage to make a case to your wife about owning a motorcycle. As the keeper of purse strings and home, she will point out the tens of thousands in cost, the drain of regular maintenance, and the endless clutter of oil filters, chains, engine-oil bottles, and tools. Better start scouting for a parking spot and moonlighting to fund your purchase.

6) You’ll have less quality time together and fewer things in common.

In your wife’s mind, having a motorcycle might mean you’ll be riding all the time and all over the place. Movies and family dinners will become a rarity. Eventually, all your conversations will just be about bikes.

The best remedy? Get your wife excited about riding, too. Plan trips together on your future motorcycle. Also, teach her how to ride. There are other riding couples out there for support. We’ve featured several riding couples here throughout the years.

7) She might not be always your first choice as passenger.

Your wife’s finally warming up to the idea of you owning a bike. She’s prepared a list of her criteria for saying yes, which includes hatid-sundo for out-of-the-way places. Problem is, you’re not as strong as you’d like to be and she weighs much heavier than a backpack.

You hesitate at this last requirement, and the pause makes it seem you’re not open to compromise. Agree before she says no. Now, call in favors from your 180-pounds-and up bros and practice riding two-up. After those ordeals, your wife will feel like a feather, even if you’re riding from Marikina to Manila or from Novaliches to Alabang.

Buying a motorcycle is always a joint decision to be made with your partner. Consulting them lets them know you care about their opinions. We at Top Gear Philippines promote riding to all genders—it’s too damn fun to miss out on. If you have any funny stories about the hoops you’ve had to jump through to own a bike, share them in the comments section. 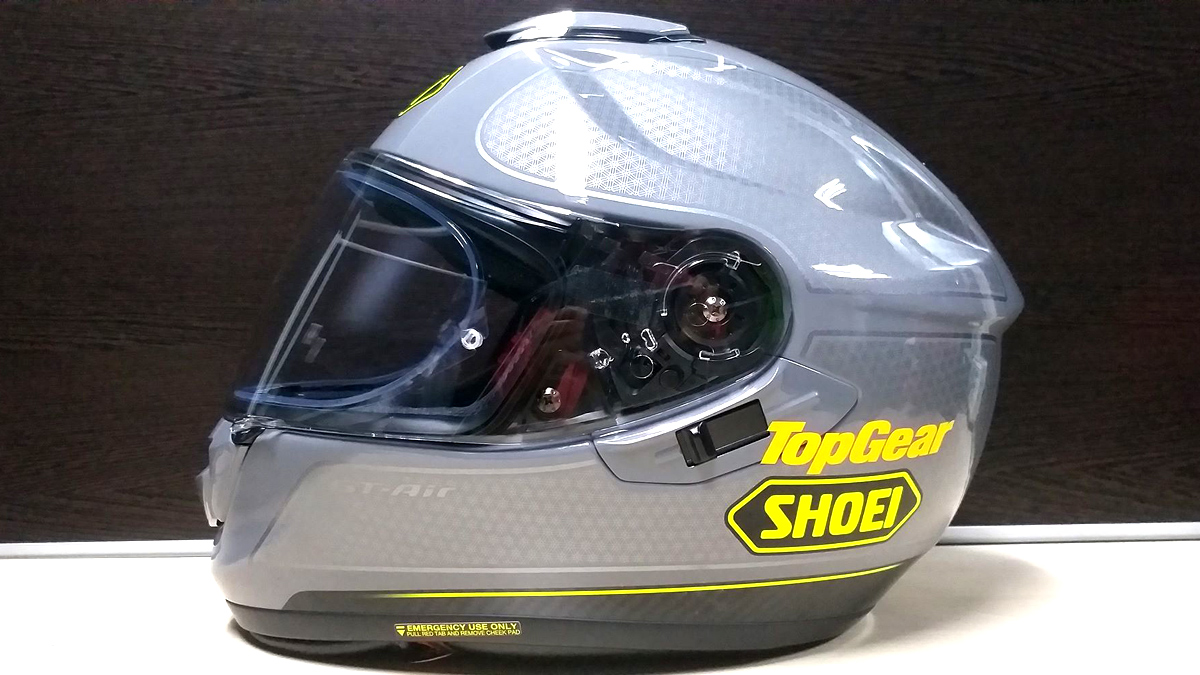 4 Simple tips you should know about motorcycle helmet maintenance
View other articles about:
Read the Story →
This article originally appeared on Topgear.com. Minor edits have been made by the TopGear.com.ph editors.
Share:
Retake this Poll
Quiz Results
Share:
Take this Quiz Again
TGP Rating:
/20