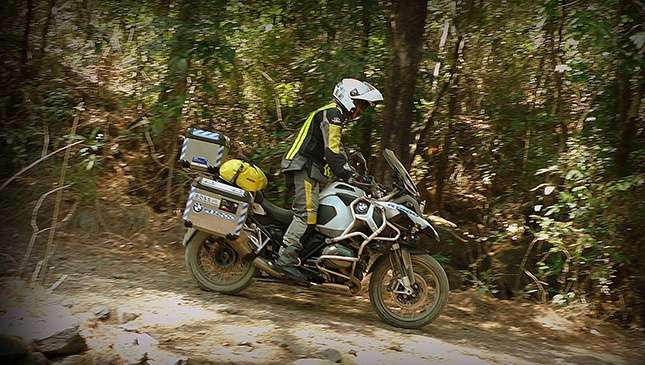 I can’t eat, I can’t sleep. It has been almost two decades when I last saw myself riding on rugged mountains and crossing deep rivers. Through the years, my off-road riding skills have become rusty.

When the invite to the BMW Touratech Adventure Travel event at the Coto Mines complex in Masinloc, Zambales came, I had mixed feelings in joining the event. Off-road riding is undoubtedly fun and challenging, but it can be potentially fatal, too. The night before the off-roading feat, my pre-ride anxiety attacks were almost unbearable.

To calm the riders, BMW Motorrad Philippines and Touratech Philippines spearheaded a one-day enduro training at the MX Messiah Fairgrounds in Taytay, Rizal. Supervised by BMW-certified training instructor Johnny Chen, 18 riders, including me, were taught to ride not only on rough, slippery surfaces, but also how to bail out from other road obstacles and run through tall jumps.

During the quickie sessions, we were trained on how to safely attack corners on gravel, and what to do when the motorbike stalls on the steep approach of a tabletop. Moreover, we were also given tips on how to recover a 250kg motorbike that fell on its side without seeking help.

Some rode well while others kissed the ground. Chen, a Taiwanese national, says it’s normal to fall during enduro trainings. Forget about foolish pride. The important thing, he added, is that a rider is safe and is able to ride again immediately after the incident.

At the end of the day, we all passed the training.

However, joining the BMW Touratech Adventure Travel Event at Coto Mines the next day was a totally different story. For us who participated in the enduro training, the adventure event was more like a test mission. This was the real McCoy!

Along with some 70 other riders, our objective was to reach the mining complex-turned-public resort in one piece, and savor the breathtaking view of the mountain range and its awesome forest cover.

Amid fears of riding through slippery stretches and narrow trails, everyone was looking forward to a relaxing dip in the so-called Kidz Pool, a river stream surrounded by huge boulders and old, tall trees. From a distance, there’s a dilapidated monkey bridge that serves as a diving platform for the big jump to the Kidz Pool.

Majority of the riders were mounted on tall, robust adventure bikes: BMW R1200s, KTM 1190 Adventures, and Ducati Multistradas. Others were on Ducati Scramblers, Husqvarna TR650s and Kawasaki Versys 1000s and 650s.

We left Manila shortly past 8am, and the first 300km along NLEX, SCTEX and national roads was so relaxing on-board the F700 GS lent to me by BMW Motorrad Philippines. It was perfect for my 5'6" build as it allowed my two feet to flatly touch the ground to balance the bike when slowing down or when coming to a full stop.

That weekend, I sensed that luck was on my side because the F700 is overflowing with the number '7.' It's propelled by a 798cc engine that spews 75hp and 77Nm. The F700 lacks the complexities of multiple electronic rider aids and is dependent only on ABS, which I turned off when rolling on loose gravel and rough strips. The low seat height and upright rider position of the F700 GS gave me tons of confidence in attacking the rugged terrain.

As we reached a public market, the riding mode turned serious. We became more cautious as we were welcomed by the gravel-filled stretches. Other than gravel, the remaining 28km before Coto Mines are marked with wet soil and damaged bridges. I just applied what Johnny taught us, and at the same time, gave the F700 GS my full trust for me to endure the 28km ordeal. Making things worse were stray dogs and farm animals that suddenly appeared out of nowhere.

As Chen told us earlier, falling from a bike during adventure rides is just normal. And just like dominos, a few riders who took the trail with extreme caution fell from their bikes. One even miscalculated a turn and crashed his bike while advancing to a makeshift bridge. He suffered a minor shoulder injury.

If we ignored Chen’s instructions to tightly clip the tank with our legs and fix our sight to the direction we wanted to go when negotiating a curve, we would have probably ended up in a deep ravine. Despite these challenges, the majority made it to Coto Mines still intact and triumphant.

At the campsite, portable speakers—powered by a power generator—gave us soothing music while we took a dip in the Kidz Pool with sizzling barbecue and ice cold beer in hand. In times like these, the rider camaraderie shines best.

Together, we celebrated a successful mission of not only surviving the treacherous trail, but also conquering the fear that initially haunted us.

And as a happy ending to the epic ride, I slept like a baby that night. 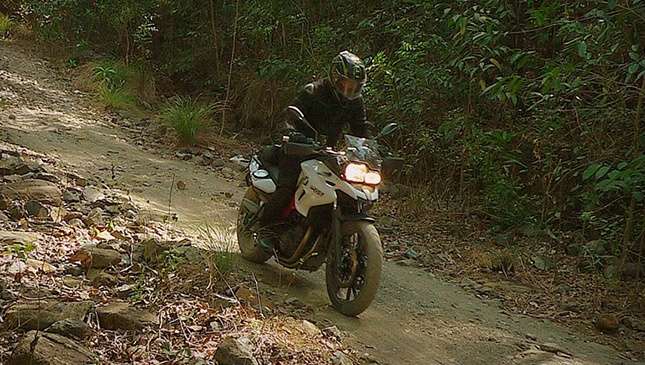 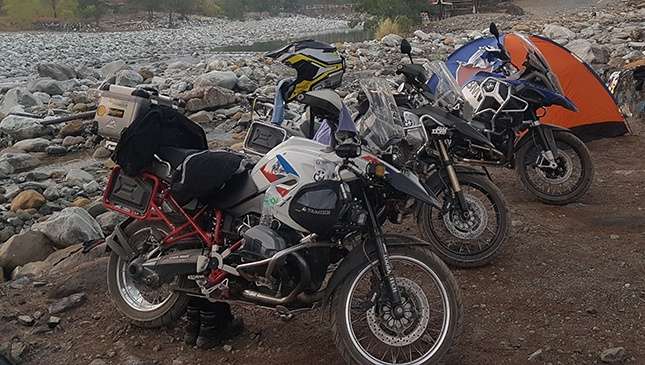 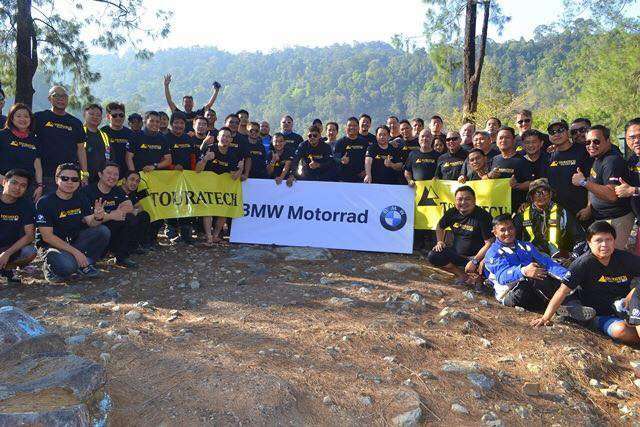 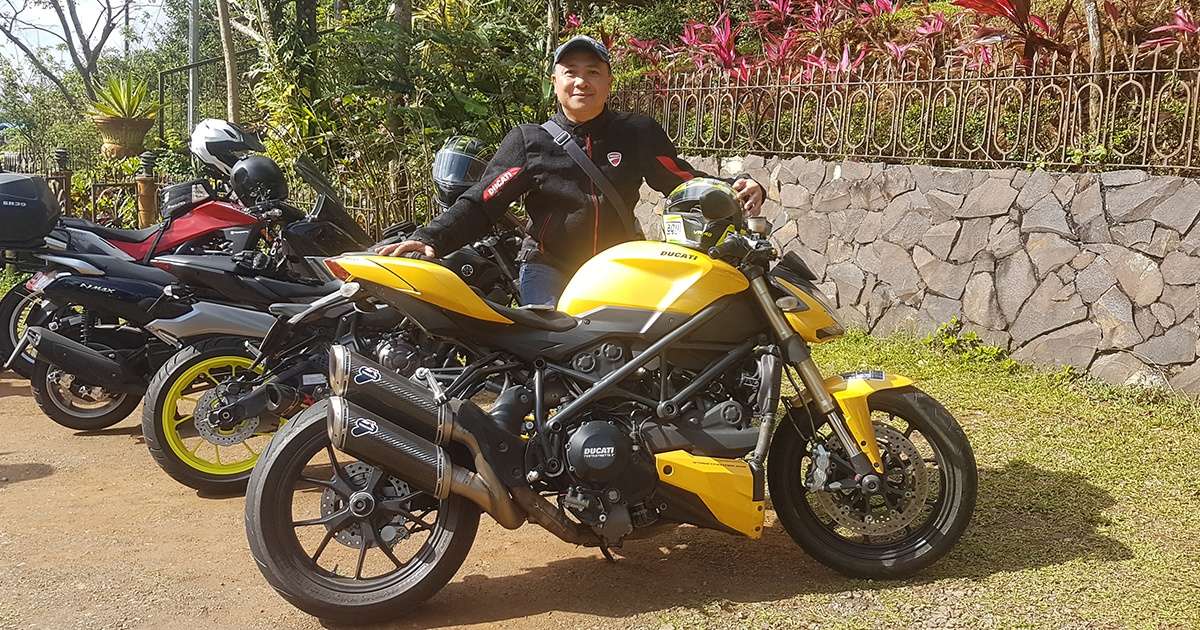 Koronadal mayor assures safety of motorcycle convention participants
View other articles about:
Read the Story →
This article originally appeared on Topgear.com. Minor edits have been made by the TopGear.com.ph editors.
Share:
Retake this Poll
Quiz Results
Share:
Take this Quiz Again
TGP Rating:
/20